Oregano or Origanum vulgare by its botanical name is a low-maintenance plant that can live up to ten years if you provide it with optimum conditions. It can be grown both indoors in a high humidity area or outdoors as well.

The Oregano plant is from the Oreganum genus, which contains a lot of perennial herbs and subshrubs. It is a native of western Asia and the Mediterranean region and belongs to the Lamiaceae family according to NC State University.

In order to grow your Oregano plant successfully, you should try to replicate the conditions in the Mediterranean.

Why did My Oregano Stop Growing After Sprouting?

Your Oregano may have stopped growing after sprouting because you are not providing it with enough sunlight. Sunlight is essential for your plant’s growth as it needs at least six hours of it. There may be other reasons such as overwatering, improper soil, extreme drought, or frost. 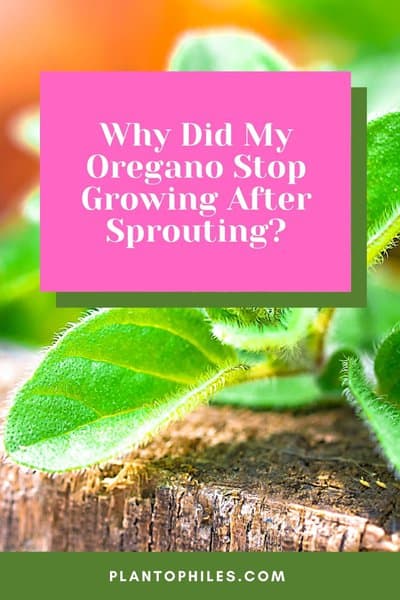 Why Did My Oregano Stop Growing After Sprouting?

10 Reasons Why Your Oregano Stopped Growing

The Oregano plant often stops growing once it has sprouted due to a lack of sunlight.

Without full sunlight, Oregano loses a lot of its flavor and will start to wilt. 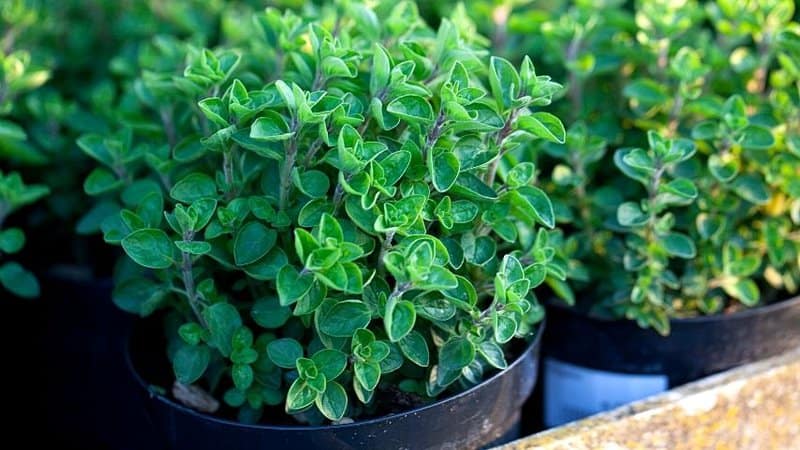 If you do not place oregano in an area receiving 6 hours of sunlight, it will stop growing

This plant thrives under bright sunlight, which is why anything less than six hours of sunlight will cause issues with growth.

This is why your Oregano plant may begin to slow down its growth during winters.

The oregano plant may seem like it requires a lot of watering. However, this plant does not require constant watering.

Overwatering can cause the roots of your oregano plant to start rotting, which will affect your plant’s overall health.

If you end up planting your Oregano plant in less nutrient-rich soil, then it will have adverse effects on your plant. 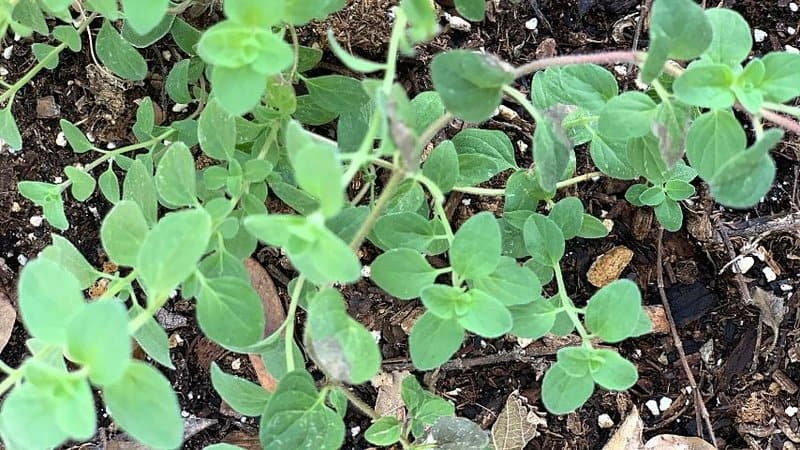 If you fail to plant oregano in a well-draining and nutrient-rich soil, it will stop growing

The oregano plant is mostly drought resistant. However, like any other plant, Oregano also requires water.

If dry conditions remain for several days where the soil becomes rock hard, your plant will die.

Winters are harsh for the Oregano plant as it does not grow well under cold temperatures. 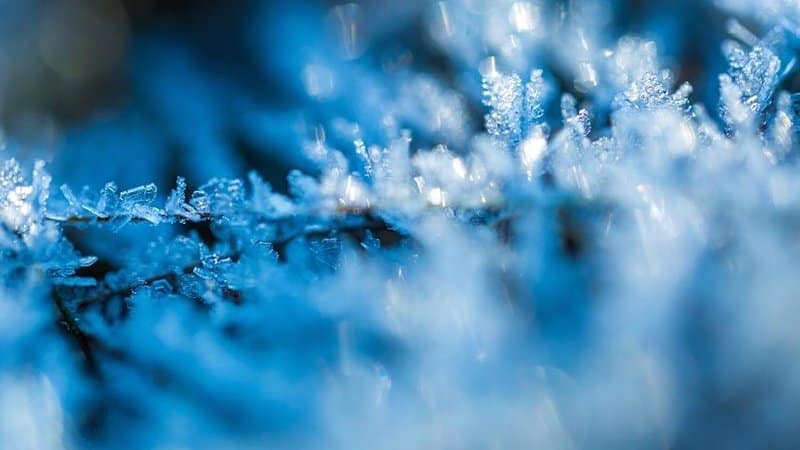 If your Oregano is not a fully matured plant, and winter arrives, it will freeze to death.

If you do not harvest your Oregano plant, then it will end up growing very slowly.

Harvesting is similar to pruning the plant, and pruning helps promote growth in every plant.

As said before, Oregano is a drought-resistant plant, which is why excess water is far more dangerous for it.

Thus, if your pots do not have proper drainage holes, then it can be dangerous for your plant.

This is because the excess water will end up causing the roots of your Oregano plants to start rotting.

Fungal disease is common in Oregano plants when they have been affected by several conditions such as overwatering, high humidity, slow-draining soil, and so on.

This disease can cause the roots of your Oregano plants to rot, which eventually ends up causing your plant to die.

When you use fertilizers with high nitrogen content, it ends up causing the leaves of your Oregano plant to become yellow.

Excess fertilizer can be extremely detrimental to the health of your Oregano plant.

All plants require space to grow, and if that is not provided, they often end up growing poorly due to a lack of nutrients. 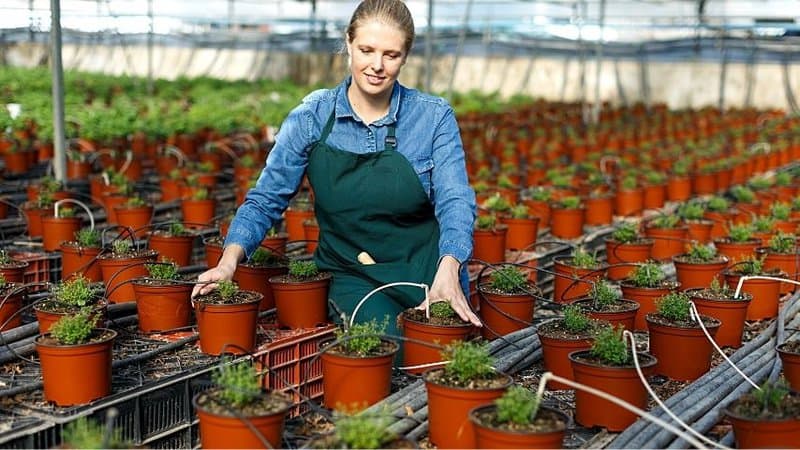 If you plant oregano in a pot too small for it, it will stop growing after sprouting

The same applies to Oregano plants as well.

10 Remedies for Oregano Plants Whose Growth Has Stopped

Oregano plants need to be kept under full sunlight for at least six hours a day.

You can do this by placing your plant near a south-facing window, as that is where the most sunlight is available.

You could also place your plant outdoors in the morning and bring it indoors at night when winter arrives. This will allow your Oregano plant to receive enough sunlight when there is a lack of it.

You should water your Oregano plants when the soil is completely dry. 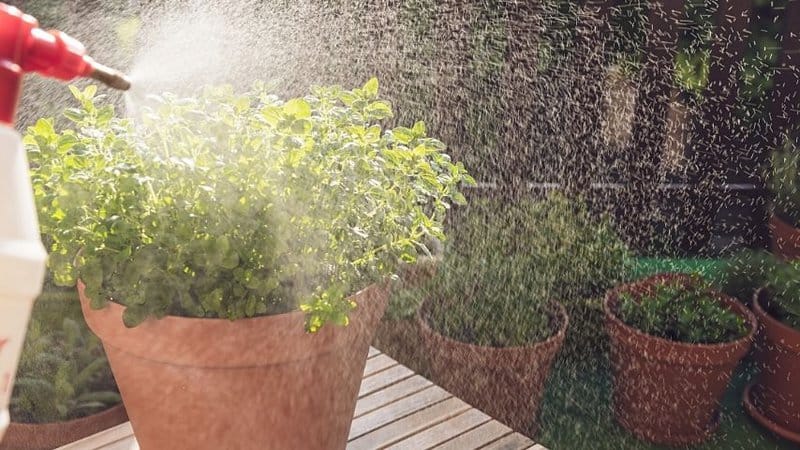 Don’t let the soil remain dry for long periods of time as your plant will end up wilting.

Place your Oregano plant in soil that is not only nutrient-rich, but also has good drainage. Nutrient-rich soil will allow you to use fewer fertilizers, which will keep the soil nutrients balanced.

If you keep your Oregano soil in clay soil, then it will die. This is because clay soils have bad aeration and drainage.

In order to avoid drought season, water your oregano frequently. Do not water it until the soil’s first 2 inches become dry.

Try also to place your plant under partial shade after it has received 6 hours of direct sunlight.

You can avoid getting your Oregano plant damaged from the frost by keeping it indoors during the winter season.

Let the plant get direct sunlight outdoors during the day and bring it back inside once it is evening.

Harvest your Oregano once it has become 4 to 5 inches long so that more of it can grow. Harvesting will promote further growth in your plant. 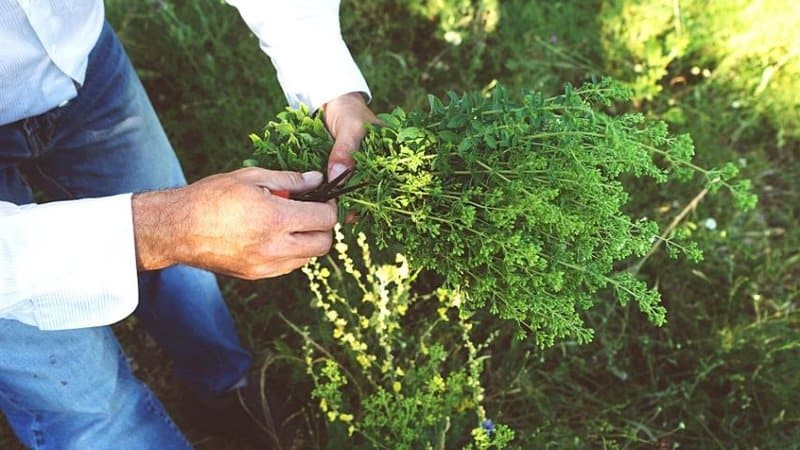 This will help it grow more leaves that are far more delicious than the previous ones.

This allows your plant to remain healthy as the roots won’t end up getting rotted.

Fungal diseases can be easily prevented if the plant is kept away from extreme conditions that do not suit it. Ensure you aren’t overwatering your plant.

Once you stop overwatering your plant, the fungal disease should start to subside.

Avoid the use of fertilizers that are nitrogen-rich.

Fertilize your Oregano only once during the summer, as that is when the growing season begins for the Oregano plant.

Make sure that the fertilizer you’ll use need not dilution. If it does, then follow the instructions as given on the packaging.

Ensure that once you repot your plant, the soil being used is rich in compost, and add a small amount of slow-release fertilizer.

Frequently Asked Questions about Why Oregano Isn’t Growing After Sprouting?

How long will it take to grow Oregano?

Growing Oregano can take up to forty-five days to grow. This is a very short time period since the plant is very hardy and does not require a lot of attention.

Can you easily grow Oregano?

If you provide your Oregano with adequate soil, a good watering schedule, and adequate sunlight, then your plant should grow easily.

How will you know if the Oregano is ready for harvesting?

Generally, you can pick Oregano once it is 4 to 5 inches long. But it is ready to be harvested completely once it starts to bloom.