Peat Moss: What it is and how it is used in Gardening

In the gardening sphere, peat moss is identified as a common medium for planting seedlings. People with sound know-how of gardening have probably heard of it at multiple instances. Therefore, as a gardening staple with a salient nature, it is important for us to de-mystify it.

In the gardening terms, peat moss is the characteristic, dark brown fibrous material resulting from the decomposition of organic material and sphagnum moss in peat bogs. It is a soft and light variant of regular soil with a crumbly feel.

Areas with sphagnum growth fertilize the formation of bogs and fens since the living and dead moss are observed to store water. The steady growth of bogs spreads across dry areas.

Eventually, live moss grows over the layer of dead moss; and the dead moss contributes to the formation of peat used as a gardening medium. This process of decomposition is a natural procedure that occurs in the absence of air and thus takes over thousands of years to complete.

Live Sphagnum Moss in the woods.

HOW TO USE PEAT MOSS?

Any amendments made to the soil increases its fertility and improves quality by providing essential nutrients. Similarly, peat moss is one of the key soil ingredients that improve soil health both, in bed and planters. The crumbly texture and a fibre-based structure allow peat to absorb a lot of water content and nutrients and releasing it on intervals as per the need.

However, understanding the advantages and disadvantages of peat before formally using it in our garden soil is of utmost importance, it will not only allow us to make an informed decision but also helps us in understanding the structure of our soil further.

THE PRO SIDE OF PEAT MOSS

The beneficial side of peat offers a vast range of pros that serve both, the garden and as well as the entire environment. Here are some of the most common benefits:

Peat moss as a soil amendment is known to improve the quality of the soil. As known, soil compaction harms gardens while reducing water absorption and affecting plant growth adversely. By resisting compaction, it ventilates oxygen deep into the soil bed, this phenomenon is commonly referred to as Aeration.

For dense soils, aeration allows proper drainage of water and peat moss eases out the draining process while absorbing moisture to prevent the soil from drying out.

Peat moss has a low pH value making it highly acidic. This acidity stipulates the growth of plants that are acid-loving by nature. For example, sweet corns, broccoli, cranberries, and blueberries are found to benefit majorly from it.

However, for gardening locations with plants that are less tolerant to acidic conditions, require some alkaline solutions to make the soil favourable for their growth.

Peat Moss is known for its weed and pest free sterile quality, making it the best choice when it comes to starting seeds. Seedlings are found to be sensitively prone to diseases caused by fungi, pertaining it to death.

However, the clean moss strongly discourages the growth of fungi which is why starting seeds in peat bedded containers allows the seedlings to grow early while giving you a considerable command over the germination trend and the seeding ecosystem itself.

Moreover, the controlled water absorption quality of peat prevents the soil from getting soggy which in turn saves the seedlings from rotting under the overly moist soil.

Considering the flip side of the coin, peat moss comes with certain drawbacks that have been debated by the gardening community for long. A few of these include:

One of the major cons of this soil amendment is its unsustainable cultivation from bogs as it tends to destroy the living organisms and releases huge amounts of carbon dioxide.

And it is known that the additional carbon dioxide in the air contributes to pollution and depletion of the ozone layer.

Since peat moss is a compressed moss that is pulled out of bogs, it requires the removal of living moss that grows on top of it; killing the bog ecosystems across the world. This disturbs the natural habitat leading to the displacement of flora and fauna.

Therefore, peat bogs by scientists and environmentalists are considered to be a distinguished yet fragile part of the environment. This raises the concern about the commercial production and usage of peat.

Alternate gardening staples to it include coconut fibres. These fibres are known to provide comparatively more sustainable when it comes to catering gardening needs in the absence of it.

To power, the growth of a healthy garden, the soil has to be nutrient-enriched. However, when compared to compost, peat moss does not contain any beneficial nutrition that is rich enough to nurture the growth of a luscious garden independently.

It is always used in combination with additional nutrients so that the nutrient-poor soil does not damage the structure of plants. Moreover, it doesn’t attract earthworms for the very same reason.

Earthworms are said to facilitate the process of aeration in the soil, however, in the absence of nutrients, they are not attracted to the soil.

As a result, the soil suffers from increased compaction, reducing the aeration within the soil bed. Eventually, plant roots start to suffer as the flow of oxygen is restricted to the roots, affecting the overall plant growth.

Peat moss goes under a long decaying process before its final formation. Any existence of diseases in the bog where peat harvesting begins can continue to multiply as peat develops.

These diseases tend to resonate throughout the soil and transfer from one plant to another, damaging the garden.

This can be better explained by the water retention capability of it; the water content in the soil eases the movement of pathogens from one plant root to another in the line.

This damage from peat moss diseases can hardly be identified since no exterior pests are exposing to the plant.

What is the difference between peat moss and cow manure?

It is acidic and repels water when it dries out completely. It is a partially decomposable material for plants. However, as it is completely broken, it has close to zero nutrient value.

On the other side, cow manure is organic matter that continues to break down, but it has more nutrient content as compared to peat moss. Both these materials are widely used as soil amends in horticulture but cannot be used as alternatives for one another as they stand with differing features.

What is coco peat moss?

Coco peat moss is an alternative to regular peat moss. It is commonly referred to as Coco Coir Peat and is an eco-friendly gardening material. It is made out of the fibrous material of the coconut namely, coco coir; a by-product of the coconut industry. If you mix coco peat in soil, it offers surprising benefits.

Similar to peat moss, adding coco coir to the soil also aids in speeding the aeration process and increases water retention. However, coco coir requires a lesser amount of water than moss for hydration. Coco coir has an edge over peat  in terms of sustainability and environment-friendliness.

Planet Natural talks about peat moss and coco coir giving a thorough comparison between the two for a better understanding.

Peat moss is commonly perceived to be expensive since it is commercially used in large quantities, making the barrel amount highly expensive.

To meet your finances, avoid using the moss only and instead use it in combination with your regular garden soil, this way you’ll be able to cut the costs and also get to enjoy the benefits of this gardening staple.

What is peat moss mostly used for?

Peat moss has several uses in the gardening sphere. It is majorly used for planting seedlings, potting soil, transplanting plants and composting to fertilize the plants.

What is the difference between peat moss and peat humus?

Peat humus is defined as the dead organic material that gathers up in the lower layers of peat bogs, this type of peat is highly decomposable. It has excellent soil conditioning properties but a fairly low water-holding capacity as compared to peat moss. However, it is comparatively a pricier choice among the soil amendments available.

What are some tips to use peat moss?

In order to avail maximum benefits from peat,  you can try following the following tips:

Garden Care– Peta moss helps condition garden soil, add a small amount of peat moss to your garden before you plant anything. It will not only improve the soil texture but also prevents the nutrients from running off. Dig down by hand, an inch of the moss into 6 inches of soil.

Straw Replacement – Spreading it over new-planted grass seeds rather than covering it with straw will help in the absorption of water quickly. It will also help the soil in the aeration process giving better growth.

Improve Compost – If you want to improve your compost then peat moss is a wise option to go for. Mix an inch of it for every 4 inches of compost and this will elevate the nutrient-dense nature of compost, making it more crumbly and easier to spread. You can then use it as a fertilizer for your lawn and other gardening locations for healthy plant growth.

It is an excellent gardening essential to boost the productivity of your garden. For decades, it has been serving the horticulture industry as a staple gardening material. Its prominent water retention capability, acidic pH value and a disinfected nature have qualified it to be a favourite when it comes to soil amends. However, in comparison to its renewable and eco-friendly alternatives, peat moss does come under criticism, questioning whether it should be as readily as has been over the past century. 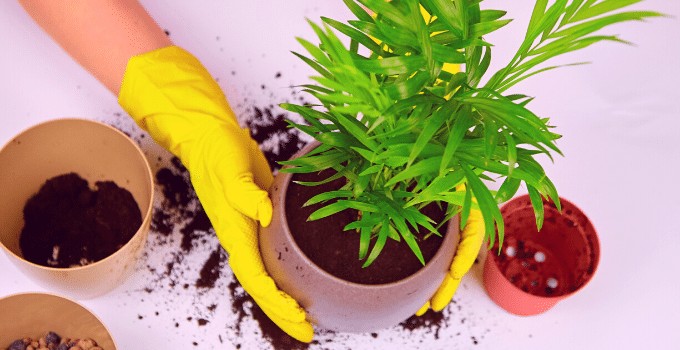 How to Grow Onions The Right Way | Plantophiles

[…] with fresh seeds each year. Start seeds indoors about six weeks before transplanting to the garden. Peat moss is great soil to get started with seedlings in […]