How To Plant Grass Seeds On Hard Dirt The Nifty Way 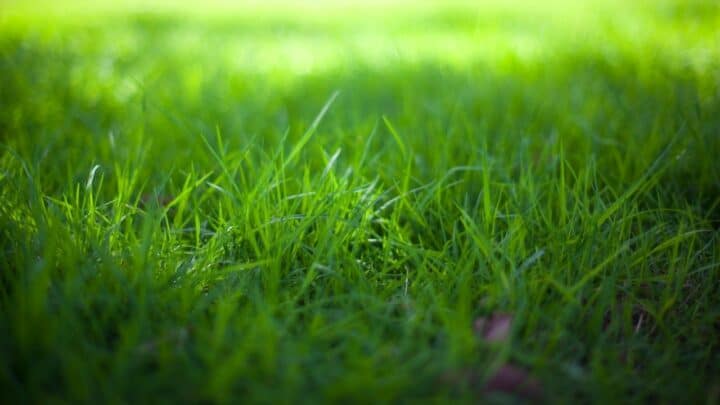 You’ve decided to grow a lawn in your yard, but the dirt is too hard to even begin thinking about planting.

So, how should you grow a lawn out of hard dirt?

How to plant grass seeds on hard dirt

You can only plant grass seeds in hard dirt if it is treated so that the air spaces between the soil clumps are large enough to allow micro-organisms and water to move through the soil. The soil must be aerated and mixed with the additives, then you will be able to plant the seeds in reconditioned hard dirt.

If there is hard dirt in your yard, it means that it hasn’t been worked on for a while.

The first thing you need to do to be able to grow grass seeds is to clear the area.

You can use a rake, or even a leaf blower, to get rid of any loose debris, such as leaves and dead grass.

I recommend marking around the area you want to plant so that people and vehicles will avoid it.

It is clear that hard dirt will need to be loosened so that the spaces between clumps can be allowed to expand.

Simply, you need to get air into the soil, so that water and micro-organisms will be able to move through it.

I recommend that you don’t till the soil, as this can break up the dirt into very small particles that stick together, rather than creating clumps, with spaces/pores in between.

When you water the soil, these particles stick together and the water cannot penetrate.

It is better to spike your soil to allow the air in. The easiest thing to do is to use a rake, or a scarifier, to puncture the surface of the soil quite gently.

The holes made by spiking the compacted soil in your yard will often only move the soil aside, which can then move back into the gaps.

It can be more effective to actually remove cores of dirt, so that there are gaps into which the clumps can move while leaving spaces between them.

To improve the quality of hard dirt, so that it will be able to support the growth of the grass seeds, you should introduce organic matter, as this helps to hold the soil in clusters, which then creates spaces.

In hard dirt, what is left behind of any decomposed plant remains is dried out and compressed so that it does not help to hold any water.

Mixing organic matter into soil in the form of compost will give the earthworms matter to process and will introduce micro-organisms and minerals.

You will need to decide how you are going to fertilize the soil as you plant and if you will use any form of mulch, which can help to hold water in the soil and also introduce more organic matter

You can purchase seed mixes that contain fertilizer for grass, which will make sure that the final soil is rich in necessary minerals.

The alternative is to fertilize once the seeds are planted, spreading the fertilizer on the surface.

When the soil in your yard has been prepared, you can finally plant the seeds!

The simplest way to do this is to use a seed mix that contains fertilizer, that you mix into the top layer of the soil.

You can also make small holes about 2 inches (5 centimeters) deep and place the seeds into these.

Preparing The Hard Dirt and the Reasons Behind It

Hard dirt, or soil that is severely compacted, is too dense to contain any air pockets cannot hold the water and nutrients that the roots of the grass will need to grow.

Soil that is healthy consists of basically two things: clumps, (made up of sand, clay, silt, and organic matter) and pores, or spaces.

It is important to have larger pores between the clumps of soil, so that water can penetrate easily.

Microorganisms and organic matter are all essential to keep soil healthy and fertile. They can only be held by soil that has clusters and larger spaces.

Earthworms are also important to keep soil healthy, as they break up organic matter.

They can travel more easily through soil that is relatively more loosely packed.

The spaces also allow the roots of the grass to move down through the soil, which means that the plants will be anchored and be allowed to grow strong.

Hard dirt is soil that has become compacted, which means that the particles have been squashed together, leaving only small gaps or pores between them.

Most ground that becomes very hard and compacted contains clay.

This is a type of ground that has very small particles that can cling to each other, rather than create clumps.

Soil becomes compacted during dry periods and when there has been a lot of ‘traffic’ over your yard.

Why is there a lot of hard dirt in my yard?

If the soil in your yard is hard, it is likely that it is rich in clay, because these soils become compacted and hard when there is less water in them. The particles are very small and become pushed together. A lot of people walking, and vehicles driving over your yard can compact the soil even more.

Should I till the hard dirt to prepare it for planting?

It is better to avoid tilling hard dirt, because this can break up the soil into very small particles, which stick together, rather than creating clumps and relatively large spaces in between.

Will spiking the dirt aerate it sufficiently?

Spiking hard dirt is the most effective way to aerate it. Making narrow holes may be insufficient, though, as this tends to introduce quite narrow holes that really push the particles out of the way, so they will simply come together again when the dirt is watered.

Now you know what to do when you want to turn a patch of your hard-packed yard into a lawn.

The key is to prepare the ground carefully so that the seeds will have the correct conditions in which to grow. 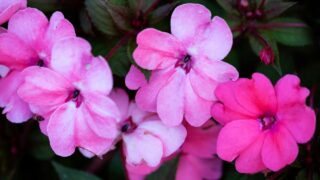 Previous
Why are My Impatiens Not Blooming? Things You Should Know 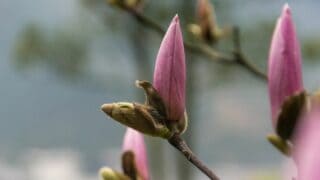 Next
Why Is My Plumeria Not Blooming? Here's Why