I am using Lechuza Pon now for more than 3 years.

When I started caring for houseplants I started with regular potting soil which was a big mistake.

A lot of tropical plants need a loose well-draining potting mix that consists of chunky bits such as perlite, pumice, orchid bark, and charcoal.

After choosing the right soil comes the challenge of watering houseplants correctly.

It shouldn’t be too much water but also not too little.

This can be cumbersome and the negative effects of overwatering can be that you lose your leafy friend.

So it is not surprising that I was looking for an alternative and found Lechuza Pon that I am going to fully review in this article.

We get commissions for purchases made through links in this post.

What is Lechuza Pon?

Lechuza Pon is an inorganic potting substrate consisting of mineral stones and added in slow-release fertilizer. It has an air/water ratio of 45% water and 55% air. It is well-draining and allows for constant airflow to the roots of plants. Lechuza planters have a water reservoir and a wick that allow for constant watering through the capillary effect as found in passive hydroponics systems. 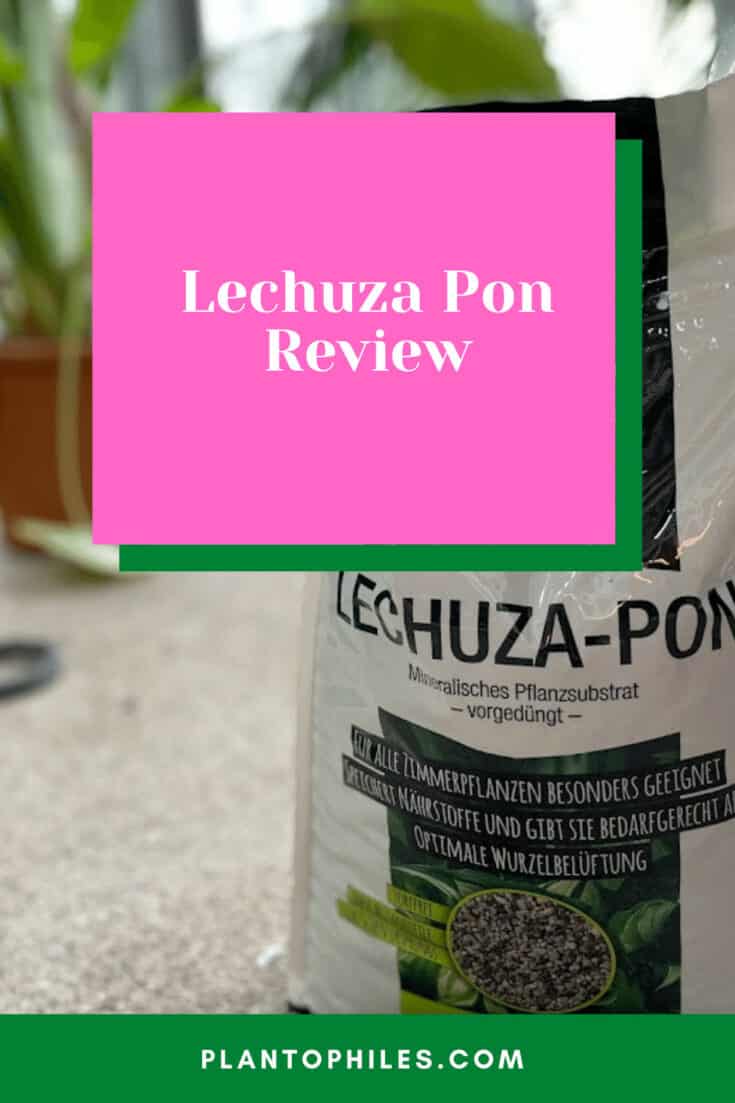 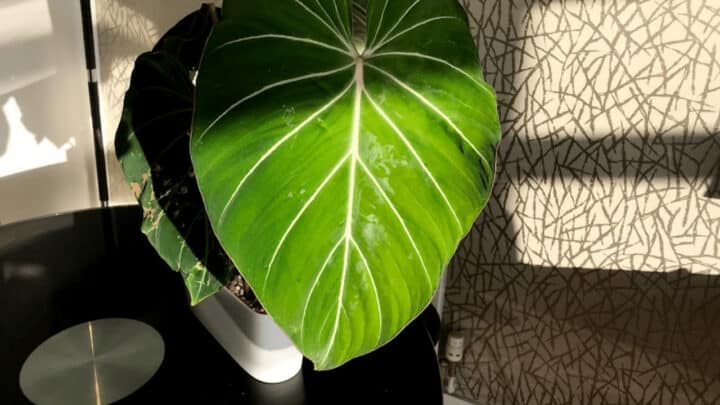 I am caring mostly for aroid plants such as Monstera and Philodendron.

These plants are mostly climbers, some of them such as Philodendron Gloriosum, and others are crawlers.

What they have in common is that they need very airy, well-draining soil.

It took me some time to understand the concept, but air needs to be able to flow to the roots constantly.

Otherwise, there is a chance of root rot developing.

This is when roots are rooting away.

It is highly infectious, happens when you are watering too much in combination with a dense potting mix.

At the beginning of keeping houseplants, this used to happen to me a lot.

I was using the wrong substrate and was also watering too much.

This was about 3 years ago and I was looking for a new solution.

This is when I ordered my first Lechuza planter that comes with some Lechuza pon already included.

These are my findings after using Lechuza Pon for years for my Monstera, Philodendron, Cacti, and Begonia plants.

What comes with a Lechuza Planter 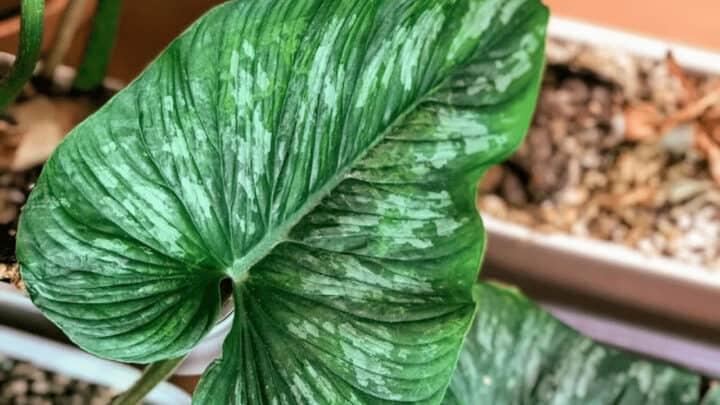 The Lechuza planters all come with the following as well as some Lechuza pon already included: 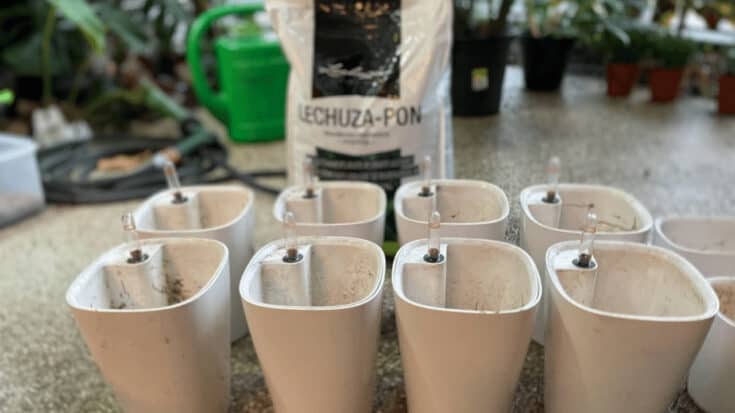 Some of my used Lechuza Deltini Planters

As you can see I listed several advantages and disadvantages of using Lechuza Pon.

In the end, what counts for me personally is how my plants are doing.

The truth is, my plants love Lechza Pon.

The root systems go crazy in Lechuza Pon due to the air pockets and airflow that the Lechuza system allows.

In addition, your plants are watered constantly.

The nutrients that are present in the form of slow-release fertilizer in the substrate release micro and macronutrients to the plants all the time.

This results in vigorous growth.

I have countless Lechuza planters such as the Deltini and Delta.

Deltini is great for climbers such as Monstera Adansonii, Pothos, and climbing Philodendron that do not get too big.

Lechuza Delta is great for crawlers such as Philodendron Mamei, Philodendron Gloriosum as these planters are wide and slim.

Perfect for plants to crawl.

For larger plants such as Monstera Deliciosa, you will want something bigger such as Lechuza Classico, Cube, or Cubico.

According to Lechuza, the Lechuza Pon substrate consists of the following ingredients:

The lava stone, Zeolite, and Pumice are porous and will make sure water is wicked up and nutrients are stored and reach the roots of your plants.

The slow-release fertilizer is already added to the substrate mix and will last for 6 months according to the supplier. 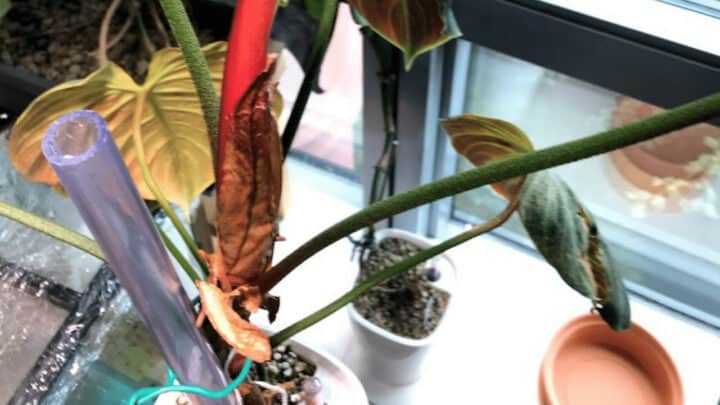 It is important to realize that whenever you buy a planter you will get some pon already with it.

This can be sufficient to fill a planter but will heavily depend on the size of your plant and also the root system and the substrate that you add to the planter.

Boon Bonsai Soil Mix consists of pumice, lava, charcoal, and Akadama which is a clay-like substance.

A similar alternative is the Bonsai All-Purpose Mix with Pumice, Clay, Lava, and Pine Bark.

The Pine Bark differentiates this mix from the other two as it is an organic ingredient. 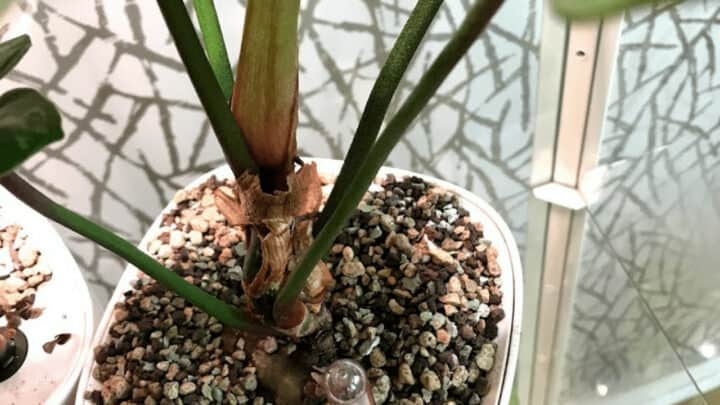 Perlite is a granular substance that is lightweight.

It is often used to make soil airier and is found in lots of potting mixes.

Perlite is expanded volcanic glass that is heated to temperatures above 183 degrees Fahrenheit (1000 degrees Celsius).

In some ways, Lechuza Pon and perlite are very similar as both are very airy and porous.

They allow for well-draining soil and airflow to the roots.

The main difference is that Lechza Pon is a mix of different ingredients such as Lava stone, zeolite, and pumice as well as fertilizer whereas perlite has one source only.

In addition, perlite is much much lighter than Lechuza Pon and it is neutral and doesn’t contain any nutrients.

With perlite, you have to use additional fertilizer.

Regarding perlite, I found it to be so light that it can be difficult to hold heavier plants in as also moss poles and supporting structures and sticks are harder to place.

A further disadvantage is that perlite is very very dusty and squished easily leaving residue everywhere.

In conclusion, perlite is more of an ingredient for potting mixes than a standalone.

Although I personally know lots of people using perlite to propagate cuttings because of its wicking function and the fact that it is neutral and inorganic.

How to Use Lechuza Pon

It is important to talk about how to correctly use Lechuza Pon as I used it wrong in the beginning.

When using Lechuza Pon,  you don’t have to remove the soil from the roots of your plants!

I repeat it once again.

You can leave on the potting soil that is already on the roots.

Effectively you can take the whole plant including the soil you have in the previous pot and plant it into the Lechuza planter and add in Lechuza Pon.

In the beginning, I stressed my plants and surgically removed all the soil from the roots of my plants before moving them over to Lechuza.

This procedure was learned from moving plants from the soil over to clay balls also called leca or hydroton.

Just note that you can use 100% Lechuza Pon or you can have a mix of soil and Lechuza Pon.

Just don’t mix Sphagnum Moss with Pon as this mix will be too airy and result in root rot.

So how do you use Lechuza Pon?

The water reservoir should be sufficient for 2-3 weeks and will simplify watering tremendously.

The best thing is you can go on holiday (even in summer) for several weeks without having to hand over your plant collection to a newbie and having to worry every day.

And Lechuza Pon can be used for indoor and outdoor plants.

Lechuza Pon works great for orchids. I have several Phalaenopsis orchids that I keep 100% in pon.

The root development is great and the orchids are thanking it by producing multiple flower stalks and flowers several times a year.

Anything apart from orchid bark and clay balls has been a challenge for me when caring for orchids.

What a relief when I found out that Lechuza Pon works as well.

I suppose that Lechuza Pon was originally developed for orchids and then later on people realized it can be used for other plants as well.

How to Water Lechuza Pon

Watering with Lechuza Pon is simple and straightforward.

There is a water reservoir underneath, at the bottom of each pot.

This can be filled up until you reach the red line of the water indicator.

For some of the pots you can pour the water into an opening so the plants are only watered from the bottom up.

Other Lechuza pots do not have this and you either take the inner pot or net pot out and pour water into the reservoir or you water them like you would water any other pot.

Usually, the water reservoir is sufficient for 2-3 weeks before you have to water again.

It is also advised to let the water reservoir be empty for 2-3 days before watering again.

Because otherwise, the roots might rot because the Lechuza Pon keeps rot slightly moist at all times.

This will also help plants to develop stronger roots as the roots will be venturing into the potting mix in search of water.

Where to Buy Lechuza Pon

You can buy Lechuza Pon in the following shops:

If Lechuza Pon is not available, can I also create my own DIY mix?

You certainly can as Lechuza Pon is quite popular and chances are that you won’t always be able to buy it.

In order to mix your own potting mix you will need:

This will not be 100% the same as Lechuza Pon Soil as the Lechuza Granulate also contains fertilizer.

As long as you do not forget to fertilize every 2-3 weeks, you should be fine.

Where does Lechuza Pon come from?

Lechuza is a product from the Horst Brandstätter Group, a company based in Germany, and was launched in 2000. Playmobil, a well-known toy company selling plastic figures in Europe also belongs to the same group of companies.

What is Lechuza Pon?

Lechuza is a specific irrigation system developed by Lechuza and is sold with Lechuza Pon. Pon is granulated hydroponic soil consisting of zeolite, lava rock, pumice, and fertilizer.

How much Lechuza Pon Goes in a Balconera 50?

In a Barcelonera fit 18l (4.8 gallons) of Lechuza Pon substrate.

What does Lechuza Pon mean?

Lechuza stands for the Lechuza brand and Pon is the granulated hydroponic soil developed by Lechuza. Lechuza itself means owl in Spanish.

How to use Lechuza Pon?

You can use Lechuza Pon as a 100% substitute for potting soil or any other plant growing medium for indoor or outdoor plants. It is hydroponic soil but the regular potting soil does not have to be removed when planting with this substrate. This is unlike other hydroponic potting media such as clay balls where you have to remove all the soil.

How to water Lechuza Pon?

The Lechuza Irrigation System works with a water reservoir at the bottom of the pot. This has to be filled up once it is completely empty.