How to Get Rid of Springtails in the Soil 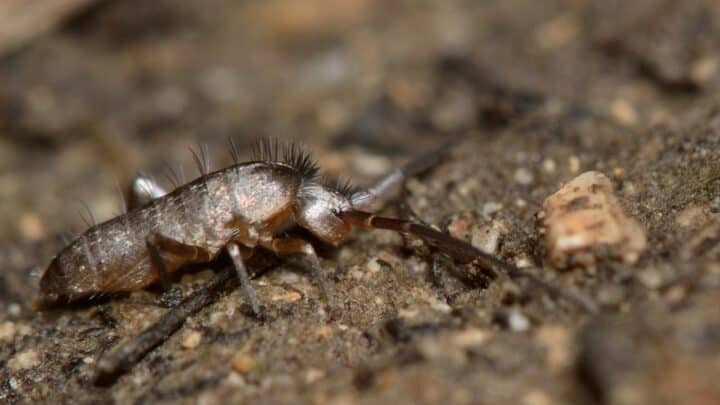 Springtails (order Collembola) are tiny, wingless creatures with a brown, gray, or white body that can amass in large numbers and is widely thought to be a nuisance.

While they can damage plants, especially seedlings, these tiny hexapods (they’re no longer classified as insects) are mostly just annoying and alarming when they gather in large numbers.

Of course, they live in the soil and will happily munch away at the roots and leaves of your plants, which can reduce vigor and cause leaf yellowing.

They can even kill seedlings if they manifest in big enough numbers.

Springtails live in soil, but they will happily move into your house (don’t expect them to pay rent, either) and congregate anywhere there’s moisture.

So, we’re going to help you learn the best control methods for springtails while they’re still in the soil before they decide to take up residence in your home.

How to Get Rid of Springtails in the Soil

If you’ve got springtails in your soil, traditional insecticides won’t work. Instead, let the soil dry completely before planting. You can also use insect growth regulators, diatomaceous earth, or even neem oil. Or, vacuum springtails into soapy water when they appear in large numbers.

Reduce Excess Moisture in the Soil

The number one way to control springtails is prevention.

Unfortunately, once they’ve already infested in large numbers, it can be difficult to eliminate them since most traditional insecticides won’t work.

Some other ways to reduce the amount of moisture and damp spots include spending time and effort cleaning up the garden when the season is over.

If the soil is left full of decayed plant matter, it’s essentially one giant dinner bell that’s calling to every springtail in close proximity.

To them, rotting mulch and moist soil is one giant luxury hotel where they can nest and have everything they need right there: food and water.

You should also take the time to identify wet spots and then turn the soil, as this will cause the nymphs and eggs to dry out, effectively culling their numbers.

To prevent springtails in potted plants, you should allow the soil to dry out completely before planting.

Or, you can try using sterilized soil. You can sterilize soil with the microwave, oven, or even the sun.

However, the microwave is a quick and easy way to get clean, sterile soil without buying potting soil.

If you already have springtails in the soil of your potted plants, there are a few different ways you can use to control their numbers.

We’re going to discuss those now!

Using diatomaceous earth is an excellent method for controlling insect populations, and it will help control springtails too, even though they’re not technically an insect.

Diatomaceous earth, simply put, is the diatom skeletons that are fossilized. Remember how we said that springtails need moisture, or they’ll dry out and die?

Well, that’s how diatomaceous earth works—those tiny fossilized diatoms cut into the springtails, and they absorb the oils and fats from the skeletons, which then dries them out.

Diatomaceous earth is a great natural option to control springtails, but remember that it will also harm other beneficial insects.

You can use this type of control method with potted soil or in your garden, too.

Insect growth regulators, for those who don’t know what they are, are a special type of insecticides.

Look for one called Azadirachtin, which will disrupt the springtail’s growth by essentially starving them. It works by limiting their synthesis and metabolism.

The main ingredient of Azadirachtin comes from the neem tree, so you could also try using neem oil for controlling a springtail infestation.

First, look for their nesting sites by digging in the soil or turning over mulch, compost, or decayed plant matter. Then, spray the nesting sites with the growth regulator for effective control.

Another method for controlling springtails is using cedar essential oil.

However, the cedar oil must be unpurified for it to be effective. Try spraying plants with a mixture of half oil, half water.

While springtails love to hide in soil, they will nest anywhere they can have access to water, including the inside of your home.

If they’re starting to congregate in large numbers, you can use one last method for controlling their population: vacuuming them up.

To accomplish this, you’ll need a wet-dry shop vac.

Mix up a small amount of soapy water (maybe two or three cups) and put it in the belly of the vacuum. Then, head out to where the infestation is at its worst.

Using the vacuum, suck up all the springtails you can see. They’ll travel down into the vacuum and then drown in the soapy water.

This is an effective way to handle a huge springtail infestation. Just be vigilant in your vacuuming, and it should be reasonably easy to control their numbers.

Many people often mistake springtails for fleas since they’re both incredibly small and have a distinctive jumping motion when disturbed.

However, springtails aren’t fleas, and they don’t bite humans or animals. Instead, they feed on the root systems and leaves of plants.

While they won’t cause extensive damage to mature plants, they reduce vigor and will cause leaves to turn yellow or look wilted.

Large infestations can also kill seedlings before they have a chance to grow.

These hexapods require lots of water to live, and they’ll dry out and die if they don’t get enough moisture every day.

This information is essential because it ties into the best methods for controlling springtails, which we’re going to discuss now.

Springtails may be microscopic (only 1/16 of an inch!), but they can cause larger-than-life damage if their population is unchecked.

They won’t cause a healthy adult plant to die, but they can effectively kill seedlings by chowing down on their roots and leaves.

They can also reduce vigor and cause leaves to wilt or turn yellow and raggedy.

Also, traditional insecticides won’t work on springtails. To prevent an infestation from occurring, reduce the amount of excess moisture in the soil and turn it over frequently.

You can also use sterilized soil for your potted plants to help prevent them from infesting your plants.

If they’re present in large enough numbers, you can try vacuuming them up into a bin of soapy water, which is an effective way to cull their population.

However, if you have healthy adult plants and only a small infestation, it’s probably okay to just leave them alone. Really, they’re more of an annoyance than anything else.

If you have larger infestations, all of the control methods listed above will effectively eliminate a springtail problem.

Before you know it, the tiny creatures will be gone, and you’ll have beautiful, healthy green plants again! 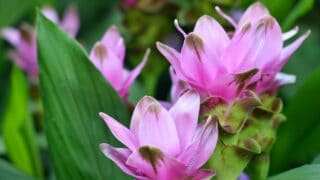 Previous
How to Grow Curcuma — Your Very Own Turmeric Plant! 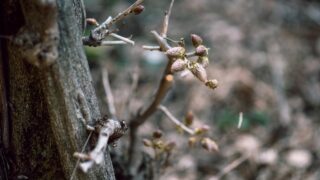 Next
Why Are My Wisterias Not Blooming? Why, Indeed?