Agave Decipiens Care Explained – Once And For All! 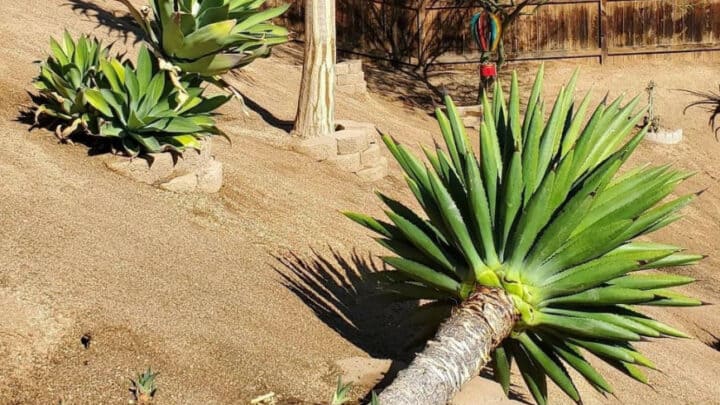 The Agave Decipiens is a striking evergreen, originating in Florida. Low maintenance and slow-growing, this is a solid plant that gives a dramatic backdrop to more colorful ones in your collection.

Growing to over 10 feet wide in the wild, this plant is easy to propagate, simple to keep alive and very pleasing to the eye.

Previously not commercially widespread, the Agave Decipiens has become popular in areas that are prone to drought and water restrictions due to its drought tolerance.

Read on to find out all about the Agave Decipiens – also known as the False Sisal.

You’ll not need to apply too much effort when caring for your Agave Decipiens. Ensure you place it in an area where it can be exposed to good levels of sunlight. Water it on a consistent schedule – about once a week – but be sure not to overwater once it is mature. Soil should be well-draining, sandy, lightly acidic, and dry in between watering. Native to Florida, the Agave Decipiens prefers higher levels of humidity, but can also tolerate lower temperatures down to 25 degrees Fahrenheit. Keep an eye out for the signs of root rot or crown rot, as well as the odd snout weevil, all of which can be fatal for your Agave Decipiens.

I really love the look of the Agave Decipiens. Consisting of tooth edged leaves that come from the centre of the plant, it certainly is a striking accompaniment to any windowsill or conservatory.

The leaves form a bright green rosette pattern originating from the plant’s crown. It generally grows to around 5 feet wide, but in the wild can get to up to as much as 10 feet.

This usually happens in areas that don’t experience a frost. As with other Agaves, the Decipiens doesn’t flower throughout its lifetime until the end – usually in the fall or early winter.

At this point, the mature plant will produce a tall yellow flower before dying back. But don’t worry – the offshoots produced mean you can continue the legacy of this dramatic plant long after the first one is gone.

The Agave Decipiens loves the sunlight, however it also tolerates light shade too. In fact, if you do give it partial shade it will tend to grow larger and a nice deep green colour.

In the warmer months, take your plant outside now and again to let it bask in the sun’s rays. However, be careful of high sun. An indoor Agave won’t be used to the suns strong rays and could get scorched.

This would result in unsightly brown patches on its beautiful leaves – you don’t want that of course. So, the optimal place for it to spend most of the time is on a bright window sill that gets plenty of sun.

The Agave Decipiens, like many other succulents, hates to have wet roots. You’ll need to adopt a watering schedule that ensures the soil isn’t too wet.

Once a week should be fine once you are in the growth period. Over the winter, you could water less regularly until spring.

You’ll want to leave the soil to dry out in between watering. Make sure that you never leave it sitting in a pot of water if you are going away for a few weeks – this can expose the plant to unsightly fungal infections and even death.

A well-draining sandy soil will be best for this plant. This would emulate the conditions that it experiences in its native Florida.

Usually, the Agave Decipiens is found in the Everglades, and as such can tolerate heavy rainfall, as long as the soil is well draining.

A potting mix blended with gravel, sand or pumice is best. This will create the ideal soil conditions in which your plant can flourish.

The pumice or sand mix will ensure the soil will drain well, but also remain slightly moist. This will replicate the marshy conditions the plant sees in the wild.

Never let your Agave Decipiens sit in soggy soil, and ensure the pot has at least 2 drain holes.

If the roots get exposed to too much pooled water, they will likely develop root rot which can be fatal to an Agave. Make sure you also keep the crown well above the soil line when potting.

This succulent is pretty hardy, and can stomach temperatures down to around 25 degrees Fahrenheit.

It will also be comfortable in much warmer temperatures – up to 120 degrees Fahrenheit (around 50 degrees Celsius). So, it is nice for the plant to be “let outdoors” in the summer months to bask in the heat.

Make sure however you do not expose it to frost often, as this can cause damage to the leaves and root system, especially in younger plants.

The Agave Decipiens loves humid environments. Coming from Florida, these are conditions in which the plant will thrive. As a result, it can tolerate much higher levels of humidity than other species of Agave.

The Agave Decipiens is propagated by the basal growths.  It’s generally a straightforward process, although you need to be careful when extracting the suckers.

Removal of the suckers

Wait until spring or early summer in order to remove the suckers at the base of the plant. Do this carefully so as not to damage the rest of the surface. Best to wear gloves as you go to avoid any injury. The base of the main plant is likely to be surrounded by spikes

No special treatment is needed for the removed cuttings. But, you will want to leave them to dry out for a few days before replanting

Once dry, insert your cuttings into some moist compost and follow the regular watering schedule

You will generally be able to keep the new plants in their own individual pots for up to a year until they need replanted.

The Agave Decipiens is unfortunately quite slow growing, so do not expect a huge display of gorgeous green leaves immediately. Patience is key with this lovely plant, and you will eventually be rewarded with its beautiful and healthy looking leaves.

Expect it to grow up to around 5 feet wide. In the wild, it can spread up to 10 feet in width, but this generally occurs only in frost free areas. You can grow the Agave Decipiens indoors in pots and containers.

It generally does well as long as the light and drainage requirements are met.

The spikes can be pretty sharp! Keep it therefore away from kids and animals, and away from areas with high footfall. Spiking can sometimes cause mild swelling. If this occurs, rinse out the area immediately.

The Agave Decipiens is generally quite easy to care for, provided you follow the above tips.

There are however some things you need to look out for, as with all plants. Here are a few of the most frequently experienced problems with the Agave Decipiens. Follow these to keep this plant looking its best.

A common problem for many variants of succulents, including also Cacti, the Agave Decipiens can experience root rot. Generally eventually fatal, it will cause fungal infections to the roots.

It is caused by soil that is not draining well, and the roots sitting in pooled stagnant water. Signs of root rot include a soggy and unhealthy looking base, or leaves coming away from the root.

Make sure you let the soil dry out before watering, and never leave the pot sitting in a larger pot of water (if for example you are going on vacation)

Eventually, the roots will be destroyed to the point that your Agave Decipiens will fall over.

This happens because there is no longer a strong system in place in which the plant can anchor itself. Prevent this by following the guidance for avoiding root rot.

The opposite of root rot, crown rot can also be bothersome to the Agave Decipiens. It is caused when the crown of the plant is planted too close to the soil level.

This results in water pooling in the crown, which eventually leads to infection. Signs of crown rot include grey growths on the leaves, or in severe cases, the leaves turning completely grey and lifting away from the crown.

Prevent this by insuring there is enough space between the crown and the soil, and do not water directly into the plant.

Keen and budding Agave lovers will generally know about the Agave Snout Weevil.

These weevils can grow up to around half an inch long. They attach by punching into the stem of the plant and laying eggs. The plant will likely die if this is uncontrolled, and the infestation can easily spread to surrounding plants.

Did you know that the hatched eggs turn into the worm that you can see in a tequila bottle? Destroy any signs of infestation immediately and remove the affected areas away from other plants fast.

Although this gorgeous plant can tolerate high temperatures and loves the sun, you need to be careful with your house grown variant. It will definitely benefit from a few hours here and there outdoors in direct sunlight for sure.

But it will not be used to strong, direct, summer midday sun. Make sure you bring it back indoors before then or create some shade so your Agave Decipiens can enjoy a bit of fresh air.

Signs of sun damage on the plant can include unsightly brown patches. You can remove these affected areas. The good news is that the rest of the plant, and any new growth it experiences, will be largely unaffected.

What happened to my Agave Decipiens? It tipped right over!

The sounds like it could be root rot. If your Agave is over watered and sitting in soggy soil, this condition becomes a real risk. If you don’t leave the soil to dry out properly root rot can set in pretty fast. Eventually, the rot will erode the root system and the plant will fall over. The problem here is that you cannot see root rot developing under the soil levels until it is too late. Avoid this risk by following the soil and watering tips in this guide.

Can I keep an Agave Decipiens indoors?

Generally yes, as long as you give the plant enough exposure to bright light. Every now and again you should take your Agave Decipiens outside to enjoy the sun, but keep it out of direct midday scorching.

Why is my Agave Decipiens not flowering?

Fans of the Agave Decipiens usually get pretty sad when they see their plant approaching flowering. They know that this is a sign that the plant’s lifecycle is coming to an end. So, it is actually pretty good that your plant is not flowering! Eventually when this does happen, you can propagate the growths of the plant to continue its legacy!

A striking Florida native, the Agave Decipiens is less well known than for example the Agave Americana. Slower growing, it requires a lot of patience but just a little bit of care in order to get this plant to flourish. Consider adding it to your collection and you will not be disappointed. 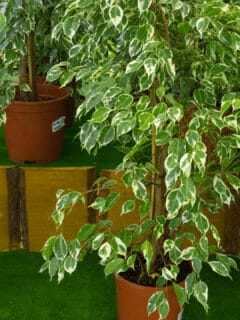 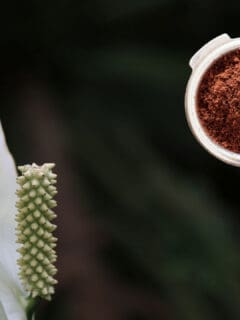