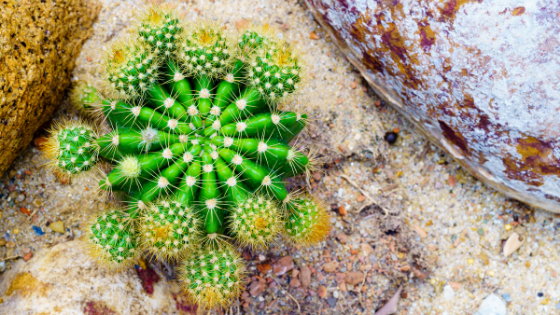 Being a part of the cactus family, Echinopsis oxygona, spelled ek-in-OP-sis ok-SEE-goh-nuh according to the NC State University, is a sweet looking and smelling plant to add to your home of houseplants.

This cacti species is native to parts of Argentina, Brazil, and Bolivia. In nature, they grow on walls and rocky terrain of grasslands and deciduous forests.

This cute, dainty cactus may be lonely and small at first, but they grow bulbous over time with more stems sprouting from the main parent plant.

Each stem has many ribs that have multiple areoles and spines. For a cactus, they are easy to care for as they can sustain when left alone.

However, it is a given to take the utmost proper care for this cacti species, as you would all plants, to let them thrive. Go through this plant care guide to see how to do so.

You can go for a standard cactus soil mix and add in some loam or sand. The loam, which is made of sand, silt, and a bit of clay, will give a boost for the growth of this cactus and would better help in its drainage with its porous texture.

Overall, an Echinopsis oxygona lives well in soil that has a relatively lower pH level.

To understand how to find or create the best soil mix for cacti plants, check out our soil mix guide.

An Echinopsis oxygona appreciates bright light and can tolerate high doses of sunlight, especially during its growing season. This amount of light would not only promote its growth but also help the flowers blossom and for the spines to grow.

As a note of precaution, though this cacti species enjoy bright light, do avoid conditions when it is scorching hot.

It is best not to place the plant directly under the sun during peak sunlight hours of the day. In the cooler winter months, you can move this plant indoors in a shaded spot as a period of dormancy is encouraged for its rest.

Watering is essential for the growth and sustenance of an Echinopsis oxygona. When watering, practice using a soak-and-dry method. This means that you should wait for the soil to completely dry from its previous watering before nourishing it with water again.

What this cacti species do not like is when it sits in moist or soaked water for a period of time. This would cause its roots and stems from damage. If you are unsure whether it is time for a new watering, touch the top inch of the soil to see if it is completely dry. If that is the case, then it is safe to feed your Echinopsis oxygona with water.

In the growing months of spring and summer, consistent watering is required. On the other hand, in the cold winter months, you can stop watering the cactus, as you want to promote their rest and dormant period. Though, you can mist occasionally during these times.

As a general side note, it is always better to under-water than over-water. You can always make up for under-watering by watering more, but it is more detrimental if you let this plant sit drenched from over-watering.

In the wintertime, as the Echinopsis oxygona goes through a hibernation mode, you would want temperatures to be at a point where it keeps the plant dry.

An Echinopsis oxygona does not exactly cozy up to humid conditions. They are a type of cactus that prefers arid conditions if they had to choose. If you cannot control the humidity levels of where you live, ensure that you water just enough so that the soil can drain properly. Additionally, make sure the temperature is slightly cooler.

Sometimes, houseplant owners find it helpful to have dehumidifiers on hand to soak up the moisture in the air when humidity is out of human control.

If you want a quantifiable reference point in terms of humidity at home, try to stick to moisture

levels of at least 30% and up to 50% at most. This would be the safest choice. These plants are tough to endure periods of parched conditions. Their thick leaves are what help them thrive, as they are able to retain water in them.

In the winter months, do not fertilize, as you should be encouraging the plant’s dormancy. For your general knowledge, fertilizers contain nutrients like nitrogen, phosphorus, and potassium. When purchasing fertilizers, you may notice a three-digit number ‘#-#-#.’ This shows

how many pounds of nitrogen, phosphorus, and potassium there are in the mix, respectively.

To propagate Echinopsis oxygona, you can do so using two methods. One method is to use

seeds to initiate new growth. Another method is to use offsets from a mature part of the plant to carry out the growth of a new cactus. It is best to propagate the cactus during its growing season.

Both methods will be discussed further in detail in the propagation section below.

An Echinopsis oxygona can grow singularly or with multiple offsets. Many in this plant species you would likely come across would have multiple stems that shoot up from the parent stem.

The beautiful flowers that bloom in the night that grow on top of this cactus or a pale pinkish, violet to white color. They are funnel-shaped. The flowers can grow up to eight inches (20 cm) long and five inches (13 cm) in width.

The growing season for this cacti species is from spring to summer.

Given the fact that an Echinopsis oxygona must be in soil that is well-drained, you should find a pot that will provide them this necessity. Pots that will do just the trick would be made from clay material. The clay material is porous enough to allow for sufficient drainage and air circulation.

When getting a pot, it would be highly beneficial to get one that has holes at the bottom to let the water run out from the soil. Most plant owners may value aesthetically pleasing pots that would match their humble abode. However, it is more important to value the practicalities of the pot to ensure a sustainable living condition.

An Echinopsis oxygona is an easier cactus plant to propagate when in comparison to some other types of cacti and when given the right treatment. It does have a tendency to be a slow grower, though. There are two ways to propagate this cactus – using offsets or using seeds.

The first and recommended method to propagate an Echinopsis oxygona is by using offsets. What you want to do is to cut an offset that is close to the stem, in the narrowest location possible.

Allow for a few days to a few weeks, depending on how large the offset is, for the cut piece to dry on a piece of paper towel. Once it has dried, a callous should have been formed.

From here, you can place the offset in the soil mixture. Let it sit without being watered for about a week. Then, you can follow this guide and start its routine care.

The second method is to use seeds. This method is much slower, but possible. You would need to let the seeds germinate in a clean, fresh pot of soil and use a bit of fertilizer to initiate growth.

Water the potted seeds slightly, but do not go overboard. It may take several weeks to see growth start to noticeably take place. 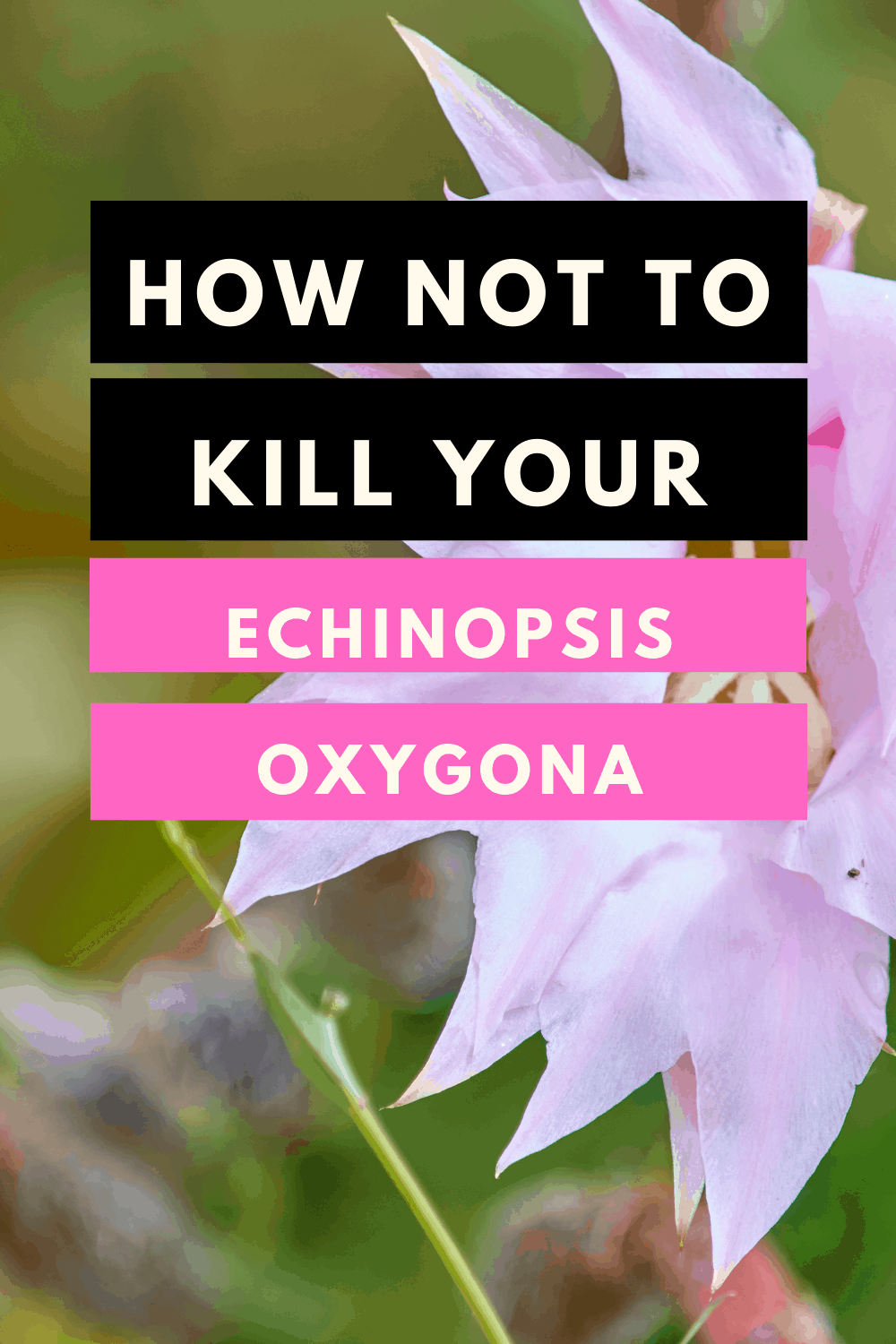 A common problem with an Echinopsis oxygona is the temperature levels at which it lives in. Cold temperature is the biggest factor that causes harm to this cacti species. Ensure that you are able to live in conditions yourself that also lets this cactus thrive robustly alongside you.

Another common problem with an Echinopsis oxygona is the amount of watering it gets. Sometimes it might not be apparent to the human eye that the plant is being over-watered. Therefore, always monitor and feel the texture of the soil before watering this plant.

To keep your Echinopsis oxygona problem-free, you could consider caring for this cactus indoors. The temperature levels would be more in human control than placing this plant outside. An Echinopsis oxygona is an plant that can grow in containers, thus, indoor planting should pose no big issue.

Another tip to keep an Echinopsis oxygona problem-free is to constantly monitor its soil texture. If the soil can drain properly and completely dry after each watering, then you are safe. You should feel the top half of the soil to see if it is dry or moist before giving it another watering.

What do I do if I over-watered my Echinopsis oxygona?

If you over-watered your Echinopsis oxygona, then let it sit untouched until the water can be fully drained from the soil. If the water still doesn’t drain after several days, then consider repotting the plant. The steps to repot are outlined in the third frequently asked question below.

Do I need to prune Echinopsis oxygona?

Pruning is not necessary for an Echinopsis oxygona. The flowers that grow on top of this cactus really only bloom for a night before they start to wilt. As a result, pruning the flowers is not required at all.

If you do notice discoloring or any symptoms of trouble, you can check for any rotten stems, which you may then cut those parts off.

How do you repot Echinopsis oxygona?

As the plant grows bigger, you may find you need to repot it. It is recommended to repot every other year. Repot accordingly and if you must, do so during the warm season and let the soil from the old pot dry completely before repotting. Shake off the old soil from the roots, cut out any rotten or dead roots, and follow the same steps as you would when you first pot the plant. Wait one week after it is repotted to water the soil.

Any household would relish in the joys of having an Echinopsis oxygona as part of the family. This cactus is low-maintenance with its independent personality on top of its unique charisma it boasts. With the proper care and tools, a little goes a long way.

An Echinopsis oxygona is quite a quirky gem that builds much character when you include it in your home, or even outside in your garden. They will give your living space vibrant hues of green and a splash of pink to purply shades when the flowers bloom. Based on where you live, you would want to cater to the plant’s conditions for it to progressively grow each year. 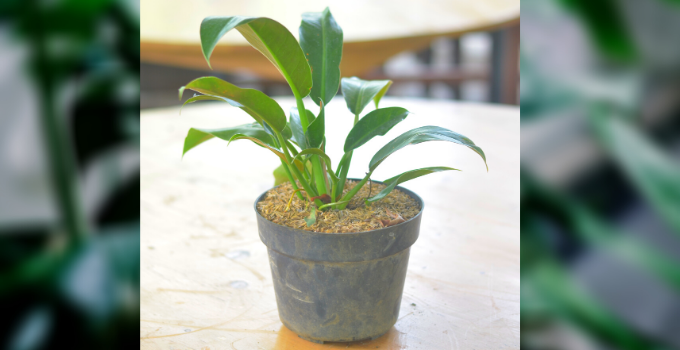 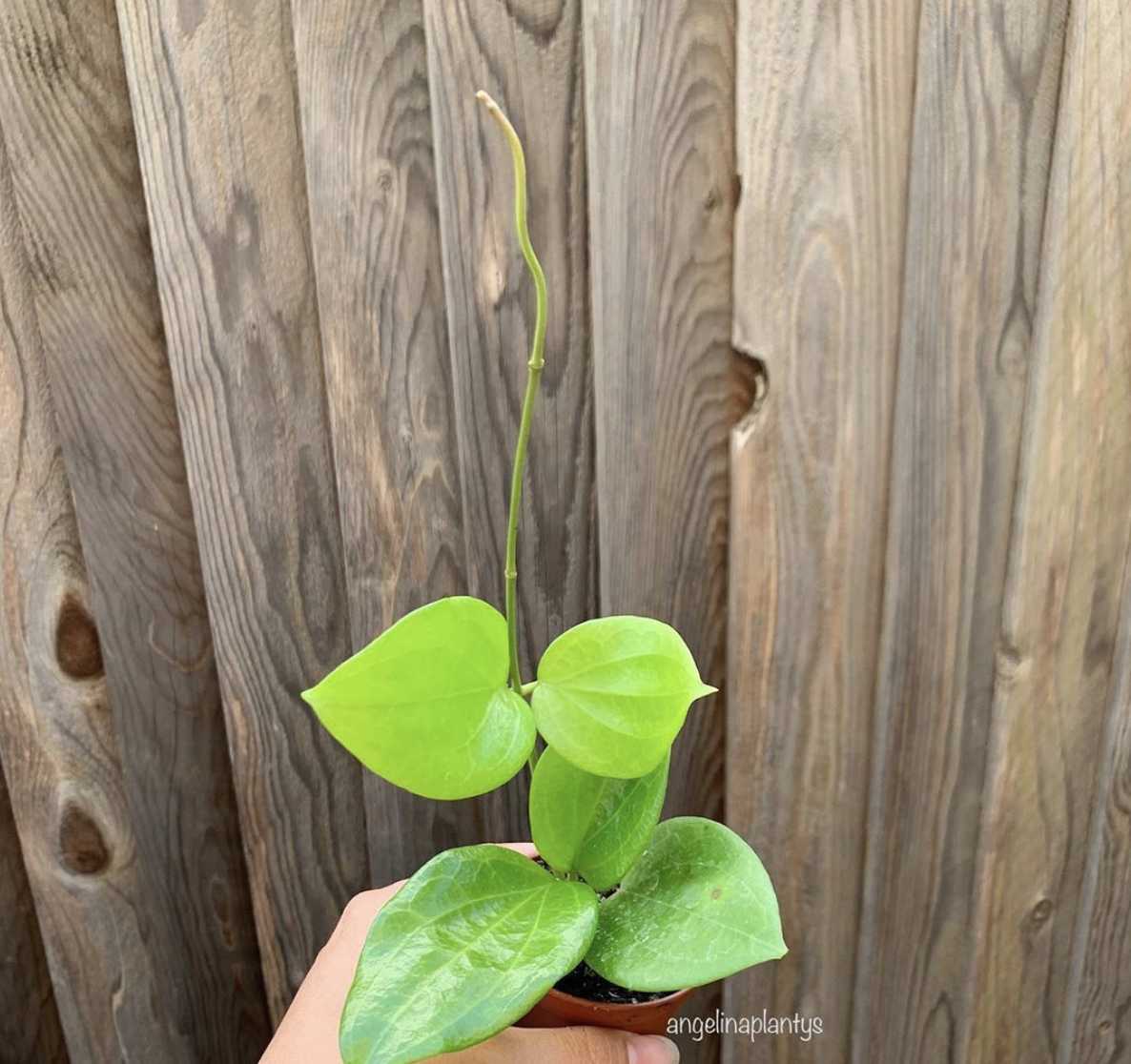 Next
Hoya Aldrichii Care - You Want To Know This
Comments are closed.