How Do Plants Make Food – Tell Me! 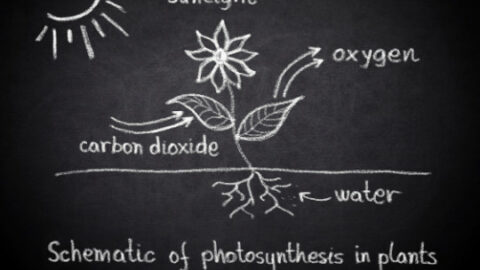 Plants make their own food as they are not parasitic in nature. They are able to do this because of a process known as photosynthesis.

Through the process of photosynthesis, plants and other organisms are able to convert light energy into chemical energy. Any extra food created by plants can be turned into starch, which can be used in the future.

How Do Plants Make Food?

The Process of Photosynthesis

Photosynthesis can only occur with the help of carbon dioxide, water, and sunlight. Without them, plants will not be able to produce carbohydrates and oxygen.

Plants are able to build a basic structure of glucose through photosynthesis. But they also produce other carbon-based chemicals that are important for growth and survival.

Many scientists believe that photosynthesis in green plants was responsible for the earth’s breathable atmosphere. Every day, plants replenish the environment by filtering carbon-dioxide into oxygen.

Photosynthesis is considered to be an essential part of life on earth as it not only produces food for plants but it also gives humans being oxygen and food.

The Use of Water in Plants for Photosynthesis

While light energy can easily be absorbed under sunlight and carbon dioxide can be absorbed from the atmosphere, water can sometimes be hard to come by. Water is not only used in photosynthesis for its hydrogen molecules, but it also prevents your plants from getting dehydrated.

The leaves of your plant contain an opening known as stomata, and this is the place where gaseous exchange occurs. Carbon-dioxide combined with water is drawn into the stomata during the process of photosynthesis.

Once a few chemical reactions occur, oxygen and water vapors are released back into the atmosphere through a process known as transpiration. The process of transpiration slows down during dry seasons since the plant must retain moisture within itself.

For transpiration to slow down, the stomata must be closed, which is only possible with the help of guard cells. Guard cells need to be filled in with water for the stomata to close, allowing your plant to keep moisture within itself.

In addition to providing indirect support and moisture retention during the process of photosynthesis, your plant also needs water for a series of chemical reactions that occur during photosynthesis.

Light energy reacts with the chlorophyll present in the leaves, which excites the electrons. The charge created at that moment converts light energy into important chemicals known as adenosine triphosphate (ATP) and nicotinamide adenine dinucleotide phosphate (NADPH).

These chemical compounds are then used to store light energy that was absorbed from the sun. During this process, water is split into hydrogen and oxygen. The hydrogen is then combined with carbon dioxide to create sugar, which the plant uses as energy.

However, some plants require less light for photosynthesis as compared to others, which is why each plant must be catered according to their needs. If some plants are kept under direct sunlight, then they can burn.

This is why sunlight is always the first preferred source of lighting for plants. If your plant is provided with some other color of light, then the rate of photosynthesis decreases.

The rate of photosynthesis will decrease if a sufficient amount of carbon dioxide is not present, even if sunlight and water are in abundance. This is because the carbon molecule present in carbon-dioxide is an important part of photosynthesis.

Water in the plant cells helps the plant produce food, grow leaves, and make stems firm. Water is also responsible for carrying the minerals from the soil so that plants can remain healthy and strong.

How do Leafless Plants Make Food?

Plants like Cacti do not have traditional leaves. However, these types of plants have spines that are a modified version of leaves, and the stem of such plants contain chlorophyll in them, which helps them produce food.

What Do Plants Use Their Food For?

Glucose is produced during photosynthesis, and this is the plant’s source of food. Plants use glucose to gain energy for growth or to make substances such as cellulose and starch. 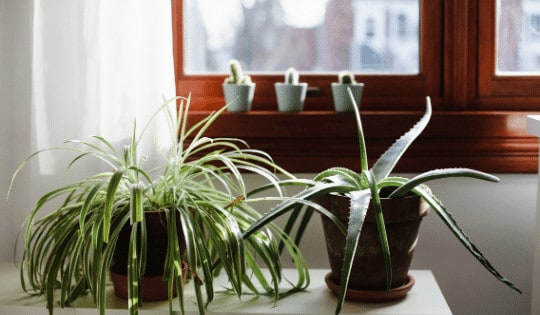 Previous
Do Houseplants Grow In The Winter 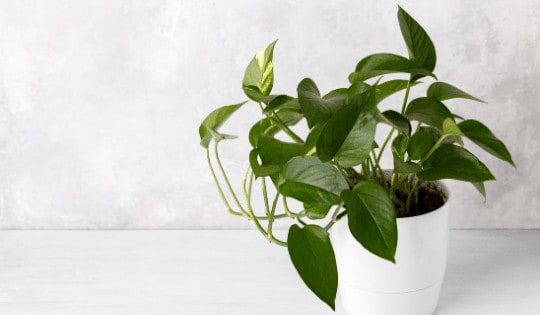 Next
Do Houseplants Clean the Air - Unbelievable!
Click here to cancel reply.