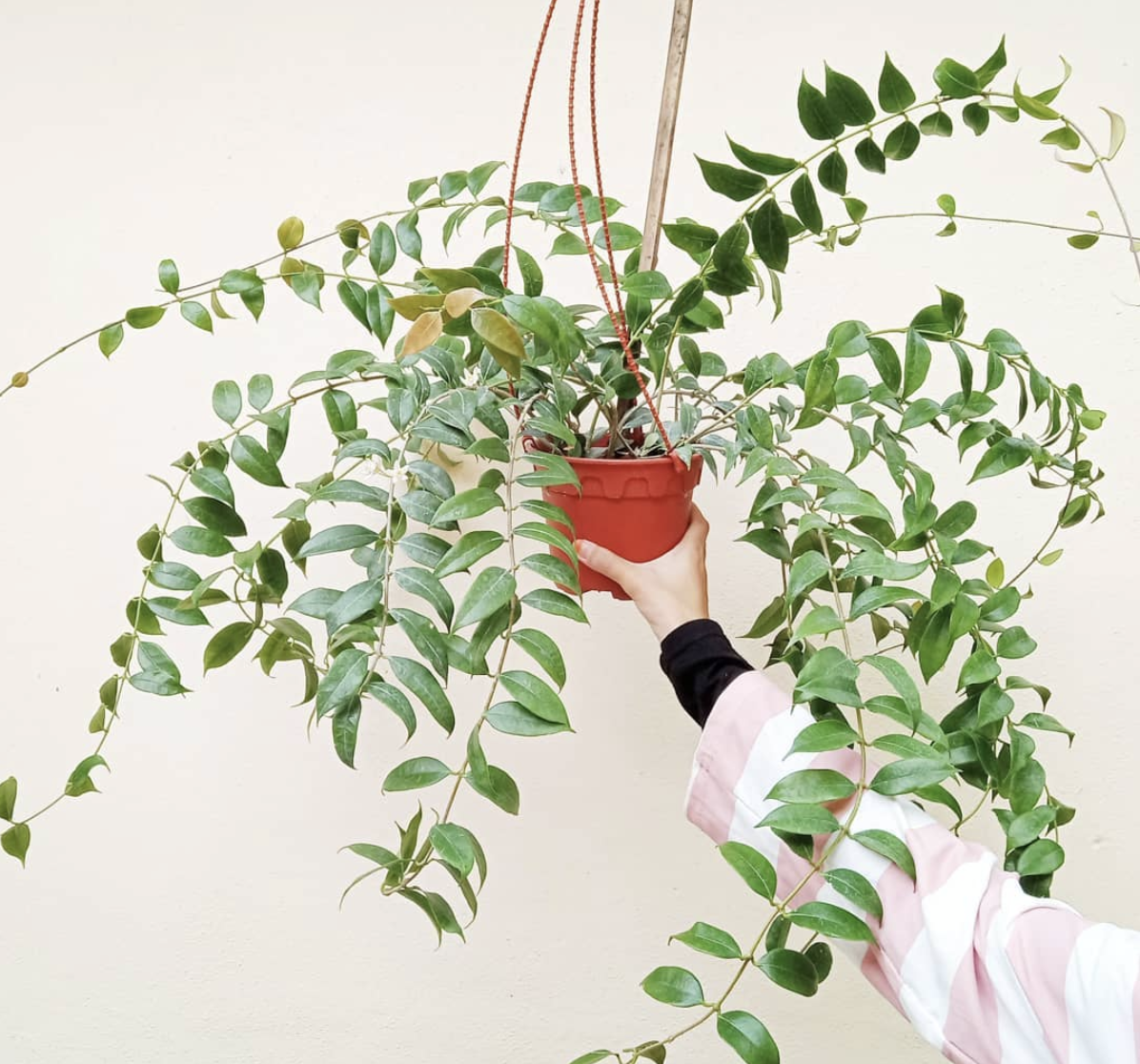 Hoya Odorata is from the family of Apocynaceae and is a common plant often found in the Philippines. It has non-twining shrubs that have fragrant white flowers on them. Hoya Odorata is tough to the touch and extremely easy to grow.

This plant has basic needs and is not at all a highly demanding plant. Hoya Odorata enjoys soil that is well-drained and has a pH ranging from slightly acidic to neutral. It can survive under both direct and indirect sunlight and enjoys being watered occasionally.

Hoya Odorata has an appearance that is similar to Hoya. CV. Iris Marie, but in comparison, it has smaller leaves and blooms a lot more easily. This plant was first discovered by Dr. E. D. Merrill in the year 1904. Amongst many gardeners, the Hoya Odorata is seen as a remarkable species whose blooms have the sweetest fragrance compared to all other Hoya species.

Hoya Odorata is not picky about several things, but when it comes to the soil, they still have a few preferences. This plant prefers a rich mix of soil, but even an indoor potting mix will get the job done.

Another mix you can use is a blend of the following things:

Because Hoya Odorata is an epiphyte, they need to have perfect drainage, as this can prevent the roots from rotting. Other than the soil mix, try to make sure that the soil pH remains slightly acid (6.1 – 6.5) or neutral (6.6 – 7.3).

Water is not the biggest issue for Hoya Odorata, as they do not need to be watered continuously throughout the day. This plant is low maintenance, so just water it when the soil becomes dry to the touch.

However, when the weather becomes dry, then frequent watering may be necessary, but you will have to avoid overwatering the plant as it can cause the roots to rot.

Some Hoya Odorata owners like to mist their plant frequently so that they can increase the surrounding humidity and can clean off the leaves. This is fine as long as you do not do it repeatedly and never mist the buddings and flowers of your Hoya Odorata.

The best location to keep your Hoya Odorata is at a north window where bright indirect sunlight can reach the plant. This is considered to be the ideal spot for Hoya Odorata as it does not require a lot of sunlight. But remember, they do not grow well if it is placed far away from a window.

Hoya Odorata loves bright light, but even strong sunlight can cause harm to the plant. If you have difficulty placing this plant near a window, then you can also use fluorescent grow lights.

When it comes to temperature Hoya Odorata, tend to grow best under room temperature ranging from 70°F-80°F (21°C-26°C). They can tolerate low temperatures but are frost sensitive as well. The minimum temperature that they can survive outdoors is 50°F (10°C).

Humidity is essential for some plants, and when it comes to Hoya Odorata, it is one of the most important things you will need to take care of. Occasionally misting will help your Hoya Odorata to thrive during the summer season.

However, when the weather is cold, it is best not to mist the plant as often as you did before as it can lead to the growth of fungus.

Hoya Odorata is in full blossom during Autumn. Thus fertilizing it during its growing season (which is summer) is a good idea as it will help with the growth.

During the active growing period, make sure to use a fertilizer that is balanced in nutrients. You should fertilize your Hoya Odorata either on a weekly or monthly basis. Keeping a proper schedule for the fertilization sessions will allow the plant to not get over-fertilized and ensure proper growth.

Hoya Odorata usually does not need to be repotted often as several Hoyas love to be pot bound. Do not think that your Hoya Odorata needs to be repotted every year, as it will not be necessary. Remember, the less repotting you do, the more likely you’ll have better blooms.

I repot my Hoya Odorata when:

I had sometimes waited for three years even before I repotted my Hoya Odorata; by knowing this, you will have an idea of how often you need to be repotting your Hoya Odorata. Never jump into a size too big when you repot your plant; always make sure to pick a new pot that’s just a few inches larger.

Pruning your Hoya Odorata is important as it promotes further growth, and in case the plant becomes too large, it can help control the size without harming the plant. When pruning, make sure to follow these points:

Now that you have taken some points into consideration, you will need to know how you should prune the plant. To do that, you simply need gardening scissors or some sharp shears.

Then you need to cut a part of the plant just below the node. Make sure when cutting the plant to do it from a good angle because if it is not done right, then your plant will get damaged.

Never chop off any more than 1/3 of your plant. If you find that some leaves or flowers look unhealthy, then you can also cut those.

Hoya Odorata does not have unique leaves as they are the basic evergreen leaves found on many plants. However, the most eye-catching thing about this plant is its adorable flowers.

Hoya Odorata flowers have a wonderful scent that makes the air feel like it is crisp and clean. The fragrance is described as being slightly citrus and sweet.

Hoya Odoratas flowers are very seasonal and only tend to bloom during the autumn season. Once these flowers start to bloom, they grow in small clusters of tiny white flowers.

Hoya Odorata is considered to have moderate to slow growth. Their slow growth may be the reason why they tend to live such long lives. Hoya Odorata can grow up to at least 8 – 12 inches tall.

They grow actively during the spring and summer seasons, which is why people are encouraged to fertilize them often during these two seasons.

Root-knot nematode is from the Meloidogyne genus. These are plant parasites that exist in areas where the climate is hot, and the winters are short. You won’t spot them above ground as they live up to their name of being in the roots of different plants.

It is estimated that at least 2000 plants worldwide are susceptible to root-knot nematodes and these parasites are the cause of at least five percent of the global crop loss.

They cause damage to the root by developing root-knot galls that can drain the plant’s nutrients. If these parasites cause infection in young plants, then it can be lethal. However, an infection caused to adult plants only leads to a decrease in the plant’s yield.

If you find that your Hoya Odorata has been infected by root-knot nematodes, then pick off some leaves and stems to start a new plant. Get rid of the roots and the soil of the infected plants. You can also control the spread of root-knot nematodes by using biocontrol agents.

Aphids tend to be a common occurrence in the majority of gardens. They especially love to target indoor plants, and they can easily spread from one plant to another. However, even outdoor plants are not safe.

Once aphids start to attack the plant, it can lead to further issues such as fungal disease and ants; this is because after they have fed off a plant, they leave a sticky residue behind that gives a free invitation to every fungus and insect around.

To get rid of aphid, all you have to do is cut the infected part of your plant and avoid over-fertilizing them for further precaution.

Mealybugs are also another common occurrence in the majority of gardens as they too love jumping from one plant to another if they get any chance. To look out for them, keep checking every corner of your plant as they tend to hide well.

Mealybugs feed off of a plant by sucking out their sap. This then causes the plant to turn yellow and curl up. If you wish to get rid of them, then simply rub some alcohol on your plant leaves.

If the number of mealybugs is too much and out of control, then spray organic pesticide spray on them.

A large variety of plants become victims of red spider mites, and they tend to target every plant they lay their eyes on. Once they have infested one plant, you will notice that they seem to be everywhere; this is why it is important to take care of the plant before it can even get infected by red spider mites.

You will know if your plant has been infected by a red spider mite. Often times, the plant starts to look unhealthy and dusty. This dust is actually red spider mites, and if you observe the dust closely, you will notice that it is moving around.

They tend to make webbing on the underside of the branches and leaves; this is why it is hard to spot red spider mites with just your eyes if you wish to observe more closely than a magnifying glass will do the trick.

Fungus gnat is a common occurrence in plants that are kept indoors. This is because usually, indoor plants have higher humidity and moister levels. You will notice their presence once you see the adult fungus gnat is flying around near your window or plants.

These adult fungus gnats are a nuisance even if they are harmless, and having them fly around your face can cause irritation.

The best way to fight off fungus gnats is by not overwatering your plant. This is because they tend to thrive in damp soil, especially during winters.

You can use a combination of peppermint, cinnamon, and sesame oils to create a nontoxic insect killer which will get rid of the fungus gnat.

When should I repot my Hoya Odorata?

You should repot it once you notice that the roots are sticking out of the drainage holes, or when the plant starts becoming dry faster than before.

Should I mist my Hoya Odorata?

Some owners like to mist their Hoya Odoratas so that they can increase the surrounding humidity levels. However, try to avoid misting your plants on days where the temperature is cooler as the risk of fungus increases.

Is it okay if I keep my Hoya Odorata under direct sunlight?

Never keep your Hoya Odorata under direct sunlight during hot days. This plant prefers partial shade so keep it near a window.

Are the flowers of Hoya Odorata fragrant?

Hoya Odorata is one of the many Hoyas that have fragrant flowers. Its smell is described as a citrus fragrance.

Hoya Odorata is not picky when it comes to lighting. They will do fine under low light as well as bright light.

Hoya Odorata makes great indoor plants since their flowers grow in abundance. The simplicity in its blooms brings a uniqueness that no other plant can provide.

Not only will Hoya Odorata make your house smell like citrus fruits throughout Autumn, but it will also be the most eye-catching plant within your hanging basket collection. 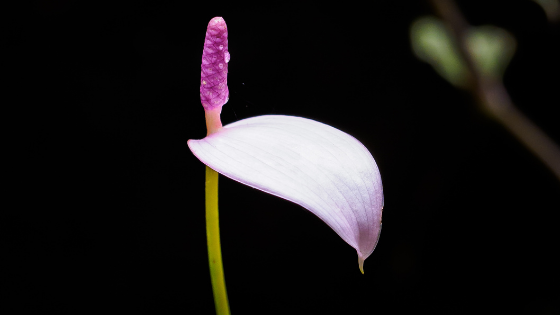 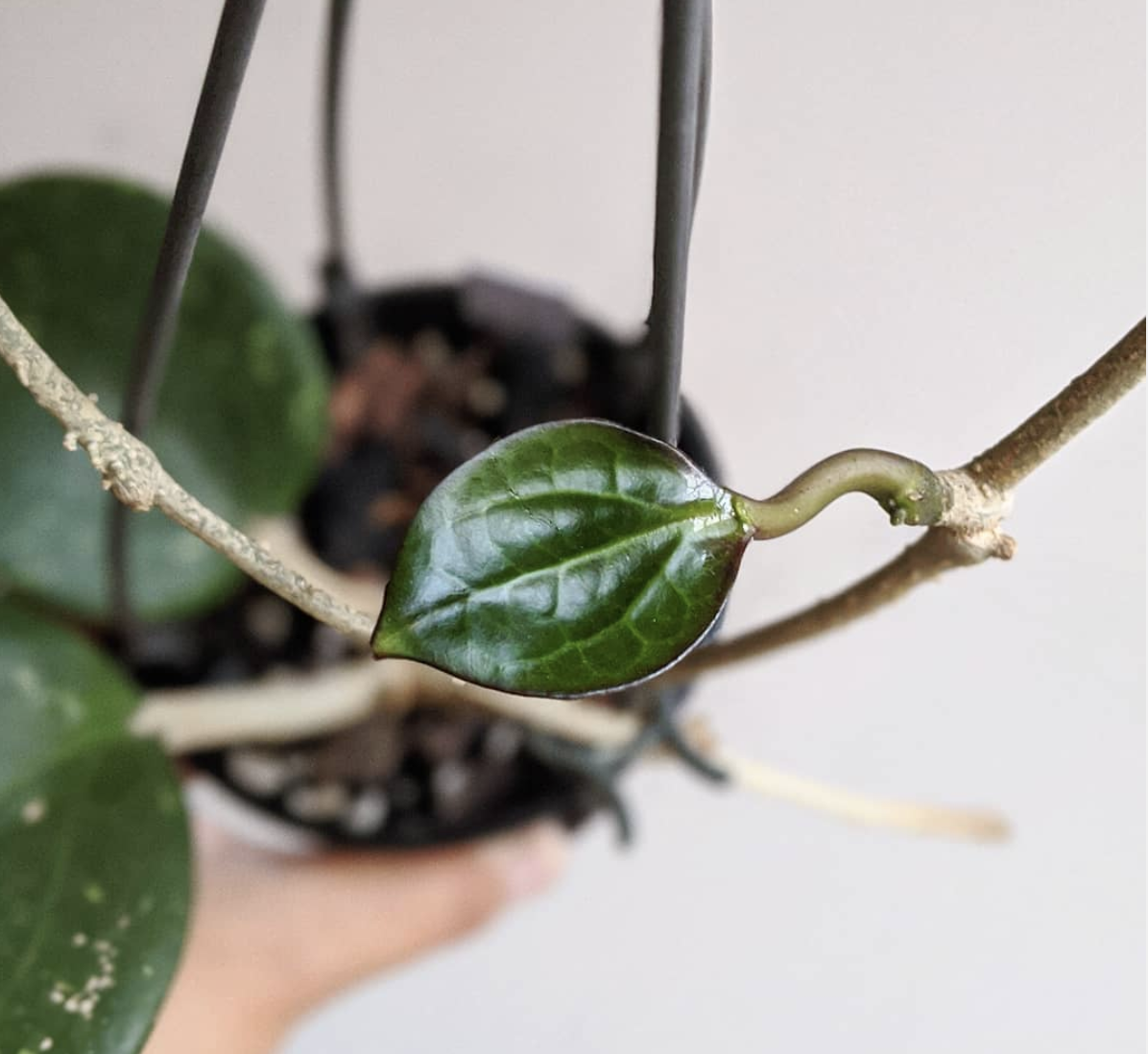