5 Ways To Sterilize Soil for Houseplants 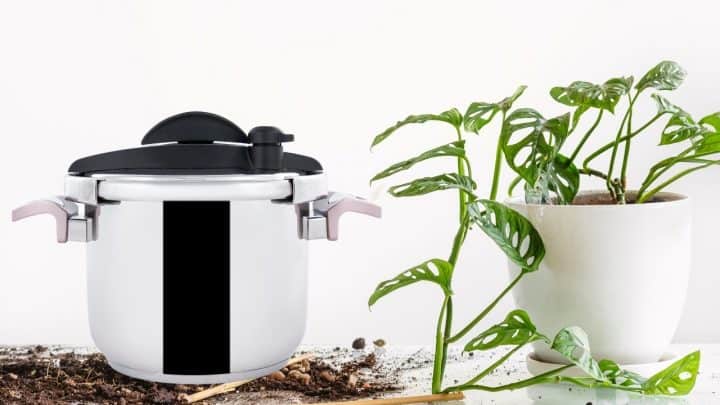 Every houseplant owner will repot a plant at some point in their life. Soil can contain pests, fungi, weed seeds, and more.

Sterilizing soil for houseplants can help ensure you will not have unwanted guests (AKA bugs) crawling around your home.

However, it is important to note that sterilizing soil can stunt plant growth due to the deterioration of nutrients in the soil.

How to sterilize soil for houseplants?

There are plenty of ways you can sterilize the soil for your houseplants when it comes time to repot.

The common denominators are heat and time. The general consensus is that you should cook soil at 180 degrees Fahrenheit for 30 minutes to sterilize it.

Before diving into the ways you can sterilize soil, it is important to know when (and when not) to do so.

Sterilizing soil is something houseplant owners do to keep bugs, fungi, weeds, and other unwanted crawlies out of their house. This means that if you keep your plants outside, there is little need to sterilize soil.

However, sterilizing soil can kill off extra nutrients and result in stunted growth for your plants. It is a trade-off between getting rid of bugs and potentially having a less healthy plant.

You should evaluate for yourself whether you want to sterilize your houseplants’ soil or not.

One way to sterilize the soil for houseplants is to use steam. You can do this sterilization method either by using a pressure cooker or a stovetop.

Do not sterilize soil with steam if your soil contains manure. Steaming soil with manure can make the soil explode.

To sterilize soil with a pressure cooker, you should do the following steps.

1. Pour a few cups of water into your pressure cooker.
2. Fill a shallow pan with no more than 4 inches of soil.
3. Cover the pan with aluminum foil and place it on the rack.
4. Close the lid of your pressure cooker and leave the steam valve slightly open.
5. Steam it for 10-15 minutes at ten pounds of pressure.

1. Pour at least an inch of water into a medium-sized cooking pot.
2. Fill a shallow pan with no more than 4 inches of soil.
3. Cover the pan with aluminum foil and place it on a rack over the water.
4. Place the lid to the pot on top of the soil container.
5. Boil water for 30 minutes.

2. Sterilize soil in an oven

The upside is that it is quick and fairly simple. To sterilize soil in an oven, do the following.

1. Preheat the oven to 180 degrees Fahrenheit.
2. Place about 4 inches of soil in an oven-safe container.
3. Place a meat thermometer in the center of your soil.
4. Bake the soil for 30 minutes, or until the thermometer reads 180 degrees.

3. Sterilize soil in a microwave

1. Fill a microwave-safe container with moist soil.
2. Heat the soil on full power for 90 seconds per pound of soil.

You may want to cover the container loosely with a paper towel. Doing this can help keep your microwave clean.

4. Sterilize soil on a grill

Yet another way to sterilize houseplant soil is on a grill. The upside to sterilizing soil on a grill is that the grill is outside. Grilling outside means that the cooked soil will not release any bad smells into your house.

1. Line a shallow pan with aluminum foil.
2. Fill the pan with moist soil.
3. Cover the soil with another layer of foil.
4. Insert a meat thermometer through the foil and soil.
5. Heat the soil at 180 degrees Fahrenheit for 30 minutes, or until the thermometer reads 180 degrees.

5. Sterilize soil with the sun

A more natural approach to sterilizing soil is to use the sun. This method is the best practice if you are sterilizing large amounts of soil at once. It is important to note that you should do this in the hottest time of the year.

1. Place a transparent sheet of plastic on the ground. The plastic should be about 2 millimeters thick.
2. Spread soil evenly over the layer of plastic. Stay 6 inches away from the edges to allow for securing the borders.
3. Water soil to moisten it.
4. Cover the soil with another layer of plastic and secure it with rocks.
5. Leave the soil covered for 4-6 weeks.

Sterilizing potting soil is not for everyone. There is little need to sterilize potting soil if you keep your plants outside. If you do not want bugs, fungi, or other things in your houseplant soil, you should sterilize it.

However, it is important to be aware that sterilizing soil depletes nutrients. This depletion can result in stunted plant growth.

You should evaluate for yourself if sterilizing houseplant soil is the right move for you and your plants. 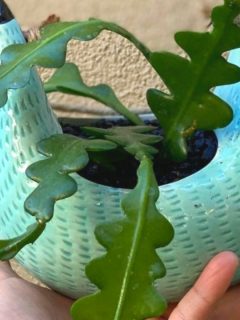 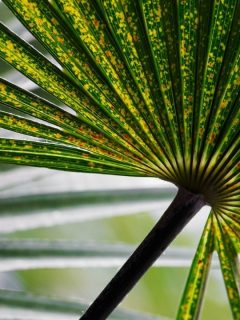