Tillandsia ionantha is an air plant that lives by absorbing water and nutrients from the air via its leaves rather than from soil.

It is native to Mexico, Costa Rica and parts of South America and is one of the most striking varieties of Tillandsia due to the vibrant array of colors it displays throughout its cycle.

To keep your Tillandsia ionantha healthy, it’s important to spray or ‘mist’ it 2-3 times per week, depending on the season, temperature and humidity. Its ideal temperature range is 60° – 80° degrees Fahrenheit (16° C – 27° C) and humidity should be maintained at around 60-72%. For best results, fertilise once a month using a non-urea Bromeliad fertilizer 17-8-22. Good air circulation is important and your plant should be placed where it will receive plenty of indirect sunlight.

Where to grow your Tillandsia ionantha

Tillandsia ionantha can be grown in all manner of depressions. You can attach it to a piece of gnarled wood using florists wire, tuck it into the crevice or even glue it to its substrate.

You should not use treated wood or driftwood that may contain sea salt or other substances that could cause harm to your plant.

Tillandsia Ionanthta is a sun-loving plant and should be placed in a position where it will get adequate sunlight. An east or west-facing window is the ideal spot for it.

But, as with all air plants, too much direct sunlight can cause Tillandsia ionantha to become scorched so keep an eye on your plant and consider repositioning it if you see brown spots, dried patches or blotchy marks on the leaves which could be an indication that your plant is suffering from sunburn.

1-2 hours of direct sunlight a day should be more than enough.

Tillandsia ionantha is one of the easiest air plants to care for and can withstand long periods of drought. But to get the most from your plant and ensure it stays healthy, you should establish a regular watering regime. Exactly how often you water your plant will depend on its environment but as a guide you should look to spray it 2-3 times per week and then shake it dry. Water left sitting on the leaves or in the crevices of the plant can cause it to rot so drying it off is essential.

Tillandsia ionantha naturally obtains moisture and nutrients from the air around it but in a home or office setting, this is unlikely to be sufficient to keep it healthy.

But be wary about overwatering as this can cause irreparable damage to the roots. If you see the leaves turning black or falling off, this is most likely evidence of overwatering.

To avoid this, it’s advisable to water with caution. Too little water is easy to rectify, but by the time you notice the signs of overwatering, it is often too late.

In its natural environment, Tillandsia ionantha will benefit from the occasional soaking and it’s recommended that you replicate this roughly once a month.

You can do this by fully submerging it in room-temperature water (never use cold water) for half an hour. After its soaking, be sure to dry your Tillandsia ionantha thoroughly to prevent rot.

The ideal temperature for Tillandsia ionantha ranges from 60° – 80° degrees Fahrenheit (16° C – 27° C). For most households, this is consistent with the usual indoor temperature but if you keep your plant in a conservatory, it may be wise to keep an eye on it during the cooler months and relocate it if it appears to be struggling.

Likewise, if you live in a warm region and are growing your Tillandsia ionantha outdoors, it’s recommended that you bring it in over winter. Regular exposure to temperatures of 40° or below is likely to harm this plant.

The natural air humidity for Tillandsia ionantha is 60-72% but the humidity in your home is likely to be significantly lower. For this reason, it’s important to spray your plant regularly as it will not be getting water from its surroundings.

Keeping Tillandsia ionantha in your bathroom or shower room is a good way of adding interest to this often forgotten room and providing your plant with a more humid environment.

If you live in an area of high humidity, bear that in mind when determining your watering schedule as its trichomes will be extracting moisture directly from the air so less watering will be required on your part.

It is not usually necessary to fertilize Tillandsia ionantha, but it can help to keep your plant in good health and encourage bountiful blooms and pups. If you are going to use a fertilizer, choose Bromeliad 17-8-22 and make sure it is not urea-based.

Urea requires bacteria in the soil to break it down and ready it to be absorbed by plants so as Tillandsia ionantha is grown on substrate rather than in soil, the plant will be unable to access it.

Once again, it’s better to use too little fertilizer than too much so be sparing with it.

As the name suggests, air plants like air. Good air circulation is essential for the health of your plant. The air around your Tillandsia ionantha will provide it with the carbon dioxide it needs and also help it to remain free of damp which can be harmful to it.

Air quality is just as important as air circulation so, if possible, Tillandsia Ionanatha should be kept near an open window to expose it to a good supply of fresh air.

After spraying your plant it should dry naturally within 4 hours. If it doesn’t do so this is likely to be because of insufficient air circulation.

You can propagate your Tillandsia ionantha via seeds or pups. Pups are the quickest and easiest method of propagation.

Propagating from seeds is a long-term commitment and you can’t expect to see a fully grown plant for around 8 years.

Pups grow at the base of your Tillandsia ionantha and will start to appear after its first bloom. To harvest the pups, take a sharp knife and cut them away from the mother plant close to where the two join.

The pup can then be placed in its new location and cared for in the same way as the mother plant.

If you do want to propagate from seeds, you’ll need to wait until your Tillandsia ionantha has flowered Once the flowers have died the seed pods will open to reveal small brown seeds with wispy white tails.

It’s not necessary to keep the tail. This is the plants’ natural way of catching the wind and sowing its seeds.

Collect the brown seed using a pair of tweezers and place them in a container of water to soak.

You can leave the lid on, but you’ll need to remove it every 2-3 days to allow fresh air in. At this stage, light is not necessary.

Within a few weeks, green flecks will begin to appear on the outside of the seeds.

Once you see these, your seedlings are ready to be transferred to their substrate. Choose a substrate that retains moisture but does not become sodden.

Too much moisture can cause the seeds to become moldy. Velcro or cheesecloth are both good choices of substrate.

When growing Tillandsia ionantha from seed, patience is crucial. Your seedlings will need to be cared for and watered until they grow mature enough to obtain moisture unaided. This process can take years.

Tillandsia ionantha plants grown from seed should be stronger, more hardy and longer lasting than those grown from pups, but propagating from pups is a far quicker and easier method and will still provide you with a steady supply of plants that can be placed around your home or given to friends or family.

Tillandsia ionantha is one of the most sought-after air plants. It begins life as a small plant with silvery-green leaves which extend out as it matures and then turn into a deeper shade of green.

During its bloom cycle, the tips of the leaves transform again and turn a beautiful reddish-pink color. When it blooms, Tillandsia produces a blueish purple shoot atop which sits white flowers.

In full bloom, it is an abundance of color that brightens up any room.

Tillandsia ionantha will grow well in almost any indoor setting provided you stick to the guidelines as detailed in this guide and don’t overdo it with watering or fertilizing.

Any other problems can usually be rectified through a process of educated trial and error.

Once you start to grow Tillandsia Ionanatha, you will begin to learn more about the temperature, humidity and airflow of our home or office and you can use this knowledge when expanding your range of air plants.

If your Tillandsia ionantha looks in any way unhealthy, simply moving it to a new location is often enough to help it improve

Propagation is simple and exceedingly rewarding. 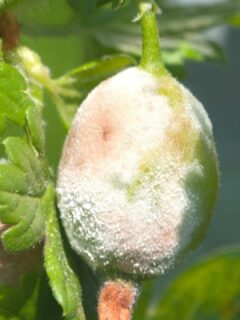 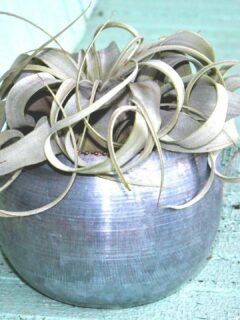 Next
Tillandsia Xerographica Care — The Complete Guide
Comments are closed.