When and How to Prune Roses 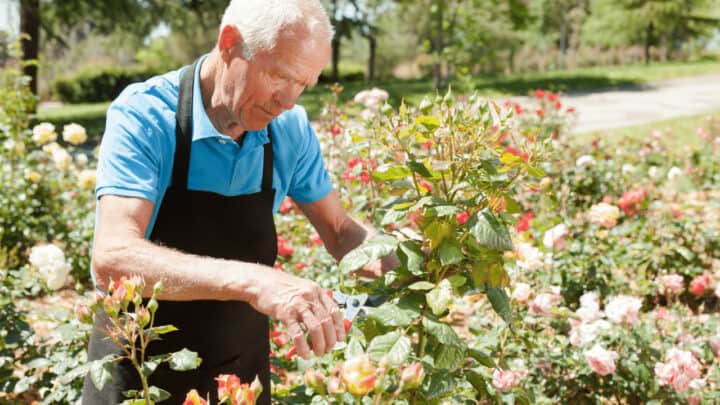 Roses are one of the most widely known and cherished flowers in the world. They are flowering plants known as woody perennials.
Their genus is Rosa and they are in the family Rosacea according to Go Botany. There are over 100 species of the rose in existence today.

When and How Should Roses Be Pruned?

Roses should be pruned at the start of the year. They do not bloom in winter, there is not much to trim during the colder months. This allows time for new growth to appear before trimming the excess away. They are pruned using sharp gardening shears at a downward 45-degree angle. The roses should be firmly held while being trimmed to ensure the cut is as clean as possible.

When to Prune Roses

It helps the flowers’ growth process by keeping excess weight off of it. Trimming off the excess also helps revitalize wilted roses.

Making sure to cut away rose hips paves the way for the new cycle to blossom too.

Earlier in the year works best for warmer climates and January to April for colder climates.

The goal is to prune after spring’s last frost and before the plant comes out of dormancy.

If the roses you are tending are older, then prune them after they have bloomed.

How to Prune Roses

Having the right supplies for pruning can make a world of a difference. The better the tool, the more efficiently done the job is.

Shears are the best tool to use for pruning roses.

Avoid the shears with one flat blade because they end up crushing the stem instead of cutting them.

To remove larger, woody canes in rose bushes a pruning saw is essential. They keep the bud from being bruised and still provide a clean cut.

Lopping shears on the other hand are great for cutting through thicker pieces of cane on rose bushes.

Roses are best pruned with tools that also keep you safe because their thorns can be sharp and easily cut the skin.

Having a pair of puncture-proof gloves, either leather gauntlet gloves or hand gloves, is helpful to prevent being cut by the roses’ thorns.

The technique to prune roses

When pruning roses, the key is to not cut off more than ⅓ to ½ of an inch. Cut about ¼ of an inch above the bud for heading cuts.

The cut should be sloping down and away from the bud when being made.

For nodes with two or more buds above it, remove the buds facing the inside.

Cut away the deadwood first when pruning roses. It can keep you from seeing the shape of the plant clearly.

The only parts of the flower that should be cut are the ones that do not have green bark and a white pith core.

The tissue of the rose that has been cut can be covered with a drop of white glue to help with quick recovery. The drop of glue also protects the plant against cane borers.

Thinning cuts should be made to the branches on the side and parallel to them.

Ensuring that canes growing within the center of roses are cut back ensures that the roses are getting good air circulation.

Growth on the canes of the rose bushes that can be trimmed is the ones incapable of harvesting thick stems on their own.

The middle of the rose bush is responsible for helping keep air circulating effectively. Make sure it is kept clear as well.

Frequently Asked Questions about when and how roses should be pruned

Can I use scissors to prune roses?

As long as your scissors are clean and sharp, they will be able to prune roses just fine. A better option would be pruning shears as they can handle thicker branches.

What means ‘heading back’ roses?

Heading back is the cutting of terminal, or head, portions of a rose branch. These can take the form of small buds on the side of the plant. They are cut off to keep the plant growing laterally instead of to the sides.

What is a thinning cut for roses?

A thinning cut is used to shorten the limbs of roses. This is often done to allow light to penetrate to the innermost part of the plant. Thinning cuts are also done to guide the growth of shoots or limbs. 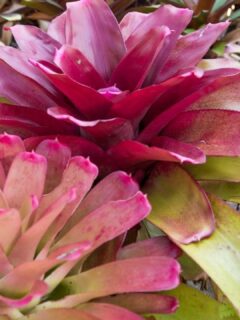 Next
4 Different Methods How To Propagate Hoyas
Comments are closed.