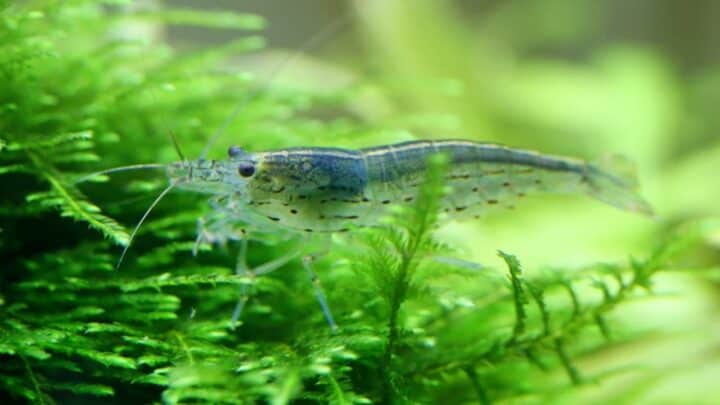 One of the most popular aquarium plants is Java moss, a hardy and relatively small plant that is considerably easy to grow.

It is not only easy on the eyes, but the Java moss plant also serves as an excellent cover for juvenile fish and a good food source for newly hatched fry.

The lush deep green of the Java moss plant produces a beautiful contrast against tiny, colourful fish. However, occasionally, this beauty may lose its characteristic shade and turn brown.

Nevertheless, the good thing is that the reasons can be figured out fairly quickly and treated accordingly.

Why does Java Moss turn brown?

Due to its sturdy and resistant nature, the Java moss plant rarely causes problems. However, when faced with unfavorable conditions, such as inadequate nutrient absorption, this aquatic plant begins to show various signs. One such sign is the formation of brown color, which often develops all over the plant. Other reasons for a Java moss turning brown include inadequate algae growth (excess of algae) and inadequate carbon levels.

Looking into the Details of Java Moss

Primarily, the famous Java moss is an aquatic plant. It hails from the Hypnaceae family and is widely grown in Southeast Asia. It is also harboured in other Asian regions with moist, temperate climates.

This aquatic species is relatively smaller than other plants of its family and can survive considerably well in tough environmental conditions, such as scarce light and low-quality water.

Such characteristics of the Java moss make it a top favourite plant among numerous fish aquarium owners.

The Java moss plant does not only make your fish aquarium look vibrant and lively; it also provides cover for the small fish, promotes the growth of an ideal food source for the young hatched fry; Infusoria, and can be used as a floating plant that serves as a spawning site for the mop-spawning fish.

Why does Reduced Absorption Occur?

An interesting fact about the Java moss plant is that it does not have a significant number of roots; therefore, it mainly takes up nutrients and water through its leaves and stems.

When the leaves become dense and thicken excessively, especially in the central region, nutrient absorption is significantly reduced. As a result, the Java moss starts turning brown.

Reasons for the Java Moss Turning Brown in more detail

The Java moss plant has roots; however, their primary function is to adhere the plant to a closeby object for support. Therefore, the plant mostly drives its nutrients via absorption through the leaves.

Some Java moss plant owners may fill up their aquariums with an appropriate fertilizer, only to realize that their Java moss is still progressively losing its color.

In such a case, please take a closer look at your plant’s leaves; most likely, they will be too dense and thick to take up any nutrients from the surroundings.

When excessively dense, the Java moss plant absorbs nutrients insufficiently, and the middle part is most adversely affected. The nutrient deficit shows up as a brown color gradually spreading across the plant.

Algae is a typically aquatic, non-flowering species that actively grows in aquariums. While it can be beneficial occasionally, most times, it takes up an excessive amount of minerals and causes a depletion of nutrients for its fellow plants.

This can significantly decrease the minerals and clean water available for the Java moss, and thus, the plant forms brown discolorations.

The benefits of nursing a Java moss plant are not limited to cover and food; it also proves to be a great component to clean its surroundings.

It is excellent in terms of getting rid of debris and catching leftover fish food; this maintains the hygiene of the aquarium.

However, with time, the debris and other impurities may accumulate within the plant and settle over its surface. When this occurs, the Java moss plant becomes brown at various spots and requires prompt cleaning.

As you might already be aware, almost all plants, including Java moss, require carbon to photosynthesize and produce food. However, occasionally, the carbon dioxide levels may be significantly reduced, limiting the formation of carbohydrates.

To complicate matters further, algae may also grow. The algae compete with the Java moss plant and take up most of the essential minerals and gases available in the environment.

The lack of a steady nutrient supply leads to starvation, and ultimately, the Java moss plant develops brown patches at different sites.

Surprisingly, the Java moss plant itself can lead to brown discoloration. If the plant grows excessively or outgrows its space, it can completely block the aquarium walls’ sunlight.

It may also cover certain parts of the plant, mainly the middle parts, adversely affecting their ability to absorb nutrients from the surroundings. Further, the excess growth can dislodge the Java moss plant from its site of attachment.

How to Treat a Brown Java Moss Plant

All plants, aquatic and terrestrial, require fertilizer; however, too much of anything often leads to a long list of problems. The Java moss plant can usually manage with the gases released by the fish and sunlight hitting the aquarium.

Therefore, I advise you not to add too much fertilizer to your aquarium.

The limited fertilizer levels only allow optimal growth, which generally is slow to moderate. As a result, the Java moss plant does not produce thick leaves that reduce nutrient absorption.

Actively growing algae can considerably lower the amount of minerals present in the aquarium. To limit its growth, I suggest placing your aquarium in dappled sunlight.

The partial sunlight lowers the probability of the spread of algae. Therefore, the Java moss plant has plenty of nutrients available for use.

Moreover, you can frequently clean your aquarium to reduce algae and other bacterial growth. I recommend doing a pressure water wash or using specialized cleaning equipment, such as a gravel vac.

Fish naturally release carbon dioxide, which is an excellent source of carbon for the Java moss plants. However, in some cases, the carbon levels may be inadequate, and extra amounts may have to be added.

A good option is to use excel, a liquid that can be used daily and mimics carbon. It may also help you eliminate algae from your tank.

However, please use it within a limited amount only and follow the instructions mentioned on its packaging regarding use.

More Tips to Avoid Browning of your Java Moss

The other methods to prevent your Java moss plant from turning brown include the following:

What is the optimal temperature range for the Java moss plant?

How do I clean my water tank?

Keeping your water tank clean is necessary; it promotes the good health of fish as well as the plants. You can either empty your aquarium and refill it with clean water or do a pressure water wash.

How do I save my dying Java moss?

Your Java moss plant may be dying due to unfavorable conditions. When in bad condition, place it in filtered sunlight, prevent its leaves from growing too thick, and cleaning its tank often.