Why is My Pothos Dying After Repotting? — 4 Possible Reasons 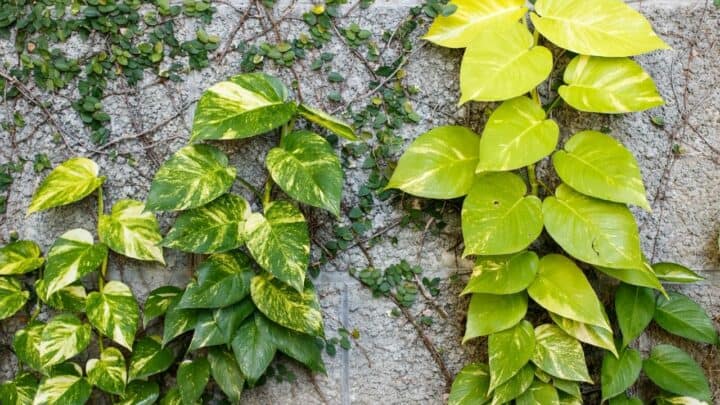 Its ease of growth, trailing leaves, and inherent hardiness has made this plant one of the best and most popular to grow, particularly for beginners.

However, we all know that no plant is invincible.

Pothos is no exception, and if you’ve recently repotted your favorite Pothos and have discovered it now looks half-dead, there could be a variety of reasons why.

It’s not the end of the world, though—Pothos are very hardy and can handle repotting, as long as you do it correctly.

If they start to wilt, curl, or die after repotting, it’s critical to find the reason why so you can give them the proper treatment to get them flourishing and green again.

Why is My Pothos Dying After Repotting?

If your Pothos is dying after repotting, the reason for it could be an irregular watering schedule, root rot, insect damage or overpotting, which is planting it in a pot that’s too large.

How to Tell What’s Wrong with Your Repotted Pothos

Whether you’ve got a Silver, Golden, Marble Queen, or another variety, Pothos is an excellent choice for an indoor houseplant, particularly if you’re a beginner.

They’re also incredibly hardy and can take a fair amount of abuse or neglect before succumbing. They can handle being underwatered or overwatered, but not for long.

A Pothos should be repotted about every 12-18 months for a smaller plant and every 18-24 months for an extra-large floor plant.

However, the repotting process should be completed carefully to prevent the plant from becoming damaged, receiving the wrong care, or subjecting it to less than ideal growing conditions.

A few factors can cause a Pothos to die after it’s been repotted.

Though they are quite hardy, they require special care and ideal soil and potting conditions when they’re being switched to a different container.

Here’s why a Pothos dies prematurely after it’s been repotted.

One of the leading causes of premature plant death in Pothos is an irregular watering schedule, such as overwatering or underwatering.

Overwatering Pothos is a common mistake that’s often made because people are concerned their plant isn’t getting enough water. But, too much water is just as deadly as giving the plant no water.

If your Pothos is dying due to overwatering or underwatering, the leaves will turn a sickly yellow color. This means that the plant is in distress and needs better conditions to thrive.

Dip your finger into the soil; just a few inches will do. Does it feel soaking wet, too dry, or is it moist and spongy? Water every 1-2 weeks, making sure that the soil’s completely dry before the next watering schedule.

Another way to check if your Pothos is receiving the right amount of water is by running your fingers over the leaves. You should feel resistance when you do so.

If the leaves feel overly soft, that means that the plant needs better conditions and a higher level of care. In fact, overwatering leads to root rot, causing the premature death of your Pothos.

Another common cause of Pothos death is root rot and root damage. Root rot is a dangerous and deadly condition that overwatering usually causes.

Unfortunately, root rot is very hard to diagnose as it happens beneath the soil. It’s characterized by a dark brown or black root that begins to rot and then causes the entire plant to decay and inevitably die.

If your Pothos is dying after repotting, check the roots.

They should be a healthy white color with a firm texture. Infected roots will be a soft, squishy brown; they’ll smell bad and mush apart under even gentle pressure.

Pothos root rot can also cause the leaves to turn yellow. If only one leaf is yellow, the plant is probably fine.

If several are turning yellow and curling up at the edges, the problem could be root rot. This disease can also cause the leaves to turn brown.

Root damage can be caused during repotting, so be extra careful with the roots when repotting.

It’s okay to prune some and spread them out a bit before they go into the new soil. Try not to damage roots beyond regular pruning during the repotting process.

Overpotting is a common mistake that seemingly doesn’t have an effect on your Pothos.

After all, plants need room to grow, right? So, if they’ve outgrown their current container, they need to go into a new, bigger one, just like a hermit crab needs a new shell.

However, overpotting can cause your Pothos to die as surely as forgetting to water it. The roots will end up sitting in soil that stays wet for too long and can then become vulnerable to root rot and decay.

When repotting, choose a pot size that’s one size up (about two or three inches bigger) than the previous pot.

Or, you can simply straight up do root pruning and put the plant back to its original container or pot.

Signs of overpotting include soggy soil and yellow, wilting leaves. However, you can grow your Pothos in a large pot as long as you use loose, fast-draining soil.

If you’ve just repotted and noticed that your Pothos looks like it’s dying, pay close attention to ensure that the cause isn’t an insect infestation of spider mites.

These pests devour the lower side of Pothos leaves, gradually sucking the plant dry of its nutrients while creating holes in the leaves.

To eliminate spider mites, spray the leaves with a pinch of salt and a warm water mixture. Then, use neem oil or insecticidal soap to ensure the mites stay gone.

If you have a recurring spider mite infestation, check the water you’re using.

Spider mites are attracted to chlorinated water, which is like a signal beckoning them to your unsuspecting Pothos.

How to Revive Your Pothos

If your Pothos is dying, it could be caused by the reasons listed above. However, it’s easy to revive this plant if it is dying since it’s so hardy.

Ensure that it’s watered once a week, twice if you’re in a hot climate area.

Use fertilizer or compost, and if your Pothos is indoors, make sure it receives lots of bright but indirect sunlight.

If the roots are damaged, prune off the damaged parts and then repot.

You can also propagate by taking cuttings and sticking them in a plastic bag with some water to grow roots. Once they take root, replant carefully to grow new Pothos.

While Pothos are some of the hardiest indoor plants that can handle a missed watering here and there, like any plant, they require some special care after repotting.

If you notice that your Pothos is dying after you’ve repotted it, it could be due to an irregular watering schedule, an insect infestation, overpotting, or root rot.

Pay close attention to your Pothos to ensure that it gets the ideal conditions and care so it will start growing green and healthy again. 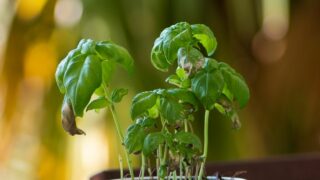 Previous
Why is My Basil Droopy? Umm, Here's Why! 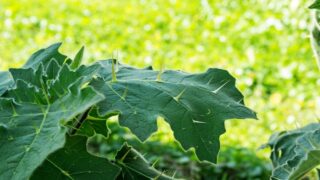 Next
Why Are the Leaves of My Eggplant Curling? — The Answer