Posted on Published: May 21, 2021 Categories Gardening

How to Deadhead a Geranium – Do This! 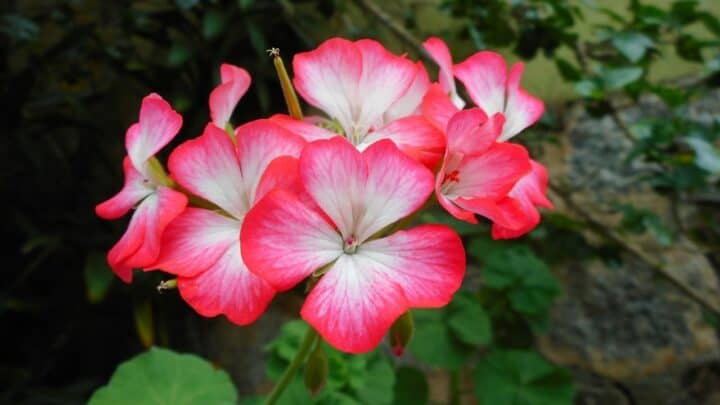 They say it’s easy to grow a geranium. Just water them right, use this soil, add this fertilizer and deadhead them often.

Say what… Deadhead? How do you deadhead a geranium?

New gardeners can find the lingo a nightmare to navigate. Don’t be put off.

Take a peek through the looking glass of our quick guide to deadheading, specifically for geraniums.

How to deadhead a geranium?

Deadhead geraniums by removing the stem and not just the flowerheads. Done regularly, it encourages bigger bright blooms. If blooms aren’t as vibrant after deadheading, prune it back to 3 to 6 inches in mid-summer and help it preserve energy over winter by cutting it to 3 inches above the soil.

Geraniums only bloom from spring to fall. At the end of these seasons, deadheading’s useless.

Pruning isn’t so, but that’s covered later because both are crucial for early spring blooms.

The word “deadhead” sounds like it means dead heads, meaning the flowerheads. It’s not.

It’s actually better to get rid of flowerheads before they die. Seems like you want to kill it, right?

Flowers on geraniums don’t last long. They do grow fast though. Deadheading takes advantage of that fact.

What you remove one day, grows back bigger and better in just a few short days.

Naturally, you want your geraniums to have colors throughout the season. You’ll be left with a green bush if you pull off all its flowers at once.

To have continuous gorgeous florals with healthy green leaves surrounding them, remove a few stems every few days.

You’ll be rewarded with regular bright blooms growing new throughout the season.

Where geraniums differ from the regular deadheading of other large flowering plants such as how the hibiscus is pruned is that you need to remove the stem.

Not just pinch the flowerhead.

As mentioned earlier about the reason deadheading is done, it’s to help the plant channel energy towards blooming.

You want to get better blooms on new growth, so you want new stems to grow in. Once the new stems start growing, then the buds start to form and emerge from those.

Surprisingly, all this happens in just a few days. The speed of growth says a lot about the energy it takes for geraniums to bloom.

What Flowers to Deadhead First

When you get into the knack of deadheading geraniums often, you’ll have no dead flowers to remove.

Instead, you’ll be cutting or snapping off flowers (and stems) before they die.

Dead blooms are ugly and there’s no reason to let them reach that stage before removing them.

Cut them off early and toss them in your compost pile where they’ll continue to serve a purpose.

If you notice any flowers beginning to lose color, don’t look as good as surrounding flowers, or starts to wilt, take them off.

To get the majority of it, snap the stem from the base. The stems of a healthy, well-nourished geranium snap easily.

Run your finger down to the stem and you’ll feel the node where it grew from. Snap the stem above that node and new growth will start coming through.

A gentle downward tug with your thumb and forefinger is enough to snap it. You’ll hear it crack. You don’t need pruners to deadhead geraniums.

Hot tip: Prune geraniums in the middle of summer if deadheading isn’t quite cutting it.

By the middle of summer, temperatures are at their peak and the hours of sunlight are longer.

In these conditions, it’s not unusual to see leggy growth on geraniums. That’s not good for blooming. The plant will put out fewer flowers and leaves.

Correct its conditions by cutting it back and starting again with almost new everything.

Geraniums can be pruned back to three to six inches from the soil level in the middle of summer. Just add water and watch it bounce back in abundance.

Pruning Perennial Geraniums Back for the Winter

Perennial geraniums die back late in the season, usually around August to late October.

By this late in the season, you’ll notice blooms lasting shorter periods and losing some of their colors faster. It’s a sign the plant’s getting ready to sleep the entire winter.

No amount of deadheading a true geranium will keep it blooming over the winter.

Pelargoniums are the variety you can keep blooming all year by overwintering it indoors.

For hardy geraniums, when you notice blooms losing their color, dying back faster, or not producing as big a flower as they usually do, you can encourage it to die back early for the winter. You can do this by pruning it back to just a few inches above ground soil.

Overwintering a true geranium only requires them to have enough heat to survive, which needs to be over 32 degrees Fahrenheit (0 degrees Celsius).

A heated room or a warm area of a dark basement would be ideal.

By mid-January going into February, then consider wakening your plant up by light watering and gradually introducing it to sunlight, perhaps still indoors placed behind a patio door or near a sunny window.

Start adding fertilizer and encouraging blooms in late March or early April. Place it outside in a sunny spot and start the deadheading process again.

You’ll get regular blooms of the same color as last season, and every other season that you take the time to prepare your geranium for the winter.

Are geraniums deadheaded the same way as pelargoniums?

Technically, there’s no significant difference between deadheading a geranium and a pelargonium. The only difference perhaps for deadheading is that you can continue to deadhead pelargoniums indoors and it’ll continue blooming. True geraniums are tender perennials dying back each year. Pelargoniums don’t hibernate in the winter.

What’s the difference between pinching, pruning, and deadheading?

Pruning a geranium is cutting it back to three inches from ground level or above the soil line in pots. Pinching refers to removing a quarter to a half-inch of its stem. This is often done with yellowing leaves rather than the blooms. Deadheading refers to making cuts above a leaf node (roughly a quarter inch) to remove spent or fading flowers and the majority of the stem it’s attached to. 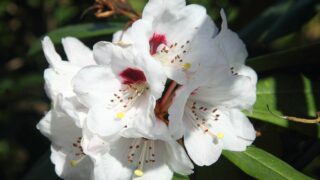 Previous
What is the Best Temperature for Hibiscus? Do you Know? 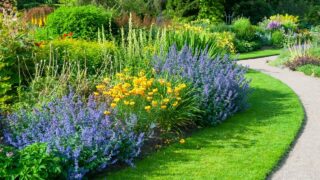