Insect Eggs On Leaves — Whose Are They? 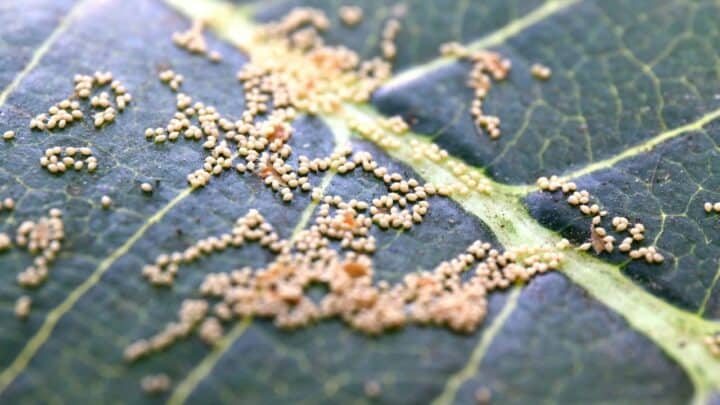 Insects can damage plants as they can attack the vital parts of plants. But there are also good insects such as bees that help pollinate plants all over the world.

But, insect eggs can become a common occurrence if the plant growers do not get rid of the insects attacking their plants.

Sometimes, the insects that attack your plants leave their eggs on your plant’s leaves. These eggs can come from dangerous pests such as bagworms, aphids, mealybugs, cicadas, colorado potato beetles, earworms, beetles, lace bugs, leafhoppers, and scales.

The Types of Insects That Lay Eggs on Leaves 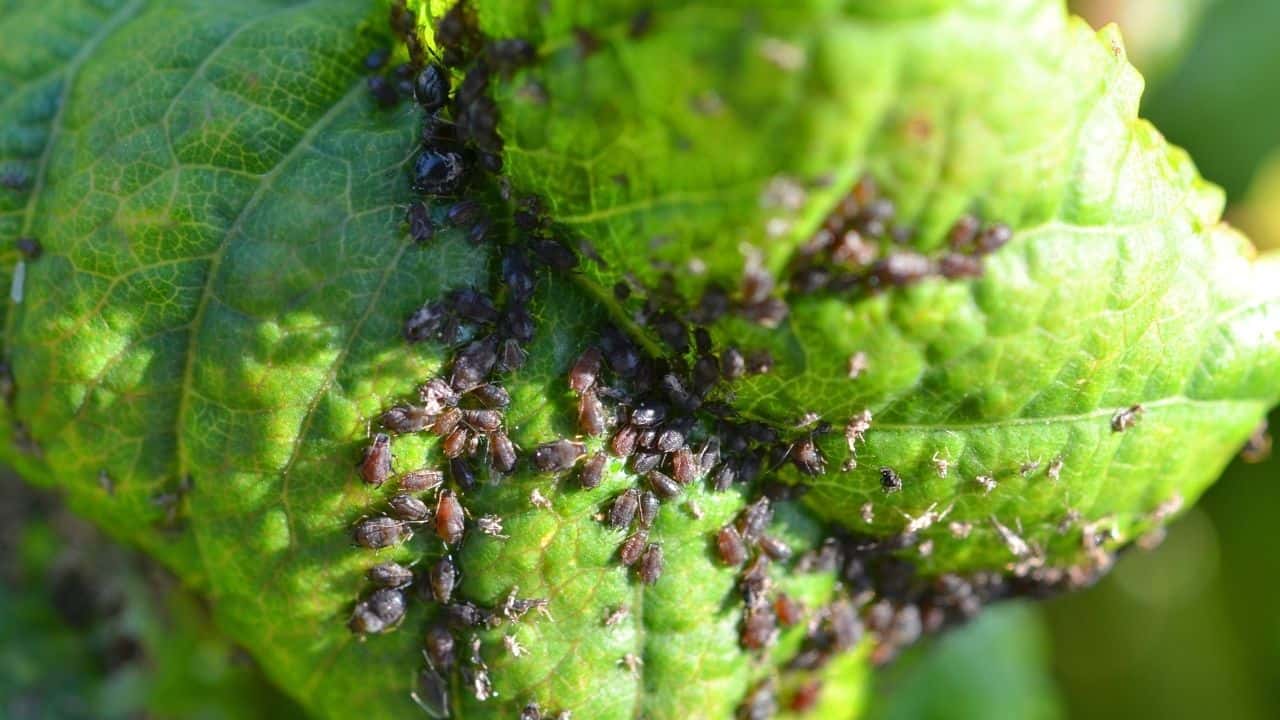 These are pests that constantly suck out sap and even have wings. You can find them in all color shades, such as red, green, yellow, or even black.

Aphids tend to attack ornamental plants, such as roses and cause the growth to be stunted.

When they suck the sap out of the plant, they leave honeydew behind, and it ends up becoming mold.

This mold can attract bacteria and can, over time, cause harm to the plant’s health. 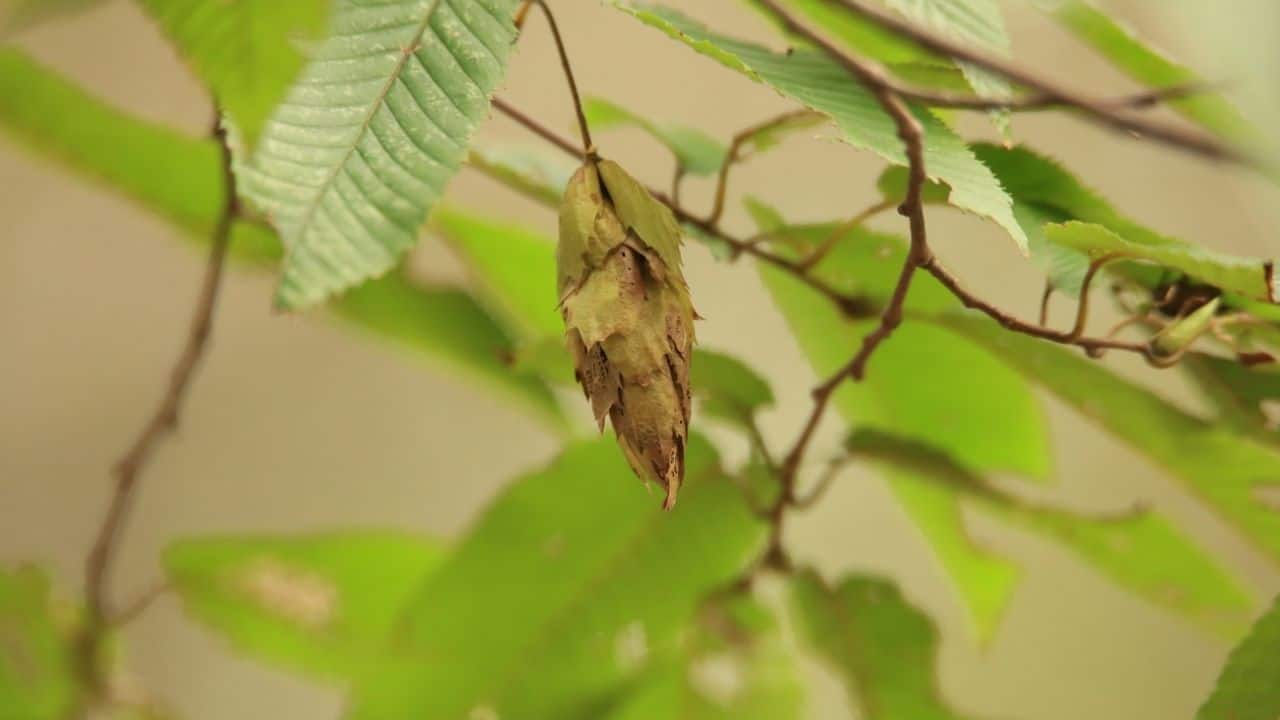 These worms are recognized for their protective bags. They can produce this bag by hanging it down from the many species of tree around the world.

Bagworms are capable of defoliating a tree if they grow in size and infest the tree. 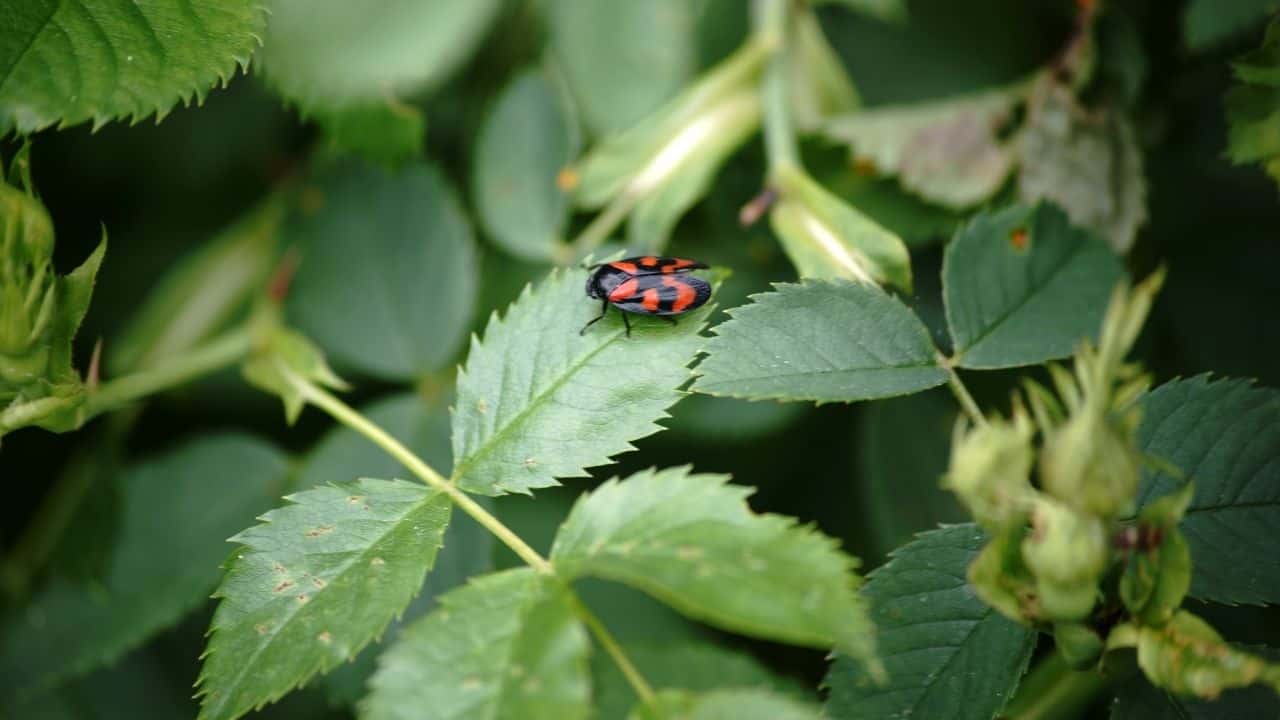 This pest is a loud one and keeps buzzing where ever it goes. This pest is capable of producing many sacs that can hang down from trees.

To check if this bug has infested your plant, you need to look at your plant’s broken stems and branches. This is because they usually lay eggs there. 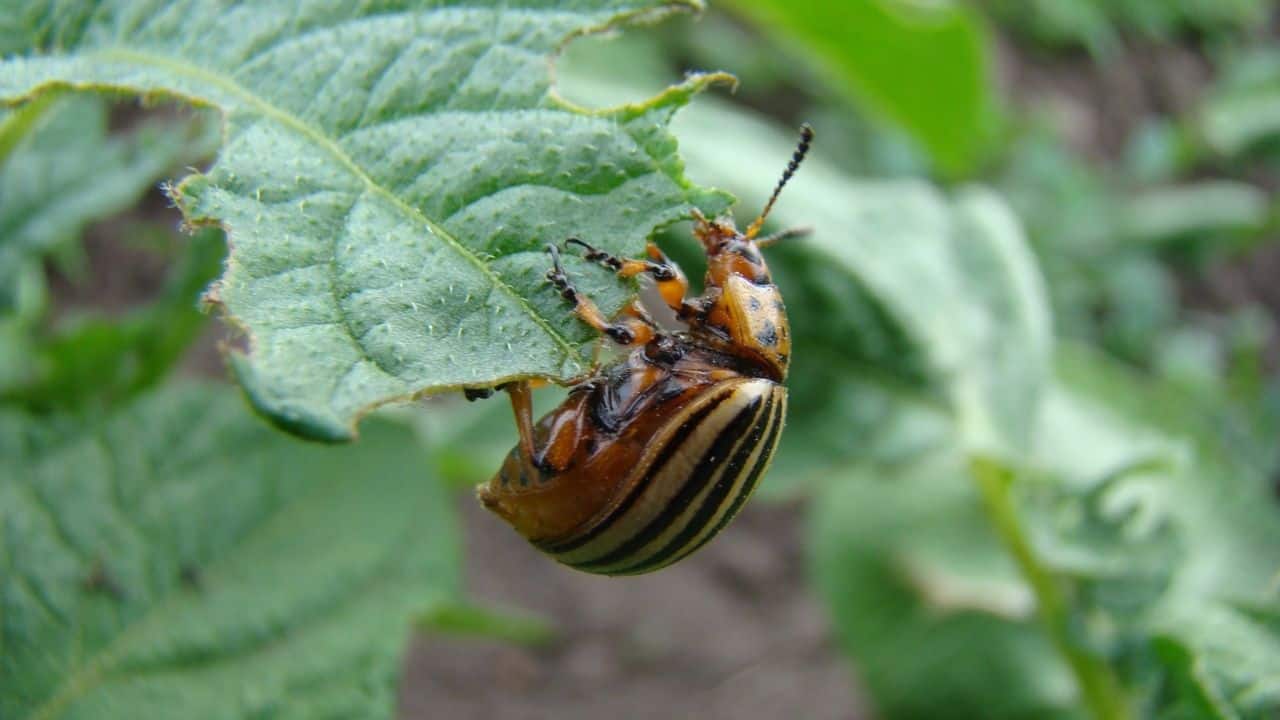 This is a very unique, half an inch-long yellow insect. The Colorado potato beetles can also be found in black, brown, and yellow colors.

They gobble up the plant and are known to feed mostly on nighttime shade families such as eggplants, peppers, and tomatoes.

Female beetles will lay their eggs in clusters of yellow and orange eggs on the bottom side of the leaves. These bugs can greatly reduce the yield of the plant or even kill it. 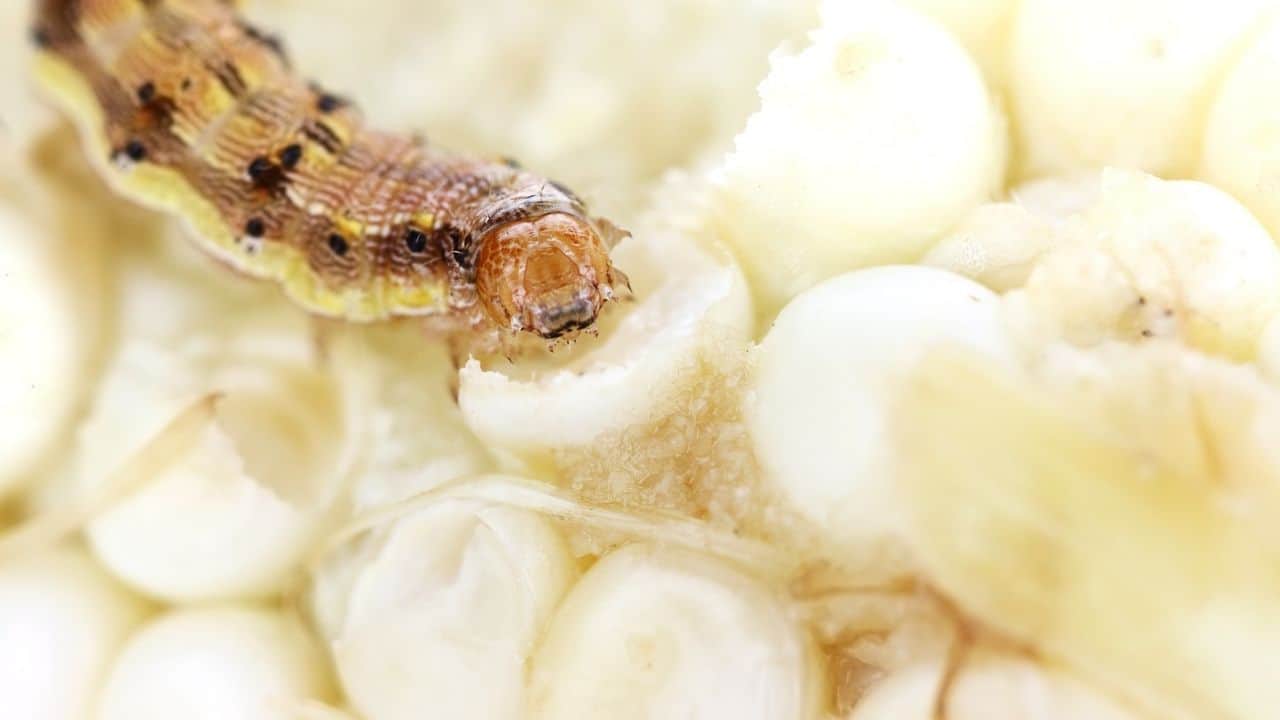 Since these worms feed on the tip of the corn, they were given the name of corn earworms. They are most commonly known to attack tomatoes, fruits, and beans.

This pest tends to leave a lot of brown excrement around the area that it eats. Young corn earworms are green and black in color with tiny hairs. 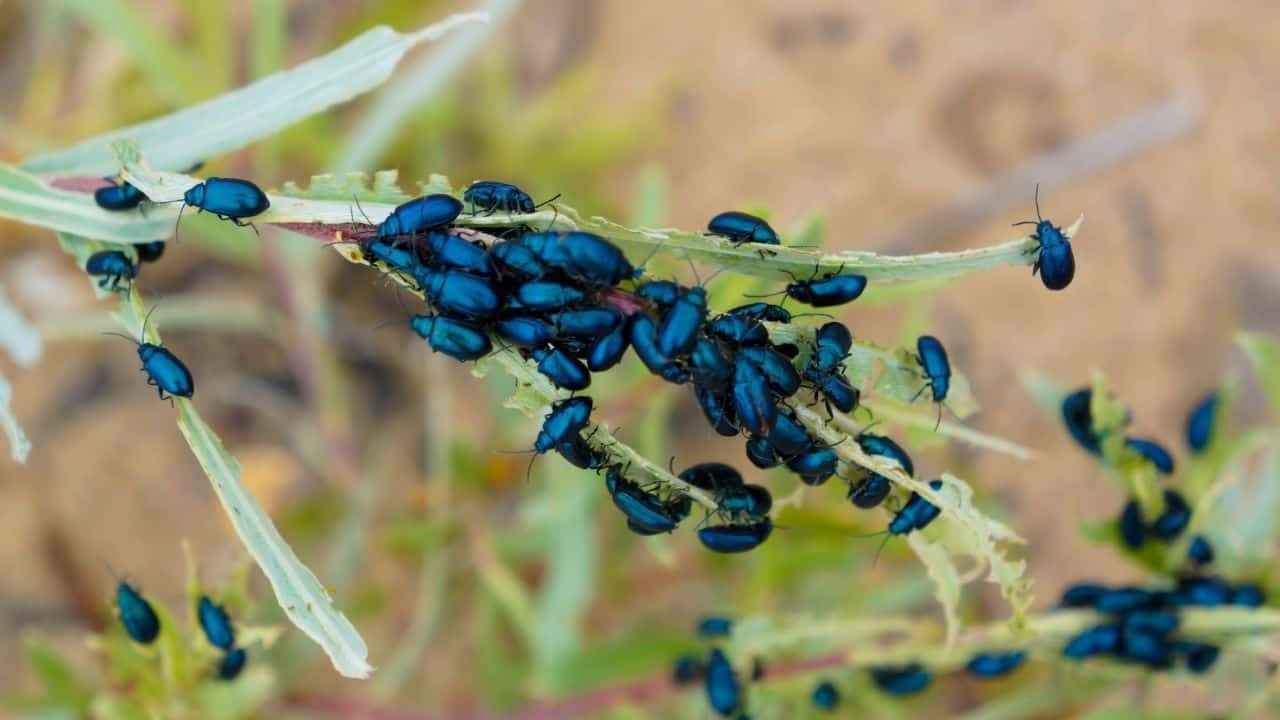 Flea beetles are tiny green and black beetles that jump around a lot. They attack several plants, fruits, and vegetables, as well as ornamental plants.

Adult beetles tend to create pinholes in the leaves. These pinholes can greatly affect the plant’s appearance. 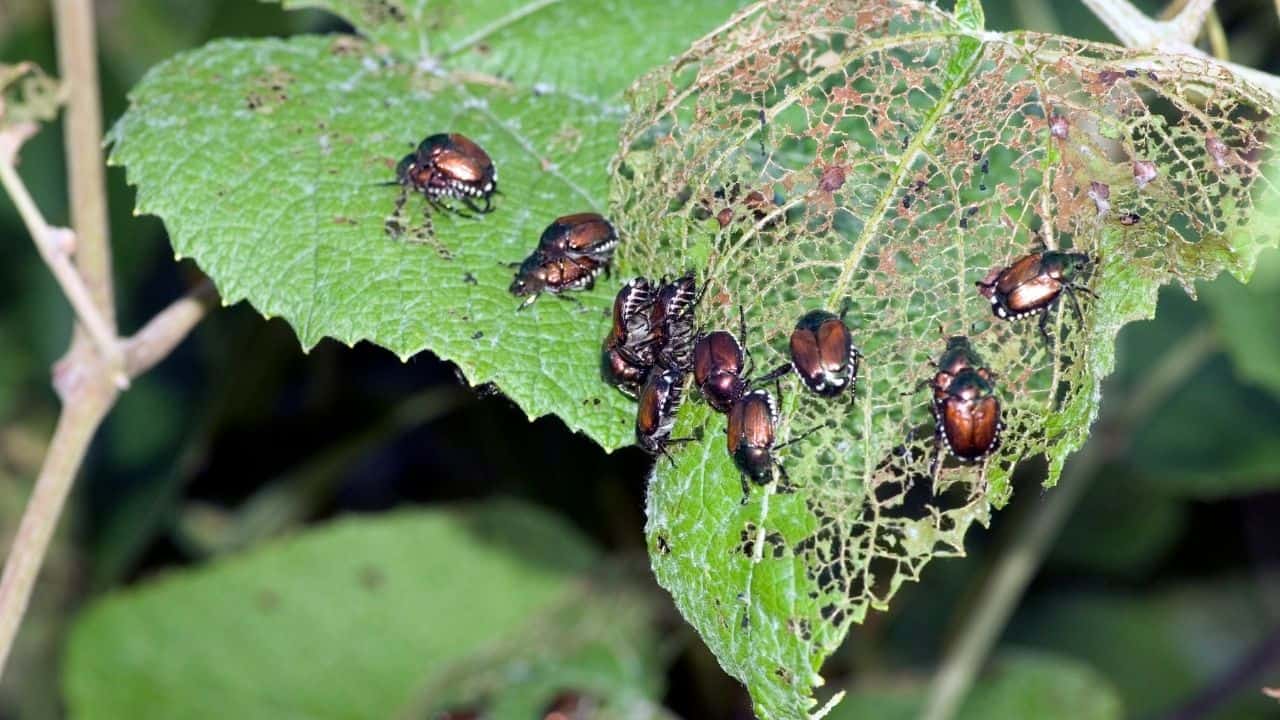 The Japanese beetles are notorious for eating up every leaf part they can find. They have several plants that they like to consume.

Their eggs are white and cream in color. The larvae are slightly curved and are also known as grubs.

The larvae usually have gray-white and brown heads. 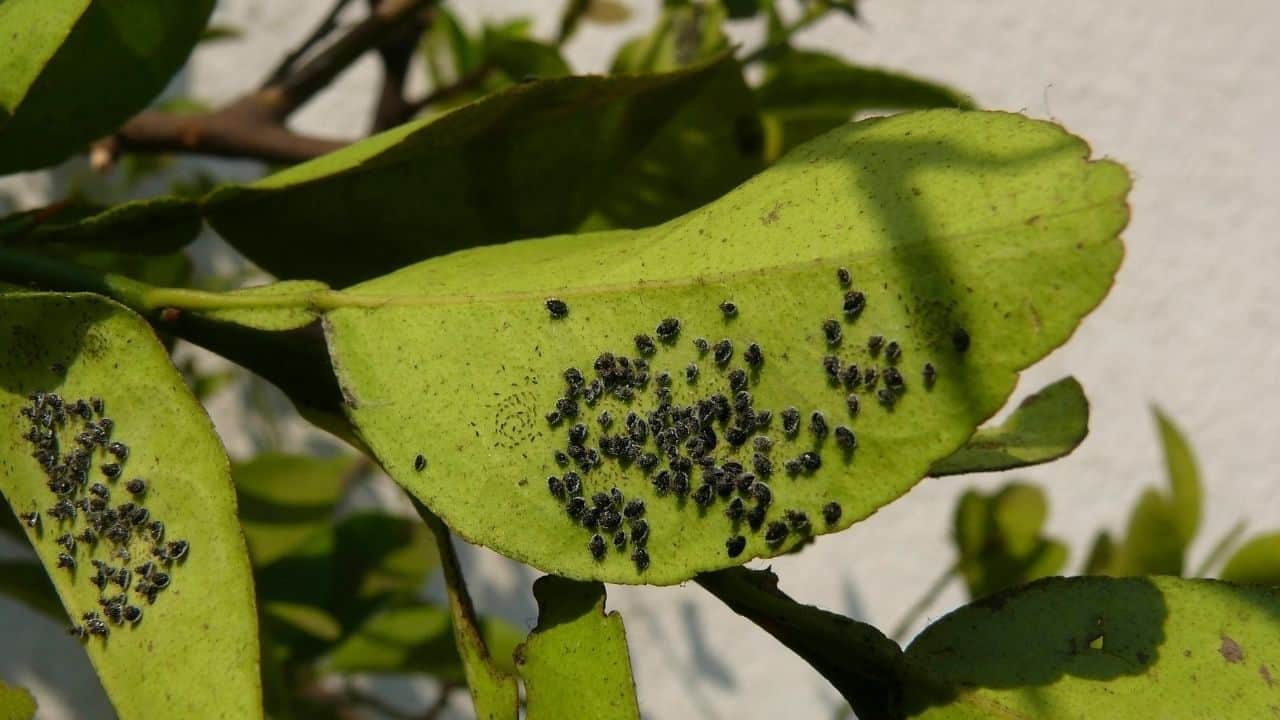 The lace bugs are pests that are called by this name because their wings are like laces. Lace also sucks the sap from the bottom side of the leaves.

They also love to feed on fruits and ornamental trees. When they feed, they love to leave their excrement behind, which is a dark brown honeydew in color.

This excrement attracts fungus and other pests to the plant. 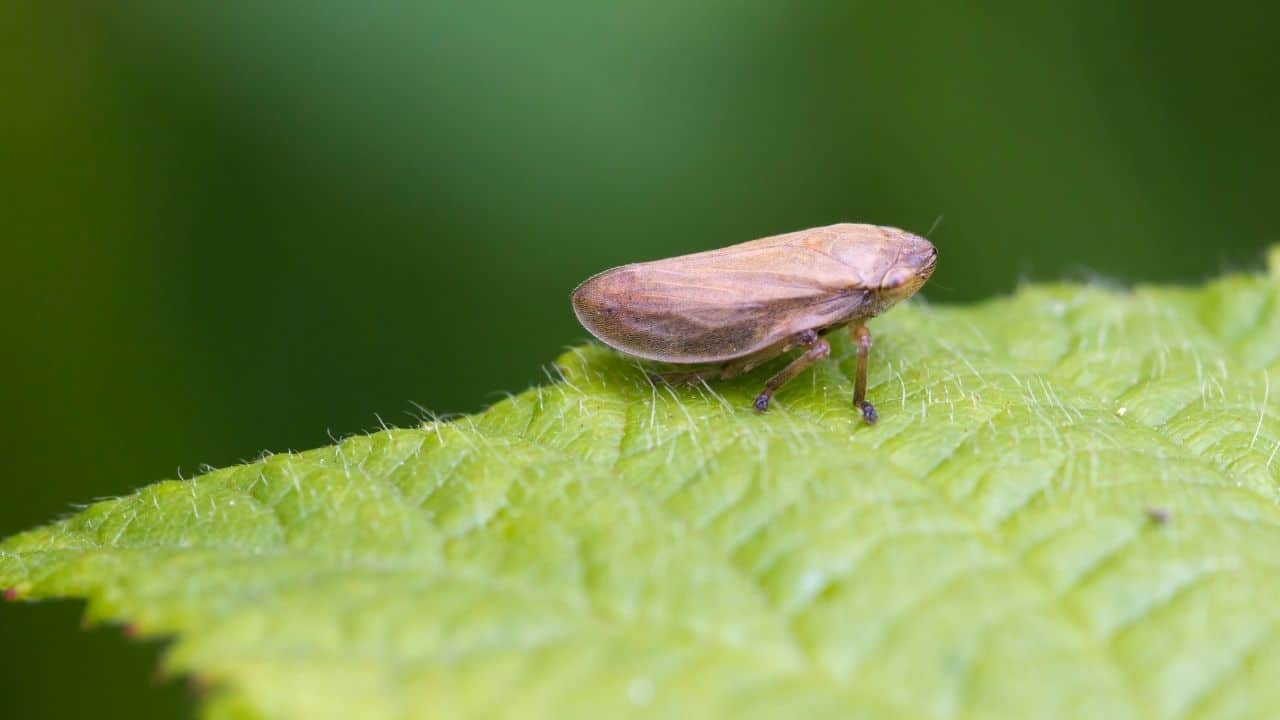 These pests fly or jump around when they are disturbed. They are small thin, and wedged-shaped insects that come in all types of shades.

Some examples of shade include brown and yellow. Leafhoppers love feeding on any edible and ornamental plant it could find.

And, like lace bugs, they also leave their excrement, but this time, black in color. This black excrement can then attract fungus to the plant, causing it to develop diseases. 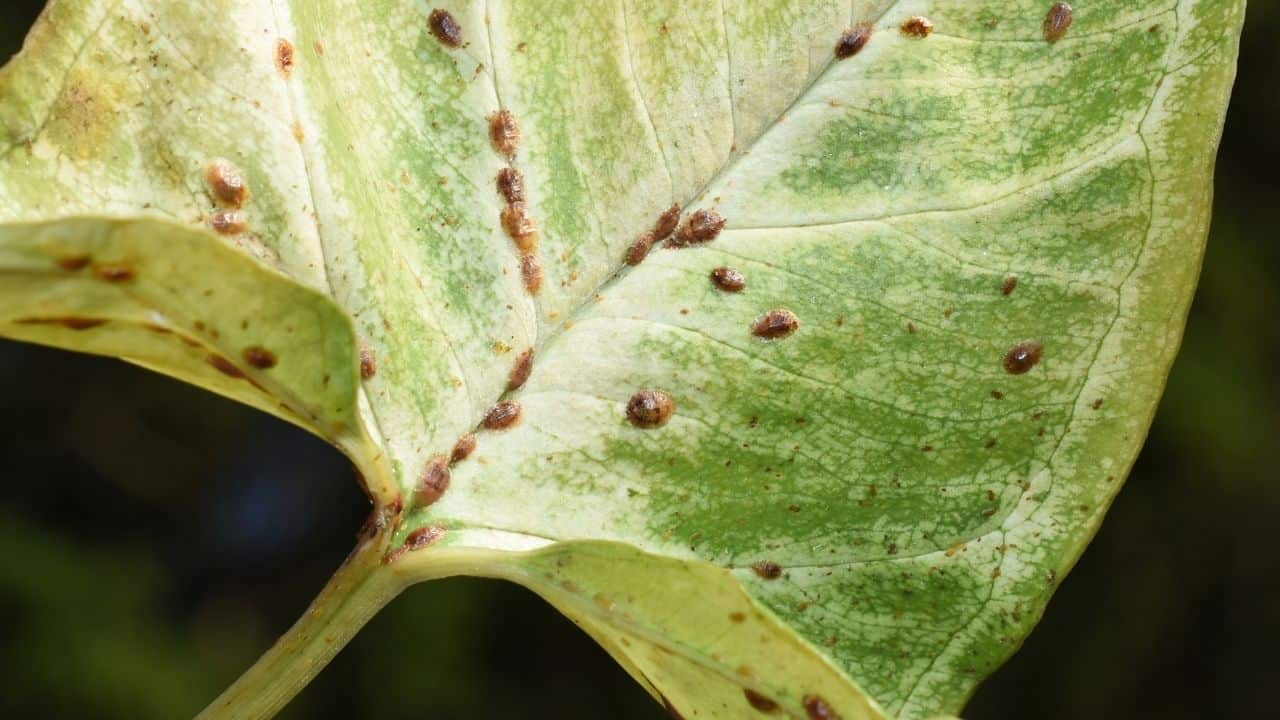 These pests are circular in shape and are known for their impenetrable armor. They can be found everywhere on the plant, but they often lay eggs on the bottom side of the plant.

Scales can suck the sap from plants and create honeydew. They are also capable of attacking ants.

Getting Rid Of Insect Eggs From the Leaves

There are generally 2 methods you can use to remove the insect eggs.

One includes blasting the leaves with water, and the other is by using organic sprays.

A blast of water directly at the egg-covered leaf will almost instantly remove the eggs from a large area.

It is best if you spray the leaves in the morning so that they may dry off and not attract other fungus or pests.

Ensure to blast the water on the bottom side of the leaves since most pests lay their eggs there.

Check the leaves after every three days to see whether or not all the pests have gotten rid of and no more eggs are left.

With the organic spray, you will need to buy one that contains neem oil or any other horticultural oil. For safety precautions, wear a mask and gloves.

When using the organic spray method, you will face the issue of dead eggs being left behind. This is because the spray only kills the insect eggs but doesn’t remove them from the leaves.

Thus, it is better to combine both the methods mentioned above to get optimum results.

How can you get rid of insect eggs from plants?

There are many ways to remove insect eggs from plants. One method includes taking a cotton swab and putting rubbing alcohol on it; then, rub the leaves to remove the eggs.

Insect eggs cannot be killed by using vinegar. Although some pests can die when exposed to vinegar. 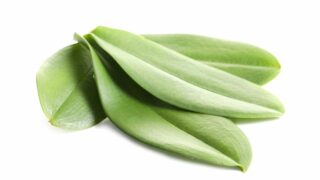 Previous
White Spots on Orchid Leaves — All You Need To Know! 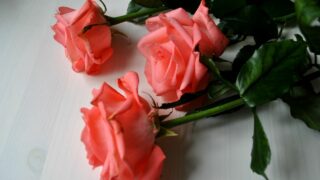 Next
White Spots On Roses — Causes And Their Cure