Sago Palms are not really Palm trees. In fact, they are ancient plants that were once called Cycad.

These plants have been said to be around since dinosaurs existed.

Just like other plants, Sago Palms can also be attacked by pests and funguses.

The most common issue found in Sago Palms is white spots, which are actually white scales. 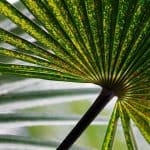 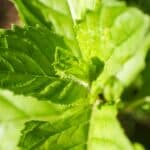 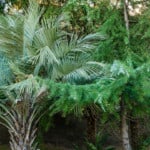 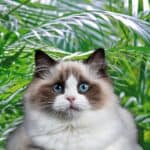 The white spots on Sago Palms are actually white scales. These scales are tiny insects that suck out the sap from the plant. But, they’re not easy to remove since they’re good at hiding themselves. But you can exterminate them with the help of horticultural oil, insecticidal soap, and pruning.

How to Remove White Spots on your Sago Palms

White spots on Sago Palms are actually white scales, and removing these pests can be difficult.

This is because these insects have protective wax armor on them that doesn’t let them be killed easily.

Treating your Sago Palms is very important for the plant’s health. In the case of Sago Palm scales, simply blowing them off won’t be easy.

This is because they like to hide in the roots or the tiny nooks and crannies of the plant.

You can spray these pests with horticultural oil or even organicide, which is a chemical made from ninety-five percent fish oil.

These oils are effective since the exterior of the scales becomes coated, and they end up suffocating. You have to spray both the top and bottom parts of the leaves to kill them off.

It is recommended that you spray the plant anywhere between 1x weekly or 1x every 3 weeks. Then you can hose the plant on the fourth week.

You can get rid of the infestation by pruning the parts that are already infected. Then put on paraffin on all the parts of the plant.

Take water and three tablespoons of oil and spray the whole solution on the Sago Palm plant. Do not forget to spray the bottom sides of the leaves and the trunk as well.

Apply this solution at least twice or thrice daily. The application of the solution should be done after every five days.

Damages That White Spots can Cause on Sago Palms

Scale insects, especially the crawlers, will suck out the sap from Sago Palms. These crawlers love to feed off the sap present in Cycas, and once they’re done feeding, they leave behind a sticky substance.

This sticky substance you’ll see is what you call honeydew, and honeydew is capable of attracting more ants and flies.

The honeydew can also trap fungus spores in it, causing the honeydew to become moldy. This causes black spots on your plant.

It is a soot-like material that stops light from getting through the leaves. These scale insects are very tiny, but they are still easy to spot.

The best indicator is white and black spots on the top or bottom sides of the Sago Palm leaves. Most heavily infected Sago Palm trees have leaves that look white.

You can check if the scales on the leaves are still alive by scraping them. If the scales were dead, then they would be powdery and dry to the touch.

If the scales feel moist or squishy, then they’re still alive and active.

Getting rid of the scales on Sago Palms requires a lot of patience.

The need for patience increases for some effective methods, however, it ultimately benefits the plant grower.

The first way to get rid of scales is by pruning your Sago Palm. The more infested the plant, the more time it takes to prune.

When pruning, make sure you use sterile tools and have a properly sealed bag. Once done with the pruning, take the cut parts far away from the plant and dump them in the trash.

If there are too many scales present in your plant, then you will have to pluck them off with fingernails or another object.

But this will only remove the scales you see, so you will have to pick up other methods to prevent them from spreading.

You can use a cotton swab and pour some isopropyl alcohol onto it, and dab the leaves of the plant. This will remove any excess honeydew leftovers and kill the scale.

Do this once or twice a week to make sure the scales have been removed permanently.

Using ladybugs and other predatory insects that don’t harm plants is another way to keep your plants safe.

Chemical Ways to Get Rid of White Spots Sago Palms

You can also get rid of scales with the use of systemic insecticides. This systemic plant insecticide will be absorbed through the root and translocate to other plants as well.

Another way to get rid of scales is by horticultural oil application. Applying horticultural spray can help kill the scale and blocks their growth.

Sago Palms often have white spots as a natural occurrence. Thus, people might confuse it for scale insects.

The scurf of Sago Palms is another condition in which the scurf falls off of the leaves once it matures.

The appearance of this scurf is white and will form some elongated bumps in a line on the leaves.

Are Sago Palms scales always the cause of white spots in Sago Palms?

These white scales are almost always the cause behind white spots on Sago Palms. The plant usually doesn’t get powdery mildew.

Should pruning always be done to Sago Palms infected with scales?

Pruning is a good way to prevent spreading scale infection. However, it’s not at all essential to do it every time your plant gets infected.