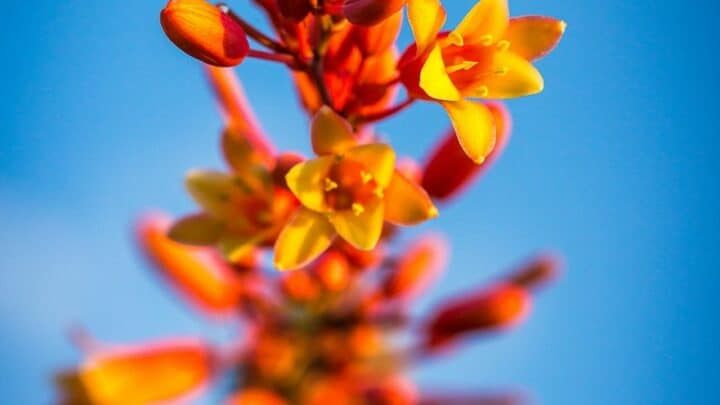 Red Yucca, scientifically known as Hesperaloe parviflor, is a member of the Plantae kingdom and hails from Northeastern Mexico and areas of Texas occupied by the Chihuahuan desert.

The plant grows in three to six-foot wide clumps and produces red and yellow flower-tipped stalks that get as tall as five feet.

The small red and yellow flowers on top of the stalks bloom during the spring and summer.

A drought-resistant species, Red Yucca is a popular landscaping plant in areas of the United States and Mexico with hot climates.

Red Yucca is also extremely low maintenance. But, just how fast does this easy-to-cultivate species grow? Let’s find out below.

How Fast Does Red Yucca Grow?

Red Yucca takes on average around two or three years to reach maturity. The plant requires approximately another year or two to start fully blooming, however. In other words, Red Yucca takes roughly four to five years to completely mature and bloom consistently.

A slow-growing plant that requires very little upkeep, Red Yucca is considered almost effortless to grow. That said, they are a plant that requires your patience. You may have to wait for up to five years to see its pretty little flowers in full bloom.

Let’s have a look at some of the most significant factors for growing Red Yucca quickly and efficiently.

How Should I Plant Red Yucca for the Fastest Growth?

If you want your Red Yucca to grow as fast as possible, it should be planted in well-draining soil or even sandy soil.

For planting in containers, they should be planted with a mixture of potting soil, sand, and perlite for the quickest and most consistent growth.

Red Yucca love light, and as heat-resistant as they are the plants are, they thrive in hot spaces that receive full sun.

How Much Light Does Red Yucca Need?

Six to eight hours of full sun is often ample light for Red Yucca plants to grow. But, if you want them to grow quickly, and thrive, they need direct and semi-direct sun all day long (even though their tips might dry out).

For indoor plants, any south or west-facing window is an ideal location. This allows the plant to soak up more than enough sun to thrive in most cases.

How Much Water Does Red Yucca Need?

In fact, once mature, they can survive off of nothing more than annual rainfall. That said, during the first year, you’ll want to water your plant regularly, especially after planting it.

Simply check the soil around the plant every couple of days for the first two weeks and water when it’s dry.

After that, you can go to watering it once every two or three weeks until cooler weather arrives.

How Much Space Does Red Yucca Need?

Red Yucca plants aren’t very big at the time of planting, but they will eventually grow to be several feet wide.

That’s why they require a minimum of two or three feet between each one that you plant.

Once they grow to maturity, with three feet worth of space in between, they’ll be pressing into each other.

Additionally, keep in mind that you need to leave two to three feet of space between the plants and sidewalks, driveways, or other landscaping as well.

If growing Red Yucca in pots, then they simply need enough room to bask in the light. You can always move them further apart as they grow in size.

Red Yucca plants do well with general-purpose fertilizers that contains phosphorus, potassium, and nitrogen. Apply the fertilizer to your plant early in the year, before it starts putting off new growth.

Avoid over-fertilizing though as Red Yucca require very little extra care, including fertilizer. If your plant appears healthy, it probably is. If you want to give it a little boost instead, just add a bit of bone meal to its soil.

How Big Do Red Yuccas Get?

The average Red Yucca plant grows to heights of three to five feet. However, in some cases they may grow as high as eight or nine feet tall. But, for the first couple of years they don’t normally grow so tall. The more mature the plant becomes, the taller its shoots will be.

Do Red Yucca Need to be Pruned?

Unlike many flowering plants commonly found in landscaping Red Yucca doesn’t require pruning. Every spring the plant puts off new growth and eventually shoots up thin stalks topped with small flowers. You’ll never need to prune your Red Yucca unless you simply want to reduce its size.

How Do I Make Red Yucca Bloom?

If cared for properly, Red Yucca bloom all on their own. That said, if you want more or healthier blooms there are a couple of things you can do to help it out.

Light but regular fertilization, for example, encourages the plant to grow and to create additional blooms. Likewise, you can trim it up a bit each fall for a boost in growth the following spring.

Another trick that helps Red Yucca plants bloom more is spiking its soil with bone meal.

Does Red Yucca Bloom Every Year?

Red Yucca plants indeed bloom each year. But, not until they’ve reached full maturity. Depending on how well it is cared for, and its environment in general, it may take between three and five years before your Red Yucca starts blooming annually. 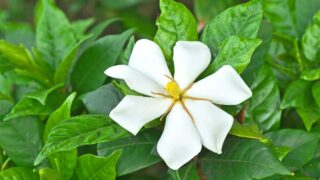 Previous
How Fast do Gardenias Grow? — The Answer 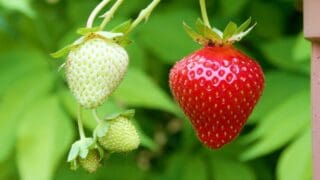 Next
How Long Does it Take To Grow Strawberries? The Answer!