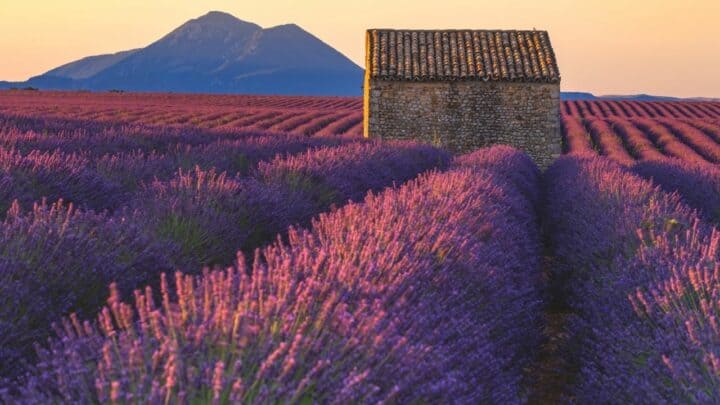 Did you know that lavender has the power to repel insects like mosquitoes, moths, flies and fleas?

This is, perhaps, one of the many reasons that drew you to this plant.

The Lavandula angustifolia touts numerous benefits from the fragrance to the vibrantly-colored flowers and medicinal properties.

Despite these perks, it’s not the easiest to grow – as you’ve probably learned first hand.

If you’ve tried several times to grow lavender successfully, but aren’t having any luck, there are a few things you could be doing wrong.

In the following post, we’ll highlight the reasons why a lavender plant may fail to grow to maturity. Read on to learn more.

A lavender plant that dies prematurely can be the result of improper watering, especially overwatering. You should always use a free-draining medium to avoid this. Planting the wrong variety, pests and insufficient exposure to sunlight are other reasons why your lavender plant is dying.

For many gardeners, figuring out how frequently to water a lavender plant is often the most challenging part. Some tend to underwater while others go overboard.

The worst situation, however, is overwatering. This plant is highly susceptible to root rot and fungi both of which can occur when you leave your lavender sitting in soggy soil.

Wondering whether your plant is overwatered? Well, look for signs such as:

Underwatering your lavender is a little better than overwatering as lavender plants can survive a bit of neglect. To know whether your plant is underwatered, check how quickly the soil drains. If it drains incredibly fast, it’s a sign that there’s not enough water.

Keep in mind that lavender plants positioned in hot or excessively bright areas can dry out way faster than those left sitting in shaded areas.

So just how often should you water this plant?

The answer will depend on the plant’s stage of growth. For lavender plants that are newly planted, water the soil on a weekly basis until they become fully established (about a gallon of water is recommended).

Once they’re established, reduce the amount to ½ a gallon for each plant. Also, reduce the frequency to once every two weeks.

As soon as your plant starts blooming, increase the frequency once more to twice a week to encourage flowering.

Now, this is not a fixed watering schedule. You can vary the frequency and amount depending on the climatic conditions in your area. For instance, if it’s raining, and you’ve planted your lavender outdoors, then you don’t need to water as frequently.

If your lavender is slowly deteriorating, then one of the reasons could be because of using the wrong growing medium.

If you come across this plant in the wild, it thrives amongst rock cracks, and in somewhat dry soil, under intense heat and a small amount of water. So if you want it to grow healthily, these are the conditions you should try and emulate.

In that regard, ordinary potting soil used on its own just doesn’t cut it. Often, it’s too dense and tends to retain too much water, posing a risk of root rot.

Instead of using potting soil exclusively, consider adding other elements that improve its aeration, drainage and water retention rate.

For the best results, my growing medium typically consists of one-third potting soil to one-third perlite to one-third clay stones or oyster shell. Here are the benefits of each:

Another factor that can contribute to your plant’s death is poor or inadequate lighting.

The first thing you should take note of when it comes to lighting, is that the plant originates from the Mediterranean and parts of Northern Africa. Both of these areas are known for their sunny climates, meaning lavender thrives in full sun.

This is not difficult to achieve if you’ve planted your lavender outdoors, unless you time the planting season wrong.

But for potted lavenders kept indoors, providing sufficient light can be an issue.

Failure to provide enough light can affect the color of the leaves and flowers, and in the worst-case scenarios, hamper growth.

To avoid these, ensure your lavender is receiving 8 hours of direct sunlight each day. If you’re growing yours indoors, then place it close to a bright south-facing window.

Lavender grows to a considerable size so it’s not the kind of plant that’s going to fit on a window ledge. So to provide the best sun exposure, consider placing it on a small table or plant stand.

Alternatively, you can set up artificial lighting fixtures to supplement or substitute sunlight.

The standard fluorescent tubes are suitable for this application. Opt for the high-output varieties, which emit twice the amount of light as traditional tubes.

Once you have these fixtures, position them between 6 and 12 inches above your lavender plant(s).

While you might not think much about it, choosing the wrong lavender variety to grow can break your whole experience.

Here’s the thing, some varieties of lavender do better than others in certain climates.

A case in point, the English lavender (Lavandula angustifolia), is hardier and has a longer lifespan than the French and Spanish lavenders (Lavandula dentata and Lavandula stoechas).

If you live in a cold climate, however, you’re better off choosing Lavandin. A plant resulting from a cross between the Portuguese lavender and English lavender.

Compared to other lavenders, it bears more flowers at a time and blooms for longer. It means you get to enjoy the stunning beauty of its flowers for an extended period.

But most importantly, Lavandin is robust and displays better tolerance to wetter soils and extremely cold climatic areas.

Given its fragrance and colorful structure, it comes as no surprise that the lavender plant attracts a ton of pests.

If you spot any pests on your plant, it’s important to nip that bug in the early stages to avoid a full-blown infestation. To help you, here’s a rundown of some of the pests that might attack your plant and what you can do about them.

Also known as frog hoppers, these bugs release a foamy, saliva-like substance on your lavender. The good news, a full-blown infestation of these pests is quite rare. But if it happens, it can cause your lavender plants to lose their beautiful appearance, and eventually, die.

Spittle bugs are among the easiest pests to control. All you need is to wash your plants regularly, using a strong jet of water. This helps to wash away both the spittle and the pests.

Whiteflies are other pests that can cause significant harm to your lavender plants. These appear as tiny, powdery insects, and they like to attack the undersides of leaves.

If they do, the leaves will begin to yellow and appear blotchy. Plus, they leave honeydew which can result in sooty mold.

To prevent a severe whitefly infestation that wounds up wiping your entire crop of lavender, introduce natural predators like lady bird beetles. Another effective approach is to apply reflective mulch at the base of your plants.

The thing with aphids is that they probably won’t cause any direct harm on your lavender. However, they’re known to be carriers of deadly diseases like alfalfa mosaic virus, which can wreak havoc on your garden.

If your plant becomes infected with this virus, it will cause stunted growth and eventually, death.

Watch out for signs, such as yellow spots on leaves and shoots. If you notice any infected plants, be sure to remove them to prevent the disease from spreading further.

Cleaning and sterilizing the gardening tools you use on your lavender can also help to prevent aphids’ infestation.

Lavender can be tricky to care for, especially when it comes to its feeding needs. In fact, it thrives better in nutrient-poor soil. As such, applying a high amount of fertilizer can not only lead to excess foliage but also flat out destroy it.

Now, this doesn’t necessarily mean that you should do away with fertilizing it. It just means you should go about it the right way.

We’ll start with timing. The best time to apply any kind of fertilizer is at the beginning of its growing season in spring.

In terms of type, I prefer to use compost because it’s rich in a variety of nutrients. Apply about an inch of high-quality compost around the plant.

Of course, this is not the only option. You can also use store-bought fertilizers, but only if they’re the slow-releasing variety. What this means is that the fertilizer releases just a tiny amount of nutrients over a given period.

This helps to prevent fertilizer burn, which can easily kill your lavender.

And, there’s no need to fertilize this plant in fall. The fertilizer will encourage new growth, which will probably not survive the following winter season.

Wondering why your lavender plant(s) keep dying? Well, there are several culprits, the main one being overwatering.

Lavender doesn’t need much watering, especially if its growing season has already passed.

It also doesn’t require much in the way of fertilizing. Adding a small amount of compost at the start of the growing season will do the trick.

Another aspect that can kill your lavender plant entails picking the wrong variety for your area. Some varieties of lavender fare better in certain climates so conduct due diligence before deciding which specific one to grow. 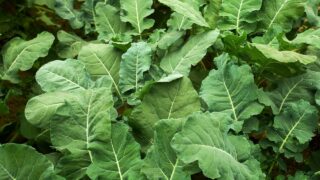