Pindo Palm Diseases And The Most Effective Ways To Cure Them 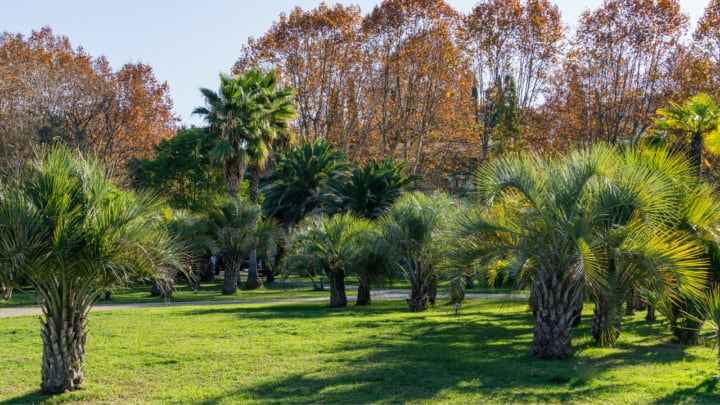 The Pindo palm (Butia capitata) originates from Brazil, yet is still tolerant to the cold and boasts itself as one of the most low maintenance variety of palm trees.

It is known for its impressive deep green foliage and fragrant white flowers, and lesser-known for the fruits it grows every year.

Pindo palm fruits are not only good food for wildlife but they are also used in alcohol and desserts.

However, like all palms, the Pindo is still prone to disease. Read ahead to find out what the most common Pindo palm diseases are, and how to solve them.

Although a hardy plant, the Pindo palm is not immune to disease. The most common ailments that affect the Pindo palm are root rot, leaf spot, and insect infestation. None are incurable, and there are several ways to treat a diseased Pindo palm, such as changing your plant care methods or using pesticide.

Phytophthora is a form of root rot disease that is common in most varieties of palm trees.

This is caused by the soil being flooded or saturated for a long period of time, leading to a fungus getting into the roots and soil of the plant.

Phytophthora then begins to attack the plant from the roots upwards, starving it of oxygen and therefore the nutrients it needs to survive.

Symptoms of this appear in the leaves, starting with the colors gradually beginning to desaturate.

If left untreated, the leaves will then become yellow, start to wilt, and eventually fall off completely.

In extreme cases, root rot can even lead to the death of your Pindo palm.

Like all types of root rot, you need to treat Phytophthora quickly and effectively. Experts recommend that you use a 3% hydrogen peroxide solution.

Mix the solution to the ratio of 3 parts water and 1 part peroxide. When this is added into the soil it will clean and kill any fungus caused by the Phytophthora.

Leaf spot is a variety of fungal disease that affects the foliage on your Pindo palm.

Leaf spot develops slowly and is usually attributed to the environment your plant is in being too humid.

The warmer and moister your environment is, the easier it is for the leaf spot fungus to attach onto your palm.

The symptoms of leaf spot are black and yellow spots appearing on the leaves, that will have a faint ring outlining them.

As the leaf spot progresses, the Pindo Palm leaves will start to look oily and wet.

Leaf spot is primarily spread through bacteria and is carried by insects or by the use of unsanitary gardening tools.

However, this is not necessarily a death sentence for your Pindo palm.

If your Pindo palm is still in the early stages of leaf spot, in which only a few leaves have been affected, it is suggested that you remove these leaves as soon as possible.

Not only will this minimize the disease from spreading, but it could aid your plant’s recovery.

There are also multiple sprays and solutions that can be purchased from nurseries and garden centers.

Pindo palms are generally healthy plants and they are rarely infected by insects.

Although uncommon, the palm leaf skeletonizer is an insect that attacks palms mainly in the southern US and Caribbean.

The skeletonizer is a small grey moth that feeds on the leaves of the Pindo palm.

The insects will primarily affect the fronds, causing the leaves to become dry and brown.

If left untreated, the insects will multiply and could fatally damage your plant.

To treat an infestation of palm leaf skeletonizer, wash the infested parts of your plant with water. It is recommended to wash the leaves at high pressure, such as using a strong pressure hose.

This will get rid of both the moths and their lava, and if done thoroughly it should stop the insects from returning.

However, if the moths do return, it is possible to remove the insects by hand, with a wet sponge or cloth.

A good way to prevent your Pindo palm from becoming diseased is to make sure that it is getting the proper nutrition.

All varieties of palm need to be fertilized infrequently, but with a solution that contains a high amount of potassium.

The deficiency of potassium and other vitamins in Pindo palms leaves them much more susceptible to disease.

A sign that your Pindo palm is suffering from a lack of nutrients is yellowing on the leaves. This will appear first on the older leaves, and they will start to get yellow translucent spots.

If you leave it untreated, this will eventually lead to leaf drop.

Pindo palms should be fertilized around four times annually, focusing mainly on the early spring and late summer months when they use the most energy.

Should I cut brown leaves off my Pindo palm?

You should remove leaves that have turned dry and brown (or yellow) off of your Pindo palm. However, ensure to cut and not pull them off of your plant.

How often should a Pindo palm be watered?

Pindo palms enjoy moist environments, so they should be watered an average once a week. Water your palm more frequently if the soil becomes dry.

Pindo palms are slow-growing yet they are one of the fastest-growing palms. Pindo palms grow around 12-24 inches annually. 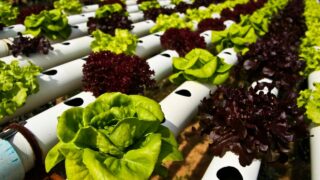 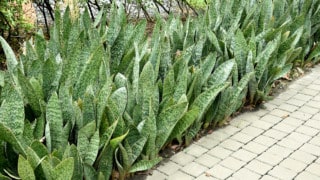 Next
Why Is My Snake Plant Dying? All You Need to Know!