The Ficus tree is native to Australia and Asia. Commonly referred to as the Ficus tree, the technical name of the plant is Ficus Benjamina, and belongs to the Moraceae family.

The official tree of Bangkok, today the tree is naturalized in the USA, the West Indies, and Taiwan.

The tree features light gray bark that is smooth, oval-shaped leaves, and can grow up to a massive 98 feet tall in nature. It is a common houseplant around the world.

Typically, it is considered an easy to grow and care for plant.

However, it does have a habit of dropping leaves, which often leaves its plant-parents scratching their heads in frustration.

Read on below to find out why leaf drop is happening with your ficus tree!

The Ficus tree drops up to 20-percent of its leaves naturally throughout the year as the seasons change. Further, there are several external factors that cause additional leaf drop including poor watering habits, not receiving enough light, and exposure to wind and cold temperatures.

7 Factors That Cause Ficus Tree Leaf Drop and Solutions

The first and foremost reason for a ficus tree to lose more leaves than the standard amount it already sheds each year, which is around one-fifth of its total leaves, is environmental changes of any kind.

This could be moving the plant indoors, from outside, at the end of summer or fall, or the opposite (moving it outside in the spring or summer, after wintering indoors).

The ficus tree will also lose leaves as the seasons change, which is nothing to be alarmed about.

The best way to ensure that no additional leaf drop happens due to environmental changes is to correctly “harden” the plant before moving it from inside to outside, or vice-versa.

Hardening the ficus is done by slowly exposing it to the new environment over the course of a week or two rather than simply moving it one day.

A lack of adequate light is another one of the most common reasons for leaf drop in ficus trees. Perhaps the most frequent time that it occurs is when the plant is moved indoors from outdoors.

Further, leaf drop due to lack of light may happen when the tree is placed outside but is situated too close to a wall, fence, or under shade trees.

To avoid this predicament, be extra careful to place your ficus in a position where it receives plenty of sunlight when moving it outside. Likewise, when moving the plant inside, be sure that you give it plenty of light while it remains indoors.

3. Under or Over Watering

As with most plants, under watering or over watering often leads to leaf drop with the ficus tree.

Ficus tree care requires, on average, roughly one liter of water per week. Depending on the size of the plant, an extra half-liter may be helpful.

However, more than a liter and a half should be avoided at all costs (unless it is outside and there is unusually hot and dry weather for an extended period of time).

Watering your ficus once per week is sufficient enough to prevent leaf drop due to overwatering or underwatering. If you are unsure when to water it, simply stick your fingers into the soil and feel around.

If the top two or three inches is dry, it’s time to water it.

If your ficus tree is showing signs of excessive leaf drop, with the leaves themselves displaying yellowish-brownish spots, you may be experiencing another of the most common reasons for ficus leaves to drop; fungus.

Fungus is not at all uncommon to occur on ficus trees and is easily remedied with the use of a fungicide of your choice.

If you prefer an organic approach to solving the issue, we suggest spraying the tree down with a neem oil and water mixture.

Leaf drop due to insects of one sort or another is also a regular occurence with ficus plants. This affliction is easy to spot as the remaining tree leaves tend to have a sticky texture to them.

Sometimes the leaves may even seem to ooze or drip some sort of sticky fluid.

The best solution for this issue is of course to spray the tree with a pesticide of some sort. And, as with treating your tree for fungus, we recommend again using a neem oil and water-based spray on the remainder of healthy leaves.

With the changing of the seasons your ficus plant will most definitely shed a great number of its leaves.

That said, if the leaf drop continues, or over a quarter of the leaves are dropped, there may be some additional stress or another factor causing it.

Being prepared for heat, pests, fading light, changing temperatures, and the need to water your plant more, or water it less, and taking action as needed is enough to prevent problematic leaf drop.

One reason for tree leaf drop in the ficus plant that is often overlooked is strong wind and cold drafts. If you keep your ficus outside, and the wind is particularly hard at times, don’t be surprised when it begins dropping more leaves than ordinarily.

Even more overlooked than strong winds causing leaf drop outdoors is the fact that cold drafts inside, typically during the winter, almost always result in dropped leaves.

The solution is simple; avoid placing your tree near windows, doors, or other cracks that allow drafts in the house. Outside, make sure that your tree has some sort of windbreak to protect it against strong winds. 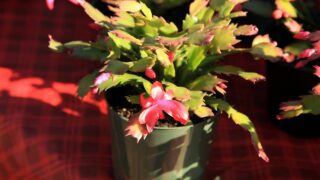 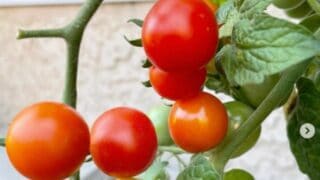 Next
Tiny Tim Tomato Plant Care - All You Need To Know!