For a plant that produces small berries, the goji berry plant sure can grow big. Just how big can a goji berry bush get though?

Some goji berry varieties only grow to ten feet, others can grow taller.

Rarely is controlling the height a problem. You can easily control the height by cutting it back.

It will stress the plant and when that happens, it sends out suckers. It’s the spread of these you need to worry about.

Those suckers will sprout new plants faster than you can get rid of them. 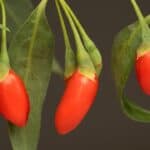 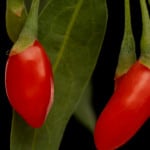 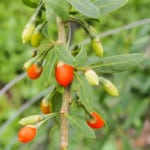 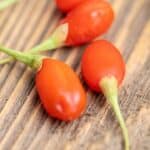 
If you’re thinking about planting a goji berry bush in your garden soil, definitely do your research on how to control the spread because this an aggressive garden invader!

How big can a goji berry bush get?

A single goji berry plant can grow to 12 feet tall (6.4m) with a 10-feet spread (3m). They are vigorous spreaders. Planted in garden soil, suckers will sprout. These need consistent pruning to prevent them from taking over landscaped gardens. The only way to limit spread is to grow goji berries in containers.

The most pressing concern with goji berry bushes is keeping it restricted to the site you plant it in the garden.

These naturally want to spread their roots.

If you don’t manage these carefully, they will take over.

Goji berry plants are invasive. They spread through underground rhizomes and seeds blown by the wind or moved by birds.

Both the rhizomes and seeds can quickly cause new shrubs to spring up, often multiple feet away from the original planting site.

The gardener’s problem is controlling the spread. Not the height. These do not stay put.

The roots of a goji berry bush send out suckering rhizomes that spread below ground.

You can plant it in one spot, keep it pruned to a decent size, then find a new goji berry shrub springing to life at the opposite end of your garden.

Obviously, that won’t be in such good shape because it’s an unexpected growth. You won’t be there to water it.

The amount of sunlight it gets will be different, possibly the soil acidity too.

It’s one thing to say how big a goji berry bush can get, but it’s quite the opposite to say how much ground it can cover.

These are aggressive rooters so if left to their own devices, they will dominate your garden landscape.

The only sure-fire way to control root spread is to grow these in containers.

The only time containers wouldn’t be suited is if you want to grow a living fence. A fruiting hedge to fence around a chicken pen, as an example. (chickens love goji berries)

Prune goji berry plants regularly. At least twice annually. Get rid of dead, diseased, and damaged parts of the plant, and always pay attention to what’s shooting up from the roots.

Suckers should be removed fast before they get a chance to spread even further.

Limit pruning to a third of the size of the plant.

Take too much off in the one go will stress the plant. The more a goji berry plant is stressed, the more suckers it sends out.

Those are what will invade your garden. Not the goji berry plant itself.

The end result of a stressed-out goji bush will be bare canes with little fruit.

The offshoots it sends out are what you need to stay on top of.

Containers, or even in raised garden beds, will keep the size of your goji berry bushes in check.

Even if you plan on creating a living privacy screen, it can be done by placing containers close together.

The advantage is you won’t need to worry about the roots spreading underground.

The disadvantage is you will restrict the height the plant can grow to.

In containers, since downward growth isn’t an option, roots will eventually become pot-bound. At that point, it will need to be repotted.

As this is a vigorous rooting plant, it does better in bigger containers.

Use a pot size with at least a 5-gallon capacity. 7-gallon and even 10-gallon containers are ideal.

When it does outgrow the pot size, you can divide and transplant goji berry bushes.

Container-grown goji berries need to be repotted every two to three years.

You can continue to grow them larger by planting in bigger pots than before, going up one size each time.

If you need to keep them shorter, such as for using as a patio plant that can be overwintered indoors, dividing and transplanting every couple of years would be more suitable.

Whether you grow in containers, in garden soil, or in raised garden beds, they will always need to be pruned to encourage fruiting.

If you feel you’d struggle pruning a large shrub in your garden, grow these in containers.

The goji berry plant is one shrub you’d find difficult for you to keep under control once you’ve planted it in ground soil.

What’s the best way to use goji berry shrubs as a privacy screen or hedge?

Plant goji berry plants 3 to 5 feet apart (1-1.5m) with at least a spacing of 6 feet (1.8m) between rows. Planting with more width between your plants will make it easier to manage. Keep in mind when pruning to limit cuts to a third of the overall size.

While it’s a common notion that bigger plants mean more fruits, it isn’t the case for goji berry plants. Fruit only grows on mature branches in their second year. First-year (primary) branches won’t fruit. The tipped branches produce lateral growth, which are the mini stems that fruiting buds form in their second year. Untipped branches will shoot out canes but those won’t have many buds. To get the best yield, periodic and careful pruning to cut branches back controls height, spread, and helps to maintain a healthy number of buds per cane allowing for the most fruit production. 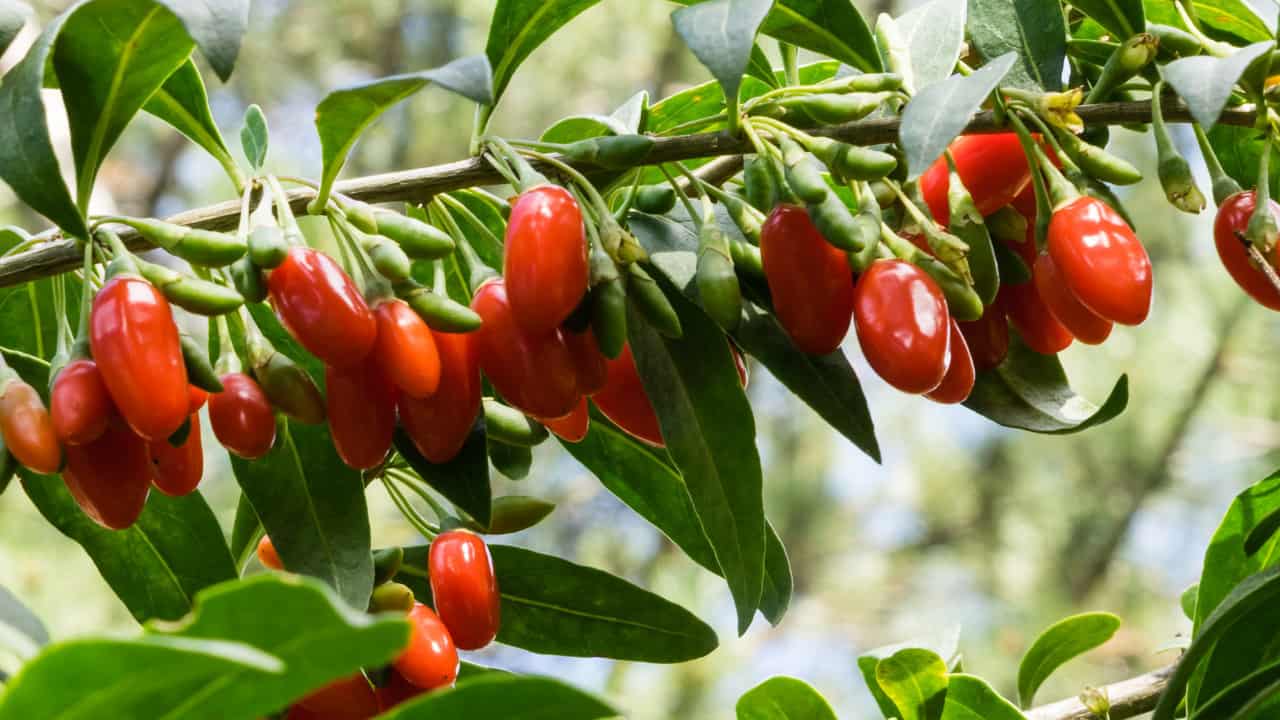