Posted on Published: May 24, 2021 Categories Gardening

How to Prune Geraniums – Growth Hacks 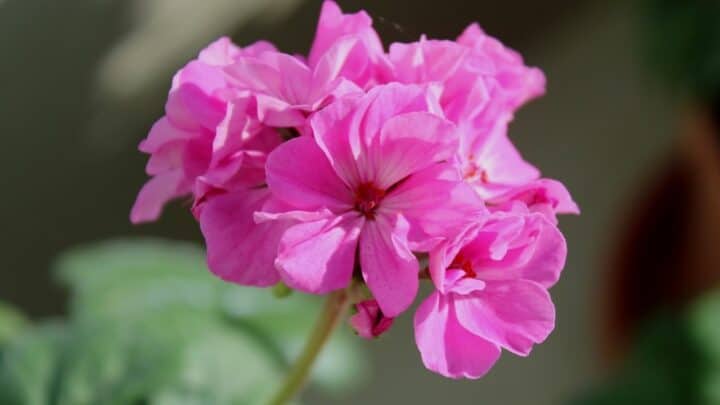 Geraniums are the gardeners’ trusted plant for gorgeous bright flowers surrounded by bushes of green foliage with gigantic trumpet-like flowers bursting with character.

Until you try it. Straggly growth, dismal color, and abysmal blooms.

Luck is on your side today because you’re about to discover not just how to prune geraniums, but you’ll also uncover the gardeners’ trick that guarantees bushy growth to support bigger blooms throughout the season.

Discover how to grow geraniums that ooze floral gorgeousness in the next few paragraphs below.

It isn’t a secret, but it’s definitely a delicate art.

How to Prune Geraniums

There are 3 stages to pruning geraniums, 4 if you count deadheading. Shearing, pruning, and pinching. Shearing is cutting back to 3 to 6 inches (7.6 – 15.2 cm) and is done in spring and fall. Pruning is cutting stems back to the lowest growth node. Pinching is removing a quarter to a half-inch (0.6 – 1.3 cm) from the stem tips.

How to Prune Overwintered Geraniums in the Spring

Spring marks the start of the new growing season. Geraniums that have been overwintered will have long, woody, unattractive growth.

Spring pruning is when to shape your plant for the season so that it bushes up and fills in attractively.

This is also when you’ll easily spot dead or damaged branches because very few leaves grow on damaged wood.

In the spring, any woody growth with few leaves coming through can be cut off to make way for new stem growth.

When making cuts this early in the season, cut the stalks with a pair of pruners above growth nodes, but leave some leaves attached.

Don’t cut directly on the main stalk, stripping the plant of its foliage. It needs those early leaves for photosynthesis.

Check the color of each stem is green. Healthy stems are green, decaying stems turn brown.

Any browning stems should be removed by making the cut against the base of the main stalk.

All the stems that are green are healthy, so they should be kept. Cut these a quarter inch above a leaf node as that’s going to encourage stronger stem growth to support flowering.

As a guideline on where to cut, take note of the following tips:

Spring pruning is the first heavy cut to give geraniums. New growth comes in fast and by going heavy on the cuts, it encourages the plant to fill out more.

In just a few weeks, you’ll have a denser plant with flowers starting to bloom.

When they do, you’ll need to deadhead them to encourage more of the same, only better.

Better read on How to Deadhead Geraniums to understand how to go about with the task.

How to Prune Geraniums at the End of the Season

Geraniums go dormant in the winter. They need a heavy cutting back at the end of the season.

The last pruning of the season is hard. Hard for the plant, and even harder for the gardener because you’ll have done everything throughout the season to keep it blooming.

Now it’s time to put the plant into an induced coma for the winter.

The last cut of the season should take everything off the plant. All that should be left is a handful of stems that’s roughly 3 inches above the soil.

To make the cuts, use a pair of sharp sterile pruners.

Cuts should be made at growth points about a quarter-inch above a leaf node on each stem.

Make sure that you follow a 45-degree angle in making the cuts to allow for water runoff. You don’t want any moisture being able to sit on an open stem.

You should remove all the leaves from the plant, too. While it’s dormant, there’s a higher risk of fungal infections such as botrytis (more commonly called gray mold), which happens when leaves are wet for too long.

Eliminate that risk by pinching all the leaves off.

Depending on your growing climate, you might get away with using mulch outdoors for thermal insulation from light frosts.

If there’s a risk of a freeze, it’s best to dig them out of the garden, shake the loose soil off, let the roots air dry for a few days, and bring it inside for the winter.

They still need sufficient moisture because despite being in a stage of dormancy, geraniums still grow over the winter. They just don’t bloom.

While you have them in winter storage, check on them periodically (roughly once monthly) to make sure the roots aren’t too dry. Also, check for signs of mold or other fungus infections.

If the roots do dry out, soak them in lukewarm water for a few minutes, then hang them upside down to dry.

Around January, start introducing light gradually, give them an occasional sprinkle of water, and you’ll start to see new growth coming through.

Start acclimating them for going back outdoors in late March, early April. By the end of April, it’ll be time to give your geranium its annual spring pruning again.

The Mid-Season Pruning for Spindly Geraniums

In the wild, geraniums are naturally spindly. The bushy geraniums that gardeners grow get their appearance because of regular pruning.

By mid-summer, some parts of the plant can start to look straggly making it lose its visual appeal.

You can correct this by shearing it back to just a few inches of stem, just like you’re prepping it for overwintering.

Being outdoors, in a sunny spot getting plenty of sunlight, is all geraniums need to spring back to life fast.

Pinching is the gardeners’ trick to growing bushy geraniums. It’s best to start this in early spring as soon as it starts to put out new stem growth.

Let new stems grow to three inches long, then pinch the end of the stem off about a quarter to a half-inch from the tip.

You can use your pruners for this, or just your thumb and forefinger. The stems are soft enough to snap.

On a geranium, when you pinch one stem, two more grow in.

That’s how gardeners are able to grow bushy geraniums, and it’s also why the ones you see in the wild are always straggly.

Geraniums are super easy to manipulate their growth stages to shape the plant.

Can leggy geraniums be sheared in late summer?

Shearing is taking the plant back to just a few inches of stem. This is the type of pruning to do in late fall to prepare the plant for overwintering. By late summer, if the plant is growing leggy, taking it back to half its size could be too much. Shearing from late August onwards can put the plant into dormancy early.

When is the best time to prune geraniums?

It’s best to do some type of pruning on geraniums frequently from early spring right through to fall. A heavy prune (shearing) should only be needed at the start of spring and then again in late fall. Pinch new stems in the spring to force the plant to fill out with bushy growth, then as the flowers come through, deadhead them when the colors fade so that it channels its energy into blooming. 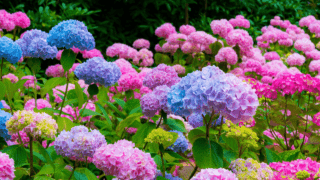 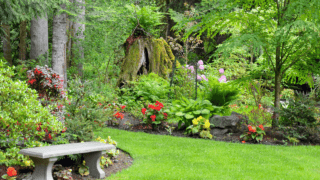 Next
9 Best Fertilizers for Outdoor Growth - A Buyers Guide