What Is Eating My Tomatoes? — Oh! Now I Know! 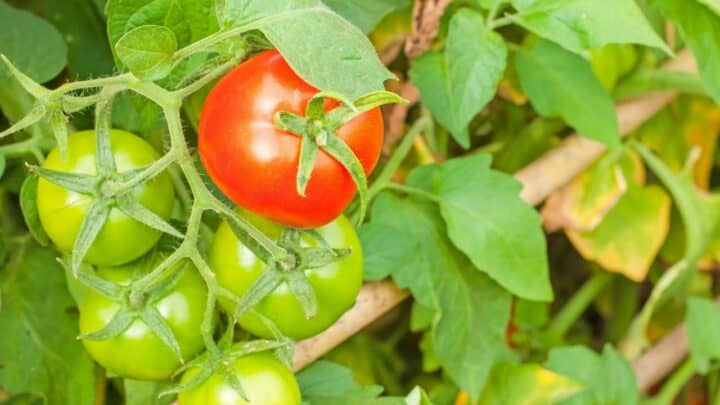 As much as we all love a good ripe tomato, most animals are just as fond of the tomato plant and lack the patience to wait for it to ripen.

Wildlife will eat tomatoes before they’re ripe. Insects, they’ll feed on the leaves, nest in the stems, and prevent your tomatoes from ripening.

If you’re finding near ripe tomatoes with bites taken out of them, half-eaten tomatoes scattered on the ground, or even some of the leaves nibbled on, chances are, there’s wildlife visiting your garden.

Before you experience a red tomato again, you need to play detective, determine the thieving culprit, and get proactive to protect your crops.

What is eating my tomatoes?

Deer do the most damage and can eat an entire vine. Birds and tree squirrels tend to cause top-down damage to tomatoes, while raccoons, chipmunks, and rabbits will feed on the lower growth. Voles are underground mammals that’ll eat the roots of your tomato plant causing wilt and eventual plant collapse.

Top tip: If you’re not entirely sure if it’s an insect or an animal that’s eating your tomatoes, check the ground for footprints, or scat.

The bigger the animal, the more evidence they leave.

As an example, a deer is going to leave heavy paw prints in the sand and trample your plants, whereas a raccoon is more inclined to leave scat near its food sources.

Deer is the biggest threat to your tomatoes. They can devour a tomato plant overnight.

You could grow an entire vine only to discover it mysteriously vanished.

A simple way to tell if it’s deer that’s eating your tomato plants is by the extent of the damage caused.

Deer do the most damage, eating all parts of the plant.

They’ll eat the leaves, take a bite from some of the fruits, and the ground covering plants will be trampled, too.

Anywhere there’s a deer population, the deers’ feeding ground is within a mile radius.

If your garden is within a deer’s hunting ground, you need to protect your plants. The simplest thing you can do is to use a tomato cage.

The most effective deterrent for deers is a tall fence. At least 8 feet tall. Preferably a solid panel fence because deer aren’t stupid.

They won’t jump over a fence when they can’t see its other side.

If you don’t want to enclose your garden, at the very least, make it difficult for them to walk into your garden. Deer (and any hooved animal) won’t walk on unstable ground.

Rather than going upward with an 8-foot fence, go wider with an 8-foot rock garden perimeter. The 8-foot guideline is because that’s the average a deer can leap.

If it’s less than 8-feet, chances are, if there’s a food source there, a determined deer will leap right over it.

Voles tunnel below ground. As such, they destroy the roots of your tomato plants.

You’ll notice your tomato plant wilting and discoloration and all the other signs of stress that come from damaged roots.

The worst sign of damage from voles is when the top of your plant collapses.

What you won’t see is bits of the plant being eaten because voles destroy the roots.

If you start to notice wilt with no visible reason why look beneath the ground and you can find your tomato plant has near to no roots left.

If there are active tunnels in your garden, voles and similar underground mammals such as gophers will return.

To get rid of voles, there are a few solutions…

If your state permits the sale of castor bean seeds, those kill voles.

You can place the seeds in the tunnels for them to digest, or grow a castor bean plant for them to eat. (It’s a poisonous plant).

Not all states permit it.

As an example, the State of Hayward, California, has banned the planting of castor beans.

The botanical name is Ricinus Communis – The “ricin” part in the name, that’s the poison that kills. Voles, moles, and humans.

Raccoons can pick whole tomatoes off the vine and leave them undamaged. When they steal your tomatoes, you’d be forgiven for thinking your neighbor knicked a few.

The difference with raccoons is that they’ll eat anything in your garden.

They prefer greens; aren’t entirely fond of tomatoes, but if they’re hungry enough, they’ll pick one, take a bite, chuck it to the ground and keep on going.

If you find half-eaten tomatoes scattered across the ground, there’s a good chance there’s a ‘coon nearby.

They feed at night, and the only real way to evict them is to live trap them and relocate it far away. At least 5-miles, preferable 10 miles away.

Urban and city raccoons don’t do well in the wild, like being released in the local woods. Truly feral raccoons will outcompete them for survival food.

To survive, they’ll travel far to return to their original hunting ground where there are plants a plenty to feed on.

Failing the live trap and relocate option, the only other method is to build a 4-foot fence around the crops that are being eaten to keep raccoons out.

The benefit of fencing is that it’ll keep both raccoons and possums from eating your tomatoes.

Since birds land on your plants from above, the damage they do when they eat your tomatoes is distinctive.

There’ll be gouging holes the size of a birds’ beak punctured deep into the fruit.

Damage from birds is always top-heavy. You’ll have more holes in the fruits at the top of your plant than the lower hanging fruit.

The best way to protect your tomatoes from the local bird population is to drape a thin mesh cloth over them to stop the birds from reaching them.

Groundhogs, which are often referred to as whistle pigs or woodchucks are closely related to the squirrel family.  These are marmots that are bigger than squirrels.

If you have these in your garden, you’ll have more than a few holes nibbled on your crops.

The large size and heavier weight of these mean they trample ground covering plants as they make their way to your fruit and veg patch.

It’s the fruit these things scavenge for. They’ll wreck your garden to reach it.

Worse yet, there’s no point trying to catch them. These are rodents that are fast to scurry underground.

Your best, or really your only option, is to bait, trap, and relocate these rodents.

Woodchucks are active during the day so baiting traps are best set in the morning then removed at night to prevent trapping non-target animals.

Like, your neighbor’s cat that’s out for its nightly scavenger hunt.

Chipmunks and squirrels are both from the same family. The Sciuridae family.

Closely related to the chipmunk is the garden gopher, usually referred to as a ground squirrel.

A ground squirrel is a garden gopher. Squirrels are technically “tree” squirrels because of where they nest.

Chipmunks are like gophers that tunnel burrows to nest in the ground, whereas tree squirrels forage for food, then take to their nest in trees to survive the winter.

They’re from the same family, they just live differently. They eat the same things though. Your tomatoes being one of them.

Squirrels are daytime feeders. They won’t usually eat an entire tomato. Instead, they nibble little bits out of multiple tomatoes and on more than one plant.

When a squirrel’s been eating your tomatoes, your garden gets treated like an all-you-can-eat buffet. It’ll sample a little a lit bit of everything.

To stop squirrels from eating your tomatoes you can use scent deterrents like vials of predator urine, or install a cover over your tomatoes to cage your plants in.

Cages are mostly needed to keep tree squirrels from leaping onto your crops from nearby trees.

If you have similar top-down damage caused by birds pecking at your fruits, the same caging technique will prevent that damage, too.

Rabbits tend to take nibbles from the leaves on tomato plants rather than bites out the fruit.

Despite their nibbling being delicate, the damage they cause can be ferocious.

You’ll see the bottom leaves whimper away to almost nothing and there won’t be a jagged edge to any of the leaves because of the sharpness of the rabbits’ teeth.

Rabbits can nibble so fast that it’s possible for them to trim down your entire vine.

Use rabbit deterrent techniques if you don’t want this kind of damage to happen.

Some of the preferred options are applying a light sprinkling of blood meal around the perimeter of your tomato plant.

The scent of blood puts them on edge. Being nervous, they’ll be hesitant to approach it.

Alternatives are to put rabbit-proof fencing around your crops or put in some alternative crops for the rabbits to eat that have easier access.

They’ll nibble on any grass, hay, or leafy green plants. The bigger the leaves, the better because rabbits’ teeth continuously grow.

They need to gnaw on plants to wear their teeth down to keep the size in check.

What eats tomatoes during the night?

Deer, raccoons, and opossums are nocturnal animals that sleep by day and scavenge by night. If you’re noticing damage occurring only at night, it’s likely to be one of those that’s eating your tomatoes. Squirrels, birds, rabbits, and rodents are more active during the day.

What’s the best deterrent to stop anything eating tomato plants?

Predatory urine sprays can deter wildlife. To prevent top-down damage caused by tree squirrels and birds, use row covers, or bird netting to cover your tomato plants. For rabbits, voles, and gophers, fencing needs to be 6 to 10 inches beneath the soil to prevent them from burrowing tunnels under it. 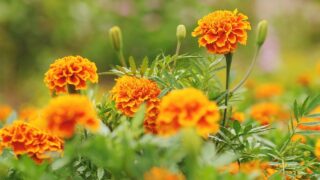 Previous
What is Eating My Marigolds? — Let's Find Out Right Now! 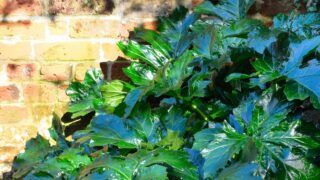 Next
What Is Eating My Rhubarb Leaves? — Culprits Revealed!