Growing pepper plants is tricky enough without having to contend with the hungry caterpillars and numerous other insects that devour them.

It’s one thing to find the occasional hole in a leaf here and there, but when something is chowing down your entire plant, well, obviously, you can’t take a back seat then.

Take control, find the culprit, eliminate it, or take steps to bring your insect population under control.

Some insects you will want to keep, just with a better balance. 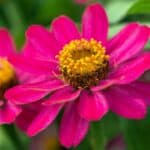 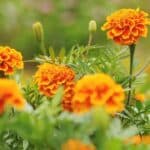 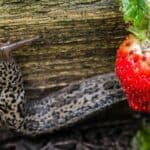 
What is eating my pepper plants?

Hornworms can defoliate a pepper plant overnight. Slugs and earwigs can do largescale damage too. As can soft-bodied insects. Pepper weevils deposit eggs in the fruits, which hatch then eat their way out. Flea beetles cause shothole damage to leaves, and pillbugs eat young pepper plant seedlings.

Did you know pepper plants are slug magnets?

Gardeners actually use these as bait stations to keep slugs away from other plants they want to grow.

Any plant that’s high in nutrients (which the pepper plant is) will attract slugs.

Spraying the leaves with insecticidal soap isn’t enough to stop slugs munching through the leaves of a pepper plant.

It’s a contact insecticide only, meaning you have to spray them directly with it.

It has a similar effect as pouring salt directly onto the slug. Kills on impact.

If it’s on the leaves, it’ll deter the slugs. It won’t stop them from returning.

And you’ll have a hard time consistently treating your plant to prevent a slug onslaught.

Wherever you’re growing pepper plants, you need a barrier to stop them from reaching them.

Diatomaceous earth (De) is like shards of glass that’ll rip the skin of slugs causing dehydration and death.

It’s debated whether it’s painful or not because apparently slugs don’t have brains so can’t feel pain.

But, if you’ve ever salted a slug, it looks like it’s in agony. It’s the same dehydration process that diatomaceous earth causes.

The more humane thing to do is bait them with moist cardboard, or damp logs, and relocate them to the compost bin where they can be put to work for you.

Better in there than on your pepper plants.

Early signs of a pepper weevil presence are yellowing of the calyx of pepper plants. That’s the part of the plant at the base of the stalk that attaches to the pepper.

The calyx is a system of modified leaves that should protect the fruit. It should be green. If it’s yellow, there’s a good chance of a weevil presence.

Pepper weevils are tiny, only about an eighth of an inch in size. These don’t do the most damage though.

The eggs they inject into the calyx of a pepper plant are what destroys it. From the inside out.

Pepper weevils bore holes near the calyx, injecting eggs into the fruit. A few days is all it needs for the eggs to hatch.

When that happens, they instantly start devouring the pepper, working towards the seeds.

On smaller ornamental pepper plants like the Jalapeño, the fast degradation can cause the fruit to fall to the ground.

Larger peppers, like bell peppers and poblanos, can hang on for longer. They’ll still have the yellow calyx though.

The only way to control pepper weevils is through sheer vigilance so you can use an insecticide on the adults.

Once they bore into the fruit to deposit eggs, the peppers are ruined.

Hornworms are attracted to all fruiting plants and will cause extensive damage. They can munch holes in every leaf on your plant in a single night.

When they’re done with the leaves, they’ll do the same with your fruits.

These are green in color making them hard to detect. A tell-tale sign is the fast defoliation of your pepper plants.

Often, spraying the leaves with a jet stream of water is enough to dislodge them.

These look like green worms so if you see them, remove them asap.

The eggs they leave are in the soil so treating the soil with an insecticide can kill the eggs before new larvae emerge.

Flea beetles love munching on the pepper plants’ leaves. They’re small in size, as are the holes they leave.

However, small holes naturally expand as the leaf enlarges.

If you’re seeing big holes on the leaves of your pepper plants, inspect the edges to see if the damage is sealed or ragged.

Holes with a ragged edge are newly chewed indicating an insect is taking chunks out of the leaf.

Holes with a smooth “sealed” edge are more likely to be an old wound that’s enlarged naturally as the leaf size grew to allow the ragged edges to heal over.

Flea beetles can cause big holes with a smooth edge on mature leaves. The early signs of flea beetle damage are shot holes on your leaves.

Earwigs are beneficial insects in the garden unless their population spirals out of control.

Despite having pincers and wings, making them look like a dangerous insect that can give you a nasty bite, they will only pinch.

And even then, it’s only for self-defense.

Earwigs use their pincers mostly to hunt their prey. That’s smaller insects like aphids, spider mites, mealybugs, thrips, and similar garden pests that you’d struggle to control without beneficial bugs being around.

In that respect, earwigs are garden helpers.

But, they’re also omnivores. They prefer to eat insects.

But in large enough numbers, there won’t be a sufficient insect population for them all to eat. That’s when they’ll turn on your plants.

The damage earwigs do when they start chowing down your plants is similar to the damage caterpillars cause.

Small holes, irregularly spaced, mostly around the leaf margins where their pincers help them to hold on to the leaf as they eat it.

When a garden earwig population gets out of control to the extent that they start devouring your plants, you need to trap them.

The climates earwigs prefer are dark and moist environments. The exact same habitats that attract slugs and snails.

The same control techniques for slugs and snails work for earwigs too.

Beer traps, dampened cardboard on top of your mulch, or damp wood logs. Either drown them in beer traps or bait them with moistened wood or cardboard.

Lay some moist cardboard on top of your mulch or on the soil overnight, then in the morning, whatever earwigs are latched onto the cardboard, drop them into a bucket of soapy water to drown them.

Pillbugs are another beneficial insect in the garden unless you’re growing very young seedlings.

The preferred food choice for the pill bug is garden debris like fallen leaves, grass clippings, and dead plants. The stuff reserved for the compost pile.

They’ll also eat the eggs laid by stink bugs, so in that respect, they’re a handy helper on the leaves of mature pepper plants.

On young seedlings though, they can eat through those, including the stems preventing the seeds from sprouting.

Pillbugs are under an inch in size, are a grayish-brown color, and have 7 pairs of legs.

Like slugs, snails, and earwigs, they’re nocturnal creatures that hide in dark, moist crevices like under rocks and damp logs.

They aren’t a problem on mature plants, but if you spot them on young seedlings, move them to your compost bin where they’ll happily feed on decaying organic matter instead.

Soft-bodied insects are attracted to any plant as the sap inside the leaf is what their diet needs.

Each of these teeny insects has teeth that pierce holes in the leaves of pepper plants (and many others) to feed on the sap in the leaf.

All of them have the same habit of hiding on the underside of leaves and congregating in big numbers.

Draining the sap from the leaves will cause pepper plants to wilt.

Their poop is called honeydew, a reference to the sticky substance they coat the leaves with, which later attracts ants.

Ants won’t eat them, but they will farm them.

The soft-bodied insects survive by sucking the sap from the leaves, and the ants need them to keep doing that so they’ll poop more, then ants survive on insect poop. What a life!

Nocturnal feeders that are prone to eating pepper plants include slugs, earwigs, and pepper weevils. However, weevils are most likely to deposit eggs, rather than chowing numerous holes in the plant. The hornworm is the smallest pest that does the most intense damage to pepper plants overnight.

What are safe organic methods to stop pests from eating pepper plants?

For crawling insects, applying food-grade diatomaceous earth can prevent crawling insects from reaching your plant. Bacillus thuringiensis (Bt) is a natural bacteria that won’t harm humans but will paralyze caterpillars when they eat it, helping to control hornworms on pepper plants. 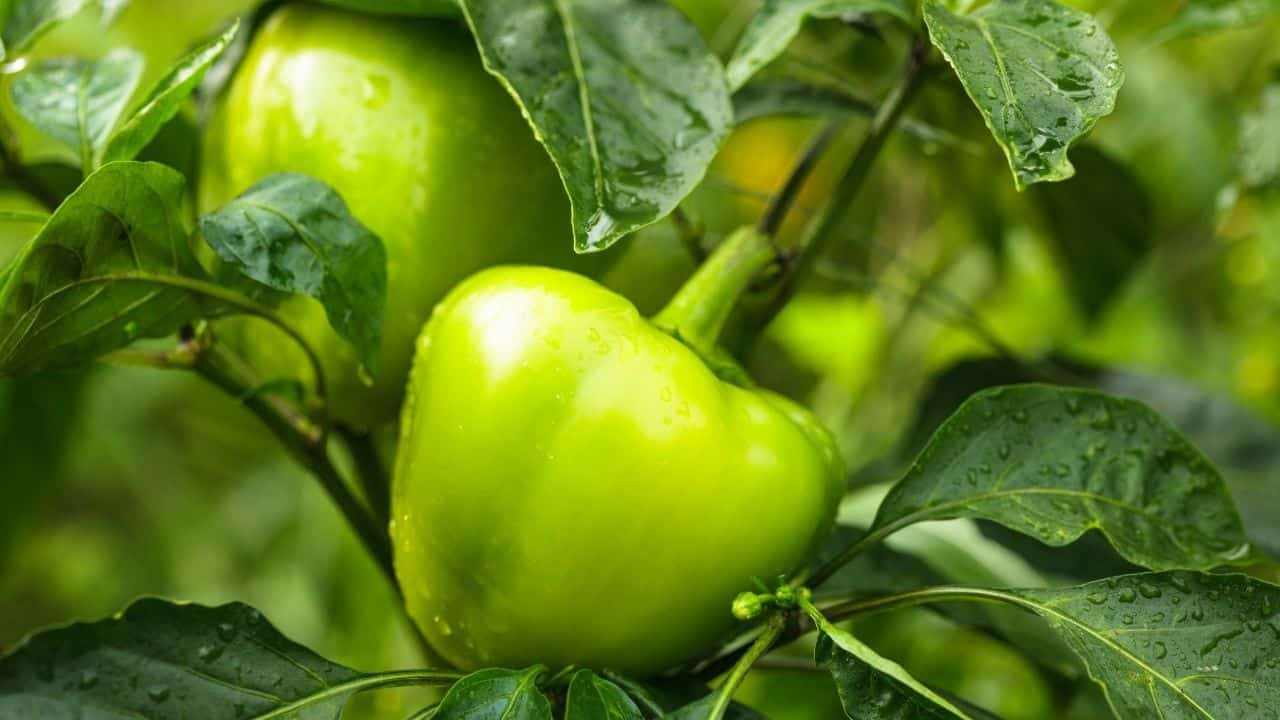