You’d think that the pepper part of pepper plants would not be attractive to pests.

On the other hand, there are many different peppers with different tastes, some more peppery than others.

Then, of course, there is not only the fruit but also the stems and leaves to consider. So, they may be called pepper plants, but they are still popular with a number of pests.

What is Eating My Pepper Plants at Night?

The most common culprits eating your pepper plants at night are worms and maggots, which are the larval stages of the life cycle of moths, flies, and weevils. Slugs and snails are also attracted to their leaves and shoots. Rabbits include pepper in their diet. Deer may also eat them, but not regularly. 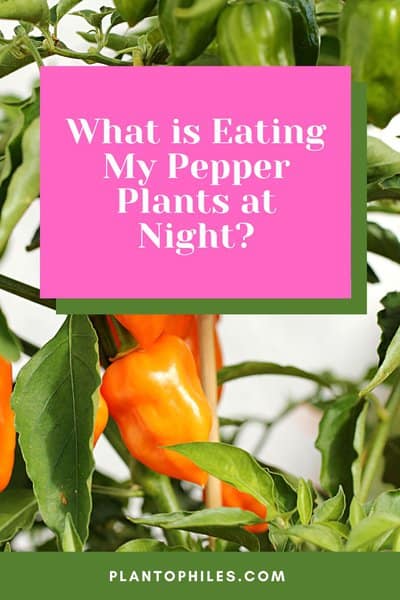 What is Eating My Pepper Plants at Night?

With the word ‘pepper’ in the name, you should be able to tell that this is an insect that is very likely to attack your pepper plants.

Both the larvae and adults feed off the plant and mainly cause damage to young flowers and immature fruits, which interrupts the life cycle of the plant. 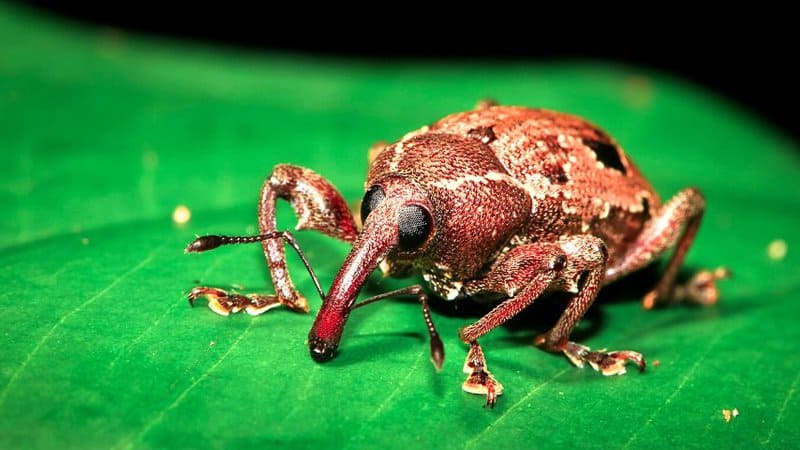 If the larvae get into the young fruit, the center turns brown and is often moldy. If there are no fruit or flowers present, the adults may feed off other parts of the plant, but won’t cause significant damage.

Further damage can be caused to the plant when bacteria and fungi enter the fruit through the holes made by the larvae.

The European corn borer is a pest that is often found in the fruit on your pepper plant. It passes through four phases: egg, larva, pupa, and adult.

The European Corn Borer moths lay their eggs on the leaves’ underside. When the larvae emerge, they are small caterpillars with black heads.

They move along the stems and feed off the leaves quickly. They then enter the fruit at the calyx, the point where the stem goes into the pepper. 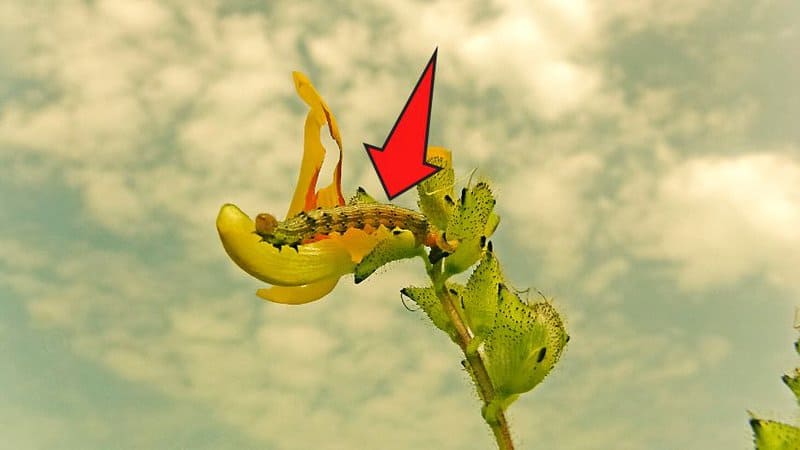 When the larvae are in the fruit, they are protected from insecticides. They eat the fruit from the inside and usually stay until the pepper starts rotting from the inside.

This is because water enters the pepper through the larva’s entry hole. The only sign of an infestation of European corn borers is often brown excrement, which looks like sawdust, around the calyx.

The larvae may also bore into the stems of a plant, which may break.

The beet armyworm is a prevalent pest and is fairly resistant to most insecticides. 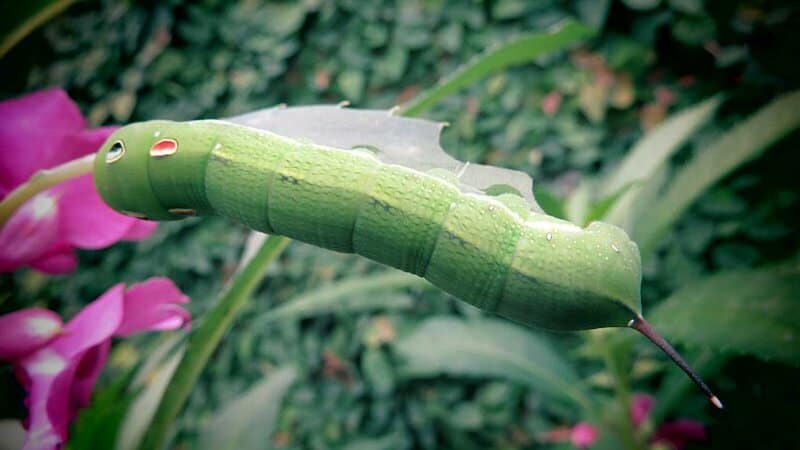 The worms, which are the larval stage of the armyworm moths’ life cycle, occur in a range of colors, from yellow-green to brown. There is an inverted Y on the head of the full-grown armyworms.

Beet armyworms are capable of producing quite a significant damage to the plants, by eating the young leaves and the flowers.

The cutworm is the name given to the larval stage of a few different moths, such as the turnip moth and the large yellow underwing.

The worms are in a color range, including brown, yellow, and green. Cutworms chomp on the leaves of the pepper plants but can cause the most damage to the stems.

Cutworms eat the plants at the stem and can make their way right through, which means the plant will fall over and die. 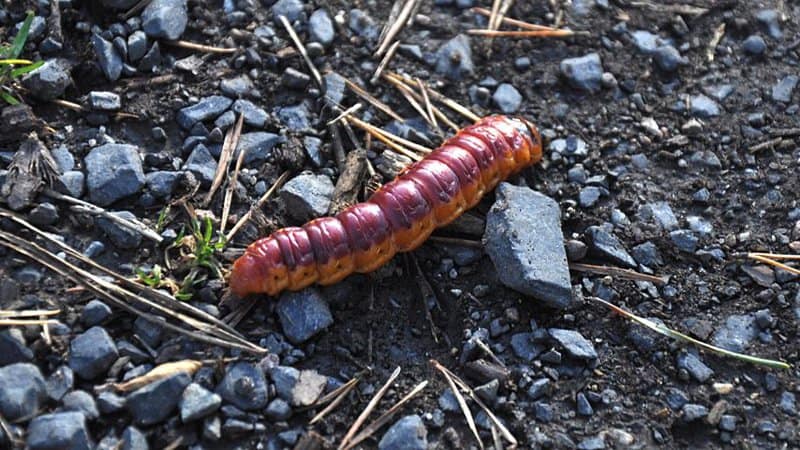 Cutworms love to eat the stems of the pepper plants at night, cutting right through them until they fall off

One cutworm can attack a whole row of plants and cut down quite a number during one night.

One of the types of pests attacking your pepper plant at night may be slugs or snails. You can pretty much identify snails and slugs through the silvery tracks across the leaves of the plants.

They mainly eat the lower leaves, as they can access them easily. Both slugs and snails can also move up the plant to eat some of the higher leaves as well. 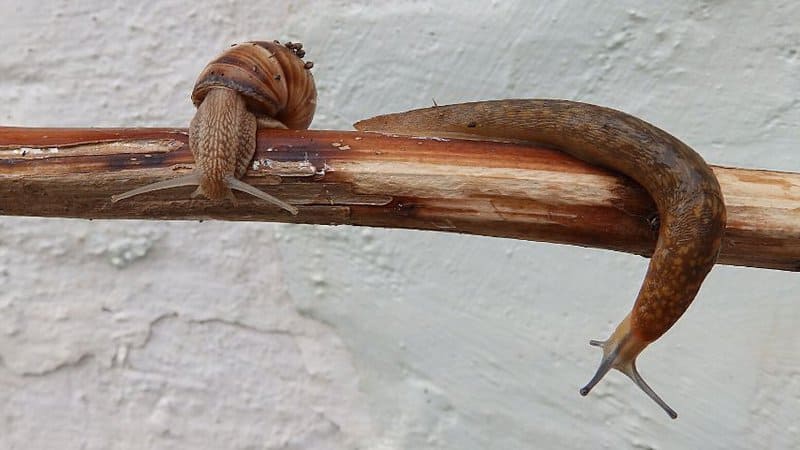 They leave large, irregular holes in the pepper plant’s leaves.

Slugs are usually found in decaying organic matter around the stems of plants.

If you can keep the beds free from as much organic matter as possible, this will discourage the slugs and snails from living there and accessing the pepper plants. 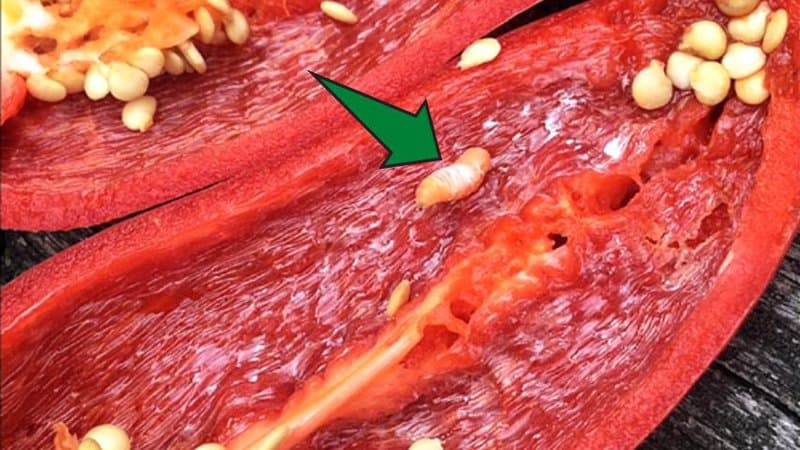 You will be able to see stings on the surface of the fruit. The larvae are about ½ inches (1.25 cm) long.

Pepper maggots bore into the pepper fruit, eating along the way. When they are ready to turn into pupae, they move out, leaving a small hole.

Not only do the maggots damage the fruit from inside, but bacteria can enter through the exit holes. These also destroy the fruit.

You may not be able to see the damage from pepper maggot flies easily. Often, the only sign is if the fruits decay, or even mature prematurely.

Rabbits are fairly indiscriminate feeders and will eat just about any of the plants in your garden.

They do not generally go for mature pepper plants, but are quite keen feeders and will choose to eat the new shoots and young leaves.

Occasionally, they will eat the young fruit but generally concentrate on the leaves and even stems. 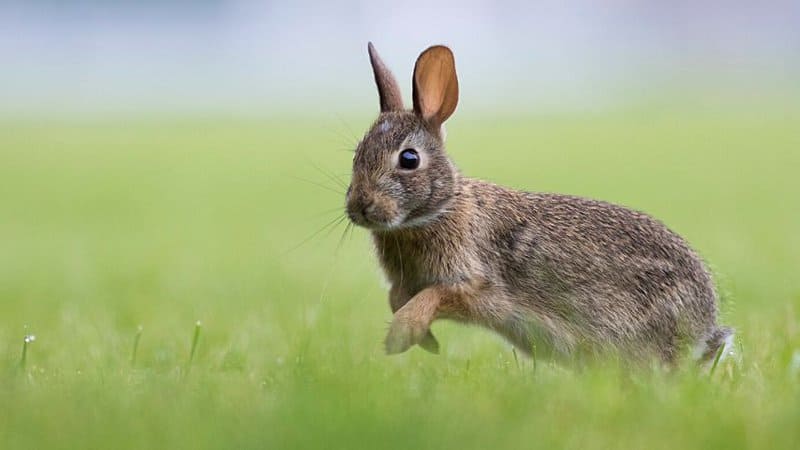 Rabbits generally eat the young shoots and stems on the pepper plant at night, rarely on the fruits itself

The best and friendliest way to keep rabbits from eating your pepper plants is to make sure the vegetable patch is properly fenced.

If deer get into your garden, they can eat the leaves and even stems of your plants.

Although they generally won’t specifically seek out peppers, they may eat some of the leaves of your pepper plants, particularly during droughts. 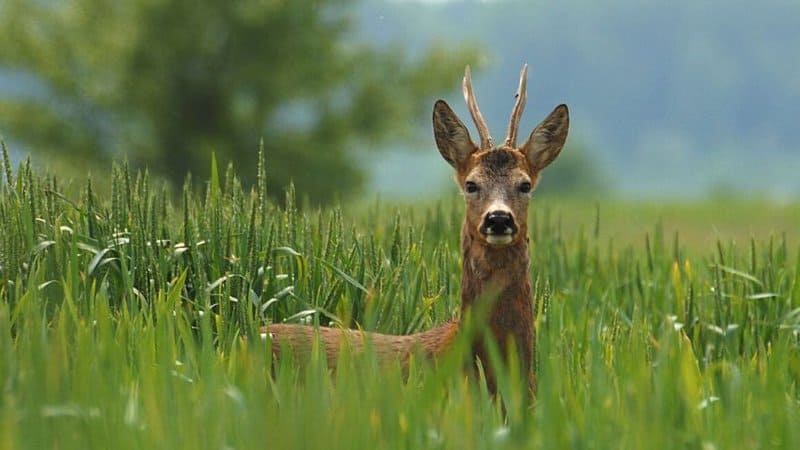 Deer, like the rabbit, don’t eat the pepper plant’s fruit at night but go for its leaves during drought periods

Deer don’t go for the fruit but can definitely damage the rest of the pepper plants.

Ironically, a good way to prevent deer from eating your pepper plants is to spray them with a mild mix of pepper sauce.

Frequently Asked Questions About What Eats My Pepper Plants at Night

Is it only insects that eat my pepper plants at night?

The most common animals that eat your pepper plants at night are insects, usually the larvae of flies and moths. However, slugs and snails also eat the leaves of pepper plants. Rabbits and even deer can eat them at night if they get into your garden.

Can I always tell easily if something is eating my pepper plant at night?

If a snail, rabbit, or deer eats your pepper plant, you will see the damaged leaves and stems. A cutworm will cause the whole plant to fall. However, some maggots and worms get into the peppers themselves and you won’t see the damage easily, possibly only when the fruit begins to rot.


Conclusion On What is Eating My Pepper Plants at Night

There are different pests that will eat your pepper plants at night. The most common are insects, including maggots and worms, which feed off the fruit.