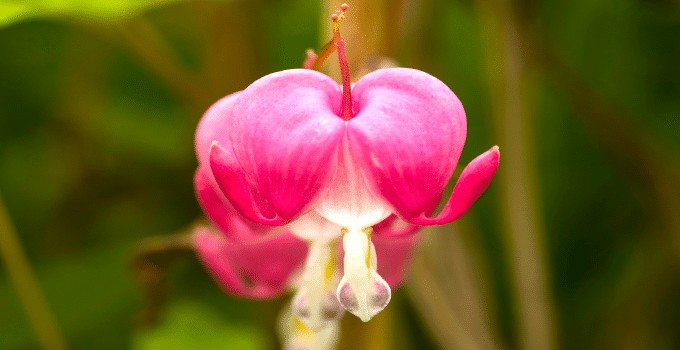 As far as aesthetics, the Bleeding Heart plant, or Dicentra spectabilis, is a fan favorite. Iconically named for the anatomically shaped flowers. They can range from a deep pink to white. This perennial originates from northern China, Korea, Japan, and Siberia. They are closely related to members of Papaveraceae, or Poppies.

These whimsical floras are pretty hardy despite their delicate morphology. They’re so tough that they have developed toxic properties through the chemical soquinoline alkaloids. With the use of gloves, keeping this plant happy while indoors can be relatively simple.

In this article, we will focus on the needs to keep these Papaveraceae member’s hearts pumping. 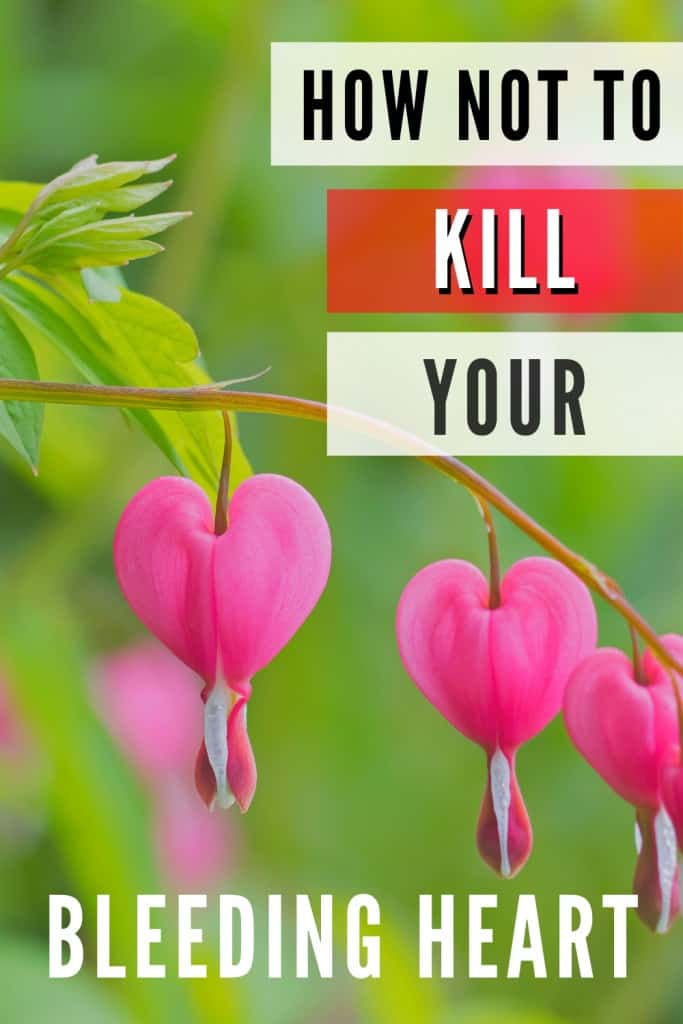 As a whole, the Bleeding Heart plant is known for needing little maintenance during its lifetime. During the growing season, they even need less care than most flowering plants. We’ve laid out the various needs that should be met to meet the minimum requirements of a Dicentra spectabilis.

The Bleeding Heart plant is particular about the type of soil that it is placed in. It should be rich in organic material, namely humus. Both sand and clay can be added for a more beneficial setup.

This soil should be fairly neutral to increase potential fertility. It also needs to be able to drain properly since sitting in water for too long can damage the root system.

For a wild member of Papaveraceae, they tend to enjoy a sunny morning followed by plenty of shade in the afternoon. The Bleeding Heart plant somewhat follows this rule.

Raising a Dicentra spectabilis indoors is not all that tricky. In fact, these plants will thrive when placed in partial shade. Heat exposure tends to be a larger issue than not getting enough light.

If you’re interested in other plants that require little sunshine in order to keep happy, then look at our article on Best Low Light Houseplants.

These individuals like to the soil to be well saturated, without being overrun with water. When a Bleeding Heart is first planted, it will need a thorough job to allow the roots enough moisture to grow.

After this, a watering scheduling consists of adding liquid every few days. During certain times of the year, you should adjust how much water you give your Bleeding Heart.

They tend to have a higher risk of drying out from early spring to winter where temperatures are higher.

The Bleeding Heart plant is rather hardy overall. But, without the proper range of temperature, you can start seeing negative effects. It’s easier to raise these plants indoors so that sudden heat waves won’t impact them as heavily.

As long as you keep your house sitting anywhere from 12 to 23 degrees Celsius, then they’ll stay happy.

Even with ample watering, the leaves still can start to turn yellow when placed in an area that has high temperatures.

Having too much moisture in the air is not all that big of a deal for a Dicentra spectabilis. Without the proper humidity, these plants are known to go into a state of dormancy, especially during the winter months.

If you’re worried about your Bleeding Heart not getting enough moisture, you can implement the use of a humidifier.

Lightly misting the leaves can also have the same impact.

The natural life cycle of a Bleeding Heart is to bloom during the spring and dying around midsummer.

This differs from most perennials that usually go into a dormant state after the flowers have developed.

The use of a fertilizer can aid in a heavier bloom before it dies off. Using a single application is all you need, as these Papaveraceae members aren’t food hungry.

There are three ways in which a Bleeding Heart plant can be successfully propagated.

These are through seed germination, root cuttings, and division. The last two are known to have a quicker growth rate, though some prefer to grow a seed.

Out of these techniques, we suggest root cuttings as it only takes a few days to see initial growth. The whole process is anywhere from one to three weeks in total. We will have more detailed instructions later.

As you might expect, the Bleeding Heart plant is delicate, in both the morphology of the flowers and in size.

It generally reaches a height of about 6 inches, though some records state that they can grow to be 2 feet tall.

They are about 1 to 3 feet in overall width. You can expect your indoor Papaveraceae to reach its full size at around three years of age. Their total life span spans from five to eight years.

The general rule that one can follow in terms of repotting their Dicentra spectabilis is about once or twice a year.

This is mostly due to the roots that can become cramped, despite being a woodland plant. Without repotting, growth will be stunted. Transferring them to another plant takes special attention.

The roots are sensitive to being over-handled. Most Bleeding Heart owners will use the division propagation method so that they don’t have to chance it.

Overall, these plants don’t really need all that much water.

They only receive about an inch or two of water weekly in the wild. Indoor specimens usually don’t have to compete with as much heat, making it an easy feat to figure out the proper watering schedule.

This section is devoted to the method of watering that should be implanted with a Bleeding Heart plant, and how often such moisture should be added.

HOW MUCH AND WHEN

Depending on the season, you’ll need to alter your watering routine.

During the first season of growth, a Bleeding Heart plant will require regular watering. New plants need to be watered every day for the first week.

The remainder of their lifespan, they will be just fine with an inch of water per week during the growing season.

WHEN NOT TO WATER

Being somewhat picky about how much water the soil retains, these plants should be carefully watched. Knowing when to stop adding moisture is a key element in keeping a Bleeding Heart happy.

They prefer to have the soil be evenly saturated without the roots sitting in water.

Ways to avoid this problem are to water only when it’s needed, and to include soil that drains properly. By sticking your finger into the first inch of soil, you can ascertain if it’s too dry.

Soil with organic material such as peat moss can help to drain water before it causes root rot.

As we mentioned earlier on in this article, these Papaveraceae members can be copied by using three separate techniques. These are through seeds, root cuttings, and division.

Propagation can be done for several reasons. Perhaps you want to clone your prized Bleeding Heart plant, or you’d rather divide it and avoid destroying the roots when repotting. Either way, this can be a daunting process.

Detailed instructions for root cutting propagation can be found below.

Using sharp scissors, make three to five inch cuts along the stem of a healthy Bleeding Heart plant. Remove all of the leaves along the stem that are on the bottom half.

Put the newly cut section face down into a pot with fresh potting mix. This is when you can also choose to dip the open end in rooting hormone before pushing it into the soil.

Place a clear plastic bag over the potted plant to increase the humidity and add holes for proper ventilation.

You should put your new individual in a spot that gets indirect sunlight so that the leaves don’t burn.

Keep an eye on the soil. Add a few inches of water every few days, especially if your house gets lots of sun.

Once your plant has rooted, you can transfer it to a bigger pot.

The Bleeding Heart plant is privy to a number of pests, even if they live indoors. Understanding what types of bugs may attack their foliage can help you prepare for the future.

Among the most typical pests to pick on your Papaveraceae individual are aphids, slugs, snails, and something called scale. As the name suggests, scale involves the leaves and stems becoming scale-like.

Using soapy water can solve all of these pest problems. This can either be bought in the store, or made at home. It involves hand plucking the pests and placing them into the bucket of solution.

You can also directly spray this onto the leaves themselves. You will need to follow it up with clean water so that the plant does not face damage.

Another predisposed issue that the Bleeding Heart may face is root rot. This is the result of a plant sitting in water for too long. We have an extensive article on Root Rot Treatment for those who are interested!

Normally quite hardy despite their appearance, the Bleeding Heart can experience several problems. Identifying the early signs will aid you in combatting the issue before it becomes irrevocable.

Here are the two most commonly identified hints that your Papaveraceae is struggling.

Cause: The leaves of a Bleeding Heart plant are generally a vivid green. If you notice them shift to a yellow hue, then likely your plant is getting too much water. This can sometimes be paired with faded tints.

Remedy: To combat this problem, you’ll want to adjust your watering schedule.

Remember that the soil should be moist, not overrun with moisture. Try allowing your plant to dry out and then start off by watering every few days. Check the soil dryness with your finger to pinpoint a better watering routine.

Cause: There may be times where you will see a couple of signs that hint at one problem. Leaves that turn brown and curl at the tips are generally indicating a light issue. It can also mean that your Bleeding Heart plant has aphids.

Remedy: First tackle the light issue, placing your plant in a spot with bright, indirect sunlight. If that doesn’t work, move on to the aphid infestation. Insecticidal soap applied to the affected leaves will rid them of these pests.

FIVE TRICKS TO A BEATING PAPAVERACEAE

Keeping your Dicentra spectabilis alive and happy shouldn’t be all that difficult if you take the basic needs into consideration. There are a few requirements that this plant tends to be picky about. Forget what those were? Don’t worry! We’ve laid them out below as a cheat sheet.

Do Bleeding Hearts come back every year?

This Papaveraceae member is unlike most perennials, as they tend to stop blooming in the middle of summer. Usually, this dormant period happens around the later end of fall and winter. Bleeding Hearts do come back every year, starting their first bloom in the late winter.

Should you deadhead Bleeding Hearts?

Fortunately, the Bleeding Heart plant will bloom again, even without the task of removing the dead flowers. Pruning can be beneficial to the overall growth, but it generally is implemented to gain aesthetic appeal over any practical use.

How many varieties of Bleeding Heart plants are there?

If you were to take the specific species, Lamprocapnos spectabilis (formerly known as Dicentra spectabilis), you would only find two existing species under this category. The main difference between the two is their flowers. One sports a combination of white and pink flowers, while the other produces blooms that are completely white. 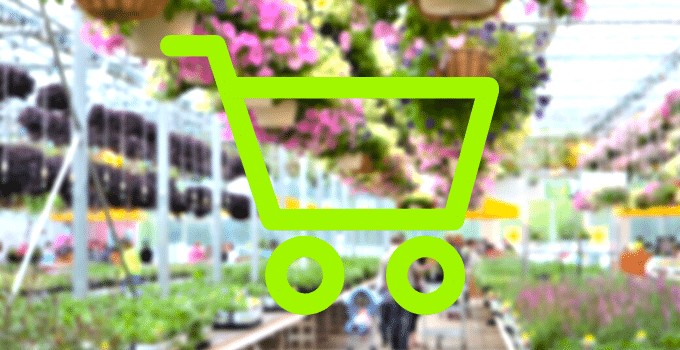 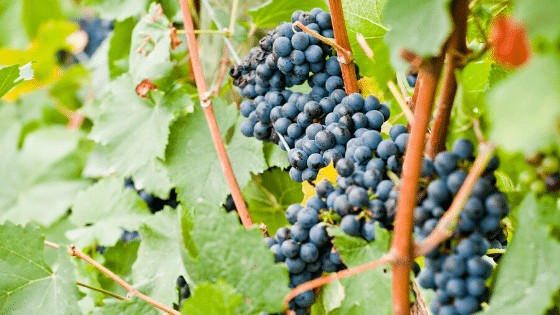 Next
How to Grow Grapes - Best 101 Guide