It literally seems to appear overnight.

So what causes it, and are there ways of how to get rid of white fungus on orchid plants?

How To Get Rid Of White Fungus On Orchid Roots

Sprinkle cinnamon powder on the areas affected by the white fungus, re-pot the orchids, and improve airflow. To effectively get rid of white fungus on orchids be sure to act swiftly to avoid root rot and plant death.

How To Get Rid Of Fungal Infection On Orchids

There are a couple of ways how I treat fungal infection or the occurrence of botrytis.

Try these tested methods to see what works for your orchid.

Since white mold tends to thrive on wet potting material, I control it by repotting my orchid into a drier pot with fresh potting soil.

I don’t water my orchid until I see the roots go white or slightly gray; this is an indication my orchid actually needs water.

If I notice white fungus is only starting to show on my orchid, I take steps to limit its spread and this causes the fungus to naturally die off.

These steps start with cutting back on the watering cycle of my orchid plant.

The type of potting material being used can cause or limit white fungus growing on orchids.

If the flakes are small with lots of decaying material in, the potting material will become soggy and cut off airflow to the orchid.

Soggy potting material’s an ideal environment for mold growth. Rather choose a potting soil with larger flakes that promotes airflow to the orchid.

Choosing a potting soil with Redwood bark can also help limit white fungus from growing as it is a natural fungal repellent.

Redwood bark also changes the potting soil pH by lowering it, which makes the environment less suitable for white mold.

4. Move Your Orchid Outside

If my orchid has become infested with white mold, it’s time for a change of scenery. I move my orchid outside.

Preferably, move it somewhere sunny and with a good draft or breeze. These are ideal conditions for an orchid but not for the white fungus, which will soon die off.

Being outside will also help dry out the overwatered potting soil.

5. Time To Trim Your Orchid

This is a worst-case scenario action, and trimming may be the last resort to saving my orchid.

By trimming my orchid, I can cut away the most severely infected roots and stems that have too much white fungus on them. This minimizes the fungal load my orchid has to battle with.

Throw away these cuttings by sealing them in a plastic bag.

Don’t just add these cuttings to the home fertilizer patch as the white fungus will only spread to other plants in the garden. Rather burn these or throw them away with the garbage.

If I can’t take my orchid outside, such as during the dead of winter, then I find alternative ways to increase the circulation of air around my orchid.

If the room where my orchid is kept at home is too humid because I have a heater going, then changing things up will help.

I start by placing a gently blowing fan near my orchid. If the space is very damp, then I introduce a dehumidifier to help lower the air dampness.

This yummy spice is also a great antibacterial and antifungal dust.

I use it by simply dusting any areas where I see white fungus with cinnamon powder.

Within a few days, the change is remarkable. Use cinnamon powder when you are trimming back infected areas of your orchid too.

There are a couple of ways in which your orchid can contract a fungal infection. I find it happens when I’m pruning the plant when cuts get infected.

The fungal spores travel down the stem of the plant to settle on the roots.

The fungal spores can also be present in potting soil, which can graze or cut the plant roots, causing the fungus to set up shop on my orchid’s roots and stems.

I’ve discovered that fungus tends to consume organic matter, so if left untreated, my orchid will slowly rot from the bottom up.

Another side effect of a fungus is that it is water repellent, so my orchid won’t be able to absorb water from the soil when white fungus covers the root system.

What If It’s Not White Fungus

While you may think any white and fluffy growth on the roots, stems, and leaves of your orchid must be white fungus, it is often not the case.

Mealybugs are a small insect that has a furry outer covering. When they sit on the leaves, roots, and stems of orchids, they may resemble white fungus.

To remove them, I gently wipe the exposed areas with Isopropyl alcohol, being sure not to bruise my orchid.

Gently apply the alcohol, then allow it to air dry.

Another cause of a white deposit on my orchid’s roots and lower stems might be the mineral deposit from watering with regular tap water.

Orchid owners all know that watering your orchid with regular tap water is a big no-no.

Switch to filter or spring water to cut back on the presence of additives and chemicals that are present in tap water.

How do you get rid of white fungus on orchids?

Using sharpened clippers make incisions and remove the infected leaves. Be sure to dispose of these far away from your orchid to prevent reinfection. Spray with a fungicide suited to orchids like Thiophanate Methyl to kill off any remaining spores.

Is there a safe homemade fungicidal I can use to get rid of white fungus on my orchids?

There definitely is a safe homemade fungicidal that you can use. I mix four teaspoons of baking soda with two teaspoons fungicidal soap on a gallon of water. Rinse the orchid thoroughly to remove any fungal spores.

Orchids are sensitive to fungal infection, so be sure to check the potting soil, ensure good ventilation (especially in winter), and avoid overwatering. 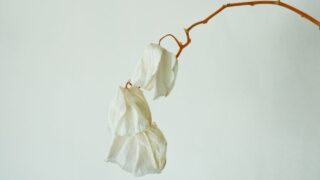 Previous
How To Revive An Orchid In 4 Easy Steps 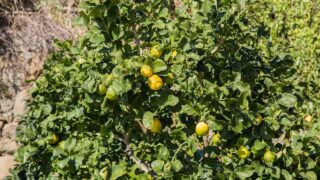 Next
What To Plant In January — 15 Best Plants