Why My Orchid Flowers Are Dying? The Answer! 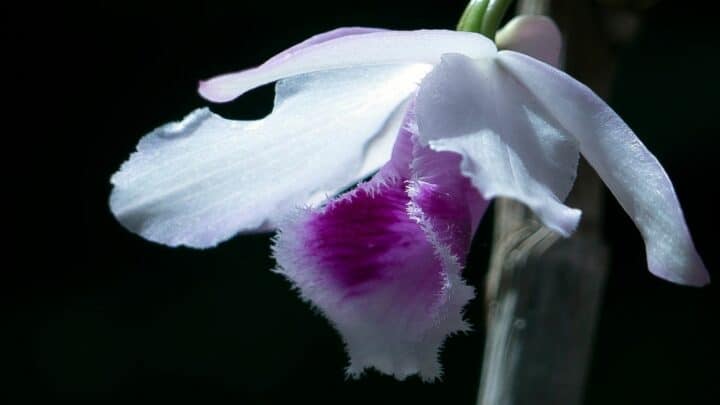 I find a lot of reasons can cause why my orchid flowers die. Several reasons can be the cause of death.

Why My Orchid Flowers Are Dying?

As with anything else, the flowers on an orchid have a certain lifespan. This lifespan begins when they first flower and ends when the flowers wilt away and fall off the plant.

If the orchid flowers die soon after I buy them, I always keep in mind that they may have just been near the end of their life cycle when I got them.

In this case, I suggest not worrying about it at all, since it is totally normal for orchid flowers to die a natural death.

It is also possible to make orchid flowers die by underwatering them.

You can see if the orchid flowers are underwatered by looking for deep veins that also include streaking lines.

The flowers will also no longer have a bright luster. These signs tell you to water the orchid flowers more frequently.

It is important to note that the flowers need a greater amount of water from the plant. This tip’s true especially when the flowers are budding.

Orchid Flowers Can Die Due to Temperature Change

One common thing that can cause a temperature change in orchid flowers is if they are placed near heat vents.

Heat vents can make orchid flowers wilt because dry heat comes out from them in uneven waves.

Cold drafts can also lead to temperature changes which can kill orchid flowers.

Putting the orchid near the window, then opening the window can cause a major and rapid temperature change in the plant.

This can kill the flowers. In the event that the orchid flowers seemed just fine and only wilted after you moved the plant, the temperature change is most likely what killed the flowers.

Too Little Humidity Can Cause Orchid Flowers to Die

Another part of moving orchid flowers is that they can cause a change in humidity. This change in the humidity can make the flowers on the orchid die.

Orchids are plants that thrive in an environment with high humidity. You should ensure that your orchid’s in an area with at least 40% humidity.

Of course, keep in mind that watering is different from humidity.

Watering involves how much water the orchid’s roots absorb and humidity is the air’s concentration of water droplets.

Pests and Insects Are One Reason for Dying Orchid Flowers

In order to check for pests and insects on your orchid, it is best to take a look at the potting medium’s bottom, the crown’s bottom, and the leaves’ bottom.

Some signs that pests and insects are affecting the orchid are areas that are black and gooey and white dots.

Essentially, you are examining the plant for anything unusual.

I find it best to conduct thorough research in order to discover what kinds of pests or insects are affecting my plant.

You can resolve this issue with the proper remedies once you know exactly what is going on.

How to Prevent Humidity and Temperature Changes from Killing Orchid Flowers

I recommend that you get a small humidifier in order to maintain the ideal humidity for the orchid.

As far as the temperature goes, it is best to keep the orchid away from heat vents or windows, or sills.

This is because heat vents can produce heat unevenly and the orchid could experience a sudden temperature change if you put it near a sill or window.

Also, there’s an ideal temperature for each kind of orchid.

Dealing with Pests and Insects on The Orchid

It is most difficult to deal with pests and insects causing the orchid flowers to die.

As previously mentioned, I must examine the plant so I am certain what kind of pests or insects are harming my orchid.

Once I know this for sure, I can get the right remedies.

Fungicides, as well as bactericides, are two remedies that often prove effective in resolving this issue for the orchid.

Frequently Asked Questions About Why Orchid Flowers Are Dying

What kills orchid flowers most frequently?

What cause of dying orchid flowers is the simplest to address?

This can also be a bit subjective and different people would list different causes. For me, though, I would say the simplest cause to address is underwatering. The signs of underwatering are typically relatively obvious and it is easy to check how much to water the orchid based on the season and the type of orchid it is.

What if I don’t know why my orchid flowers are dying?

As is now clear, there are quite a few possible reasons why orchid flowers might die.

Orchids are beautiful plants, but it is important to keep in mind that it requires a lot of work to keep their flowers alive.

It is also entirely possible that the orchid’s flowers are simply dying naturally, so doing some research about the dying flowers is a good idea to avoid doing anything unnecessary for the plant. 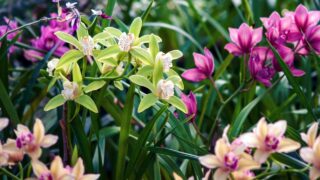 Previous
How Do I Know What Kind of Orchid I Have? 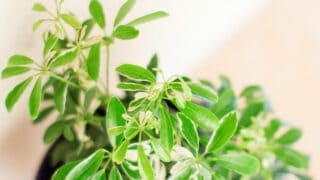