How Do I Know What Kind of Orchid I Have? 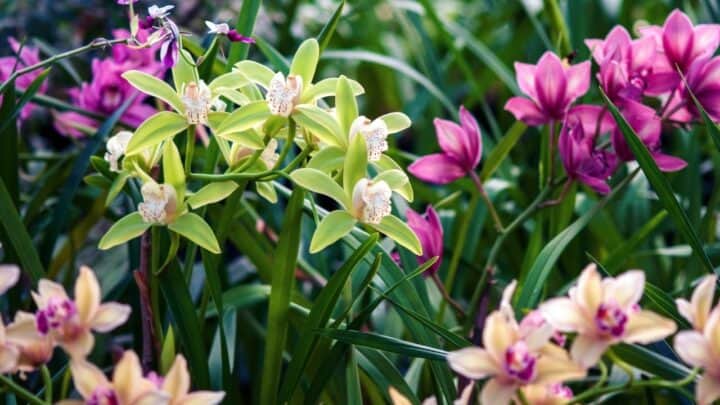 Often, orchids are packaged and sold with a very simplified label identifying the plant merely as being an orchid.

However, there are close to 30,000 different varieties of orchids and when it comes down to repotting your orchid plant, it is helpful to know exactly what type of orchid you are growing, so that you can select the best type of potting soil for your plant.

With so many orchid varieties, this may sound like a daunting task, but there are a few helpful tips available that can guide you in successfully identifying your orchid plant.

How to Tell What Type of Orchid Plant You Have

The best way to identify what type of orchid you have is by conducting a thorough examination of its leaves, roots, and flowers, as these differ depending upon the orchid species. The size, shape, and color of the flowers can assist in proper identification, but it can be difficult to determine an orchid species based these alone.

This type of orchid is also known as the Moth orchid and it is one of the most common orchids as it’s easy to produce, and it has the capacity for annual blooming.

The flowers grow on a spike emerging out of the stem and are usually purple in color and bear a slight resemblance to a moth, hence the nickname.

However, they are also available in other colored varieties, including white.

Phalaenopsis have elongated leaves that are relatively broad and thick in size, and there are commonly six to eight leaves on adult plants.

A Phalaenopsis orchid has a centralized stem with leaves growing across from one another, and they produce a large number of aerial roots.

These orchids can be grown indoors and remain in full bloom for a good portion of the year.

Another common type of orchid, dendrobiums, are tall plants that boast long pseudobulbs and smaller leaves.

While it is possible to identify dendrobiums, this can prove to be challenging in itself, as there are approximately twelve hundred varieties of dendrobium orchids.

These orchids thrive best when planted in smaller pots despite their large size, which means you may want to choose a clay pot or use gravel to weigh down the pot to prevent it from toppling over.

Dendrobium leaves continue to offer a source of vital nutrients to the plant even after they have fallen, so it’s wise to add the leaves into the potting soil mixture to retain their benefit.

You should try to avoid repotting Dendrobiums whenever possible as they often do not fare well after having been repotted.

If you love the appeal of Dendrobiums but are not keen on their large size, they are also available in miniature varieties.

Oncidium orchids are available in more than seven hundred different varieties, but they are commonly identified by their plentiful flowering flowers that can span close to six feet tall with blooms that are often yellow and brown in color.

Their pseudobulbs have a wrinkled appearance and are circular in shape. These round bulbs often resemble the lower portion of a dress, which earned Oncidium the nickname of the dancing lady flower.

These unique bulbs are the primary means of identifying this orchid species. The design of Oncidium orchid bulbs increases the efficiency of pollination.

Oncidium orchids usually have between one to four leaves per pseudobulb with one leaf eventually developing into a flowering spike.

The pseudobulbs of this orchid have the ability to grow multiple flower spikes.

Although this type of orchid once had a strong level of popularity and continues to frequently be used in the creation of corsages, its short blooming period has led to a diminished demand for Cattleya orchids.

Cattleyas are known for their distinctive scent and their ability to produce various flowering stems.

Cattleya orchids rarely have more than two leaves per pseudobulb and they only grow one flower for each stem.

However, Cattaleyas have multiple pseudobulbs and the tendency to grow outwards, which can result in the growing container being quickly filled with beautiful orchids.

Frequently Asked Questions About Knowing What Kind Of Orchid I Have

What are the Main Types of Orchids?

There are five main orchid varieties, with Phalaenopsis, Oncidium, and Dendrobium orchids being the most common. The other two primary orchid species are the Vanda and Cattleya orchids.

What Are The Rarest Orchids?

The Western Underground Orchid is considered to be the rarest orchid in the world. Ghost orchids and the Western Prairie Fringed orchids are also amongst the rarer species of orchids.

What Are the Three Types of Orchids Based on Growing Habits?

It is probably fair to say that labeling orchids as simply being an orchid are insufficient, to say the least.

Although these are the most common types of orchids, there are thousands of alternative orchid species, which makes identification a challenging endeavor.

However, orchids are usually identified by their differences in leaves, stems, and flowering, so if you are armed with knowledge and provided with an array of pictures, it is indeed possible to determine what type of orchid you have. 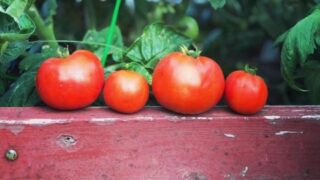 Next
Why My Orchid Flowers Are Dying? The Answer!