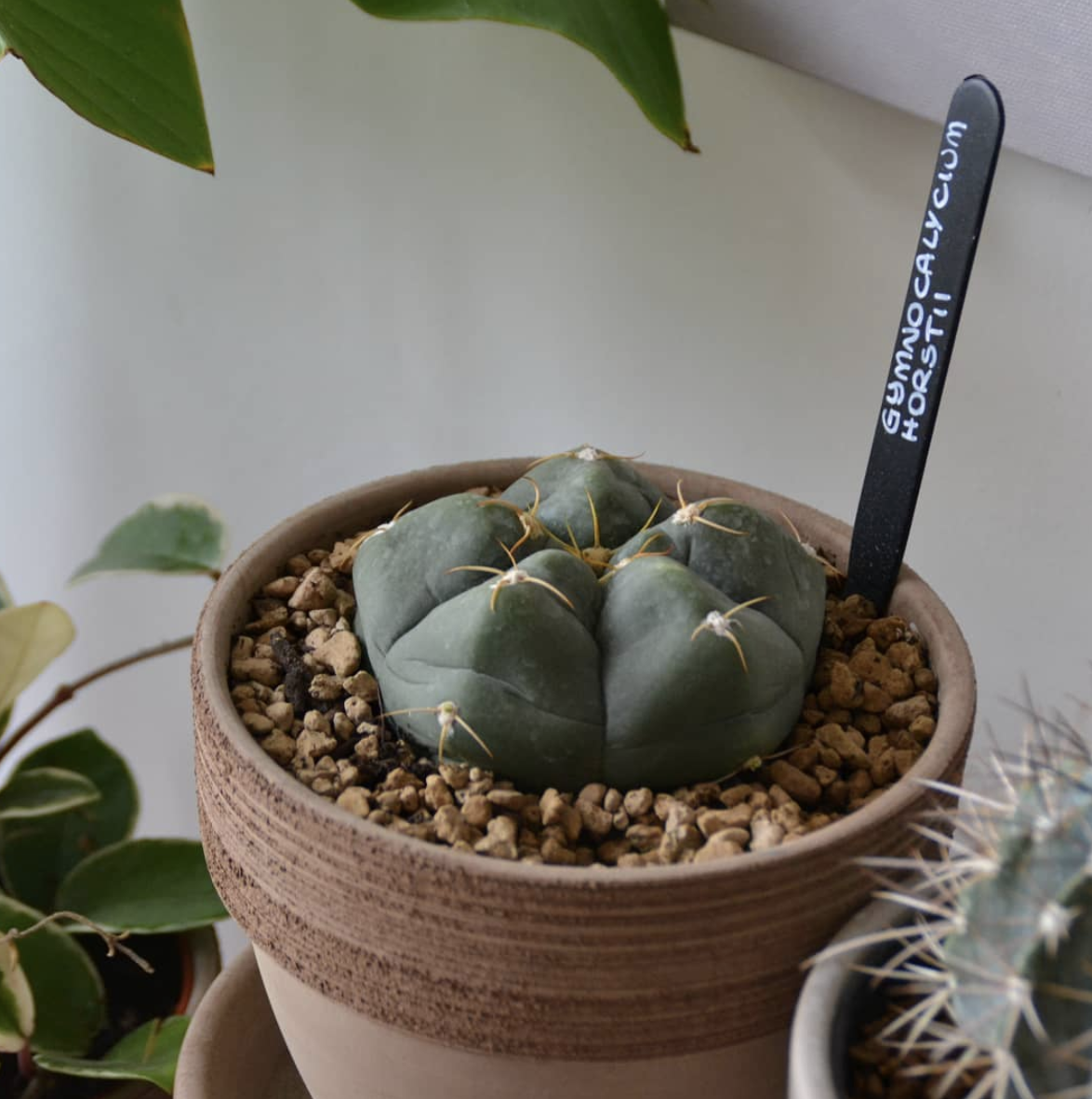 Resembling a loaf of bread from your local supermarket, Gymnocalycium horstii is a plant from the cactus family that is as cute as it squats. This species span from parts of South America, from Uruguay and the eastern part of Paraguay to parts of Brazil and Argentina.

To care for Gymnocalycium horstii place it under partial shade in summer and use your most sunlit room in winter. Water about once a week in summer and spring and water very sparsely in autumn and winter. This cactus will do well in a general cactus mix consisting of components such as coarse sand, perlite, pumice, or vermiculite. Gymnocalycium horstii is slightly frost resistant and grows best in semi-arid conditions.

They typically grow on agricultural terrain that is made for things, such as cattle-grazing. Therefore, to this day, a Gymnocalycium horstii is becoming more and more of a rarer gem to encounter.

A Gymnocalycium horstii grows in solitude and are quite plump and bulky in appearance. Hence, they would make cute, but also easy plants to grow and care for at home.

They have very few spines and with skin that is smooth to the touch. Have you ever heard of the saying, “odd one out?” Well, once you lay eyes on this cactus, you will understand how unique it is.

Read through this plant guide below to understand how to truly care for the well-being of a Gymnocalycium horstii, from its propagation to maintaining a long and healthy life for them.

Everything mentioned here can be used as a reference and practical knowledge to be a hospitable houseplant owner to this cactus and its friendly counterparts.

Just like most cacti species out there, a Gymnocalycium horstii requires soil that can be drained well when watered.

Investing in an already made cactus mix would suffice for this plant. This cacti species is on the drier end of the spectrum when it comes to finding the right soil mix.

The goal here is that you are aiming to avoid letting your Gymnocalycium horstii sit in moist soil for over two days.

To do this, combine some of the store-bought soil mixes with either coarse sand, perlite, pumice, or vermiculite. Anyone of these ingredients will allow for better soil drainage and proper aeration.

When a Gymnocalycium horstii is grown in nature, they generally seek shade. They grow alongside shrubs and bushes when found.

With its natural habitat in mind, you would want to provide similar lighting conditions for them at home.

When finding the right amount of light for this cacti species, you want to place it under some partial shade in the hot summer months.

Try your best to avoid sunlight during the peak hours of the day as it would also be harmful to the flowers that grow on top of them.

In the cooler months of winter, place this cactus in the most sunlit room you have at home if you live in cooler environments.

When watering a Gymnocalycium horstii at home, you would want to water this plant weekly, especially when it is small.

This would be the case during the warmer months of the year where the plant is growing. In the winter and colder months, let the cactus sit alone.

It does go into a period of dormancy. Therefore, refrain from any watering, which would help encourage the plant’s rest period.

As a general side note, it is always better to underwater a plant than it is to overwater it.

Overwatering runs the risk of the water being unable to be drained entirely, leaving your cactus sitting in soaked soil for prolonged periods of time. Let the soil completely dry up before each watering.

In its native environment, Gymnocalycium horstii grows in temperate lowlands and grasslands.

This means it grows in semi-arid and not too hot nor too cold conditions.

Gymnocalycium horstii are slightly frost resistant if they are kept dry, however, it is still ideal to move them indoors in the wintertime if you live in harsh and snowy places.

While indoors, room temperature would suffice so as to allow the plant to live comfortably alongside its owner.

Likewise to mirroring similar native temperature levels for a Gymnocalycium horstii at home, the same would apply to them in regards to humidity levels.

This cacti species typically won’t do well in moist conditions. It makes sense as you need the soil in which it sits in to be able to dry itself in between each watering. Thus, ensure the environment at home is on the less humid end of the spectrum.

If you live in conditions where humidity levels are uncontrollable, then consider investing in a dehumidifier to help soak in moisture in the air.

If you want a quantifiable reference point in terms of humidity at home, try to stick to moisture levels of about 30%. This would be the safest choice. These plants are tough to endure periods of parched conditions. In fact, it is better to encourage a dormant period for them in the winter.

Having a fertilizer on hand in the growth of a Gymnocalycium horstii would certainly be beneficial to the plant’s livelihood.

From the months of March to September when this cactus grows, fertilize once a month. When fertilizing, dilute the fertilizer to about a quarter to half strength.

Specifically for Gymnocalycium horstii though, it is better to have a higher potassium content. As a result, you can shift the amount of each nutrient around to get an ideal healthy dose for this plant.

For your general knowledge, fertilizers contain nutrients like nitrogen, phosphorus, and potassium. When purchasing fertilizers, you may notice a three-digit number ‘#-#-#.’

This shows how many pounds of nitrogen, phosphorus, and potassium there are in the mix, respectively.

To propagate Gymnocalycium horstii, you can do so using two methods. One method is to use seeds to initiate new growth.

Another method is to use stem cuttings to carry out the growth of a new cactus. Both methods will be discussed further in detail in the propagation section below.

Better known and seen as a cute plant, a Gymnocalycium horstii grows in a globular-like manner and has somewhat of a squat appearance with curved edges.

The pinkish and white flowers that grow on top of them can be as long as four inches, which is 10 centimeters.

Even in the best conditions, a Gymnocalycium horstii is a slow-growing plant. Though within each growing season, you should be able to see noticeable growth.

Finding the right pot for a Gymnocalycium horstii is essential in helping to provide a sustainable livelihood for them.

The pot must be able to allow for proper soil drainage as well as allow for air to seep in and out consistently.

What kind of pot will be able to meet these practical necessities? Look no further than a clay pot, or a terracotta one.

In terms of size, go for a pot that is slightly wider than the plant at its current state. However, do go for a plant wider than its current size so as to allow for room for your Gymnocalycium horstii to grow roomily.

A Gymnocalycium horstii is an easier cactus plant to propagate when in comparison to some other types of cacti.

There are two ways to propagate this cactus – cutting a piece off the main part of a grown Gymnocalycium horstii or using seeds.

However, it is rare that this cactus species would produce offsets, therefore, using seeds would be a more common method.

If you have an offset of the main parent plant and decide to use the stem cutting method, then cut a piece of this offset and let it dry completely.

This may take several days. Once dried completely, you will notice a callous being formed. You can thus plant this calloused piece into some fresh soil in a clean pot with the addition of some fertilizer.

Water this as you would according to this care guide and allow for the cactus to grow robustly.

If you decide to propagate using seeds, ensure that the seeds are in good condition before sowing them.

That means the seeds should be kept in a cool, dry place. The best time to sow the seeds would be in the spring season, though depending on where you live, you may plant them as long as the season is warm in whichever hemisphere you reside in.

Sow the seeds in partial shade, not under full-blown sunlight, and a quarter-inch into the soil.

You would then have to follow the proper potting method to sow the seeds in, which includes providing the right cactus soil mix for this species and watering them consistently.

Instead of letting the soil completely dry before the next watering, keep the soil slightly moist. Within two to six weeks, you should see some germination.

Watch this video for a better depiction of how to propagate a Gymnocalycium horstii.

One common problem with a Gymnocalycium horstii plant is knowing how much to water them. Compared to other cacti species, this plant requires a bit more watering than usual.

Watering can be on a weekly basis, especially during its growing season. Just be careful that when watered, the soil is properly drained and can get dry.

Another common problem with this cacti species is something that can be out of our human control, that is, the amount of light this plant gets.

You want to avoid full sunlight at all costs. Do not place your Gymnocalycium horstii out in the sun, especially during the peak time of the day. Make sure it does get partial shade throughout.

To keep your Gymnocalycium horstii problem-free, first rule of thumb is to get a good understanding of this cactus’s needs in this care guide.

You may want to have a precise measure of the amount of water you feed them regularly and keep it consistent.

Additionally, finding the right place and position at home before caring for this cactus would be ideal as you can find just the healthy dose of light they can soak in.

What do I do if I over-watered my Gymnocalycium horstii?

If you have over-watered your Gymnocalycium horstii, leave it alone for a few days, or up to a week.

You want to see if the water will entirely drain out of the pot and that the soil can be completely dried out.

If it is still moist after a week’s time, then consider repotting your cactus, which is outlined in the third frequently asked question below.

Do I need to prune Gymnocalycium horstii?

You can prune a Gymnocalycium horstii, though there are no special requirements involved with pruning.

You can prune the flowers when they start to wilt. If you find this step necessary in the care of your cactus, it may be best to prune while the plant is growing during the months of March to September.

How do you repot Gymnocalycium horstii?

To repot your Gymnocalycium horstii, you would essentially follow the same steps as when you first pot the plant – have a sterile pot on hand, add some fresh soil with a bit of fertilizer and water accordingly. Repotting can take place every two years.

Why are Gymnocalycium horstii called a spider cactus?

Gymnocalycium horstii are called spider cactus for their spines which grow curve-like in nature. The curviness of them resembles that of spider legs.

You can’t get any more sweet and endearing as with welcoming a Gymnocalycium horstii to your humble abode. They are relatively easy to look after, as long as you can provide as much tender, love, and care as they very much deserve! 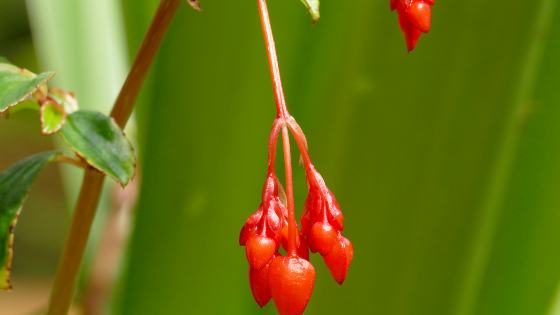 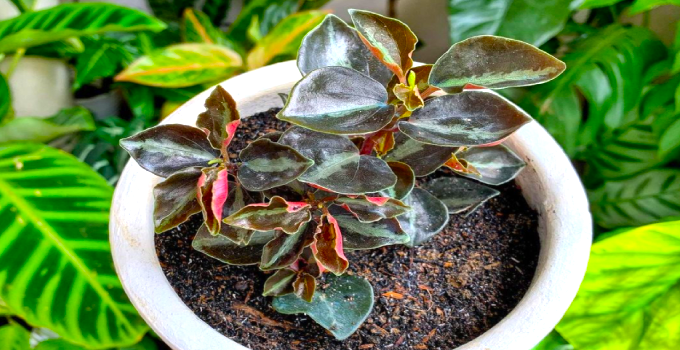 Next
Peperomia Metallica Plant Care: (Don't) Do This
Comments are closed.