With so many plants in full bloom, or close to it, July is often considered the month in which gardens look their best.

July is also one of the busiest times of the year for weeding, pruning, watering, and performing other gardening chores.

In some places, it’s too late to plant anything until autumn or spring once July rolls around.

But, that is more of an exception than a rule, as most regions are still more than hospitable enough for planting in July.

What to Plant in July?

July is a great time to plant leafy vegetables, herbs, and a variety of flowers. Most of these veggies will continue growing and providing harvests well into the autumn and even winter. July is also an ideal time to thin out and replant small root vegetables like carrots, radishes, and beets.

Best Vegetables to Plant in July 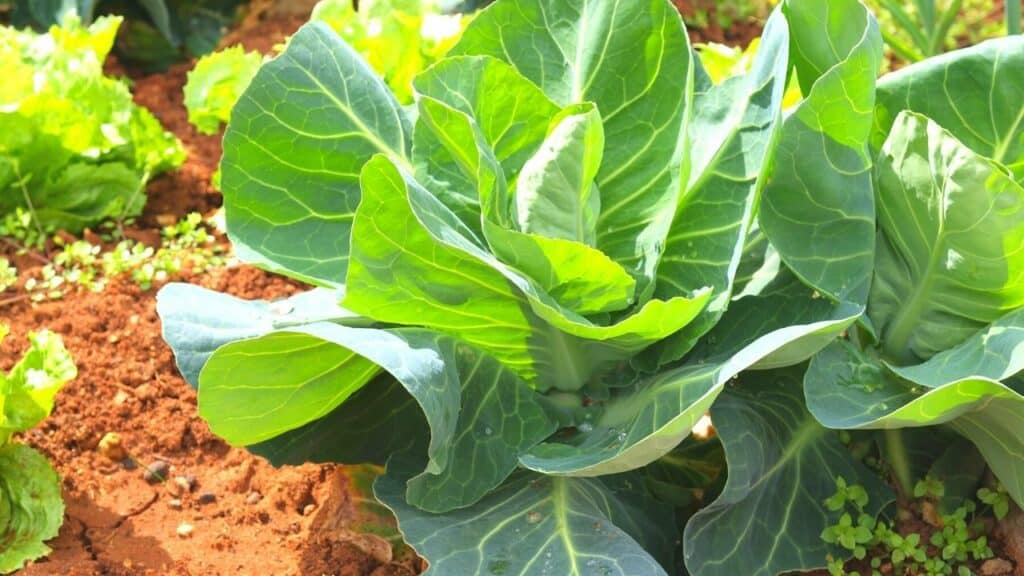 Lettuce, greens, mustard, and other types of leafy vegetables that are commonly referred to as autumn salads are a great addition to summer gardens.

Even in July, autumn salads are able to take root and grow for the remainder of summer. Most of them will last through the fall and winter’s early part. 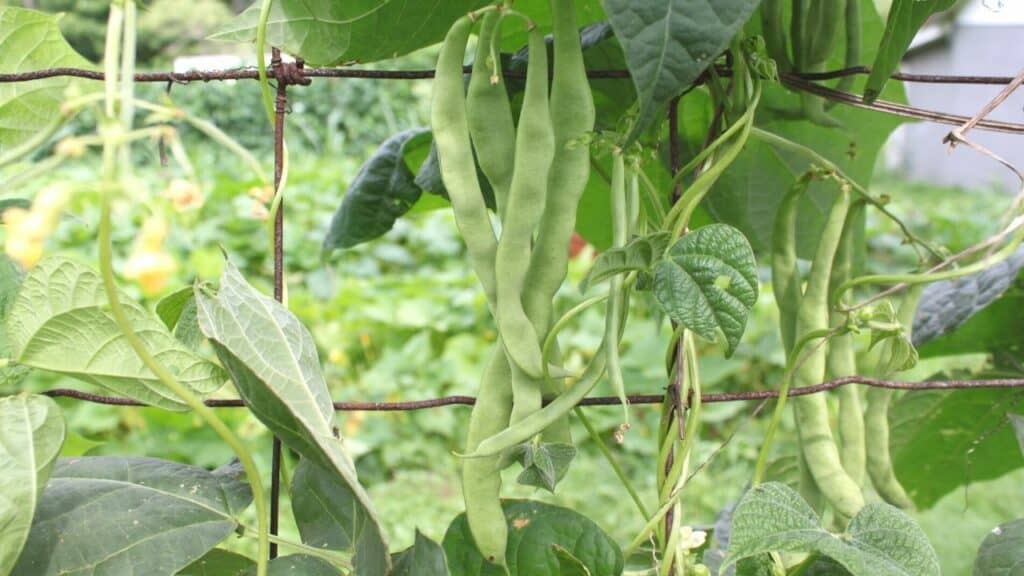 July is an excellent time to plant your last batch of beans for the year. Pole beans and bush beans alike do well in the warm summer air and soil.

If you want a steady supply, stagger your July bean planting by a week at a time. That way you have extended bean crops all the way until autumn. 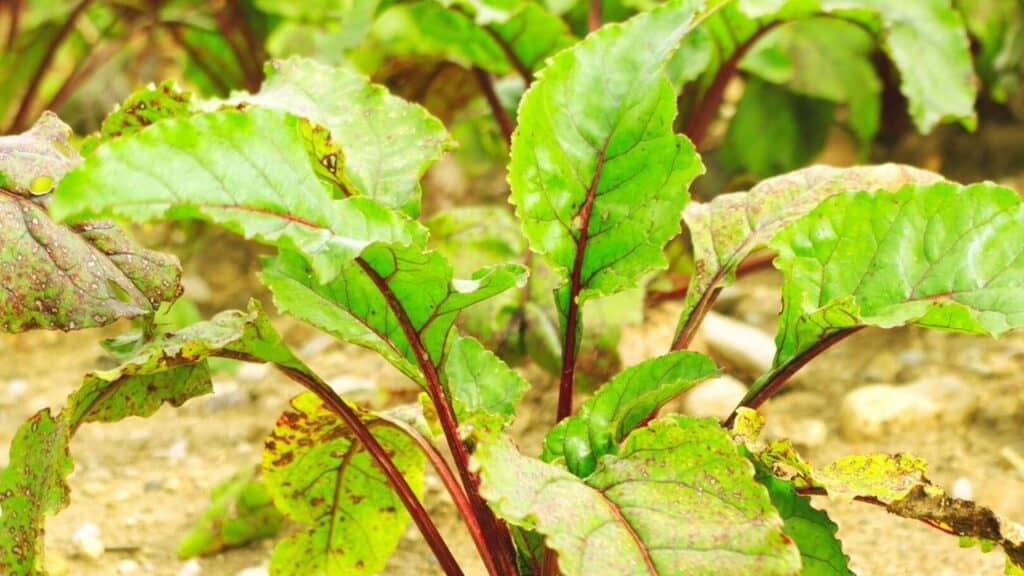 Many gardeners prefer planting beets during the spring or fall, but these root veggies do well in July as well. Simply look for a place that’s shady and has well-draining soil.

Beets will even grow in, and prefer, soil that is practically sand due to how warm it gets. 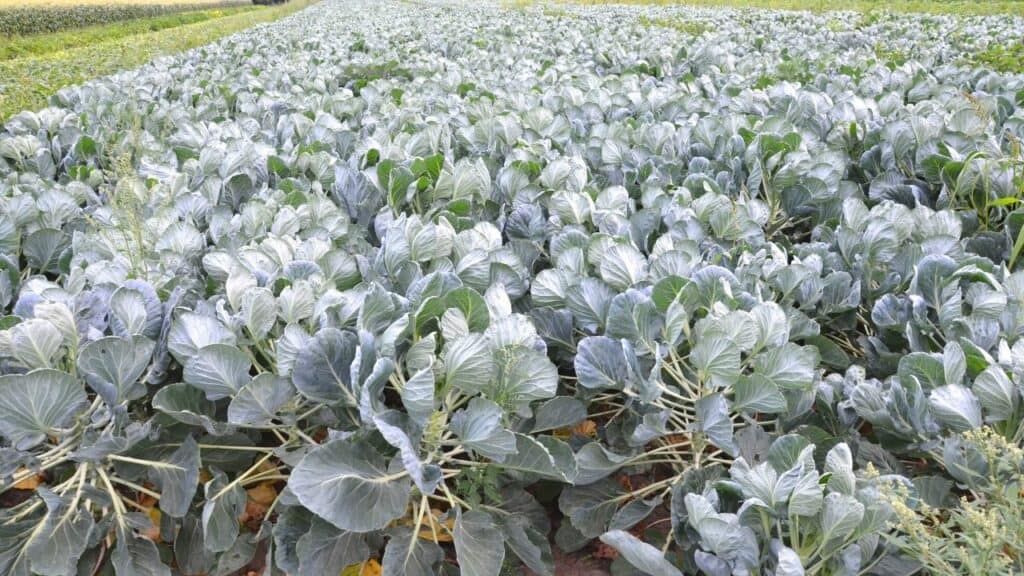 Perhaps not one of the first crops that spring to mind for gardeners planting in July, brussels sprouts actually do rather well in mid-summer.

Whether planting them from scratch or transplanting pre-started sprouts, July is as good of a time as any to plant this tasty crop. 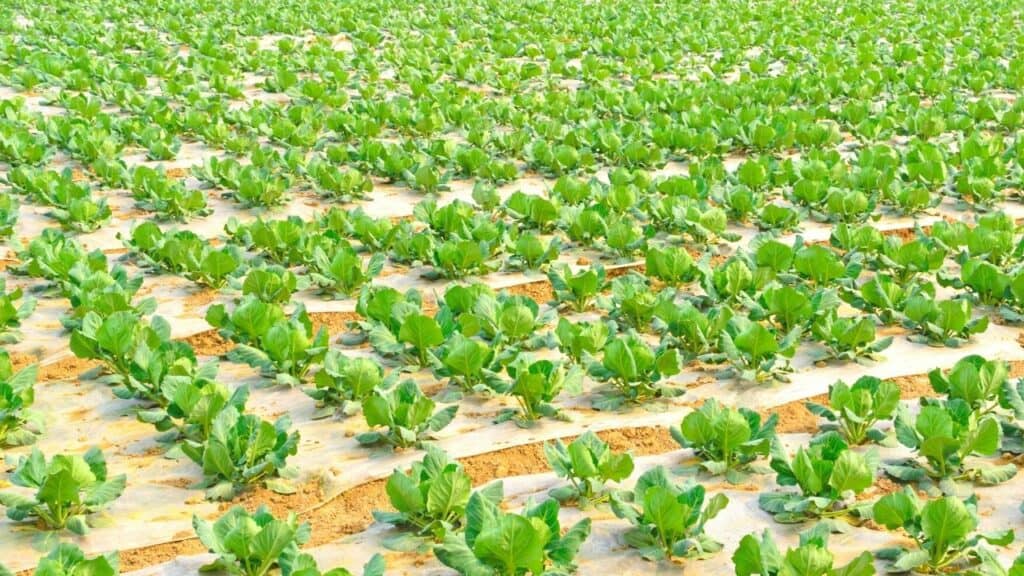 Another crop that probably doesn’t jump out at you when planning what to plant in July is Broccoli.

But, believe it or not, calabrese, early purple, and baby broccoli are all plantable during this part of the summer.

And, if planted now, you’ll have plenty to harvest once fall arrives. 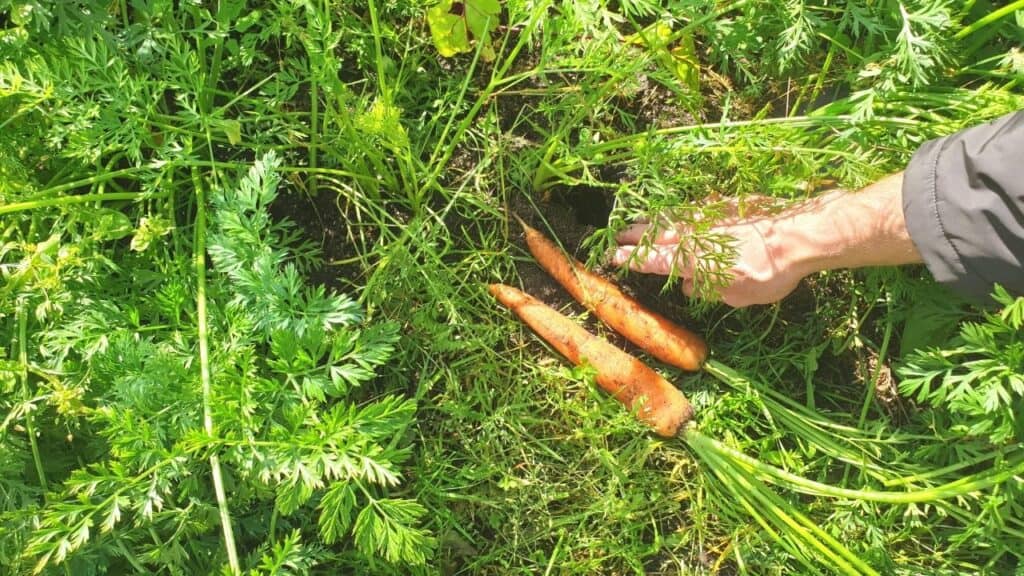 For those gardening in cooler climate zones, carrots are a good crop for planting during July. Simply thin out your carrots that are already in the ground and replace them with new seeds.

Planting these small root vegetables allows you to keep them coming all the way up to the end of autumn.

Further, later summer is a perfect time to plant extra carrots that you want to collect seeds from. 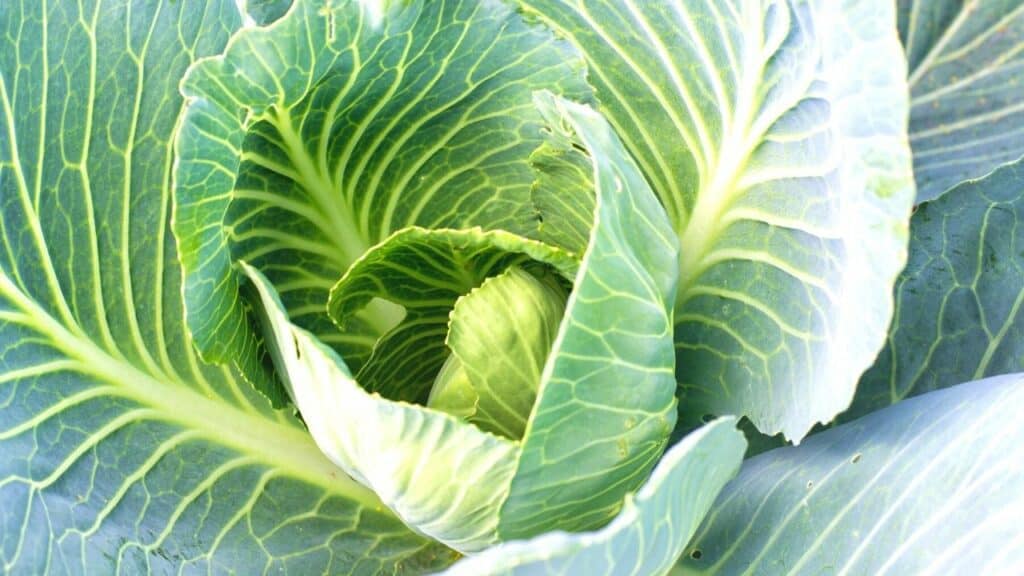 Planting cabbage is also possible in July. That said, it’s suggested for planting in cooler climate zones if you wait until this time of the year.

At any rate, if you try planting it in July, just make sure to put it in the ground somewhere that offers plenty of shade during the hottest parts of the day, or the crop may rot before it’s finished. 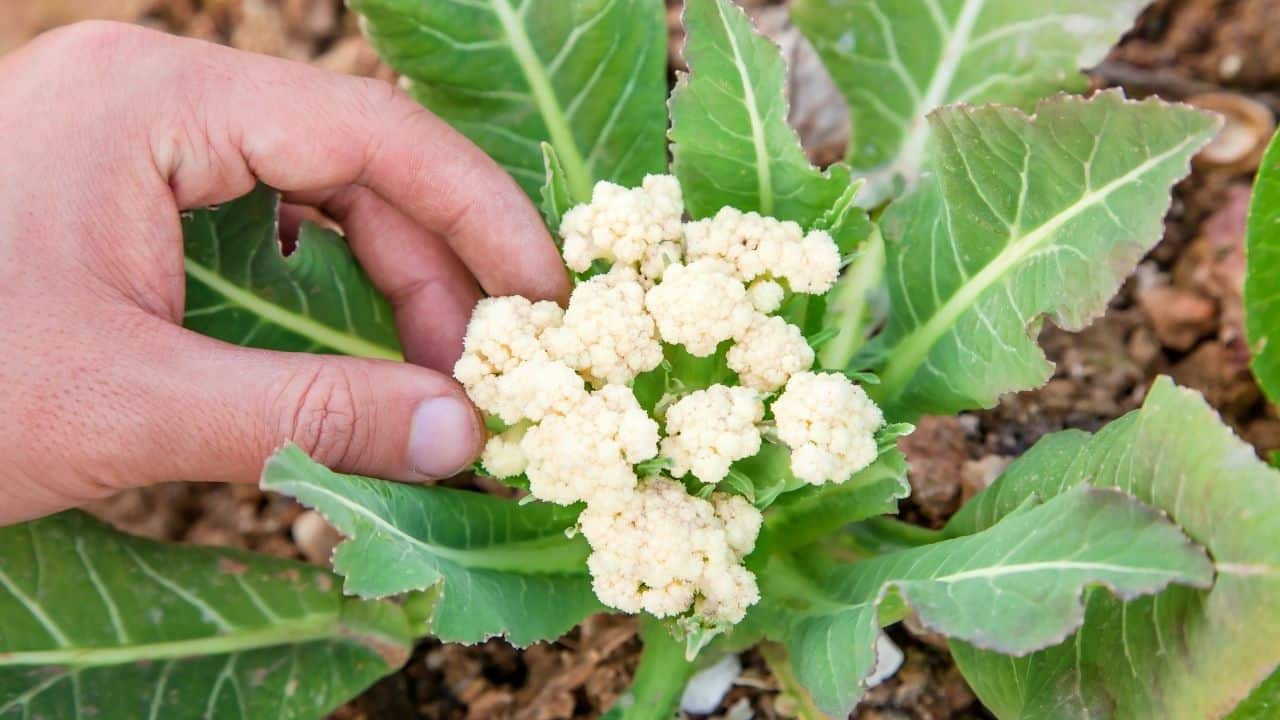 One of the very best crops to plant in July is Cauliflower. To do so, create a shallow ditch approximately half an inch deep.

Place a few seeds every one and a half feet as you go.

Because July is a pretty warm time of the year in most climate zones, make sure to keep the planted seeds extra moist until they sprout. 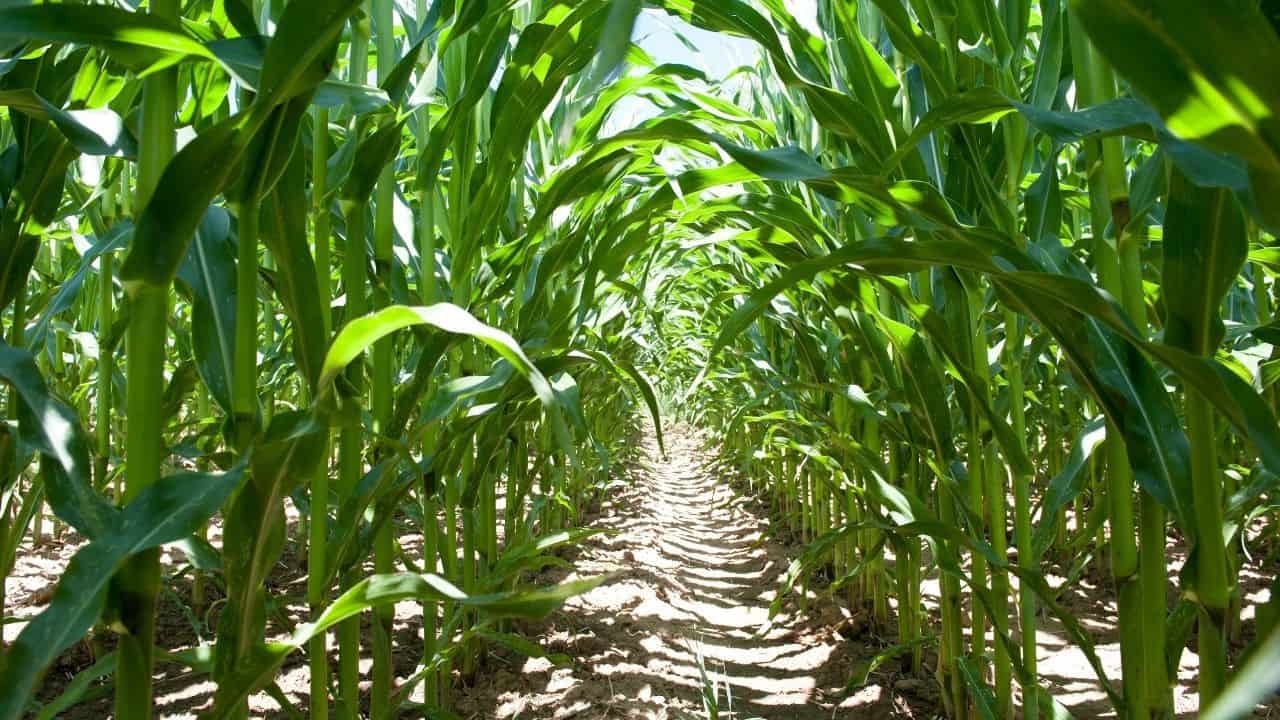 Even though the old rule of thumb is “corn should be knee-high by the fourth of July” it is far from the fact.

Plenty of corn species do exceptionally well being planted in July.

For best results, you should get the seeds into the ground during the first five to ten days of the month. Early Golden Bantam and Bodacious types are highly suggested. 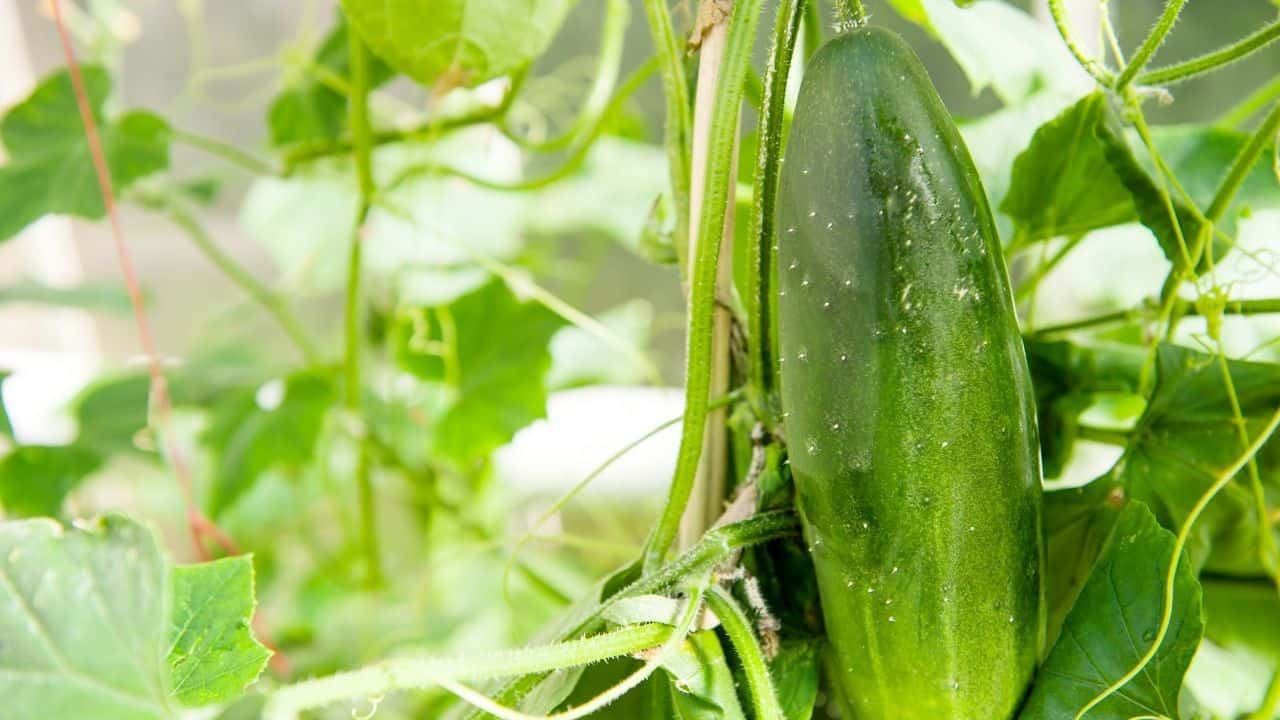 If you live in a cool climate zone or have extra space in your garden (with plenty of shade during mid-day) cucumbers are another decent plant to put in the ground during July.

Also, considering the time of the year, bush types tend to have more success when planted this late.

That said, vine varieties will also grow (but may not have such high yields as you’d like). 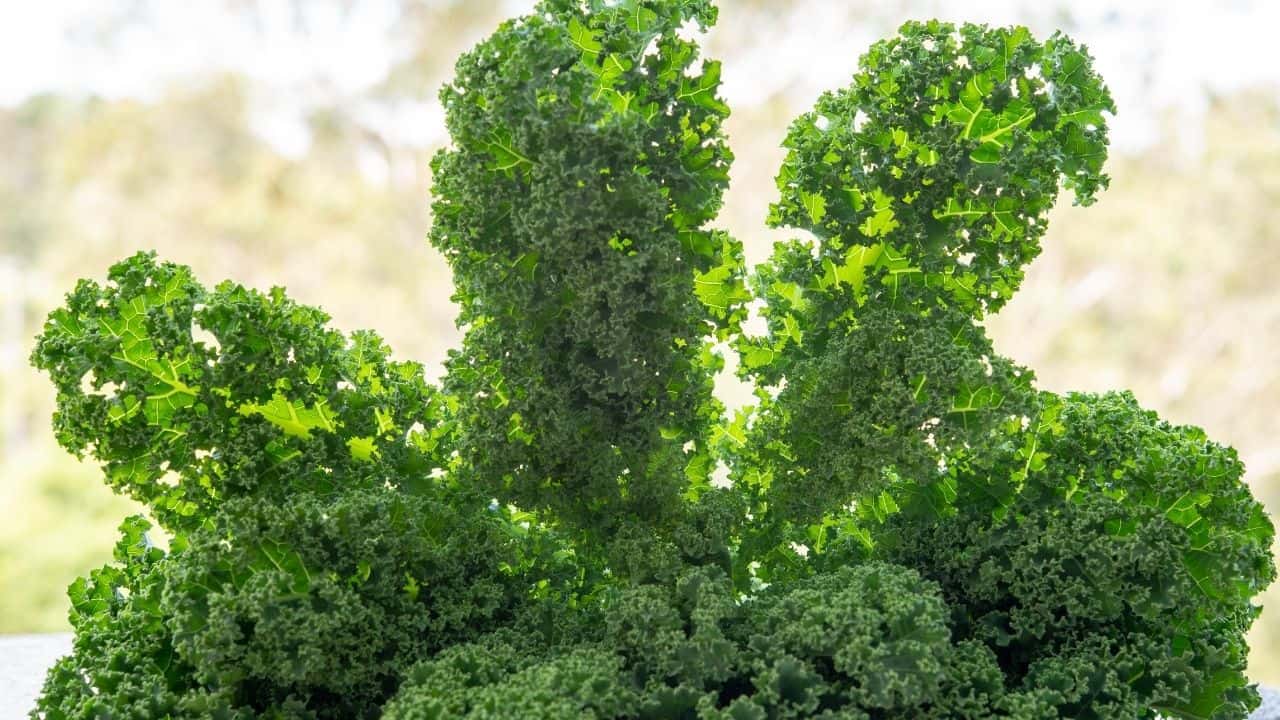 As far as leafy veggies go, Kale is one of the best suited for being during July all the way up to August.

If you’re in a cool climate zone or have ample shade, kale will continue growing well into the late fall and early winter.

With protection, such as a greenhouse, kale may even grow all the way through the year. 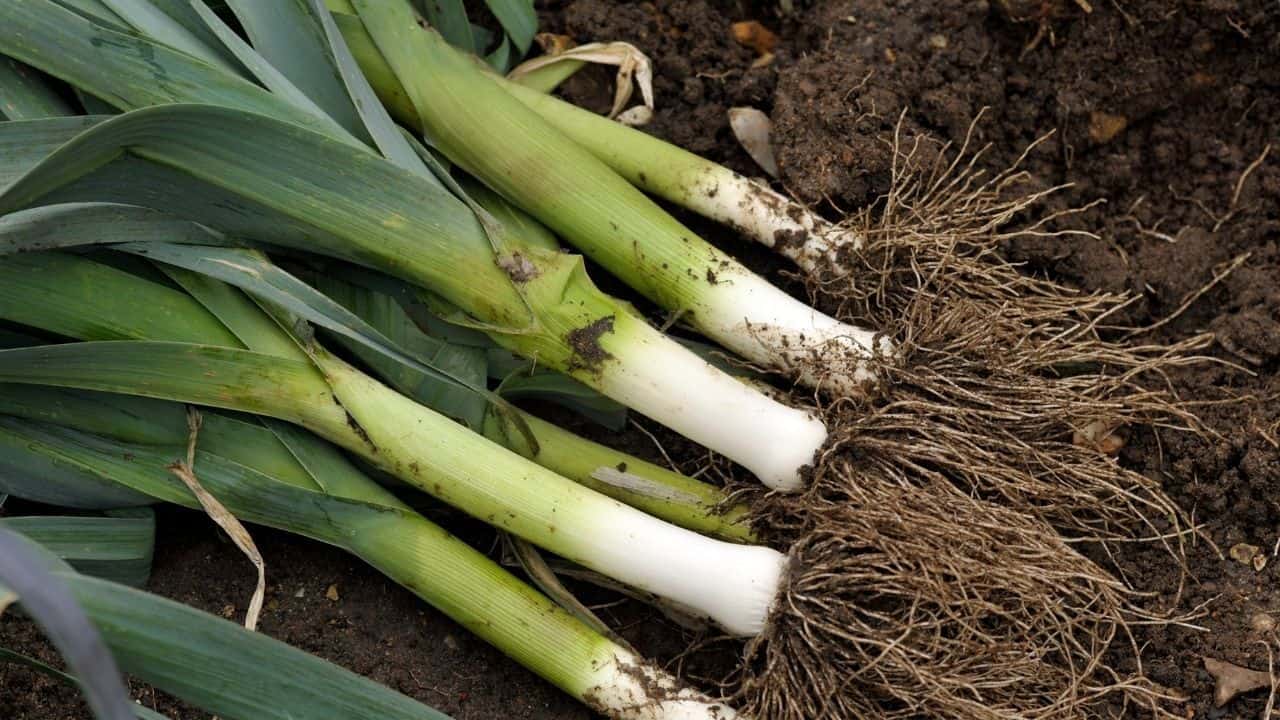 Typically planted during the early and late parts of the year, leeks are also plantable during July for those who garden in a cool climate zone.

Just ensure that each of the plants has a gap of 6 inches from each other.

If you’re in a warmer climate zone, it’s still possible to plant them in containers placed in the shade as well. 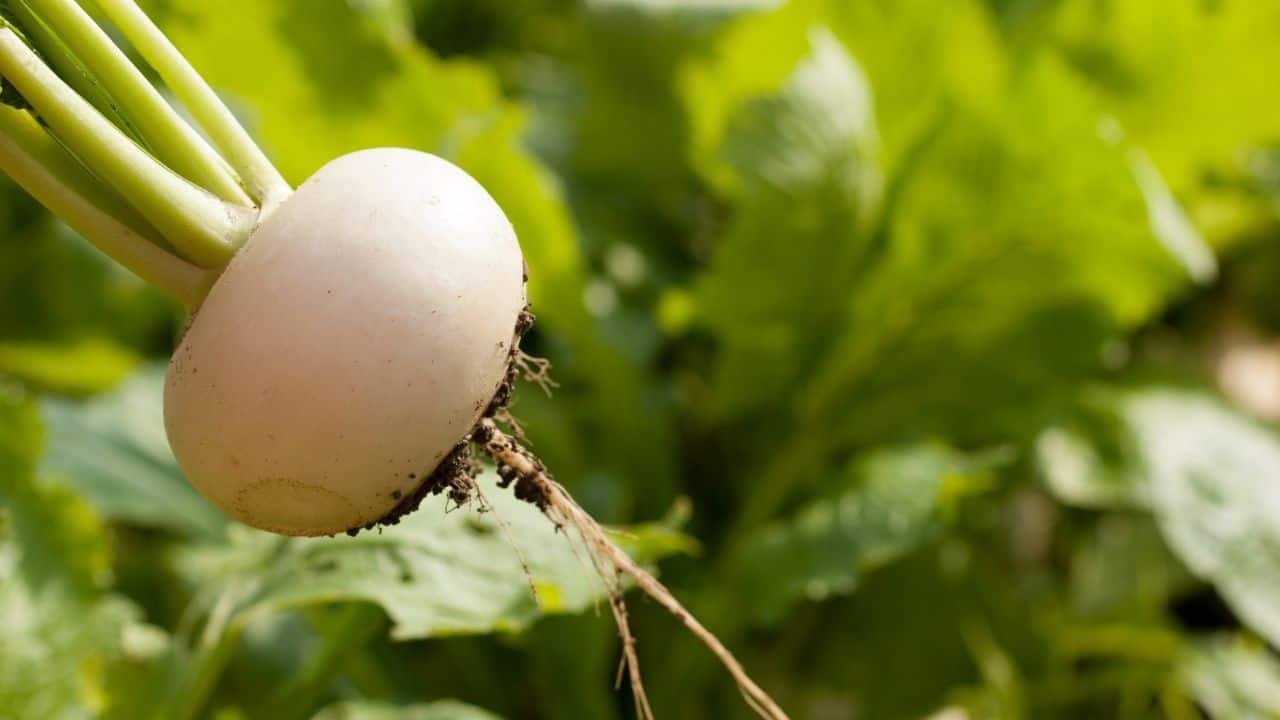 Like beets, turnips also do just fine in July gardens. Plant them in rows that are one-quarter to one-half inch deep and leave 18 inches between groups of seeds.

Once they sprout, remove extra plants and ensure the 18-inch spatial distance between each one.

Best Herbs to Plant in July 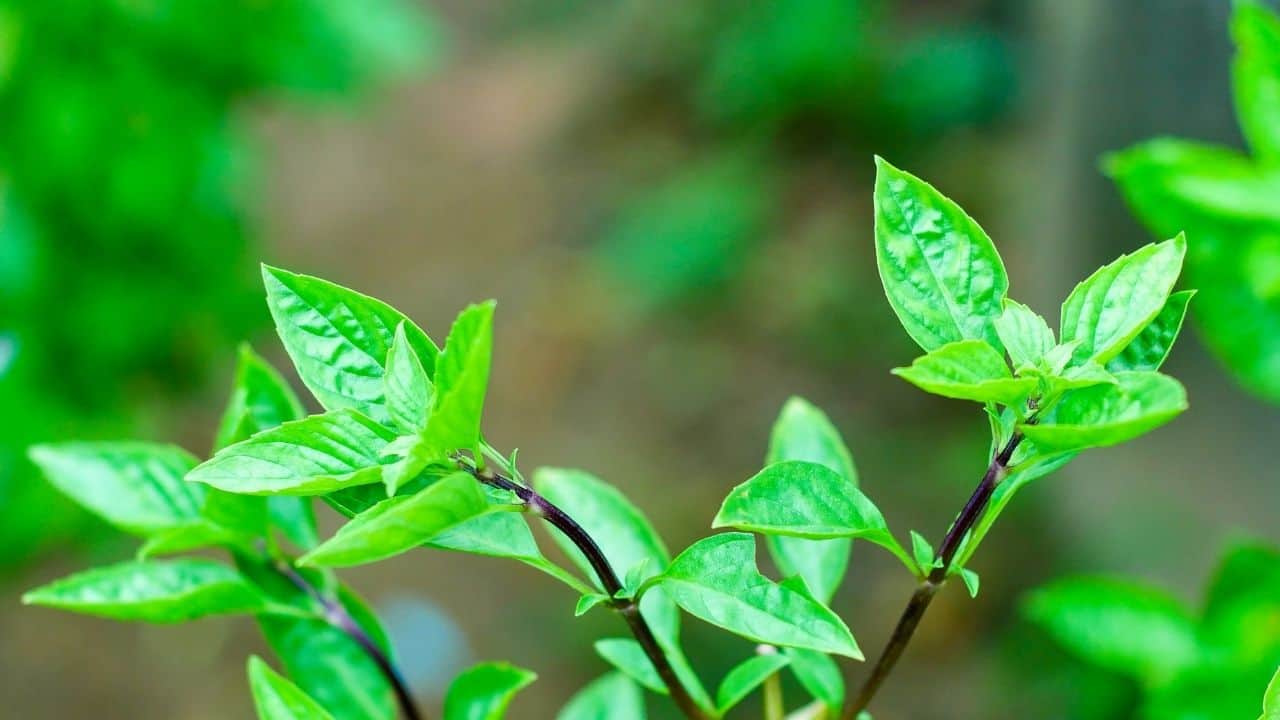 This potent smelling herb does well in gardens most any time of the year, including July.

Plant seeds in containers with a high-grade potting mix and general-purpose fertilizer and place them in the shade.

Alternatively, plant basil plants directly in the garden where they will receive approximately six to eight hours of sun each day. 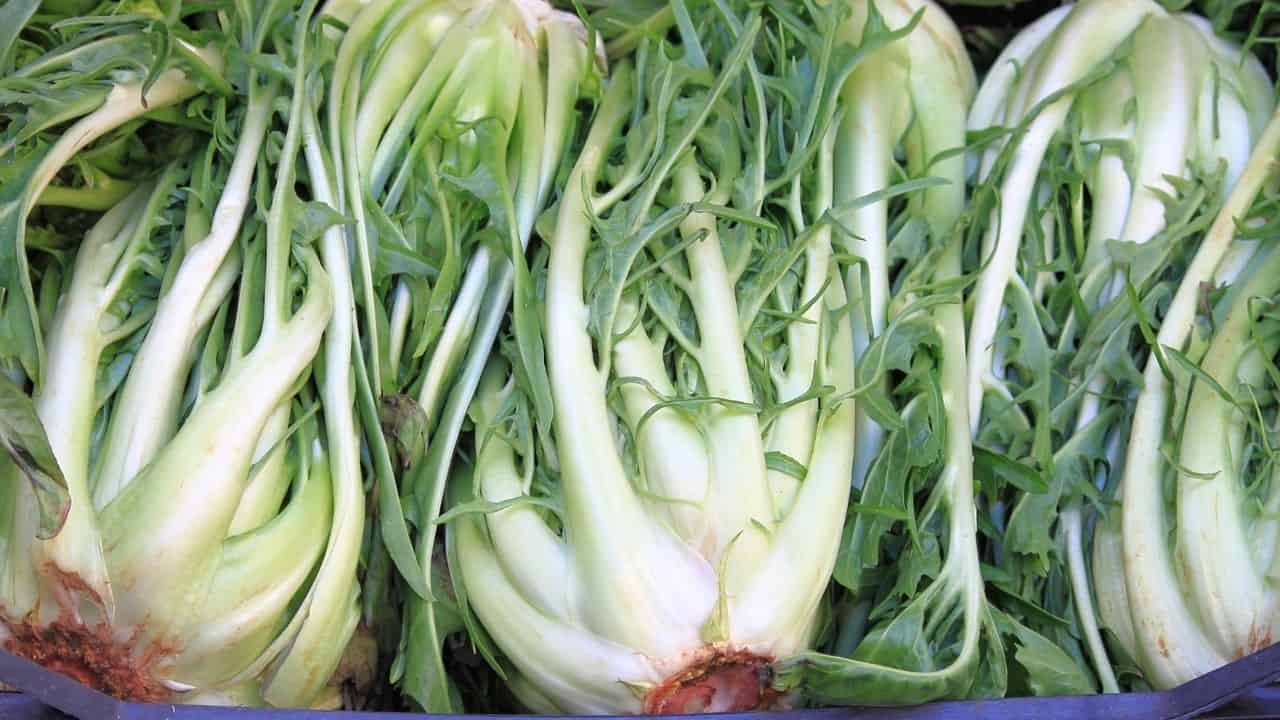 For a late chicory harvest, plant seeds at a depth of a quarter-inch directly into the ground. Leave around 12 inches of space between seed groupings.

After they sprout, thin them out and transplant the extras into an equal space apart from the others.

This sweet-flavored herb is a favorite of herb gardeners around the world. That said, it’s a perfect addition to July gardens in all but the hottest climate zones.

In fact, if you’re in a warm climate zone, these three to five feet tall herbs offer a decent amount of shade for other low-growing summer veggies and herbs and help keep pests like aphids away due to their strong odor. 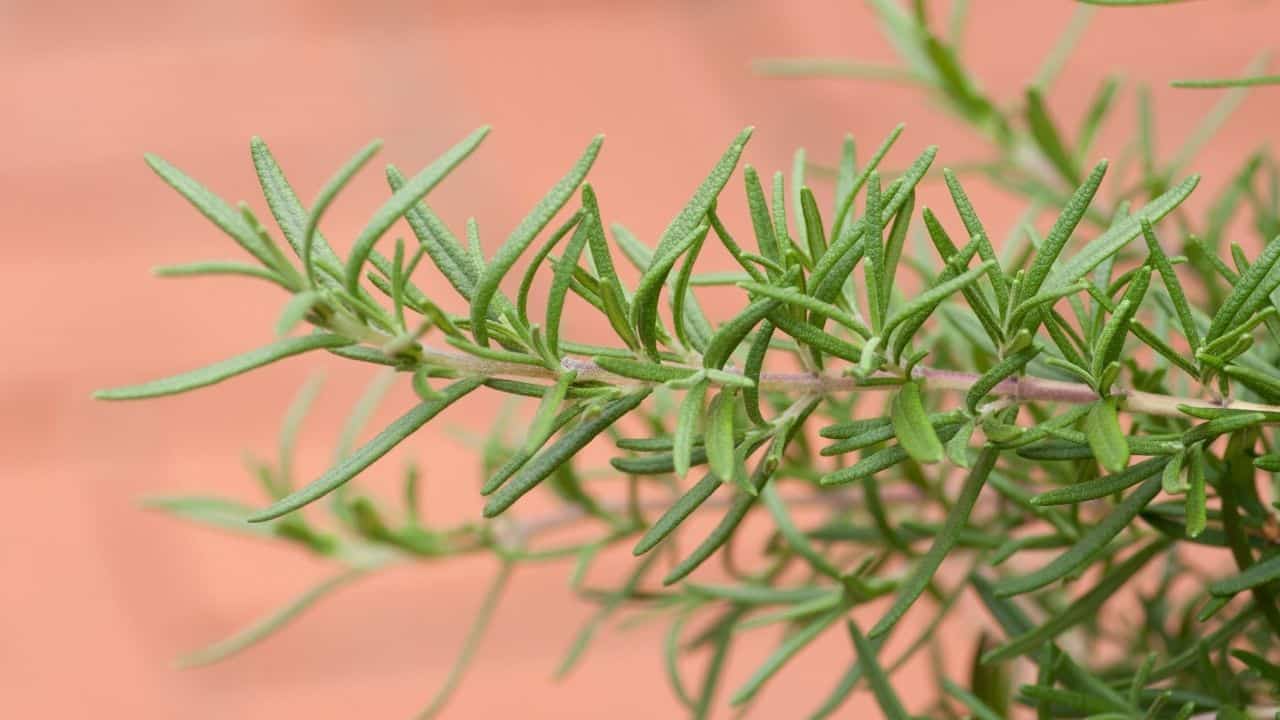 One type of herb that is practically perfect for July gardens is rosemary. This herb loves the full sun and grows to heights between two and three feet.

That means, as, with fennel, it may be a great form of shade for other plants that need shade and don’t grow as tall (such as cabbage or cauliflower).

Keep rosemary plants away from pumpkins and squash because they may take up too many of the same nutrients they need to thrive. 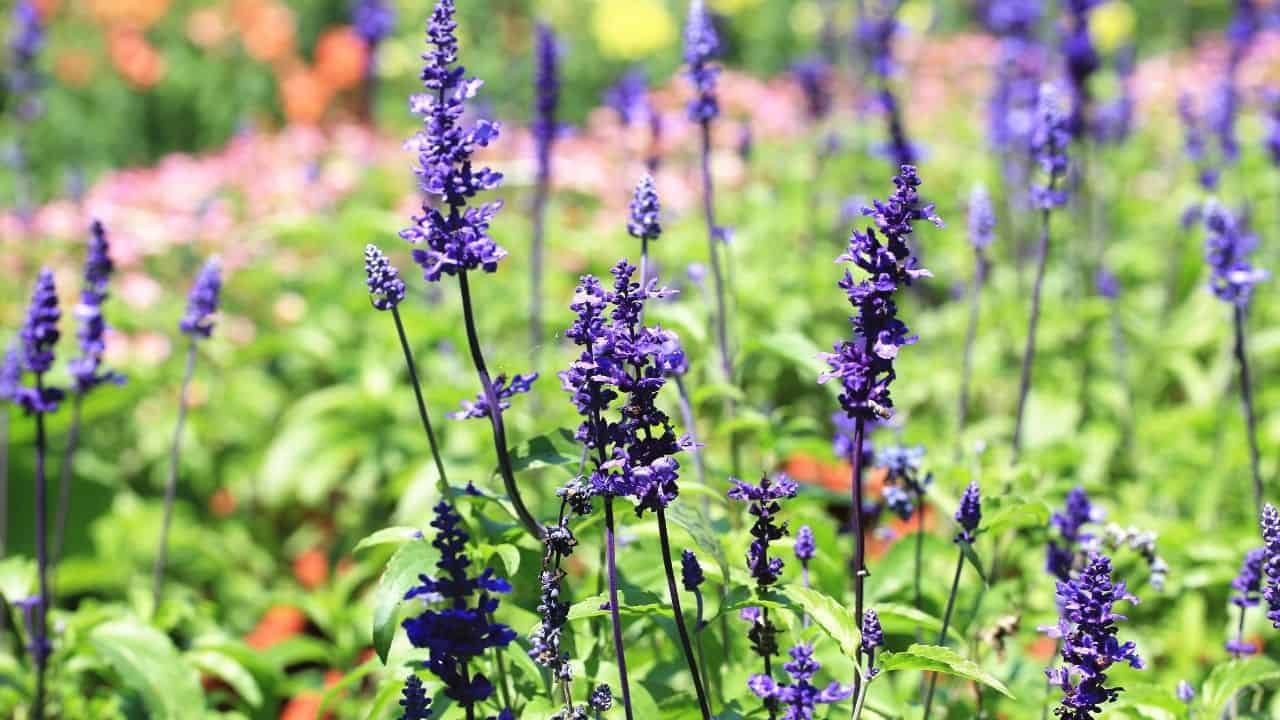 Last but not least on our recommendations of herbs to plant and grow in July is sage.

Another plant that loves the full light of the summer sun, sage reaches heights of up to three feet.

Make sure to plant it in well-draining soil because its roots are prone to root rot if they get too wet. Additionally, they do great in flower beds.

Best Flowers to Plant in July 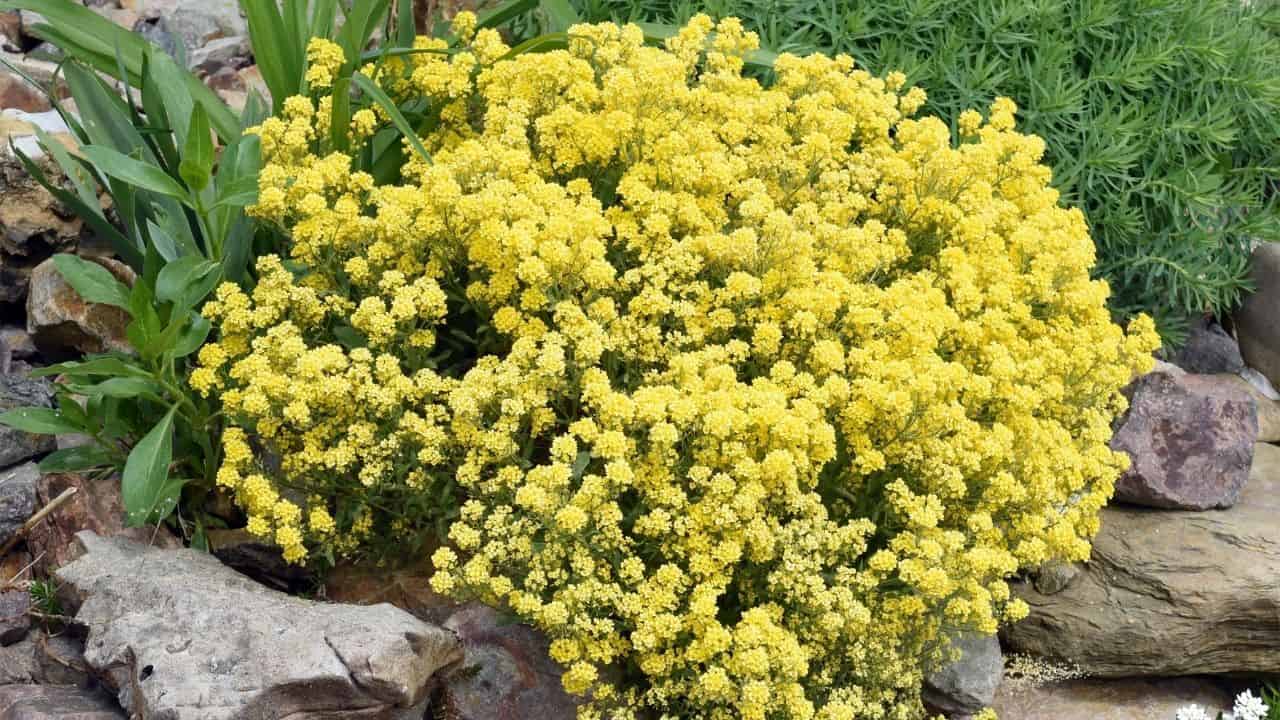 This summer flower adores basking in the July sun, making it perfect to plant outdoors during this time of the year.

However, it is highly suggested to start Alyssum from seeds indoors and then transplant them outside into the garden once they’ve developed hardy roots.

Alternatively, in cooler climates, you can get away with planting them directly into your garden in July.

Water them regularly if it’s a hot year though because they do not like dry weather. 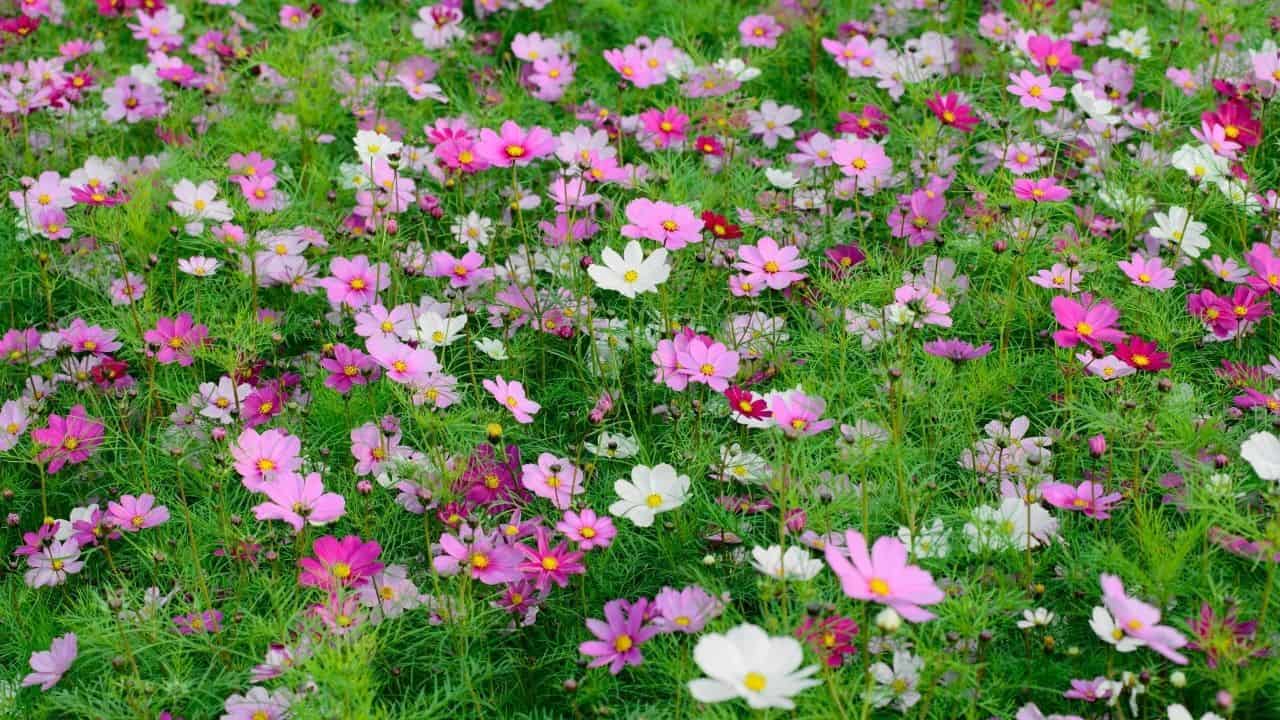 Typically planted indoors during April, or outdoors in May, Cosmos can also be planted in June and July so long as they are planted in a space that provides plenty of early morning sunlight and some shade later in the day.

They also require soil that retains water longer than many other July-friendly plants.

Mixing organic material into the ground or container you plant them in helps achieve better water retention. 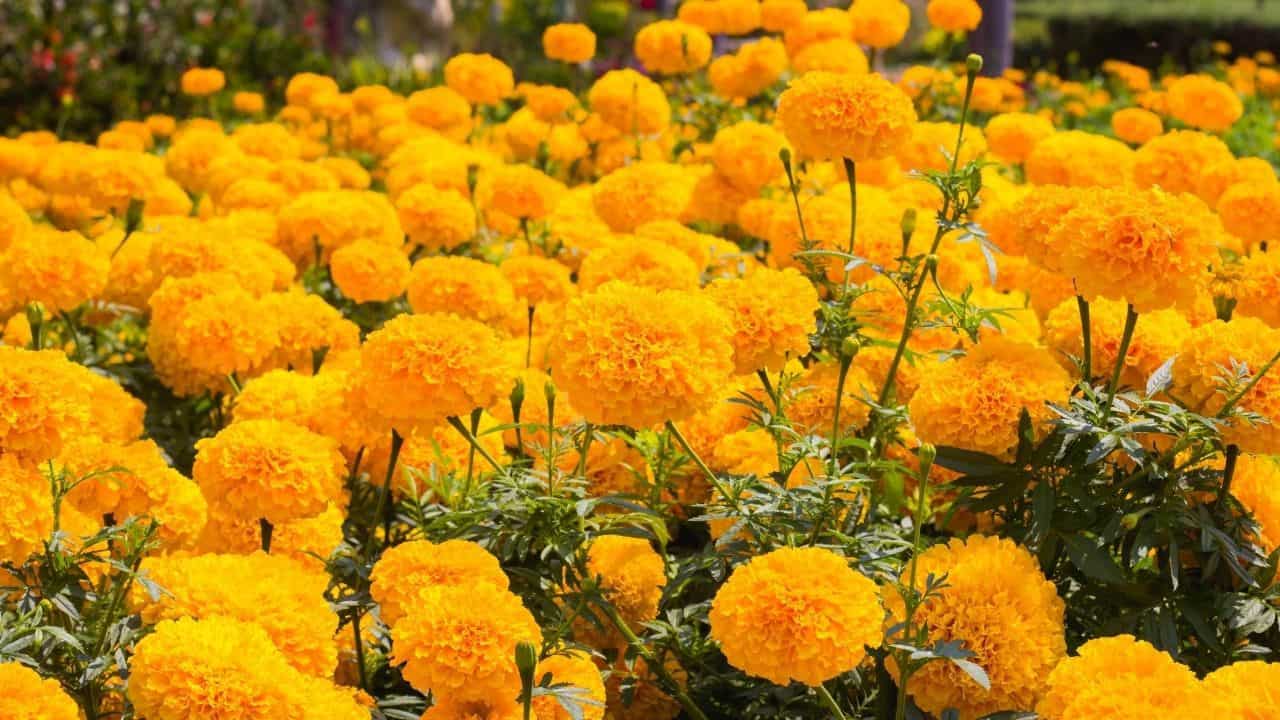 There are over 50 species of Marigolds, and most of them are suitable for growing all year with the exception of through the wintertime.

July and August, however, are the last bit of the year that you can plant them with enough time to see them bloom.

Taking a bit longer than many summer flowers, marigolds require around two months from planting time before they start blooming. Plant groups of them spaced roughly one inch apart for the best results.