Have you noticed that the veggies in your garden don’t grow as well as you think they should? And it isn’t because they’re not getting enough water, or they are not fed.

It is because the temperatures are just so very hot. Maybe it’s time to choose plants that will cope better with the heat.

Which Crops or Vegetables Can Withstand 104 degrees Fahrenheit (40 degrees Celsius)?

Peppers, eggplants, sorghum, corn, and zucchinis are all plants that can cope with very high temperatures. They generally need a lot of direct sun and a 30 degrees Celsius (86 degrees Fahrenheit) temperature for normal growth. In higher temperatures, they slow their growth rate, which helps them to survive the heat. 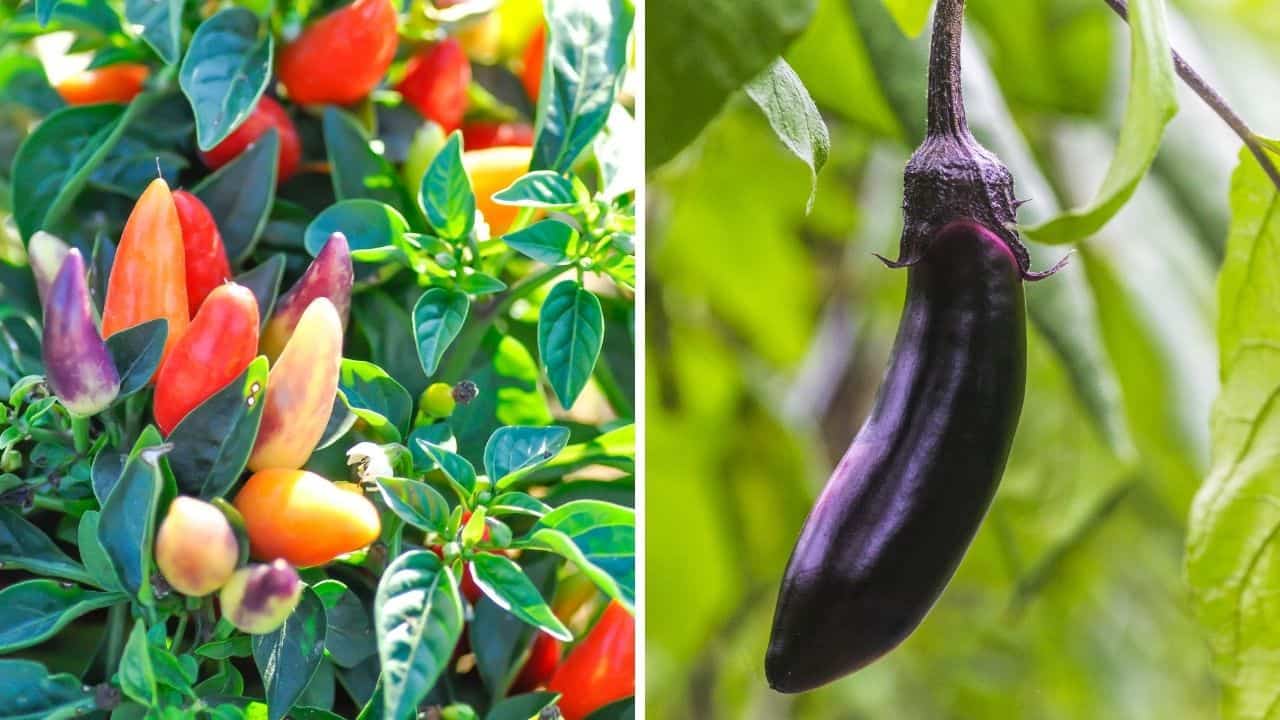 Peppers and eggplants are described as tender crops and are familiar, popular inhabitants of a vegetable garden. Because they are also warm-season crops, they prefer higher temperatures and full sun.

This does mean they can survive very hot temperatures. The plants won’t last for very long in extreme heat if they don’t get enough water. 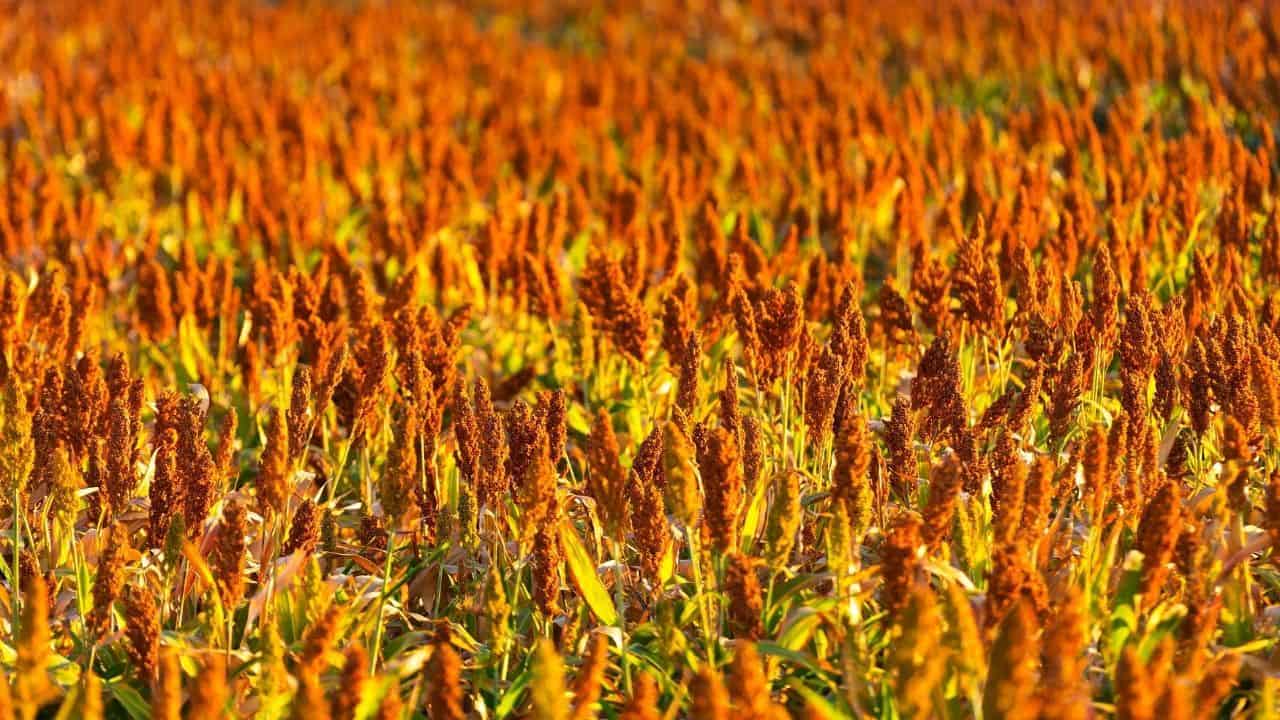 Some field crops can survive in extremely hot temperatures if they receive enough water. Sorghum is the crop that is most tolerant of higher temperatures.

Even during extreme heat, the flowers of sorghum are well-formed. Because it is a self-pollinating crop, it is able to propagate efficiently even in temperatures as high as 40° C (104° F).

The overall yield of the crop is usually less during extreme heat than under usual circumstances. 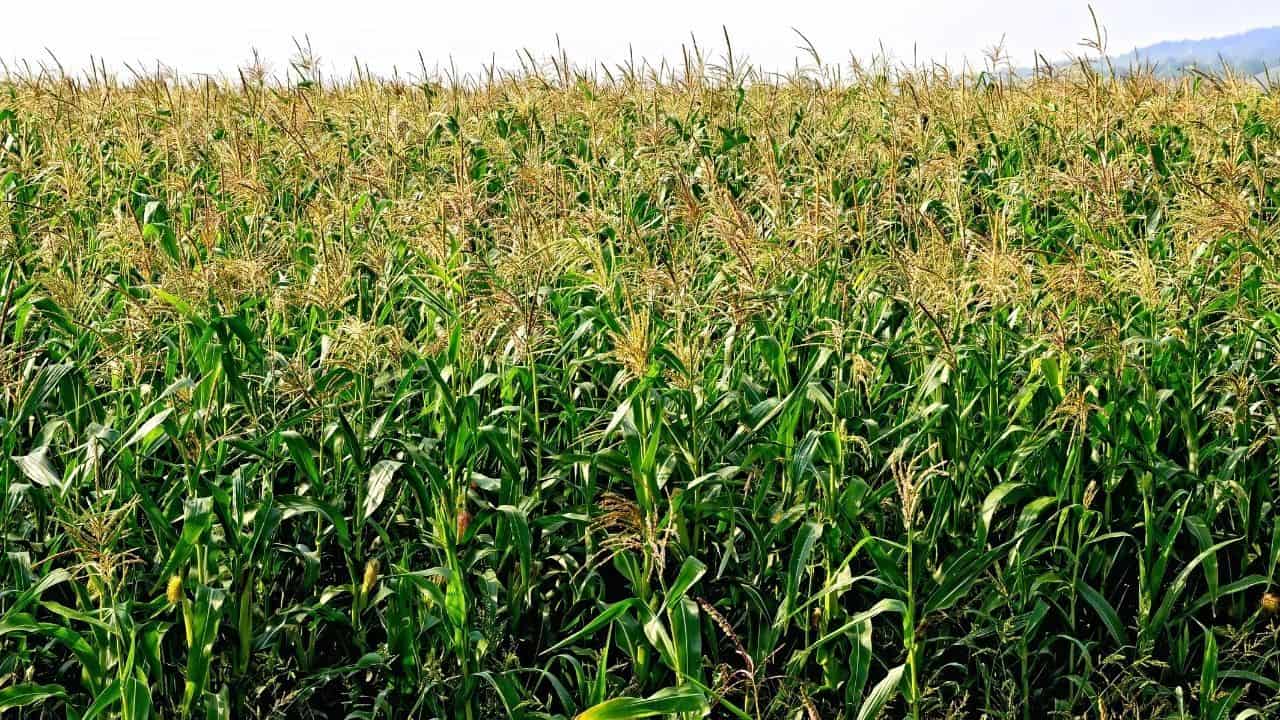 It is unlikely that you will plant sorghum on a minimal scale because harvesting and processing the grain is not necessarily easy. A crop you could grow and which is easy to work with is corn.

This is another crop that can tolerate high temperatures but only for a short while. Although the growth won’t be as good as in lower temperatures, corn can even survive temperatures over 40° C (104° F). 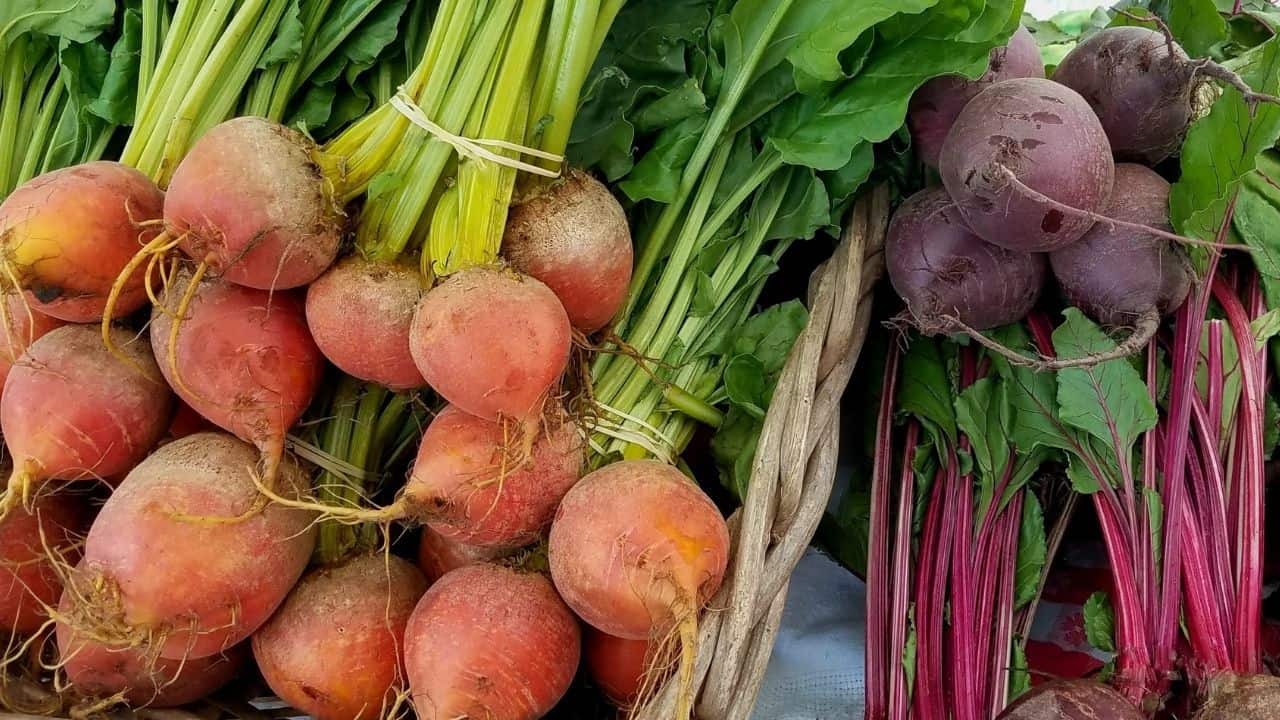 The greens of some root vegetables seem to do well (beetroot, turnip, sweet potatoes) in higher temperatures, but the roots are not as well-formed as in lower temperatures. 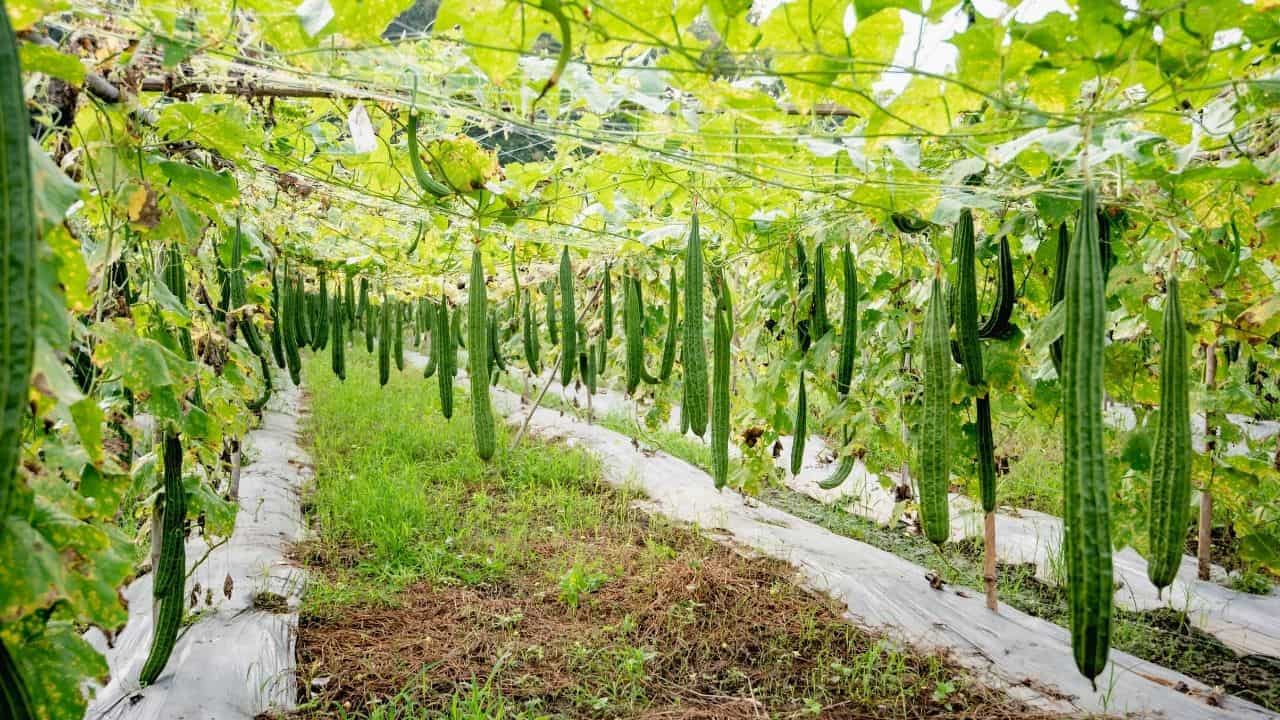 Zucchinis are very adaptable and can tolerate high temperatures very well. In some cases, exposure to heat and lots of direct sun can encourage growth – as long as the plants are watered enough.

They are not impervious to the heat, though, and can become sunburnt, which can kill the plants. This usually only happens to plants that have developed downy mildew, though.

When plants face a form of stress, such as extremely high temperatures, they slow down their rate of growth. This is how the crops that can survive at high temperatures manage to tolerate the heat.

They will actually like they are wilting because they are taking less water into their cells. This doesn’t mean they are dying, because they will raise their rate of growth again when it is cooler and recover, as long as there is enough water available to them.

The one thing that all crops need to survive at any temperature is water. When the temperatures are very high, it stands to reason that the crops will need more water than in cooler temperatures.

In fact, unusually high temperatures are usually associated with drought, during which the crops receive far less water than they need. Under these circumstances, although some crops can survive a lot of heat, they will eventually die if they do not receive enough water.

If possible, you will need to irrigate your plants even more than usual when it’s extremely hot. If you can install some kind of drip irrigation, it will keep a steady supply of water. 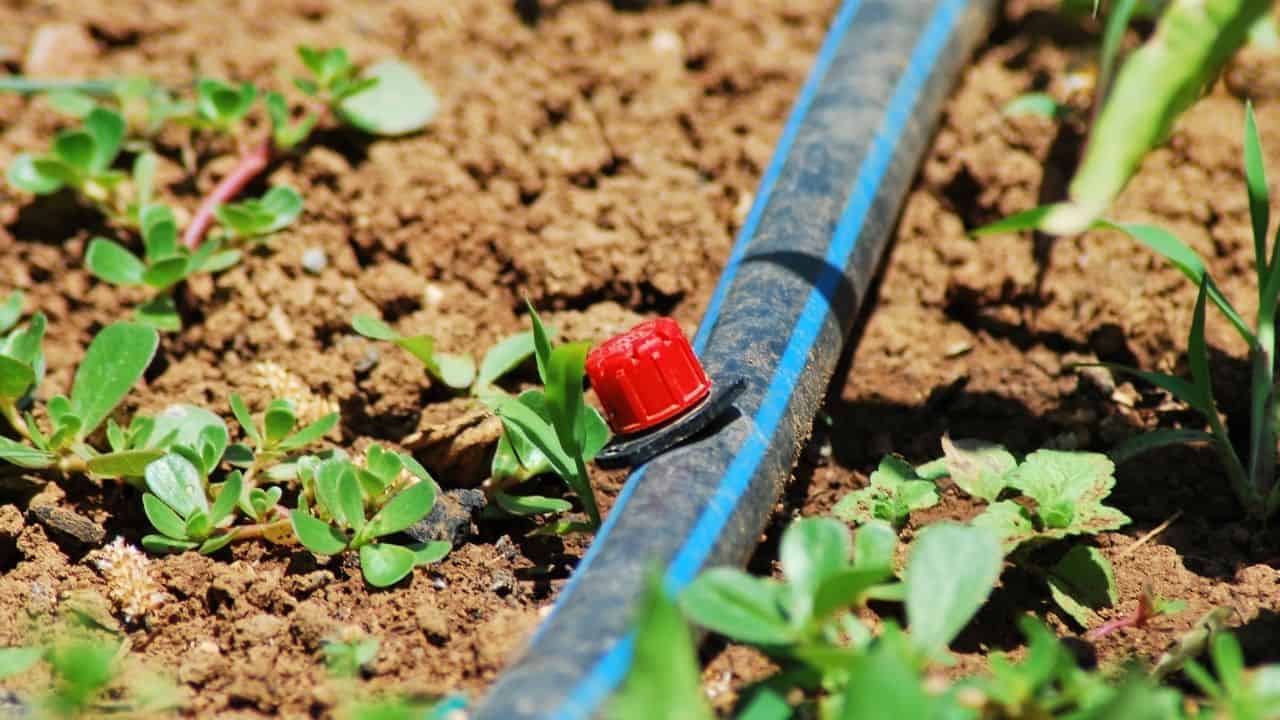 Another strategy is to help to keep the water in the soil around the crops for longer. To do this, use mulch around the plants.

Another way to help crops and vegetables in your garden in the heat is to cover them with shade cloth. At least this will shield the plants from the sun’s harshness. However, remember that you need to water them regularly too.

Cruciferous vegetables, such as lettuce and kale, will wilt and die in extremely hot temperatures, even if they receive an adequate supply of water.

Because of this, it may seem as though it is the leaves, the parts we see above ground, that are vulnerable parts of the plants.

Don’t think that what is below the soil is necessarily any safer from the heat, though. There are root vegetables that don’t tolerate high temperatures, such as radishes and carrots.

After all, when it is extremely hot, the soil dries out and the roots will suffer too.

Can the temperature tolerance of crops be altered?

With genetic engineering, it is possible to alter the ability of crops to tolerate very high temperatures. Wheat is a cool-season crop, but experiments in genetic modification are able to produce a variety that is more tolerant of heat.

How can I help protect my plants from extreme temperatures?

The key to survival for all plants is getting enough water. If you are experiencing very high temperatures, make sure you water your vegetables regularly. Putting some shade cloth over them can also protect them from some harsh, direct sun.

40 degrees Celsius (104 degrees Fahrenheit) is very, very hot, even for us – and we have aircon, swimming pools, or shade we can move into.

If you do experience such extremely hot weather, then choose to plant crops that will cope with the temperature. And make sure they get enough water.