Soil is a substance that makes up the surface of the land. It consists of several particles, including living and nonliving content.

The living or organic part of the soil includes small plants, algae, and microorganisms like bacteria and fungi.

While the nonliving or inorganic part contains minerals like rock, sand, silt, and clay.

The primary importance that soil holds for plants is by providing support to help them stand tall and supply nutrients for adequate growth.

Moreover, the roots gripping firmly to the ground take up water from it and deliver it to the upper parts of the plant.

Is Soil A Mixture?

Soil is a heterogeneous mixture as it consists of more than one type of particle which can be separated physically. It contains minerals, broken rocks, living and nonliving organisms, air, and water. 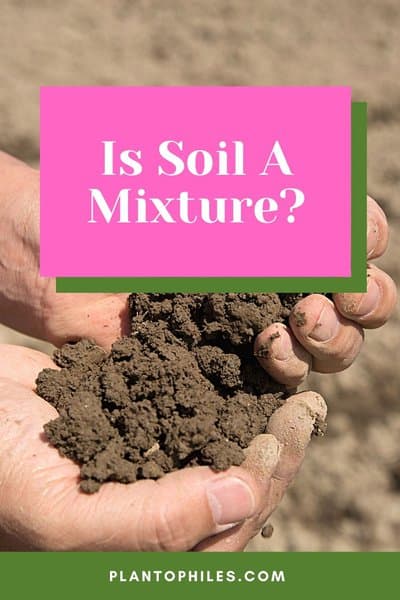 Is Soil A Mixture?

Sandy soils are light, warm, and dry. They are acidic and possess fewer nutrients. 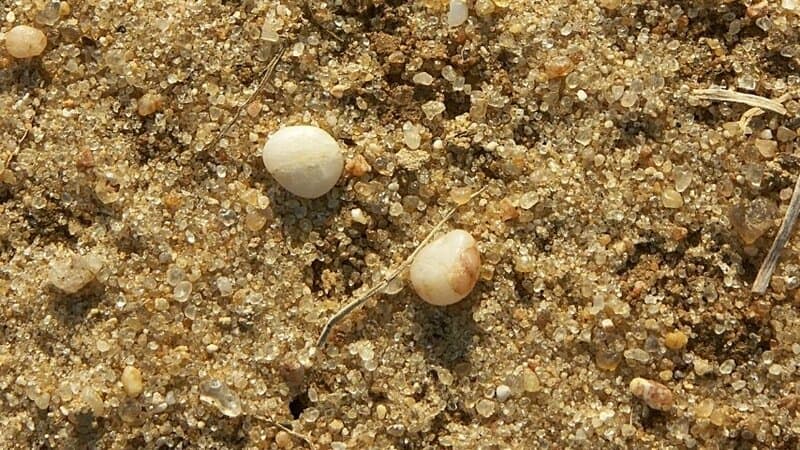 Though sandy soils are acidic and has lesser nutrients, they help make soil more stable and have good drainage

However, they make soil stable, are easy to work with, and have good drainage. 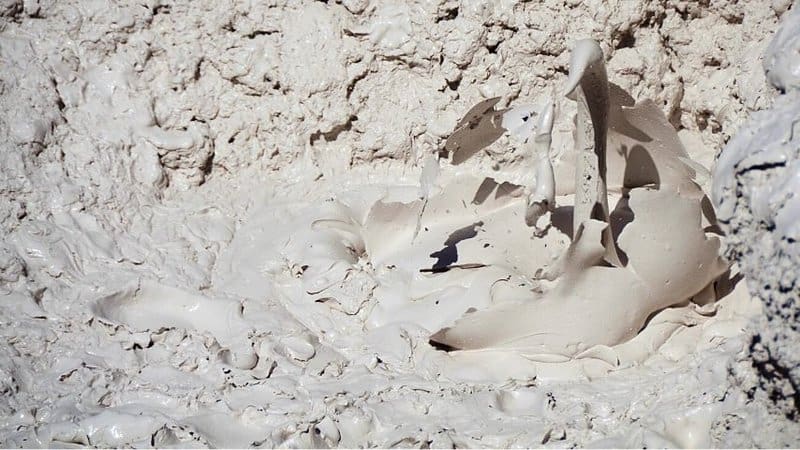 Clay increases the weight of the soil, significantly lowering the reduced water drainage

It consists of fine minerals and very little organic matter, making it sticky, and limiting the space between particles.

Read about the best plants for clay soil here.

Like sand, silt is also light and consists of fine particles. They can drain water as well as hold moisture. Moreover, their fertility is high. 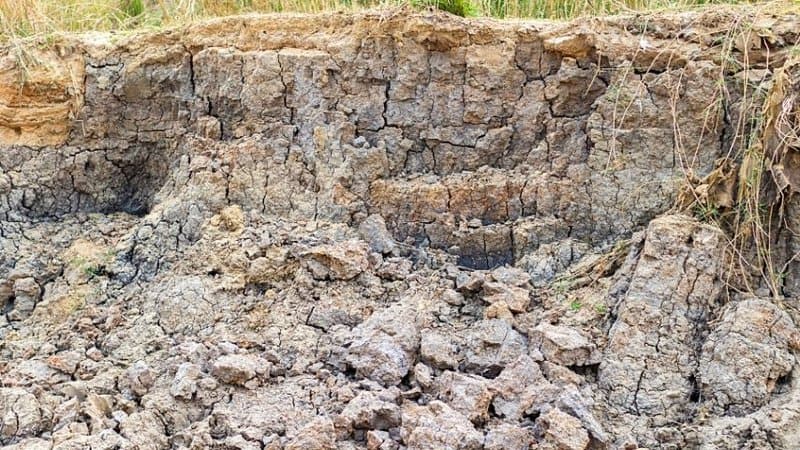 Since all the types of soils have their strengths, it is better to use a combination of these and get a mix of all the characteristics that can contribute to adequate plant growth.

The process of rock breakdown on land is weathering. 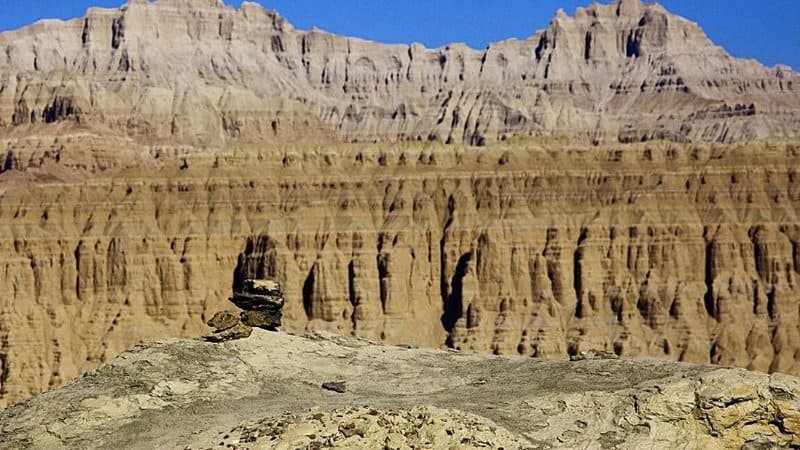 This process occurs as a result of rain, temperature, and biological action. It has three types: biological, chemical, and physical.

Following weathering, a process called erosion takes place, during which the small particles broken down are moved from one place to another. 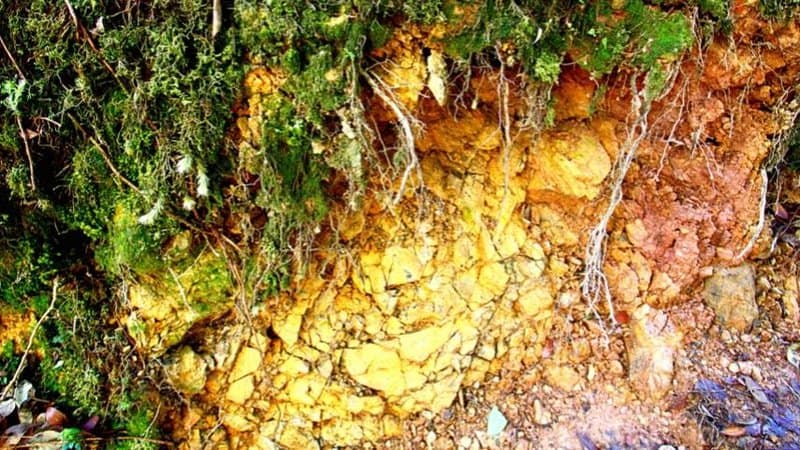 These particles settle, are decomposed, and finally form soil.

Why It’s Important for Soil to Have a Good Structure

Good soil structure ensures soil and plant health, in addition to water and air movement. It stores water for plants and provides support.

Some soils are naturally structured very well, while others can be altered as needed if appropriately managed.

Hence, monitoring the physical characteristics of soil is vital to understanding its condition.

However, management should be done as needed as excess working over soil might lead to soil deterioration.

The water from rain scatters the soil, altering its structure and allowing it to travel to the streams nearby. 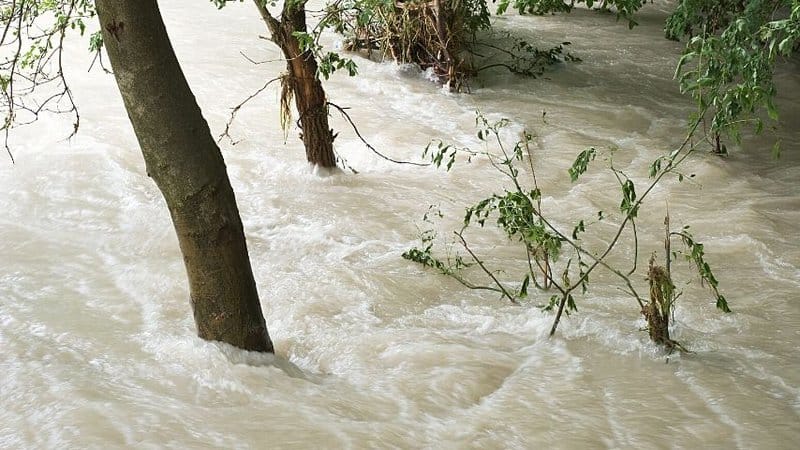 This causes a significant waste of soil.

Farming disturbs the land as it involves emptying the area in order to sow seeds that mostly grow during spring while the soil erodes during the winter season. 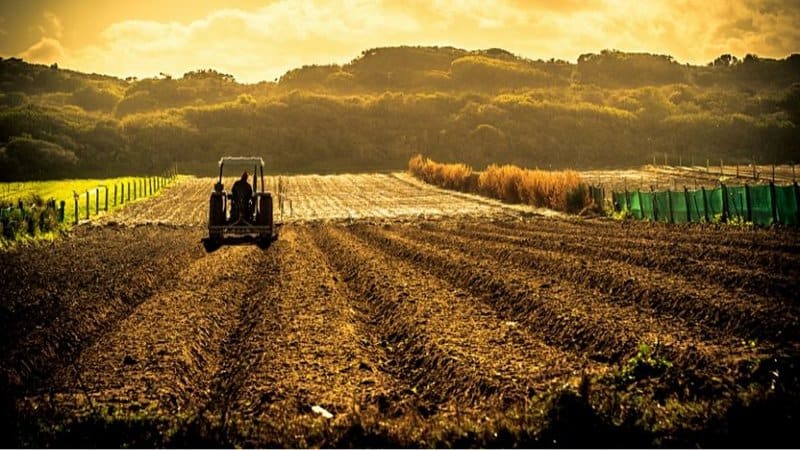 Moreover, the use of heavy machinery like tractors makes the soil compact and reduces its water holding capacity.

When animals feed on plants, they pull out the vegetation entirely by roots. 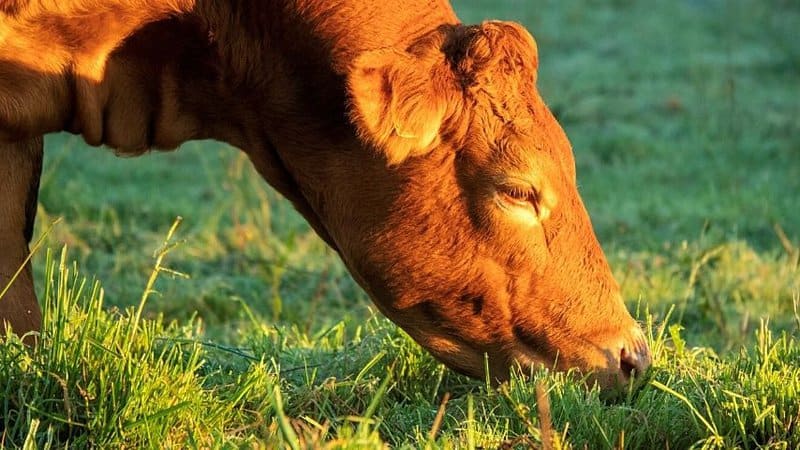 This disturbs the soil structure and makes it prone to erosion.

Construction is often done following the emptying of lands that were once grasslands or forests.

This exposes the soil and makes it vulnerable to deterioration.

Dry regions with strong winds can also result in continuous carrying away of soil particles from their original point of deposition. 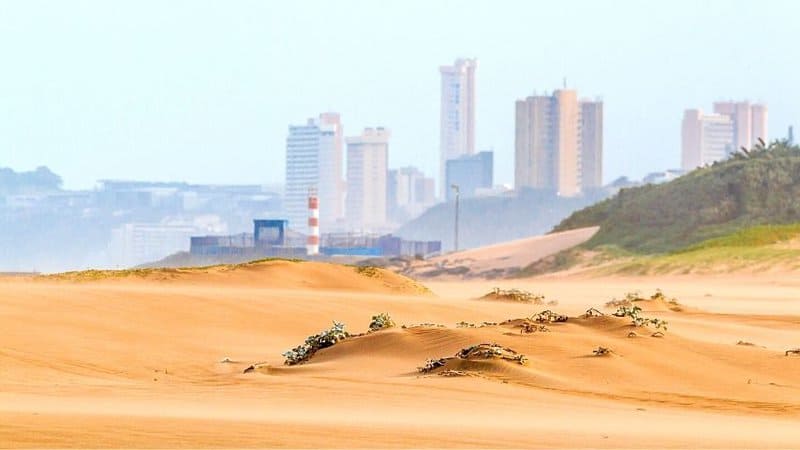 This also leads to soil degradation.

Essential Nutrients That a Plant Gets From Soil

The major contributor to plant growth is Nitrogen. It is contained in plant cells, proteins, hormones, as well as chlorophyll.

Nitrogen enters the soil from the atmosphere, where it converts into its nitrates, which are then used by the plants.

It should be applied to the ground in small amounts to prevent soil acidification due to leaching.

It passes energy from sunlight to plants and promotes the maturation of plant parts like roots.

Phosphorus is available in all manures.

It makes plants strong and resistant to diseases. Potassium also plays a role in forming and transporting starch, sugars, and oils.

Moreover, it helps in the production of good quality fruit.

Calcium enhances root development and health, in addition to promoting the growth of leaves.

Moreover, it stimulates photosynthesis and absorption of other valuable nutrients.

It constitutes the central part of chlorophyll and takes up the energy from the sun to be used by plants during photosynthesis — lack of magnesium results in stunted growth.

Sulfur makes up amino acids, proteins, and oils. It is essential for growth as it is a part of chlorophyll, a substance that allows photosynthesis to take place.

It also produces and activates enzymes.

What the Best Soil for Plants Is

Good soil is an integral part of the list of things required for plant growth. The wrong soil type can lead to several problems and a decline in plant health.

Soil is of three types, sand, clay, and silt. A perfect combination of soil would be a mixture of all three giving a rich sandy loam.

Furthermore, your plants might need an addition of compost for enhanced growth and development.

Why Proper Soil Drainage Is Important

Many plants prefer well-drained soils as poor drainage limits oxygen supply to the plant’s roots and results in abnormal growth.

However, soils with excess drainage aren’t the most favorable either, as it means that their moisture holding capacity isn’t the best.

Hence, such soils wouldn’t be workable for plants in dry regions.

Does Soil Have Any Microorganisms

Soil has several microorganisms, including algae, bacteria, and fungi.

However, under certain conditions, some of these organisms might cause harm to plants by feeding on their roots and shoots.

A change of color to red, orange, or yellow indicates that the soil doesn’t have enough nutrients and organic matter.

The dry, crumbling, and cracking appearance of the soil suggests that there isn’t enough moisture.

Lastly, if your soil isn’t good enough, your plant will not show healthy growth and flourishing as it usually does.

Frequently Asked Questions About Soil Being a Mixture

Are All the Soils Same?

All soils have different characteristics, chemical and physical included. All these soils have good and bad qualities with regard to planting.

Is Potting Mix and Soil Same?

Although the terms potting mix and soil are considered the same, they differ. Potting soil might or might not contain soil, but potting mix never has soil. It is sterile and safe.

Can Garden Soil Be Mixed With Potting Soil?

In some instances, mixing garden and potting soil is acceptable, but it isn’t the best option for container plants. Less space leads to reduced hold of moisture, lack of oxygen, and ultimately root rotting.


Conclusion On Is Soil A Mixture

Soil is a mixture of minerals, broken rocks, living and nonliving organisms, air, and water.