Plants are autotrophic organisms. They produce their own food through a process called photosynthesis which occurs during the daytime, in the presence of sunlight and carbon dioxide.

The whole process of food production takes place due to chlorophyll’s presence, a green pigment.

It is contained in a cell structure called chloroplast where photosynthesis occurs.

Chlorophyll helps by absorbing sunlight, which gives plants energy for use during photosynthesis.

The product of this process is glucose, a six-carbon sugar molecule that plants store for later to be used as a source of energy for growth.

In addition, oxygen is given out in the environment by plants for use by other living organisms.

Apart from contributing to the fundamental chemical process of plants’ life, chlorophyll is also responsible for the mesmerizing greenery of the plants.

Light has multiple wavelengths of different colors. While absorbing light, chlorophyll absorbs the blue and red parts of the spectrum, leaving behind the green part to be reflected by the cell wall of the plant cell. Due to the reflection of green light, the plant appears green. 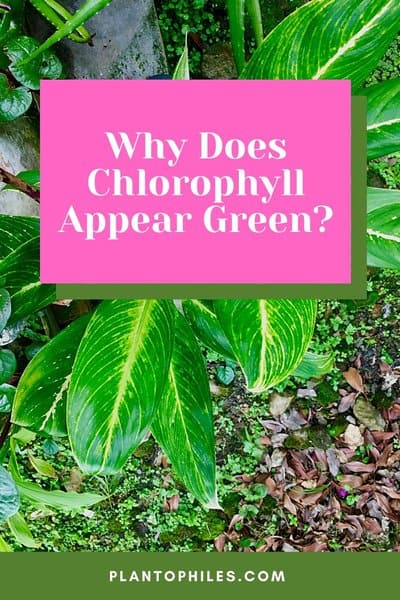 Chlorophyll A is not the only pigment used by the plants during food production, yet it is the primary pigment among the ones available.

All the organisms that perform aerobic photosynthesis have Chlorophyll A.

Chlorophyll A, as well as B, are fat-soluble according to Oregon State University.

As discussed earlier, chlorophyll absorbs light, but not all of its wavelength. So, the part of chlorophyll called Chlorophyll A takes in only the violet and orange parts of the sunlight. 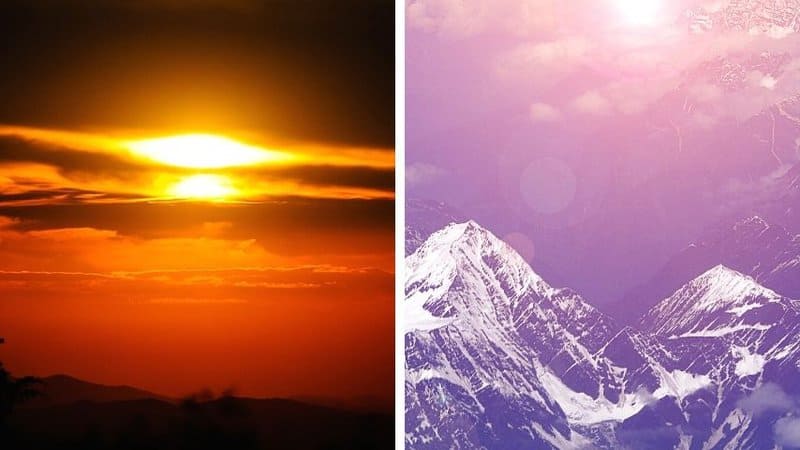 The color of Chlorophyll A is reflected to be seen as blue-green, and it covers around three-fourths of the total chlorophyll inside a plant.

Moreover, it is not soluble in polar solvents.

Chlorophyll B is an accessory pigment, which means after absorbing light and energy, it transfers to Chlorophyll A for further use.

It is found in all green algae and green plants. 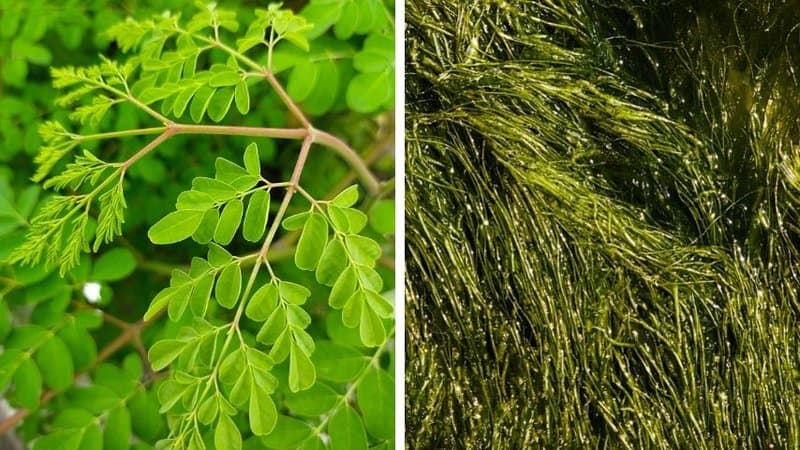 You’ll find Chlorophyll B in all green plants and algae

The portion of light it absorbs is blue and yellow. The color of Chlorophyll B itself is yellow-green, and excluding the chunk that Chlorophyll A covers of the total chlorophyll, the remaining quarter of the pigment is Chlorophyll B. 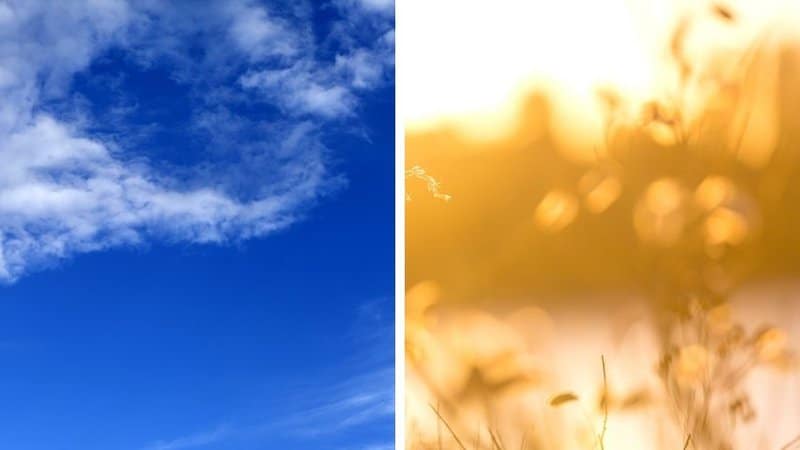 Chlorophyll B, being the accessory pigment, takes in the blue and yellow parts of light

Furthermore, it is highly soluble in polar solvents.

Do Plants Have Any Other Pigments Similar to Chlorophyll?

An essential portion of chlorophyll is Chlorophyll A, and Chlorophyll B works as a helper, but there isn’t only one accessory substance to aid the process of photosynthesis.

These accessory pigments differ in structure from Chlorophyll A, which helps them absorb a variety of light from the spectrum.

In addition to taking part in photosynthesis, carotenoids provide photoprotection to plants.

They are orange in color and are present in fruits like watermelon, tomatoes, carrots, and pumpkins. 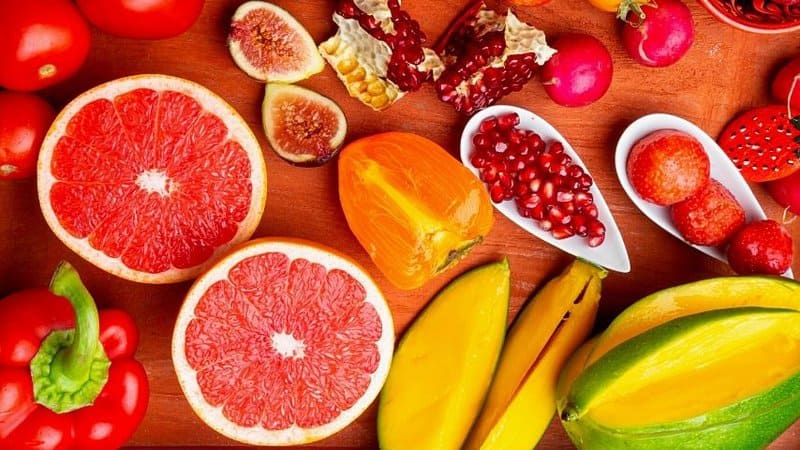 Carotenoids, found in orange-colored fruits, provide photoprotection to the plants

Xanthophyll is a yellow-colored pigment, and like carotenoids, it gains light to pass on to chlorophyll and protects the structures involved in photosynthesis from the harmful effects of the radiation of light.

Lastly, Anthocyanin, the fourth accessory pigment, doesn’t have an immediate involvement in photosynthesis.

Nevertheless, it captures free radicals acting as an antioxidant and gives color to flowers, fruits, and the red autumn leaves.

Why Plants Favor a Green Front

We see the light in a single white color, but light actually has different colors with different energy levels. The highest level of energy is possessed by green color. 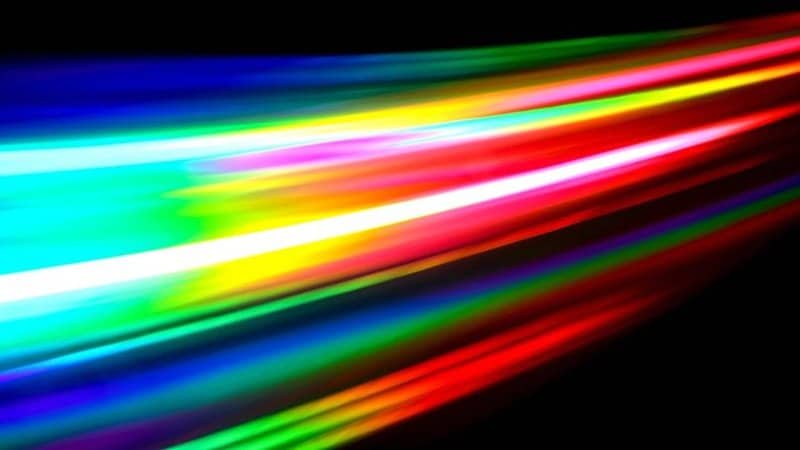 Light is actually made up of different colors with varying energy levels, with green having the highest energy

Plants need an optimum energy level to survive and perform their functions, and absorbing green light will prove harmful to them.

Since plants cannot move from where they’re planted, so they depend upon shade from clouds. However, the clouds do not stay still, and their movement doesn’t guarantee plants’ safety.

Hence, plants protect themselves by rejecting the green portion of light, and by doing so, when the green light is reflected, they put up a green front.

In this way, they look beautiful as well as remain safe.

Chlorosis is the condition in which there is a lack of chlorophyll in plants. This occurs due to poor drainage, damaged roots, pH change, or mineral deficiencies.

Hence, the plant’s leaves appear yellow. Not only will the plant’s color change, but its growth is also affected. 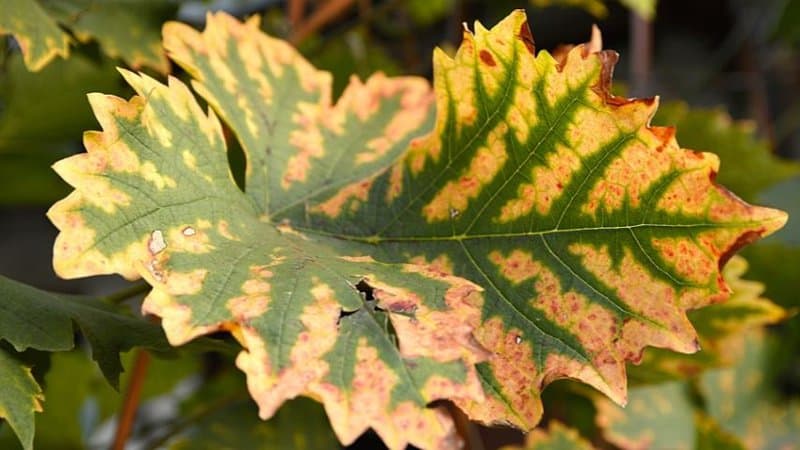 Chlorosis, which is the lack of chlorophyll in plants, causes the leaves to appear yellow

The plant stands stunted and is unable to produce flowers and fruits.

If the problem remains untreated, it can get severe and might as well lead to death. Hence, it is better to take the required action as soon as any changes are observed.

How to Increase Production of Chlorophyll in Plants

Chlorophyll is equally important as water and light for photosynthesis so that the plant can grow at a normal rate, and for the correct amount of chlorophyll to be produced, the plant requires minerals.

Some of the most important minerals needed for chlorophyll production are nitrogen, magnesium, iron, and manganese.

Plants obtain these minerals during water absorption from the nutritious soil their roots belong to.

However, there can be conditions when plants are unable to absorb these nutrients, and this is when spraying fertilizers on leaves turn out to be helpful.

The more chlorophyll the plant produces, the higher it can generate glucose for healthy growth.

What Chlorophyll Degradation Is

Chlorophyll degradation is the process of breakdown of chlorophyll. This occurs at the time of leaf senescence, that is, aging and fruit ripening.

This process initiates senescence which is important as it helps return nitrogen and other nutrients to the environment for recycling.

Moreover, it prevents the accumulation of phototoxic chlorophyll catabolites.

What Else Can Chlorophyll Be Used For

The benefits chlorophyll offers a plant contribute to its development. Nonetheless, this isn’t the only good made out of this green pigment.

Chlorophyll can have multiple health benefits in humans too.

It has vitamins, antioxidants, and therapeutic effects that can ultimately improve health. To consume chlorophyll, the best way is to eat green and leafy vegetables.

A vegetable has more chlorophyll the greener it is. These vegetables contain fiber that can promote digestion.

However, if not the vegetables, there are supplements available for use, synthesized by extracting chlorophyll out of plants. 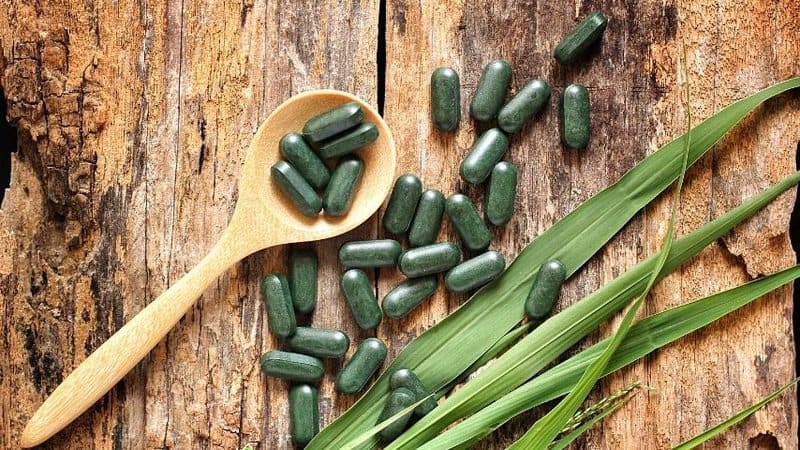 Chlorophyll is always green. However, plants possess different colors as they contain other pigments as well. These pigments absorb different lights while reflecting distinct colors.

Why Is the Rate of Photosynthesis Highest at Red and Blue Light?

The light colors that chlorophyll absorbs best are red and blue. With the increased level of light absorbed, there is enough energy to be used for the metabolic processes.

Why Do Plants Use Red Light?


Conclusion On Why Does Chlorophyll Appear Green

Chlorophyll simply appears green because of the green wavelength that is reflected by a plant’s cell wall.

Read about how plants grow next.