Hydrangeas are flowering shrubs that bloom in the summer and spring seasons. The Hydrangea is a very quick grower and will fill your space in one summer season, attaining a height of 15 feet (4.6 meters).

These shrubs are perennials and grow a variety of flowers in hardiness zones 3 to 7.

Although these shrubs are low-maintenance, appropriate care will keep them blooming throughout the growing season.

Wilting Hydrangeas suggest a fault with the plant’s overall wellbeing, which various elements can trigger. Let’s discuss some reasons that will cause the wilting of this stunning shrub. 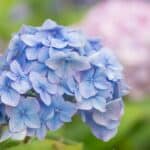 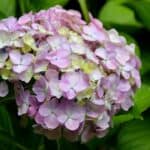 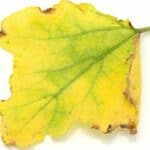 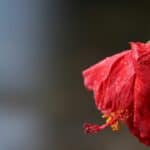 
Why Is My Hydrangea Wilting?

Wilting is characterized by wrinkly leaves and flowers in Hydrangeas. Wilting is visible since it alters the plant’s overall look from vivid and strong to dull and limping. Overwatering, underwatering, extreme temperatures, and cold draughts all cause Hydrangea wilting. Transplant shock, fertilizer issues, and replanting in the wrong season are also to blame. Injured roots and infestation of pests like aphids also cause wilting.

The plants need water to survive. It is essential for a range of physiological events that occur in the plant.

If a plant is not provided with sufficient water, it will end up dying.

Water is a tough factor to work with, but when you’ve perfected it, your Hydrangea will thrive.

Any plant will starve to death if it does not have access to water. Too much of it can cause a similar effect.

Overwatering is equivalent to pushing the plant to consume more water than it can handle.

When you have the Hydrangea in pots, it has got minimal space for absorbing the water. When you give the shrub more than enough water, most of it gets collected in the pot.

This leads to the drowning of roots, and then these drowned roots ultimately rot. Once roots cease to work properly, the whole plant struggles for a lack of vital nutrients and water from the soil.

This causes wilting and, sooner or later, the plant dies as a whole.

Hydrangeas that have been overwatered appear swollen but are spongy when touched. When you notice your Hydrangea is drooping, immediately check water intake.

Underwatering, like overwatering, causes the Hydrangeas to appear limp. The different thing is the plant is brittle when touched due to its thirsty state.

When cells are not adequately watered, they downsize since all of the water contained in the cell’s vacuoles is consumed.

Once there is a water shortage, the roots must work harder to soak up water from the ground.

Therefore, roots are stressed, impairing their capacity to perform ordinarily. The plant limps and may die if the water shortage continues for an extended time.

Hydrangea is vulnerable to severe temperatures. Along with that, cold temperature also leads to problems for your plant.

While you can regulate how much water you offer Hydrangea, regulating the temperature is more challenging.

When you expose Hydrangeas to freezing temperatures for extended periods, particularly near a glass window, the plants will wilt. The plant feels the chilling impact of the draught.

When the coolness becomes too much, it starts to freeze. Frozen cells tend to rupture, which is why a Hydrangea exposed to cold drafts quickly wilts.

Hydrangea leaves take up more water when there is too much heat present in the plant’s environment.

Because water is required to aid such mechanisms, a quick water deficit would impact the plant’s internal systems.

Hydrangeas that have been transplanted usually emerge limp during the first week.

The roots need some time to become accustomed to and assert themselves in the soil. Your Hydrangea’s roots will be stressed after replanting initially.

As a result, water and nutritional transfer become inadequate. The Hydrangea begins to wilt since less water is transferred from the ground surface to the various components of the plant.

Nevertheless, there is nothing to be concerned about transplant shock-induced wilting. The Hydrangeas will usually regain on their own.

Hydrangeas that have been overfertilized will show wilting of their lower leaves.

This is primarily due to a high concentration of dissolved salts in the soil that disrupts the water flow to the root system.

As a consequence, the root system is disturbed. Surplus salt from overfertilization elevates soil pH, destroying some useful microbes.

Pathogens, on the other hand, can grow and contaminate your Hydrangea, thus wilting your plant.

Replanting in the Wrong Season

It is impossible to misjudge the significance of timing in guaranteeing a productive planting path. Your Hydrangea should be replanted at the appropriate time.

If you replant your Hydrangea in the wrong season, it will wilt and die.

Since the plant is not dormant in the summer and spring seasons, all its procedures continue unabated. The roots are growing with full potential.

Therefore, replanting other than these seasons will lead to problems for plants, one of them being wilting of the Hydrangea.

Injury to the Roots

Roots play an important role in the transport of water content and minerals that travel up the plant’s leaves and other components.

If it is harmed, its capability will be compromised, leading to a decrease in water absorption. Your hydrangea plant will then wilt as a result of this.

Roots can be harmed because of a variety of reasons. Mismanaging during potting could be the cause.

It could also be the consequence of overwatering or underwatering.

Pathogens could also be another factor leading to this problem.

Pests are natural enemies of all plants, such as flowering ones. Aphids are among pests that can cause wilting in Hydrangea.

Aphids that are extensively nesting on the undersides of leaves can trigger significant harm since they soak up the sap from the plants.

The sap is essential as it acts as the plant’s blood. It transports key components required by various plant segments, such as minerals,  water, hormones, and sugars.

When the sap is continuously squeezed out of the plant leaves, it causes unstable mechanisms within the plant.

Outside, the yellowing leaves and wrinkly texture of the Hydrangea signify the harm.

To prevent overwatering, it is best to use pots with drainage holes. Drainage holes help to remove the excess moisture that gets into your Hydrangea.

In case you don’t have drainage holes, let the excess water stay. This way, you don’t need to worry if you forgot to water your plant.

When watering the Hydrangea, it is critical to stick to a routine. This is to make sure that the plant gets the water it requires on time.

To save it from dying because of underwatering, give your plant more water during the hot seasons in summer.

Whenever it overheats, move the potted Hydrangea to a cooler location. To prevent sun damage, avoid places where you will be in immediate and continuous interaction with sun rays.

Insulate your plant, particularly if the temperature inside is chilly.

Set up a supplemental light source to provide added heat to the plants. It also aids the leaves in capturing extra energy for photosynthesis, notably in winter.

When removing the roots from the soil, take care not to harm them. Eliminate extra soil by lightly shaking it off.

Place the transplanted Hydrangea in a shady location. Water supply should be plentiful to soothe the roots that are stressed.

Eliminate fertilizer visible to you, try removing as much fertilizer as possible. Pour in water and allow it to drain entirely from the pot to remove the extra fertilizer.

Only employ fertilizer when the plant needs it. You don’t have to add fertilizer if the plant is doing great and seems healthy.

Save Hydrangea Replanted in the Wrong Season

Reduce environmental pressure by putting the repotted Hydrangea in a temperature-controlled room. Water it regularly, but don’t overdo it.

Eliminate extra leaves to sustain the overground foliage adequately from the roots.

You can look at the extent of the injury by uprooting the entire plant. Eliminate the defective sections and place them in a container with fresh soil.

Injured roots struggle to assist the necessities of its top part, so you’ll want to cut them back a little. This way, Hydrangea will use a small amount of water since the transpiration rate has been slowed down.

Inspect the plant frequently and keep an eye out for the appearance of pests in your Hydrangea. Detach them as soon as possible to prevent fast replication.

To remove the aphids, splash the Hydrangea with a strong stream of water. Take care not to harm the other components.

Is it harmful to a Hydrangea if it wilts in the heat and sun for a short time?

Temporary wilting due to heat is not a big problem, and Hydrangea will revive itself. However, if you don’t hydrate your shrub properly and it experiences a water deficit, the plant gets injured and wilts or expire.

When should you be concerned about a wilting Hydrangea?

Hydrangea plant recovers quickly if given treatment on time. However, when the wilting persists despite different treatments, the treatment may be too late. In that circumstance, the plant’s chances of survival are dwindling. So you are supposed to be more concerned and give your plant treatment right away without wasting any time. 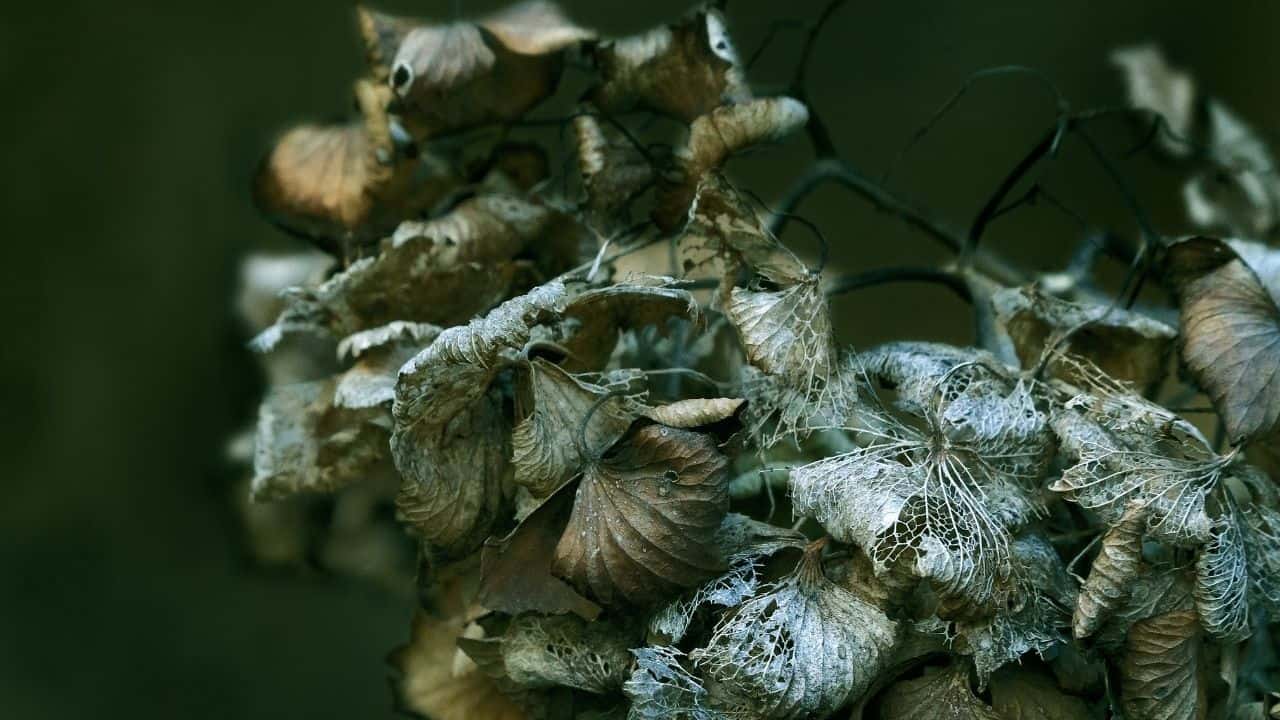