There are more than 200 different Philodendron in the Araceae family according to the University of Florida.

For me, Philodendron birkin is, I feel, one of the most striking of the Philodendrons, having a shape, size, and beauty perfectly suited for decorating your home.

However, by definition, too much of anything is too much, meaning its quantity has edged past ‘enough’ and become problematic.

Philodendron birkin grows both up and across, being equally enthusiastic vertically and horizontally.

Birkin grows at a pretty impressive rate during its growing season but slows down during the rest of the year.

Below, I discuss how fast Philodendron birkin grows and what gardeners can do to support the speed of that growth.

How Fast Does Philodendron birkin Grow? 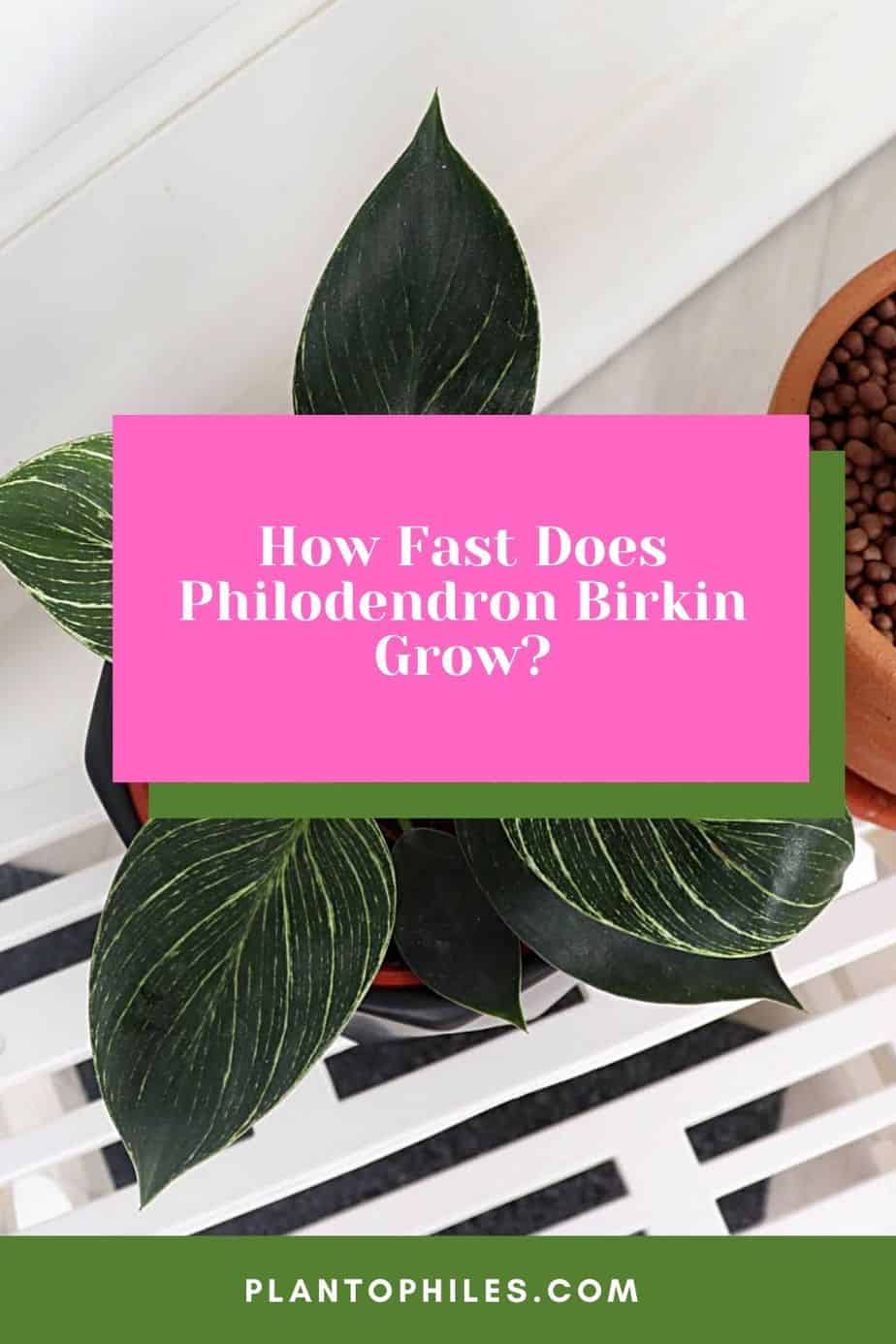 How Fast Does Philodendron birkin Grow

Philodendron birkin is a Speedy Grower

I’m sure the trees wouldn’t mind too much if only Philodendrons didn’t tend to overdo things and end up severely impacting host trees’ ability to get the trees’ own leaves a fair share of the sunlight.

Part of the problem is that Philodendrons spread as if on a dare when given the right conditions.

However, for all that, Birkin is a hybrid philodendron species and is not a tree-hugger.

Birkin is happy to grow to its full size when planted in ground or flowerpot soil, as long as it has the right conditions for its healthiest growth. 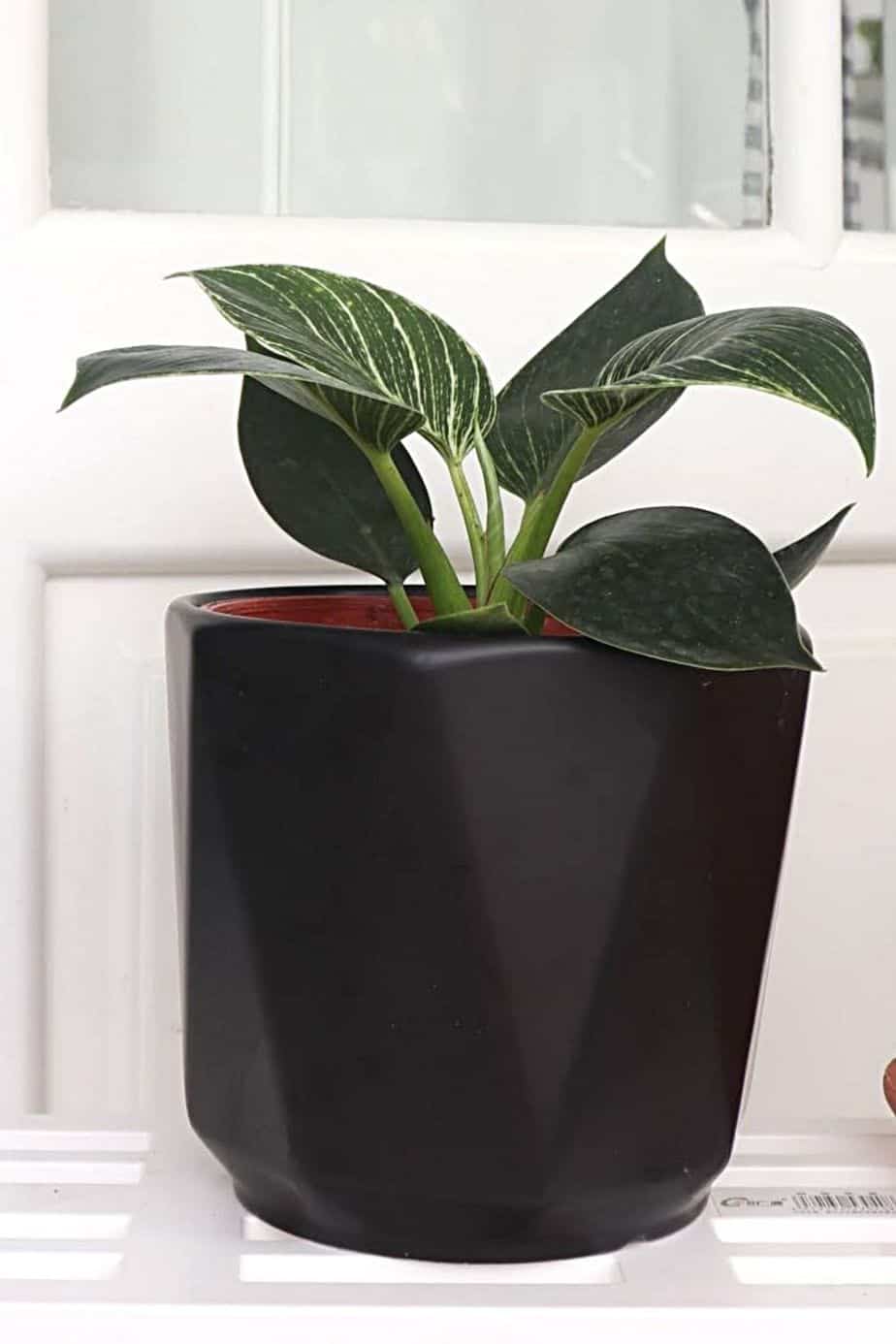 How to Speed Up Philodendron birkin’s Growth

In a flowerpot, Philodendron birkin is allowed to be speedy and aggressive without undue competition, which is why there are all those cute pictures of Birkin happily and prettily sitting demurely in flower pots. 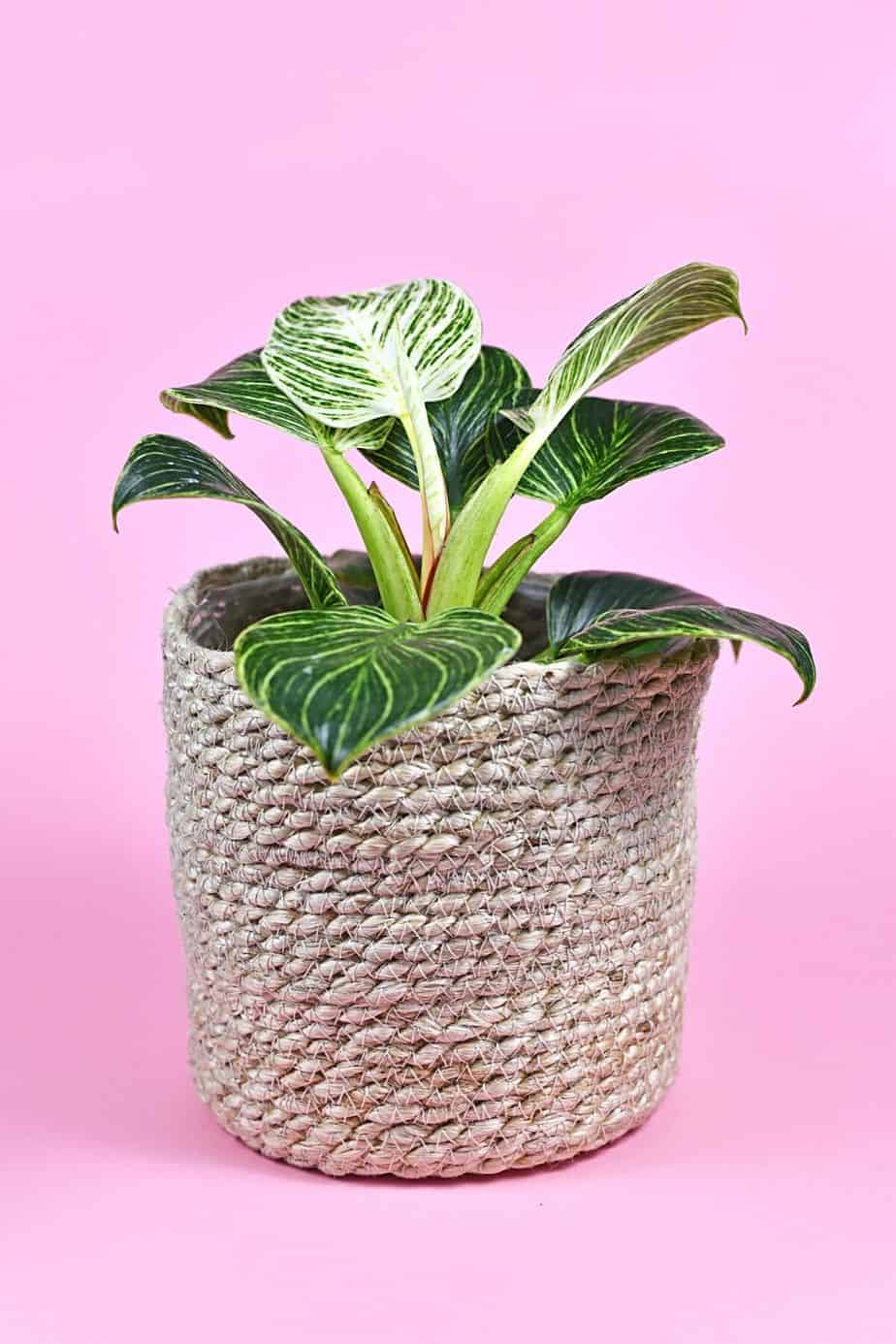 Philodendron birkin’s growth, both in rate and boisterousness, has everything to do with its soil, atmosphere, and lighting conditions.

As I mentioned earlier, all parts of Birkin grow at the same rate.

In a flowerpot, Birkin’s roots are prevented from struggling with the roots of other plants (even other Birkins) for nutrients, and its leaves have the freedom to spread as needed.

This has an impact on the exuberance with which Birkin can express itself via the expansion of its vines and leaf system.

Therefore, planting Birkin in a flower pot is an excellent way to speed up the plant’s growth.

Speed up Philodendron birkin’s Growth Using the Availability of Light

Therefore, to help speed up the rate at which Birkin grows, arrange matters so that the plant gets all the light it needs to encourage its full rate of growth. 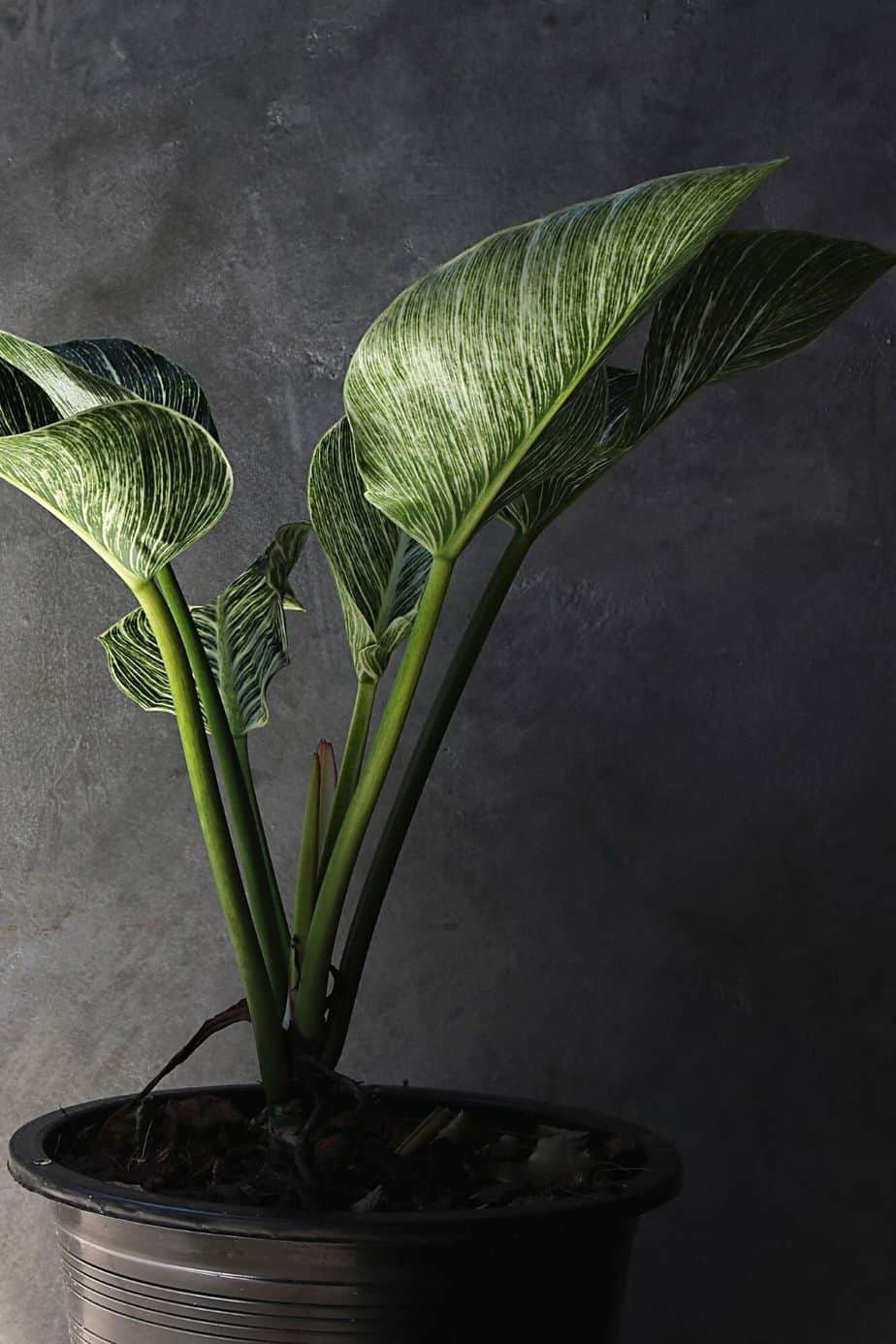 However, be careful to avoid putting Birkin in direct sunlight, because the plant actively hates this and will quickly brown, wither, and if left to its fate, die.

For example, against walls that face away from morning and evening sunlight or that have overhanging roofs or ceilings that ensure the plant will not only never get direct sunlight, but at the same time, the plant should be exposed to strong light.

So, avoid horror-movie dimness, and adhere to a bright and shining example of a sun-kissed, dappled, summer scene from a teen movie promoting a vacation in the Hamptons.

Treat Birkin to the same sunlight you would a fair ginger on a sunny beach.

But I’ve never done it, and the idea springs to mind more as a theoretical possibility than something that I think can be practical, or something I’ve seen, heard, or read of someone doing.

If you’ve been able to pull this off, then good for you; get in touch with me and let me know.

Birkin is a variegated plant with pale green, white, or cream patterns streaked across its broad leaves from its spines outwards.

The green parts of its leaves are the chlorophyll-laden parts that absorb sunlight to help create the plant’s food.

If Birkin gets overly stressed due to poor lighting conditions, the plant may react by simply converting to all-green leaves to combat the dearth of sunlight.

If anything, a poor‑light strategy might backfire spectacularly by discouraging Birkin from speeding up its growth.

The plant would divert its energy resources into growing broad green leaves, and you would miss out on its lovely striations, which play such a large part in the plant’s natural beauty.

Hence, if you don’t want to lose your precious Birkin’s white variegation, take a look at the 5 steps on how to increase its occurrence.

Some wiseacres on the Web assert that by carefully controlling the amount of water in Birkin’s soil, it is possible to boost the plant’s growth.

I dare say that this idea would work if only it wasn’t so ludicrous and wholly ignored the plant’s biology.

Insufficient water will affect the plant’s roots, which will affect its ability to absorb nutrients from the soil. 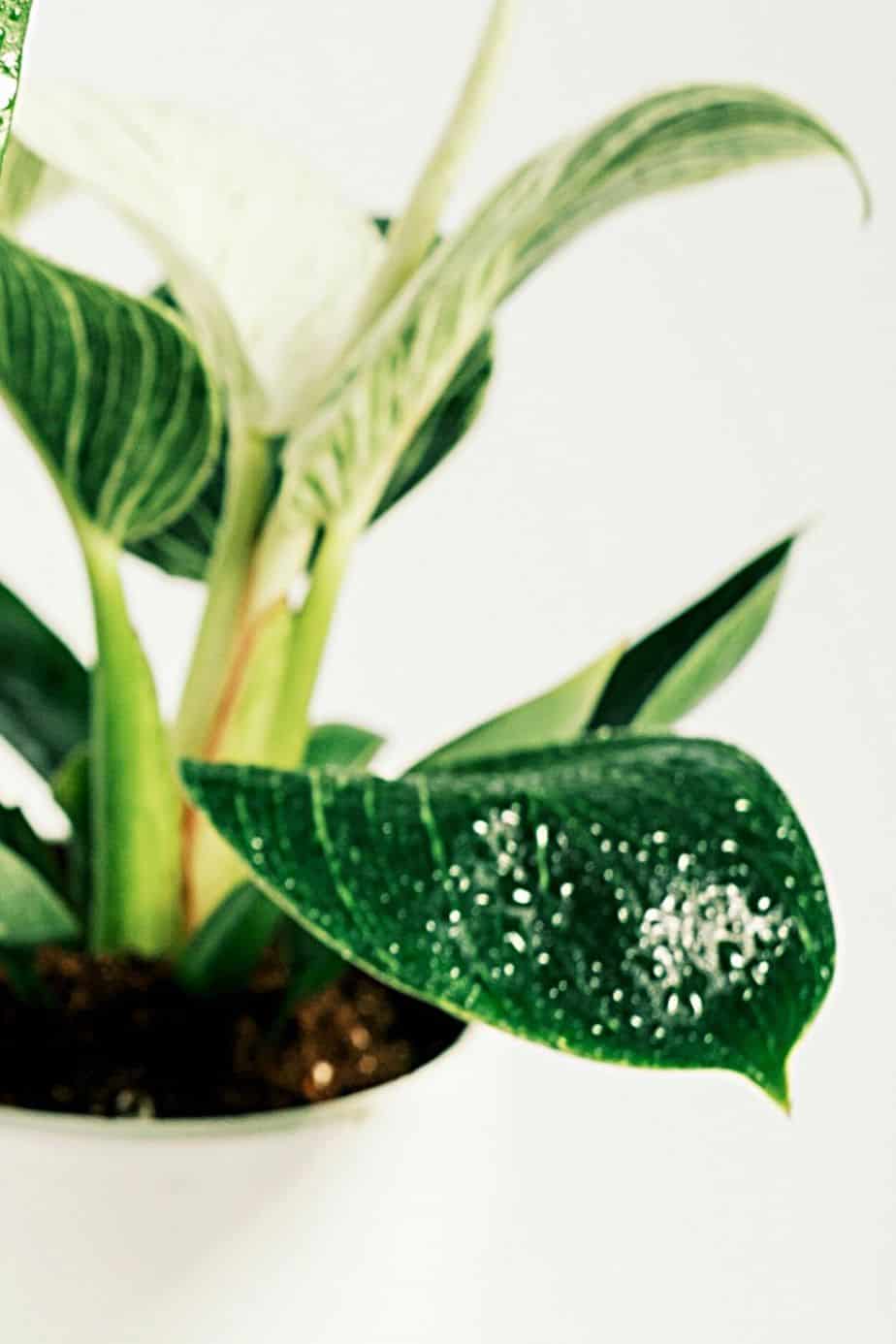 An unhealthy plant with stunted roots, leaves, stems… everything – will be the net effect of its inability to properly absorb its needed nutrients.

Besides, I don’t know about you, but I don’t think gardeners should purposefully deprive living creatures of sufficient food or water. That feels incontrovertibly sketchy to me.

On the other hand, too much water will lead to root rot, and kill the plant.

The solution is, therefore, to deliver water to Philodendron birkin on a carefully modulated, carefully monitored schedule.

Frequently Asked Questions About How Fast Does Philodendron Birkin Grow

What pests can prevent my Birkin from growing speedily?

There is no gardening or zoological literature detailing any pests that explicitly target Philodendron birkin’s growth. However, pests like aphids and mealybugs can affect the plant and its growth. Thus, it’s always best to treat pest infestation as early as possible.

Is there a fertilizer to help Birkin grow faster?

The best way to help Birkin grow faster is to not get in the way of the plant’s already zippy natural growth rate. Unfortunately, there isn’t a specific fertilizer that boosts the speed of Birkin’s growth. But, use it in spring and summertime to bolster your Birkin and support its general health.

Philodendron birkin is a peppy little so-and-so when fed, watered, and lit properly.

The plant grows evenly across its entire being, be that root, stem, or leaf system.

It is possible to slow down the speed with which Birkin grows by not providing the plant with the correct input parameters (light, water, and food), but with a little effort and care, most gardeners would be able to easily provide their Birkin with the right conditions for rapid growth.