Philodendron Brasil, also known as Philodendron Hederaceum, is native throughout much of South America.

It is a hardy and brightly colored houseplant with a pleasing appearance.

Read more about how I care for this beautiful Philodendron.

Philodendron Brasil prefers a well-draining, slightly acidic soil while giving it water when the top inch of soil dries out. Provide bright indirect sunlight. Use a soil mix containing potting soil, peat moss, perlite, and orchid bark. The temperature should be between 60 to 85 degrees Fahrenheit (16 to 29 degrees Celsius) should be maintained. Fertilize monthly during summer and spring and once every 6-8 weeks during the winter and fall. 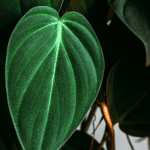 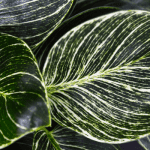 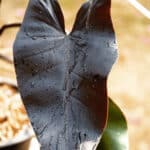 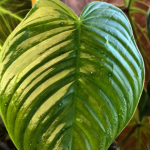 Any potting mix that drains adequately will suffice. Potting mixes are truly limitless, and any combination will suit as long as proper drainage is provided.

I prefer to include perlite or even orchid bark pieces to a nice all-purpose soil mix, or whatever you have on hand, to make the mix very well-draining for my leafy Philodendron Brasil. 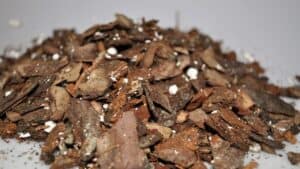 Three parts of all-purpose potting mix plus one part perlite work well for this plant. Other soil mixes that can be used for cultivating are:

When it comes to watering Philodendron Brasil, I prefer to follow my basic procedure for almost all of my indoor plants.

To have a better idea regarding your plant’s watering needs, use your finger to evaluate the dampness of the soil. Extreme moisture is a big no for this plant.

Never let your Philodendron Brasil dry out entirely. If you continue doing this, your bottom leaves will become brown and yellow, and the plant will become leggy.

On the other hand, make sure there’s plenty of drainages and don’t allow this plant to remain in the water for very long, or it’ll rot.

Allowing the top inch of soil to dry out prior to watering again would be a general rule of thumb. As long as you minimize extremes in soil moisture, these plants can withstand a lot of neglect.

Any extra water should be discarded, as wet soil might induce root rot. Make sure your plant’s pot has at least one drainage hole, regardless of the sort of container it’s in.

Even though many Philodendron types are labeled as low-light plants, the variegated Philodendron Brasil will require more light.

They can handle a wide range of lights, but they will perform best if you provide them with bright indirect light, which you may augment with artificial light if your house lacks adequate windows.

The multicolored variety of a plant, in many circumstances, requires more light than the non-variegated species.

If you don’t you’ll lose some of the variegations, which is likely what led you to decide to get this plant in the first place.

Philodendrons prefer strong indirect light overall. A little bit of direct sunlight will undoubtedly improve the appearance of your plant.

Just don’t let your Philodendron Brasil out in the sun for the entire day. They aren’t supposed to be exposed to a lot of direct sunlight.

A bright North window and an East window that gets some early sun would be ideal.

It enjoys it when I put it in a warm area in front of an Eastern-facing window. Even the most recent leaf is entirely multicolored.

Don’t expose your Philodendron Brasil to excessive direct sunlight. If you only have highly sunny Western or Southern windows, you could wish to move your plant to the side or far off from the window.

Another way to filter the sun for highly sunny rooms is to use thin curtains or shades. Eastern windows may or may not be suitable for you, depending on the place you’re residing. 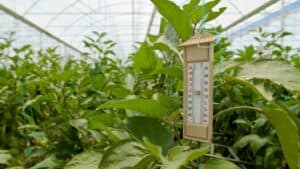 In general, if you are satisfied with your houseplants, they will be as well! Normal room temperatures will be sufficient.

Philodendron Brasil prefers warmer temperatures, and a temperature range of 60 to 85 degrees Fahrenheit is optimum (about 16 to 29 degrees Celsius).

Temperatures below 55 degrees Fahrenheit must be prevented at night (approximately 13 degrees Celsius).

For most houseplants, this is a reasonable general rule. Finally, stay away from any cold draughts.

Philodendron Brasil being a tropical plant loves humidity, but it can withstand the moderate humidity that exists indoors.

A humidity level of 40% will be ideal for your plant.

Fertilize the plant once monthly during summer and spring and once every 6-8 weeks during the winter and fall seasons.

Dull new growth is usually an indication that Philodendron Brasil is lacking in calcium and magnesium, both of which are important micronutrients for philodendrons.

When you find that the Philodendron Brasil requires more watering than before, repot it.

Aside from that, you can replant every two years in the same pot with a diameter somewhat bigger than the previous pot.

Philodendron Brasil grows quickly in the correct circumstances and may need pruning to keep its growth reasonable indoors.

Pruning encourages thicker growth and broader foliage as well. When your Philodendron Brasil is growing strongly, trimming must be performed in the spring or early summer.

Trim any unusually long or untidy branches or have begun to sprout little leaves with a pair of sterile, sharp scissors or pruning shears. Set away the stem cuttings; these can be used for propagation.

Propagating this plant’s pretty simple. Basically, take cuttings from your vines and submerge them in water or straight into the soil.

The nodes are where the leaves of the plant connects to its stem. This is where new shoots and roots will emerge.

Leave the cuttings in the water for at least either one or more nodes. You should also check to see if your cuttings still have one or two leaflets on them.

The optimal time to propagate is during the primary growing season when you will get faster and best results. The months of spring and summer are great.

Because the nodes always have roots, they will grow quickly in water. You can transplant them to the ground they reach the length of 1 inch.

You can also soak the Philodendron Brasil cuttings in rooting hormone and put them immediately in the soil to speed things up. However, the rooting hormone is not required.

Just bury the node by placing numerous cuttings in a pot. Pre-moisten the soil (2-3 parts potting soil to 1 part perlite), then place the cuttings and wet the soil once more.

It’s really as simple as that! To stimulate rooting, maintain the soil moist, and each of the node cuttings will develop a plant.

You’ll need about 6-8 cuttings for a 4-inch container. Don’t just plant one or two since you won’t get a whole plant that way.

You can also obtain a lot more branches if you are using one node cut.

The blooming time for Philodendron Brasil is during spring and summer.

It produces flowers that are white and green in color. 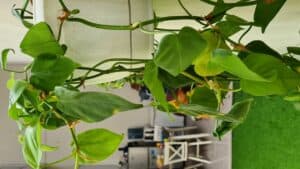 The Philodendron Brasil is a plant that you can hang or place on a table. It can be trained to climb a trellis, a moss rod, a bamboo hoop, or a piece of bark, among other things.

If you’re seeking a plant that proliferates, Philodendron Brasil’s got you on this. It’s grown over 2 feet during the 1 1/2 year that I took care of it.

Its dark green leaves are shaped like a heart and has stripes of lime green throughout.

You will find Philodendron Brasil in 4 to 8 inches grow pots, and they can trail up to 5-7 inches.

This is generally always a minor problem. Because Philodendron Brasil is variegated, it needs more light than his green heartleaf sibling, so consider relocating it; else, it may return to all green.

If your pal has already thrown out a totally green leaf, consider clipping it off at the point where the previous leaf was still variegated.

You can also look at the stem to see whether there is a visible variegation stripe. We’ve tried propagating totally green leaves before and found that the resulting plant is usually reverted.

Typically, this is only a sign that an old leaf is nearing the end of its existence.

If the yellowing is mainly on one side of the plant, it may need to relocate, as concentrated yellowing on one side or on fresher foliage is generally a symptom of too much light.

Yellowing leaves can be a symptom of a more serious condition if they aren’t an old leaf or one section on the side where it receives the most light.

Over-watering is the most prevalent reason in this situation. If the soil is excessively wet, don’t water until it’s completely scorched.

If it’s looking very bad, use paper towels on the topsoil and under the container to remove the excess.

Usually, this is caused by shriveled and dehydrated older leaves. Every spring, we embark on a thorough search around Philodendron Brasil for old leaves to discard.

It’s a good idea to clean up to create a way for all of the beautiful new spring vegetation.

The typical suspects could be to blame, but in our opinion, it’s most often due to vining downwards rather than ascending up, a shortage of humidity, or it needs nourishment.

Give your Brasil anything to crawl on that has fibers to cling on to if everything else is great, but the leaves aren’t quite big enough.

In my opinion, stability plus going up, rather than dangling, results in considerably larger leaves.

Higher humidity also aids in the production of larger leaves. Another cause could be a deficiency of something, but you’ll usually notice other indicators of health problems if this is the case.

Philodendron roots can develop quickly, so lift them out to inspect them if your Philodendron Brasil roots are spreading out of the container.

Transplant it one size larger if it’s root-bound.

If you want Philodendron Brasil to expand out far more, go up two sizes approximately 5cm in diameter to stimulate it to do so.

Philodendron Brasil is developing small leaves; what could be the reason?

It’s likely that your plant isn’t getting sufficient sunlight. Raise the amount of light in your room by bringing your plant nearer to a window.

Why are the leaves of my Philodendron Brasil wrinkling?

If your Philodendron Brasil has been drying for an extended period of time, the leaves may wrinkle, and new foliage may be distorted and unable to develop fully. It is critical to pay close consideration to the moisture content of the soil. Allowing your plant to dry out totally is never a good idea, but you should let the top of your soil mix dry out prior to irrigating once more.

Although this plant appears to be demanding, it really requires minimal care to grow.

You can hang this Philodendron Brasil on the wall, set it on a tabletop, or display it on shelves—anywhere the greenery can fall to the ground.

If you want the vines to grow vertically, you can easily direct them to climb up rods, poles, or whatever else your imagination comes up with.

It’s difficult not to be in love with the Philodendron Brasil’s heart-shaped, shiny green foliage, but it’s the strong stripes of eye-catching golden variegation that frequently seal the sale. 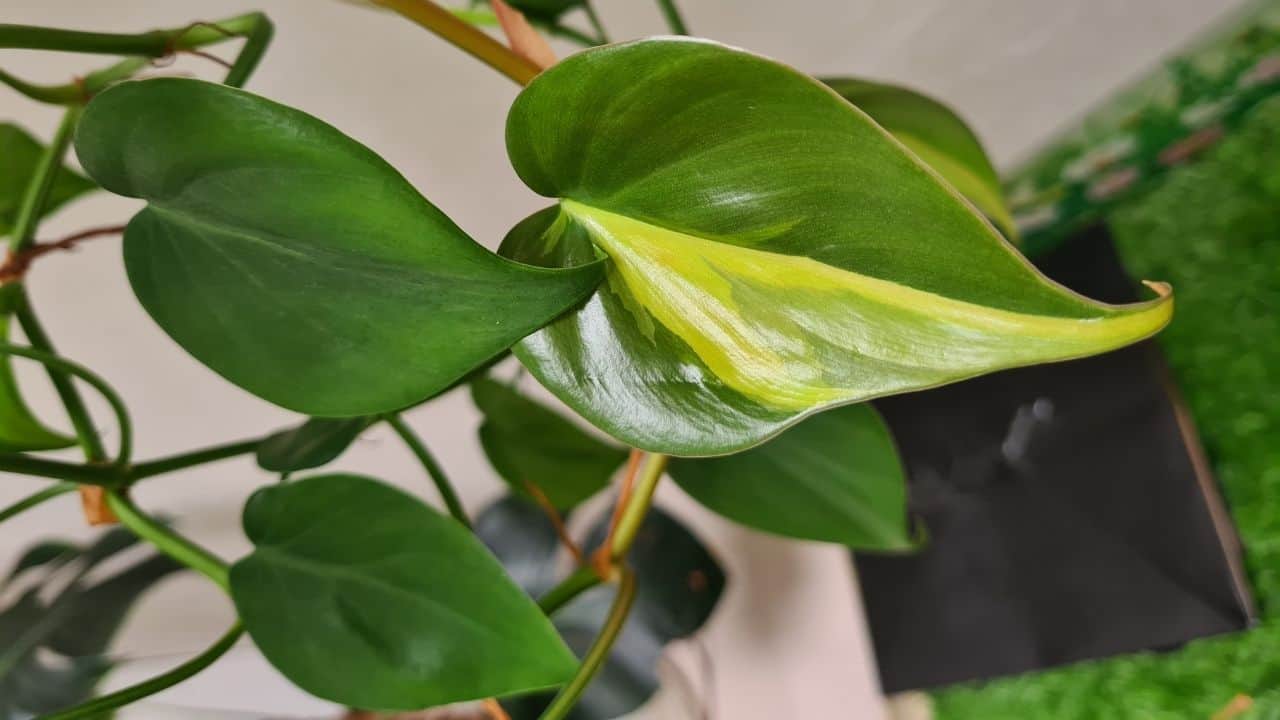