One of the greatest houseplants is the Peperomia plants. With their wide variety of sizes, colors, and shapes, you’ll definitely find one that you love.

Besides having an attractive look, the Peperomia plants also have easy care guides, making them a joy to grow.

These beauties hail from the tropical lands of Mexico, the Caribbean, and the Southern America.

Over 1000 known species are recognized by their thick, fleshy stems that contribute to their excellent drought-tolerant characteristics.

Each Peperomia variety is just as beautiful as the others; however, you must keep in mind your area’s climate when buying any of them.

The good news is that most are fairly easy to manage, but maintaining their ideal settings results in healthier, well-structured growth.

Here are some gorgeous Peperomia varieties you can grow: 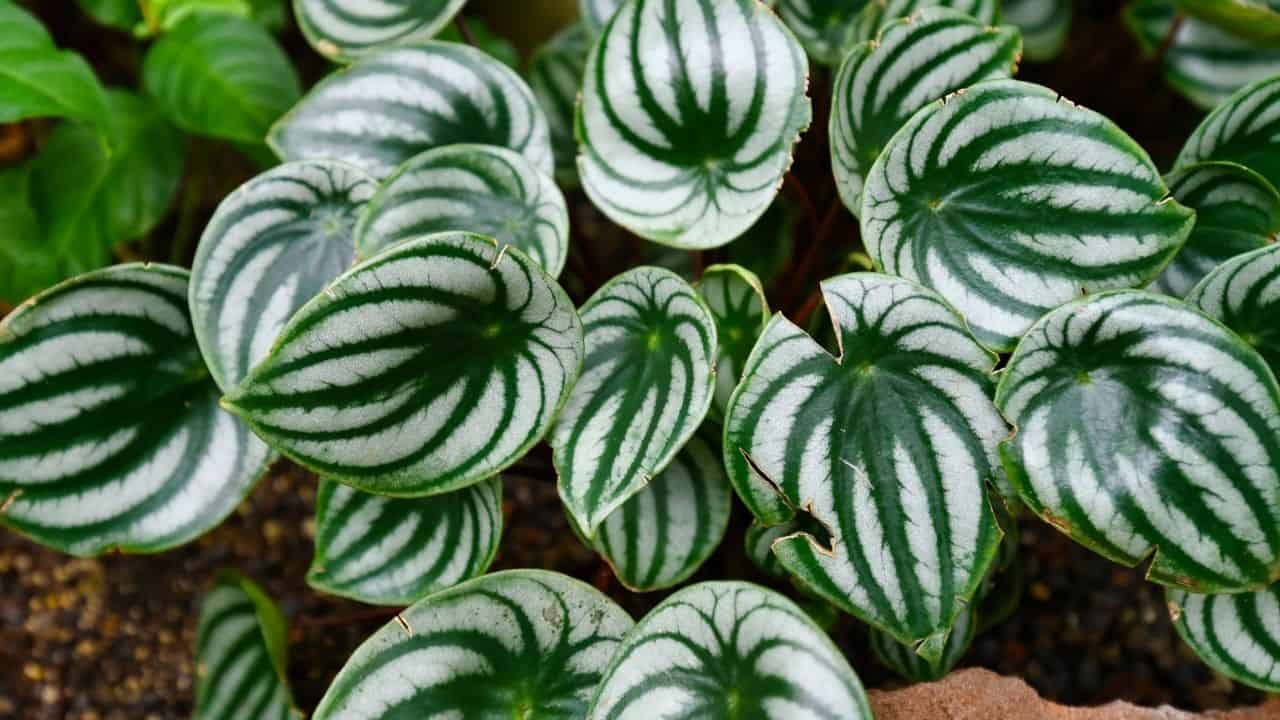 Considered as one of the flashiest varieties, the Peperomia Argyreia is an excellent plant. It is also called Watermelon Peperomia and Sandersii.

It tops the charts in popularity as well as appeal. Peperomia Argyreia showcases glossy green leaves that delightfully evocate the plant’s common name.

The leaves of this beauty have silver veins running all along the center with red stems that resemble the inside of a melon.

Although a joy to grow, Peperomia Argyreia is not for beginners. The plant grows just as well as any other but may take some time to adjust to its surroundings.

For a healthier look, mist the plant weekly and keep in temperatures ranging from 65-85 degrees Fahrenheit (18-26 degrees Celsius). 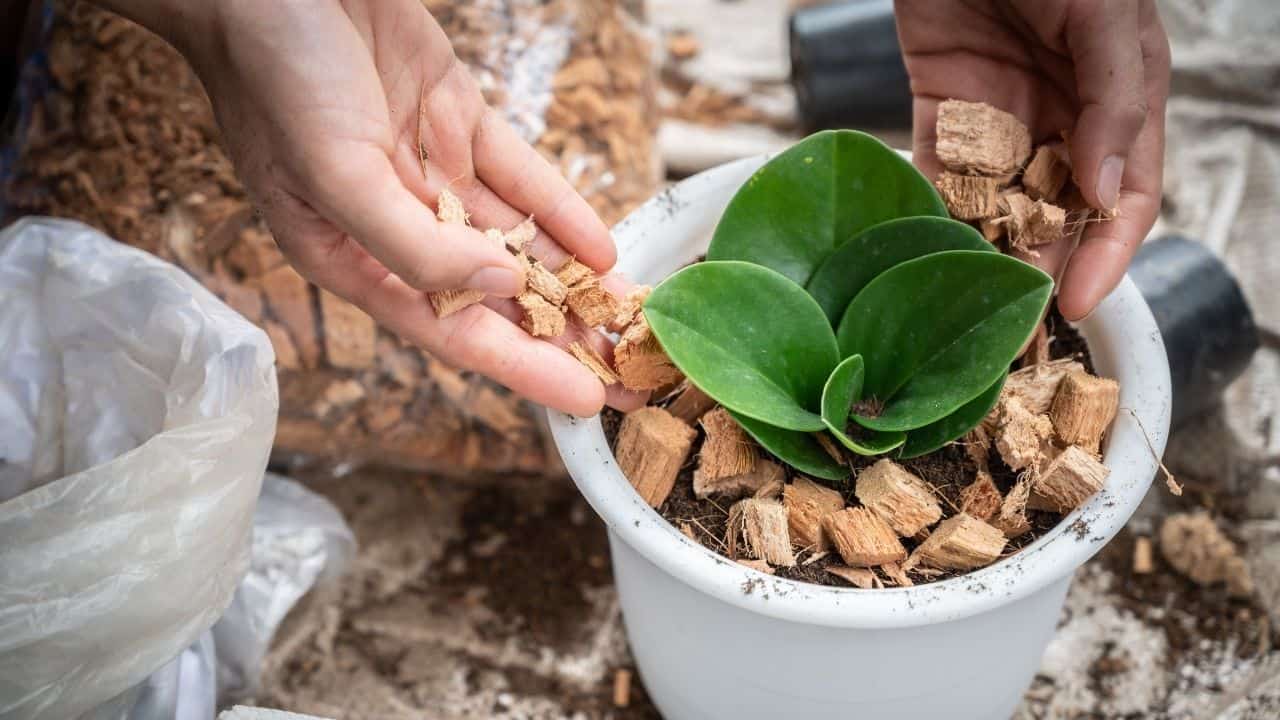 A wonderful addition to your Peperomias will be Peperomia Obtusifolia, otherwise called as the Baby Rubber Plant.

This species has characteristic rounded leaves supported by thick stems often growing in a zigzag pattern. The stems may grow to a foot (12 inches) when given the right care.

It is one of the easiest Peperomias, requiring little care in the form of bright, indirect sunlight and occasional watering. It has quite an adaptive nature, so it also does well in shady spots and dry climates.

To maintain its great look, all you need to do is avoid overwatering and frequent repotting.

Each specimen of this small plant is individualistic, and most types are available in local garden shops.

Apart from their vibrant color, they are also famous for their variegated foliage. 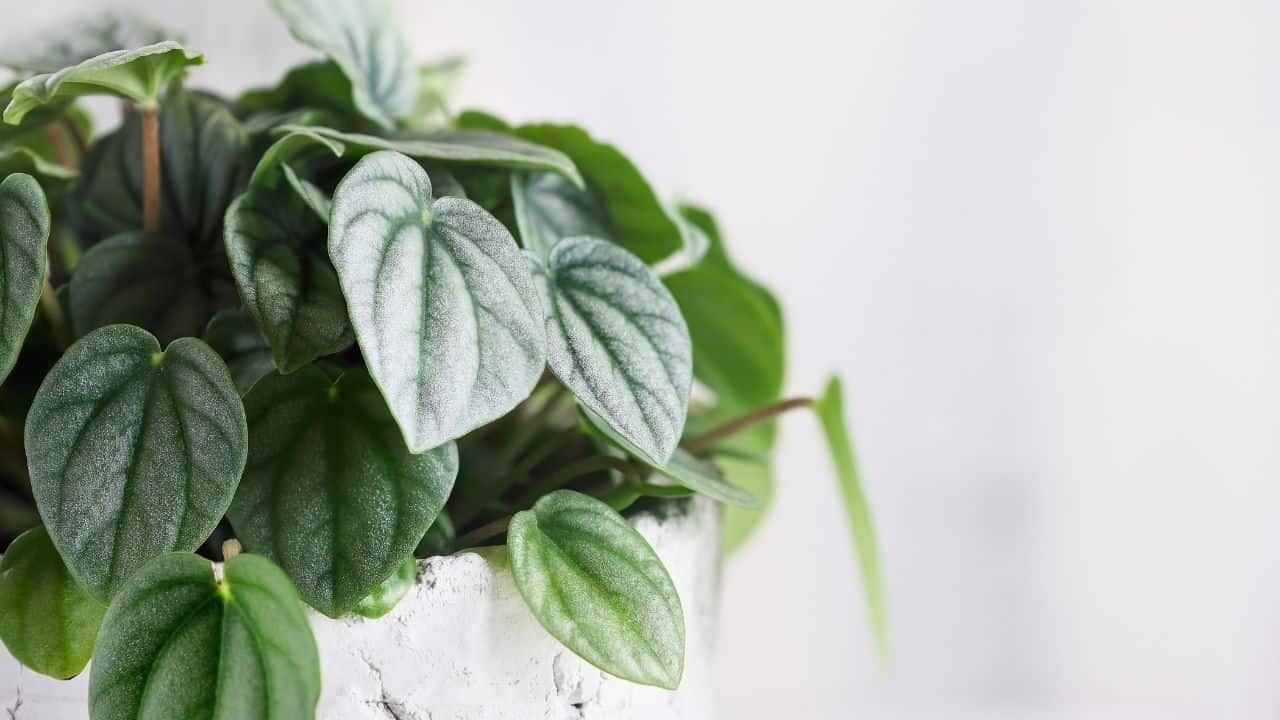 One of the most popular and inexpensive Peperomias is Peperomia Orba. It is a trailing plant that stays upright and fresh all year long, even with minimum effort.

When fully mature, it grows to about six inches (15 cm) tall and six inches wide, so do not worry about it overgrowing your space.

Peperomia Orba is also called Teardrop Peperomia due to its tear-like leaf shape. The leaves are slightly oval at the bottom and harbor fuzzy, crisp indentation all along their ribs.

It rarely gives its owner any trouble unless overwatered. Thus, water only when the soil’s top few inches seem dry.

This lovely plant has hybrids, including Astrid, Pixie Lime, and Variegata.

Indoors, east and south-facing windows work great for this plant. Outdoors, I suggest planting it under a tree’s canopy.

Easy on the pocket and in the care aspect, Peperomia Orba makes an excellent houseplant. 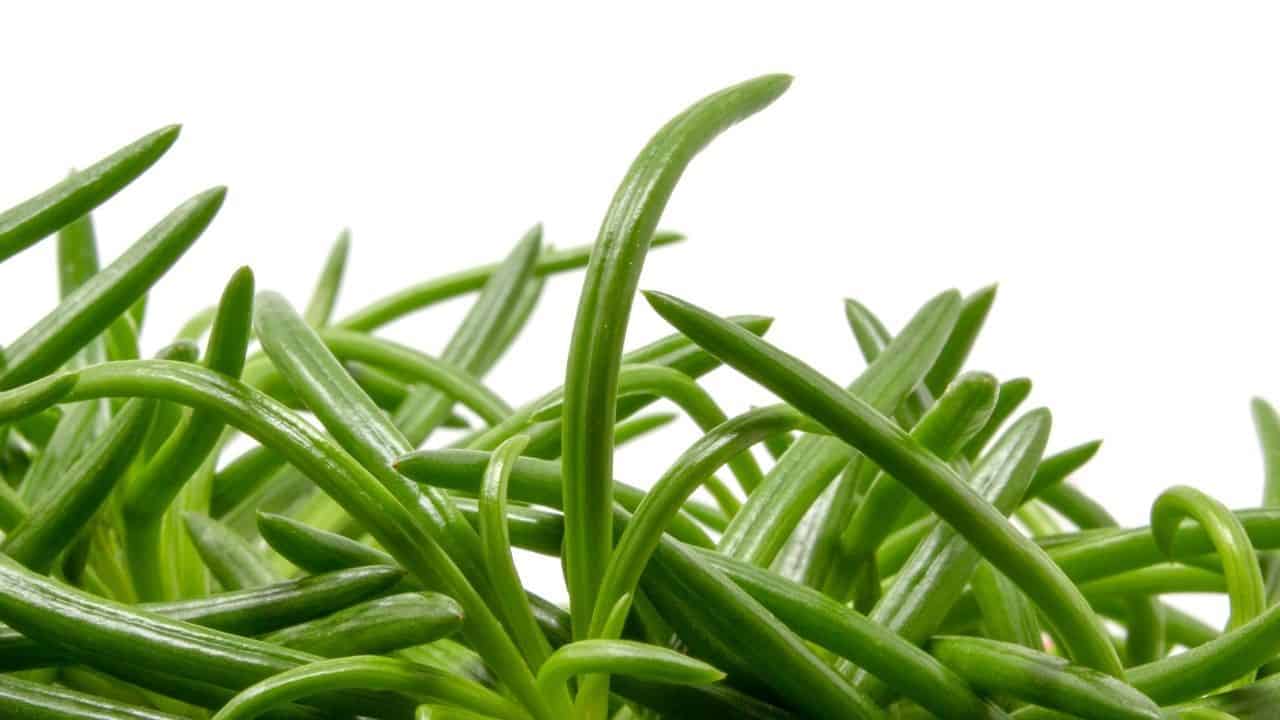 Next up, we have the stunning Peperomia Ferreyrae, also called the Happy Bean Peperomia. It is one of the most friendly and unique Peperomia plants with its small, bean-shaped foliage.

It does exceptionally well in low light as well as low humidity, making it a great desktop plant choice.

Peperomia Ferreyrae is among the succulent Peperomias, hence the considerable low-moisture tolerance.

Its somewhat thick leaves keep it hydrated for long periods. Keep it bright, filtered sunlight, and let it dry between watering for optimal growth.

The Peperomia Ferreyrae has an average growth rate; therefore, you often do not need to prune or repot it. Put in a small pot but ensure that it has well-draining, organic soils, and it will grow just fine.

You can easily find Peperomia Ferreyrae in one of your local garden shops or propagate it at home by borrowing a stem cutting from a friend.

It is a great option to add some diversity to your Peperomia plants collection.

Do not let this plant’s delicate-looking structure fool you. It is among the robust Peperomia variety and grows even in unfavorable settings, hence its unique name.

Botanically, it is known as Peperomia rotundifolia.

Owners rarely have issues with this one unless they leave it in intense sunlight for extended periods. The Peperomia rotundifolia plant then loses its characteristic vibrancy and turns dull.

Apart from keeping it moist, plant it in organic, porous soils for the healthiest growth.

Many consider it a classic vigorous hybrid with fairly greater stardom than its progenitors, Peperomia Quadrifolia and Peperomia Deppeana.

Some gardeners also confuse it with Teraphylla or Pecunifolia. However, if you take a close look at its leaves and do some research, you will be able to differentiate each of these beautiful species. 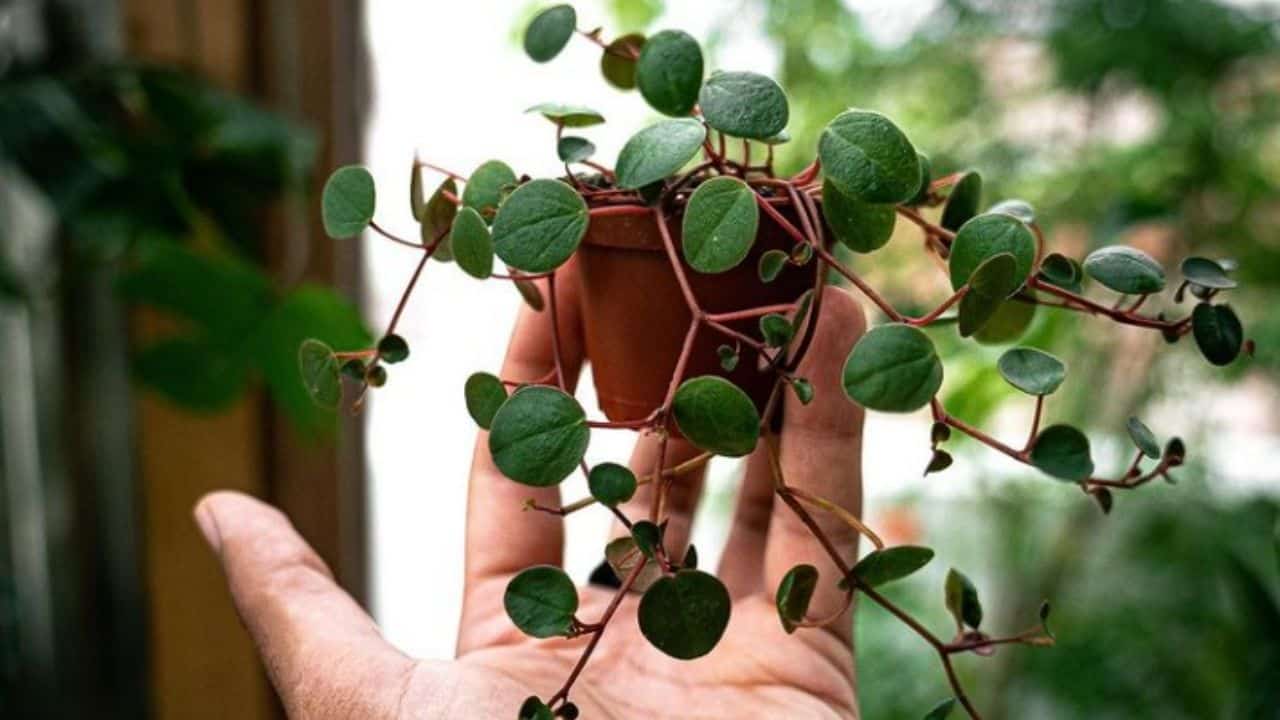 The plant is green from the top and red-hued at the bottom, resembling a colorful painting.

The Peperomia Ruby Cascade has upright stems that topple as they mature, extending to about two feet (24 inches), longer than several Peperomias.

It is also a highly adaptable plant, thriving in low light, moisture, and temperature.

However, growing the Ruby Cascade in its ideal settings results in more vibrant and healthy growth. It prefers bright, filtered sunlight but begins to bleach if put in intense light for long.

If you want it to stretch, put it in low light; it still looks just as good.

Allow the Ruby Cascade’s soil to dry out before watering it again. Similarly, mist the plant only once a week and keep in low humidity. It is widely cultivated in North America. 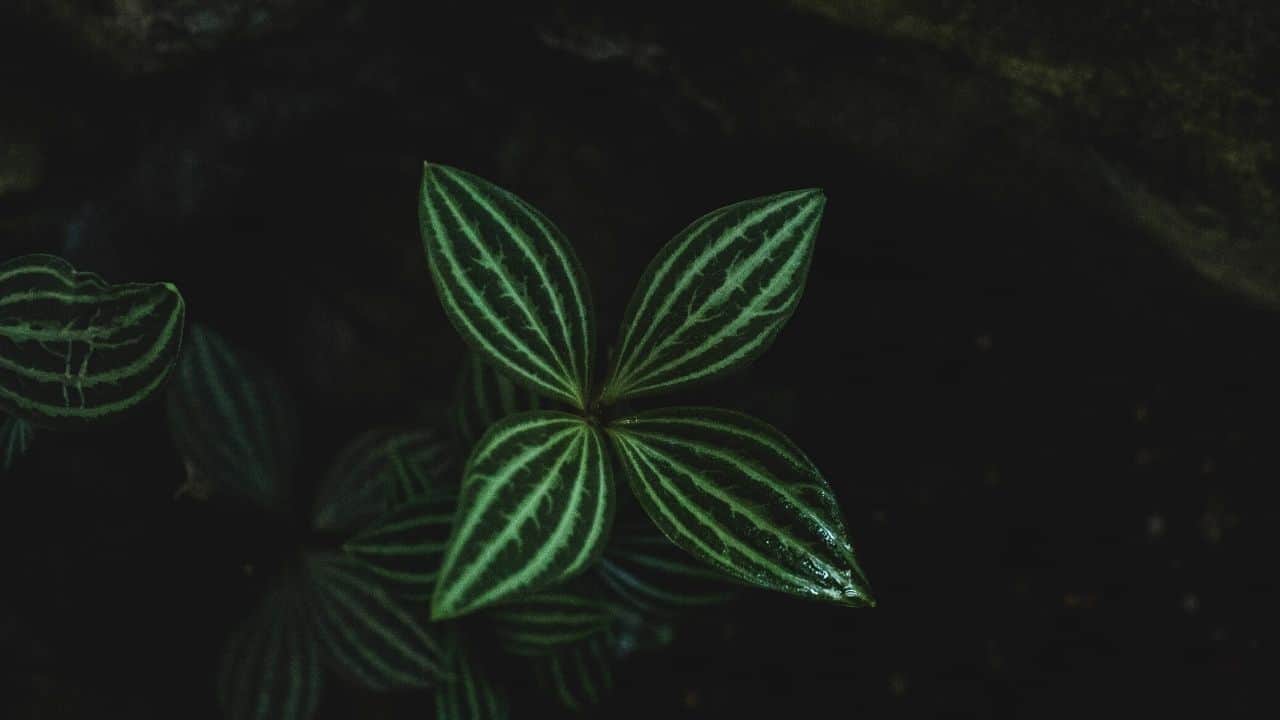 The Peperomia Tetragona, also called Parallel Peperomia, is another beauty you need to add to your collection.

Its almond-shaped leaves with crisp, alternating slender green and off-white stripes make it a treat for sore eyes.

The stripes form a wonderful pattern over the leaf, running all along the midrib. The orange stems further enhance the look.

Peperomia Tetragona is a semi-tropical plant that tolerates moderate to high humidity pretty well. It thoroughly enjoys bright, indirect sunlight but can manage in shady areas too.

Plant it in organic, loose soils for the healthiest growth.

At first glance, it looks like a very high-maintenance, clean-cut plant, a reason why you will see it in many professional settings. However, as it grows, its stems begin to topple, giving it a slightly rough look.

But you can use this to your advantage; either grow it as a manicured straight bush or let it flourish as a hanging plant.

In the recent years, Peperomia Tetragona gained a lot of popularity due to its attractive looks. To add some sophistication to your space, bring one of these homes today. 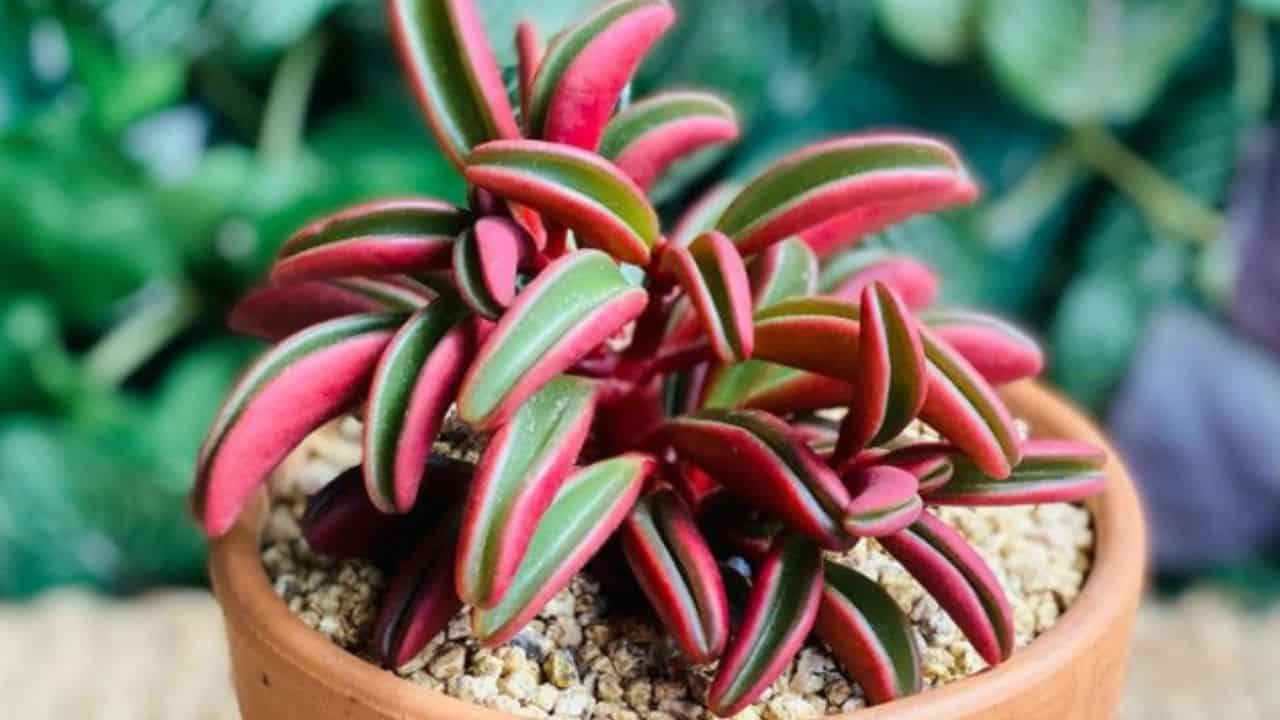 The Peperomia Graveolens, also referred to as Ruby Glow, sometimes is one of those plants you want to bring home the moment you see them.

It is often recognized pretty quickly due to its thick, canoe-shaped foliage and vertical growth pattern. Although it looks fancy, Peperomia Graveolens is fairly easy to look after.

However, two things to keep in mind are to plant it where there is ample indirect sunlight and moderate humidity. If left in standing water, its roots quickly begin to rot.

Initially a rare plant, it is now frequently produced in masses. Moreover, Peperomia Graveolens is a fast-grower but remains considerably small even when fully mature.

Its rat-tail flowers may give off an earthy odor, so if you are not a fan of fragrances, you might not like it as much as the others. 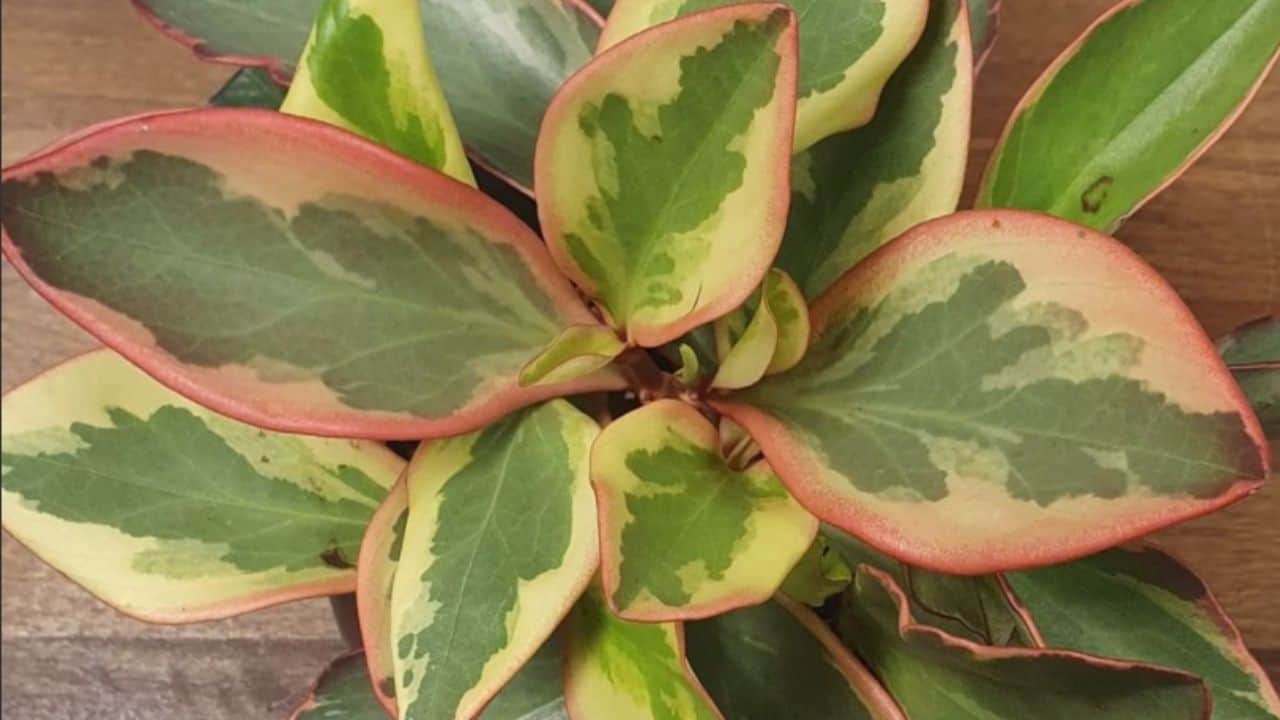 Another excellent choice is the Peperomia Clusiifolia, also called the Red Edge Peperomia. This is a compact tri-colored plant with similarities to Obtusfolia.

However, the former has more wavy and elongated leaves than the latter.

This variety is pretty good for beginners as it has the typical care routine of a succulent. Indirect sunlight, occasional watering, and low to moderate humidity are some of its needs.

For those who like strong coloring, put this beauty in the brightest spot in your house.

This plant produces some muddy tinting and has a somewhat messy growth pattern. But despite these not so elegant characteristics, it is loved by several plant enthusiasts worldwide.

Its wacky leaves with pastel coloring are another prominent, highly liked feature.

The Red Edge Peperomia is pretty easy to find and will fit your Peperomia collection well. Its common names include Ginny Peperomia, Jelly, and Tricolor Peperomia. 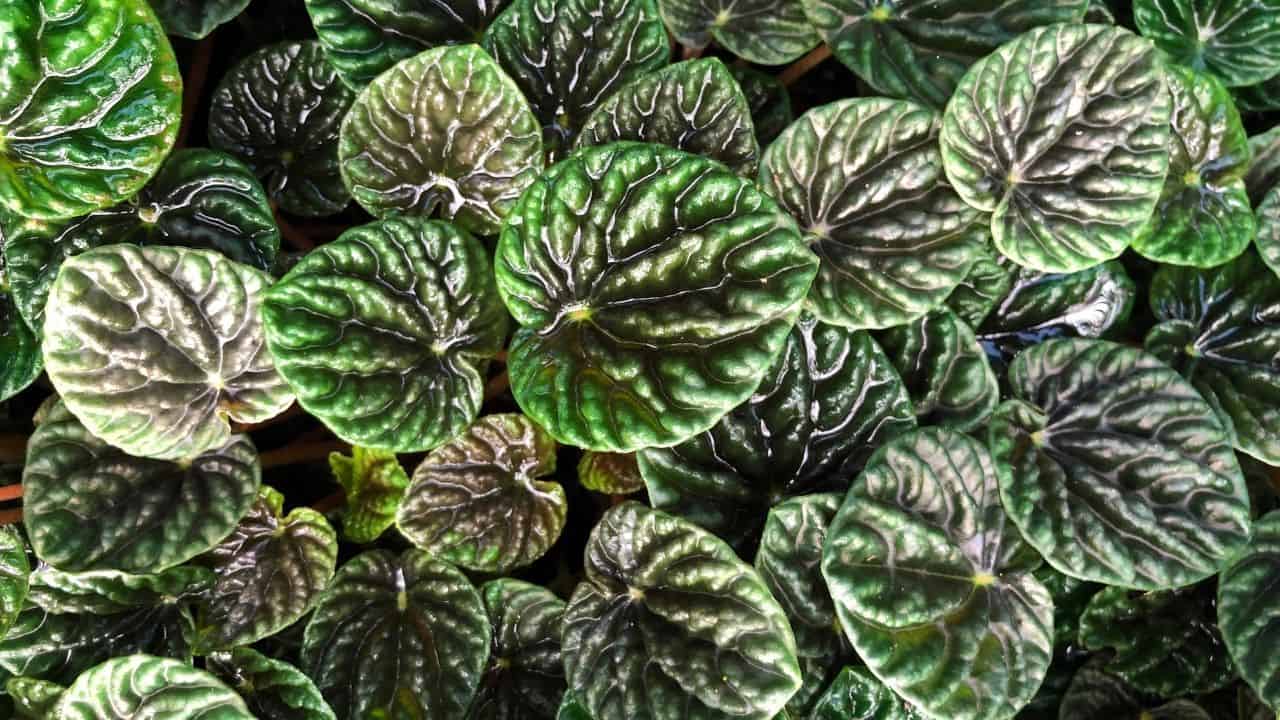 Another wonderful choice is the Peperomia Caperata, nicknamed Emerald Ripple. Its color is so vibrant that you will be confused if it is real or artificial at first glance.

This bold-colored plant has significantly textured, corrugated leaves and an overflowing growth habit.

It is one of the oldest Peperomias and has since been used to produce many hybrids, all featuring red, flashy tones. Other than its shade, many cultivars highlight its fancy, rat-tailed flowers.

The Peperomia Caperata has a detailed classic look with a compact structure. It is semi-succulent and appreciates high humidity and low light, making it an excellent desktop plant.

The Peperomia plants are a good choice for a significant number of reasons, including the following:

Some of the Peperomia groups you’ll commonly see include:

The Peperomia plants are a great way to improve your space’s overall look.

Peperomias make gardening a rather fun task. With its great number of varieties, there’s a Peperomia for everyone.