The Peperomia axillaris, also known as the Taco plant, can be found in the Andes. This plant is a succulent that doesn’t take up much space and stays small.

With its taco-like leaves and cute nature, it will catch the attention of the guests that visit your house.

To care for Peperomia axillaris plant it in airy soil, which will prevent root rot. Bright indirect sunlight is best. Water when the top 2” of soil are dry (5cm) about once a week. The ideal temperature is 60 to 80 degrees Fahrenheit (15 to 26 degrees Celsius). 40 to 50% humidity is preferred. Use diluted fertilizer for succulents once a month in spring and summer. 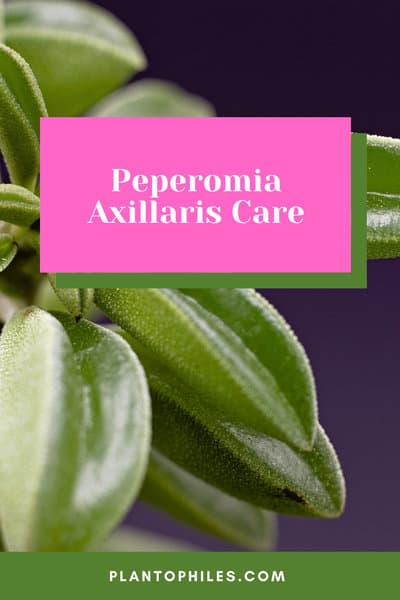 The Peperomia axillaris is not a very demanding plant, so for the soil, an airy soil with good drainage will be good enough.

Peperomias are used to the uneven soil structure of the jungle and like to climb a bit, so they don’t mind a potting mix with a rougher nature.

Good drainage is also important to prevent root rot, you can avoid this by adding perlite, which will create more air in the soil.

Filling the pot’s bottom is another method with a layer of hydro granules. 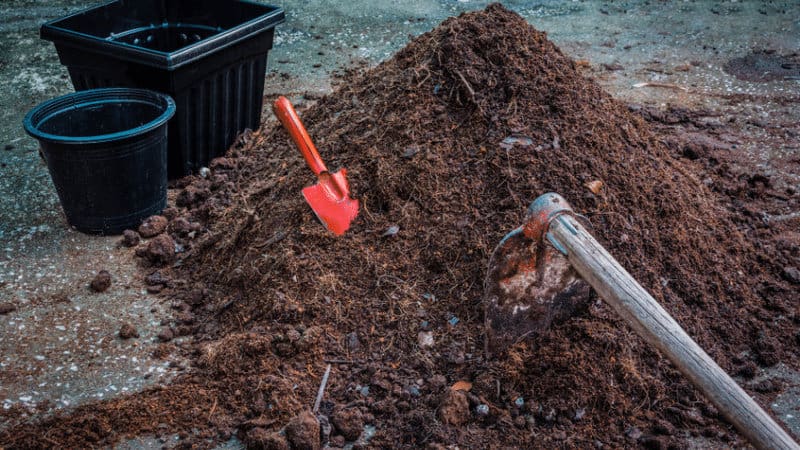 The Peperomia axillaris grows best in bright indirect light. Light is something this plant likes, even the sun is quite alright.

However, it’s still a plant that’s not used to having sunlight all day long, so if you really want your Peperomia to have some sun, do it only in the morning.

In the afternoon, the sun is too intense, so avoid direct sun or the leaves will burn.

This plant is a succulent, so it doesn’t need a lot of water, but it still wants more moisture than most succulents.

You can let the soil dry out, but unlike other succulents, it doesn’t like it when it stays dry for too long.

Instead, let the soil dry out first. Sometimes, the upper layer may seem dry, but that doesn’t mean that the whole soil is in need of moisture.

You can check if your plant needs another shot of water by sticking your finger in the soil. If it feels moist and your finger is covered in soil, it doesn’t need any water yet.

The best way to avoid overwatering is by placing your plant in a pot with drainage holes, and water it until the water flows out of the drainage holes.

After that, remove the excess water.

Although the Taco plant originates from South-America and is used to high temperatures, it’s quite content with room temperature between 60 to 80 degrees Fahrenheit (15 to 26 degrees Celsius).

The only thing that you would want to avoid is severe temperature fluctuations, that can be caused by radiators, aircons, open windows, etc.

With humidity, the Peperomia axillaris shows once again that it’s not a difficult plant to care for.

Its natural habitat is the jungle, so it’s used to tropical climate with high humidity, but unlike other plants (looking at you, Calathea) their leaves won’t turn brown when the humidity isn’t high enough.

The ideal humidity would be around 40 to 50%, but they can also perfectly manage in an environment that’s a little bit dryer.

Fertilize Peperomia axillaris once a month in spring and summer.

It’s best to add fertilizer when the plant is in its growing period (spring-autumn), according to instructions on the package of the product.

If you don’t have fertilizer that’s meant for succulents, you need to dilute it or else it will be too strong.

Use of the product is not encouraged more than once each month. During the wintertime, it doesn’t grow as much, so it’s better to not add anything.

If you think that your plant looks sad and could use a boost, add the fertilizer with caution.

Dilute it even more, or it will be too much for your Peperomia to handle and the plant can die. 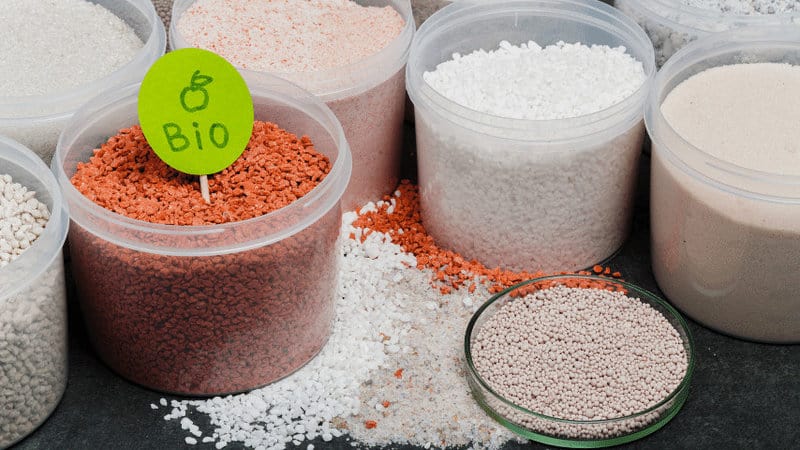 You can propagate the Peperomia axillaris in two ways, with a leaf cutting or with a  stem cutting in either water or soil.

Step 1: make sure your knife or scissors are sterile.

Step 2: take a stem cutting (1 to two inches or 2 to three centimeters ) from the mother plant.

If you want to propagate with a leaf cutting, you can do this by cutting it off the stem.

Step 3: for water propagation with a stem cutting, remove a few of the lower hanging leaves so they won’t touch the water, and place the stem in a jar made of glass.

It’s also possible to propagate the Peperomia axillaris with a leaf cutting in water. In this case, you will have to place the area with the small stem attached to the leaf in the water.

If you want to use soil instead of water, make sure that you’re using a pot with drainage holes to remove excess water and avoid root rot.

Make a hole in the soil and put the stem cutting in it, don’t push it straight into the soil,

or else it will be too difficult for the pups to reach the surface and they might die off before getting there.

Instead, place the cutting in the soil more diagonally, and in such a way that the leaves can rest on the rim of the pot.

With a leaf cutting, you’re going to put the leaves with their little stems in the soil of the pot.

Step 4: Place the cuttings in bright and indirect exposure to  sunlight. Refresh the water two or three times a week if you’re using water propagation.

With soil propagation, make sure that the soil doesn’t get too dry, it’s important everything stays moist.

Don’t use too much water, or you’re going to cause your cuttings to rot.

Step 5: In a few weeks, you will see root growth happening in the water. Let the roots grow until they are a few inches and place them in soil.

Starting from four weeks, little pups might start popping up.

The Peperomia axillaris does flower. Very little yellow flowers, with no scent, will grow on their stalks.

The chance for them to flower when you’re keeping them as a houseplant isn’t that high (flower stalks will still grow),

and if flowers appear, they usually don’t last longer than two weeks. 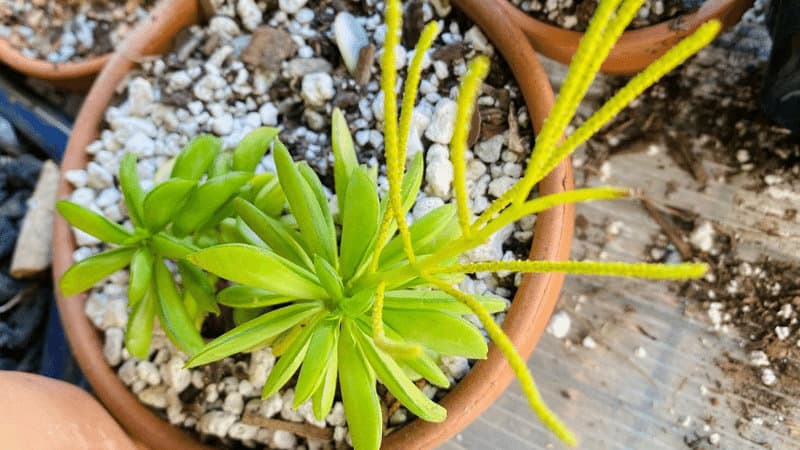 This plant is a slower grower, and neither will it get big or high (around 10 inches or 25 cm).

Peperomias are known for their fine roots, so it takes a while for the roots to fill up the whole pot.

They also want to stay in the same pot for a long time, they like to be root bound. It’s not necessary to repot the plant more than once every two-three years. 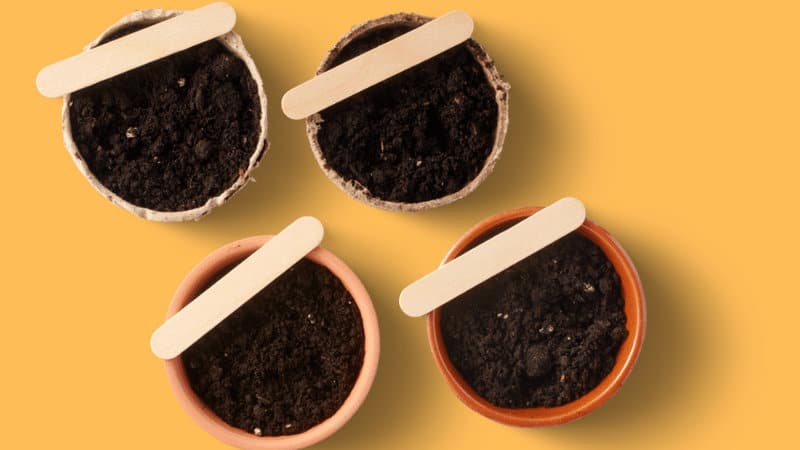 Peperomias want to stay in the same pot for a long time, they like to be root bound

Is the Peperomia axillaris poisonous for pets?

No, the Peperomias Axillaris is known as a pet safe plant.

What do I need to do with the flower stalks of the Peperomia axillaris after blooming?

The flower stalks of the Peperomia axillaris will fall off after they dry up. You don’t need to remove them. Of course, you can cut them off if you want to, but make sure to use a sterilized knife or scissors and cut as low as you can.

I don’t like flowers, can I just cut the Peperomia axillaris’ flower stalks off?

The Peperomia axillaris will definitely catch your guests’ attention because of its small and cute appearance. Its low demanding nature makes the ideal plant for first-time plant parents

If you already have too many plants or not that much space because you live in a small home, the compact size of the Peperomia axillaris would make it a great fit.