Peperomia Tetragona Care from A to Z 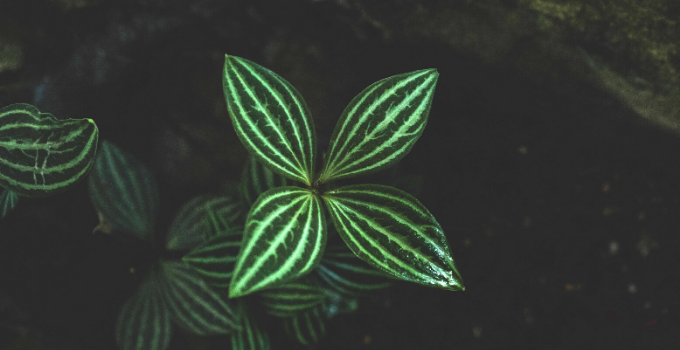 Peperomia Tetragona (Parallel Peperomia) was once called Peperomia Putoelata, belongs to the Piperaceae family according to earth.com. It is famous for being a perennial plant that will thrive in your garden for years.

There are thousands of sub-species of this family that is grown in tropical and sub-tropical regions. Peperomia Tetragona will be very suitable for an apartment if you don’t want your houseplant to take up space.

Peperomia Tetragona is not very picky when it comes to its care. Peperomia Tetragona prefers indirect sunlight spots where moderate humidity (greater than 60%) is available. It loves to be watered deeply, so use a peat-based mixture that is well-drained. Keep the temperature maintained from 65 to 75 degrees Fahrenheit (18 to 24 degrees Celsius) as a drastic change in temperature would affect the growth.

Peperomia Tetragona originally lies in South America; they can be grown as an indoor plant or outdoor garden plant. Tetragona likes living in greenhouses, windowsills, conservatories, but it’s also known to flourish in a terrarium.

Peperomia Tetragona tends to grow in the upwards direction and grow in trailing order where they hang onto the roots of other plants or the rocks present on the ground.

It has beautiful foliage with unique patterns, which makes it a decorative houseplant to keep. Although Peperomia Tetragona flowers are not as attractive as the foliage, it’s still loved by many plant collectors. 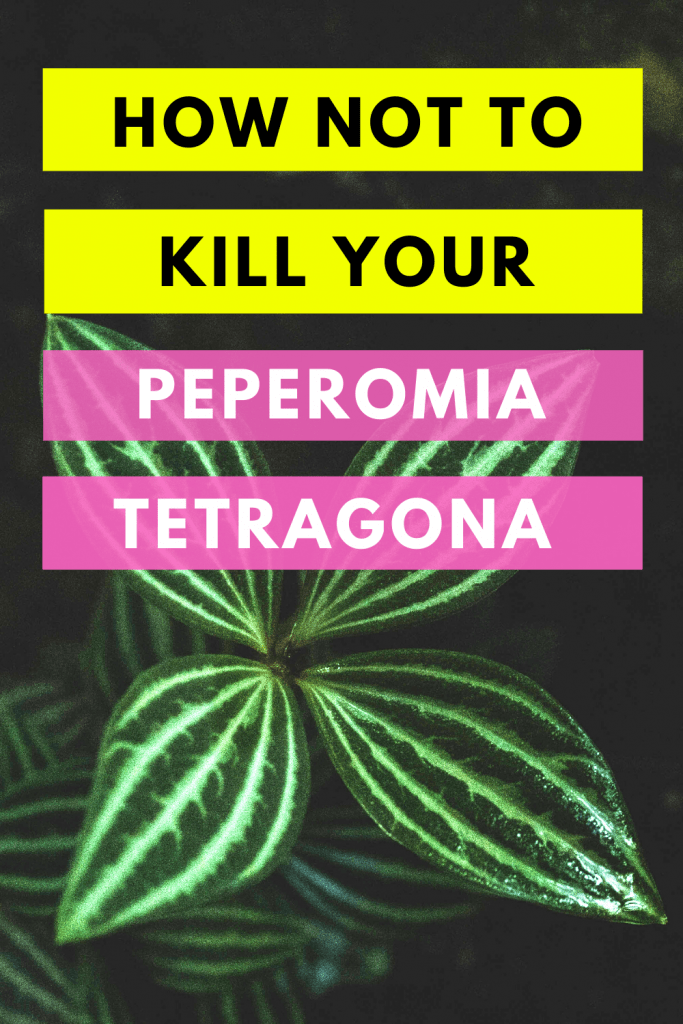 Peperomia Tetragona loves moisture, so a well-drained soil mixture is to be used. The best soil mixture would be an organic potting mix or a peat-based potting mixture where the peat ratio to perlite is 2:1. Perlite is used for air ventilation for the roots to thrive.

The ideal soil for the Peperomia Tetragona is the one that allows the retention of the water, keeps it moisturized, and allows sufficient drainage.

Another recipe is fine gravel combined with other materials, for example, manure and topsoil. The soil pH must be slightly acidic (6.1-6.5) to neutral (6.6-7.3).

It’s better to be cautious not to over-water it; otherwise, Peperomia Tetragona would become prey to root rot. Please do not delay watering as this plant would wilt quickly. If there is any extra water in the pot or tray, drain it to the sink.

It is best to water it moderately in summer and spring but withdraw it in fall and winter. Misting can also be done during the dry season.

Peperomia Tetragona hates cold spaces, and direct sunlight, so partial shade to partial light is the best option for this plant. Direct sunlight would burn the leaves down and would also cause wilting. A cold environment would do the same.

If Peperomia Tetragona is growing slowly, it’s better to expose it to indirect sunlight for a few hours to help it grow well.

Another solution for the right amount of light would be fluorescent light, especially in working offices, to provide a perfect environment. The ideal windows would be east-facing or west-facing windows for most of the year.

Be wary of any drop in temperature; otherwise, the Peperomia Tetragona would start wilting. Don’t put it near open-window or cold drafts; I recommend choosing a spot where the temperature is constant.

Peperomia Tetragona can withstand high humidity, considering they have a high tolerance rate. It requires a moderate air moisture level, ranging from 60%-90% in the morning, while at night, it needs from 70%-90%.

Peperomia Tetragona enjoys being fertilized regularly. The fertilizers are to be in an equal ratio of 20:20:20 (Nitrogen: phosphorous: iron or potassium), but I would suggest diluting the fertilizer to half its strength.

Peperomia Tetragona would show its proper growth when it is fertilized every two weeks in summer and spring. Later shift to fertilizing it once a month during winter and fall. Be cautious enough to apply the fertilizers on the soil surrounding the roots and not onto the leaves.

Always try to be extra careful when repotting Peperomia Tetragona because the roots can quickly get damaged. The pot should also have effective drainage holes to drain away extra water or any moisture trapped.

Pruning Peperomia Tetragona should be done often, especially when they are mature in spring and summer.

Peperomia Tetragona pruning is recommended from the plant’s base, but it can also be done anywhere along the stems. Pruning would make your Peperomia have a beautiful full-grown appearance that lavishes the house with beauty.

The flowers don’t have any specific scent, and they are small in their size, mostly below 1 inch. Remember that indoors; Peperomia Tetragona would rarely bloom.

Peperomia Tetragona has an attractive white strips pattern on dark green foliage while the stems are found in reddish-maroons transition. The leaves are present in an oval shape and can grow up to few centimeters in length, while the branch can grow up to 16 inches long (45 centimeters).

Mealybugs are small insects with a similar look to cotton as they are white in color and fuzzy in appearance. Their specialty lies on their protective layer, which covers the body and their mouth, which have needle-like teeth for sucking out the plant’s nutrients.

They suck the fluids from the stems and the leaves of Peperomia Tetragona and leave behind sugary content called honeydew, which becomes a perfect medium for the growth of sooty mold. Sooty mold interferes with the growth of the plant and prevents it from photosynthesizing.

Mealybugs can be controlled with rubbing alcohol and a cotton swab; dap the mealybugs with the alcohol. I would prefer it to do it regularly until Peperomia Tetragona is cleared from them. I would also use the help of neem oil on Peperomia Tetragona.

If the infestation is high, I would then use insecticides or insecticidal soaps for their removal.

Wilting or browning of the leaves is the sign of over-watering or providing no water at all. This could also be the result of root rot. Peperomia Tetragona has to be watered precisely and regularly. If Peperomia Tetragona is underwatered on a regular basis, it would have dried leaves or wilt. The solution to this issue is to follow a steady water schedule.

But suppose the soil is over-watered and roots show no sign of being recovered. In that case, it’s better to carry our propagation via stem cutting and grow a new Peperomia Tetragona in a fresh potting mix.

Try to remove stones or other objects from the ground that can serve as a hiding spot. Spread diatomaceous earth and copper tape on the soil surrounding Peperomia Tetragona. I would also prefer to use eggshells as snails and slugs dislike them.

Fungus gnat is mosquito-like insects that feed on stems, algae, and roots of the plant. They are about the size of 1/8 inches in length and are black in color. The fungus larvae are the ones that pose a problem to plants.

They are the ones that invade houseplants in numbers. They are mostly present in standing water in the pot, so it is essential to have the soil dry between watering Peperomia Tetragona.

To make sure the larvae don’t evolve into adults, make sure not to over-water, especially in the dry and winter season. Even if they are present, make sure the soil dries up to a depth of 2 inches before watering. I would suggest using yellow sticky traps to trap the fungus gnats as they are attracted to yellow color.

Spider mites are small pests that are not visible to the naked eye; they flourish when it is dry and hot. Peperomia Tetragona, being infested with them, will have wilted leaves and brown spots on the foliage.

They are seen as small dust roaming on leave; they produce a web-like structure under the leaf. Red spider mites can be controlled easily using predatory insects or mites; the pesticide or neem oil are other remedies for spider mites.

But it’s best to provide water to Peperomia Tetragona to keep it moist to prevent its infestation from the very start.

Is Peperomia Tetragona toxic to animals and children?

How much time does it take for Peperomia Tetragona to reach a mature size?

It depends upon how much sunlight, water, and humidity is provided to them. Peperomia Tetragona would grow faster when loads of indirect sunlight and moisture is provided.

Peperomia Tetragona blooms all year round; although they have pretty flowers, they are mostly kept of their beautiful leaves.

Can Peperomia Tetragona be grown on a balcony?

Peperomia Tetragona is a suitable plant that can be grown outdoor and indoor, so a balcony is a right spot. But do bring it inside when it’s the start of the dry season; otherwise, they would wilt.

Is Peperomia Tetragona a succulent?

Peperomia Tetragona is a small plant that is quite similar to the Hoya family, and they have succulent features like fresh leaves and stems to store water in them.

Should I cut Peperomia Tetragona flowers?

How much time does it take for the cuttings of Peperomia Tetragona to root?

Peperomia Tetragona is one of the adored houseplants to keep for new plants and gardening.

It is a low maintenance plant; therefore, it didn’t get the nickname “loving neglect” for no reason. Without making much effort, this plant puts everyone in awe over the tropical appearance of its foliage.

The decorated and aesthetic pattern on the leaves mirrors the remarkable features of Peperomia Tetragona, which can be displayed in any room in the house. It makes the best out of every spot and spreads its freshness in the air to provide a comfy look. 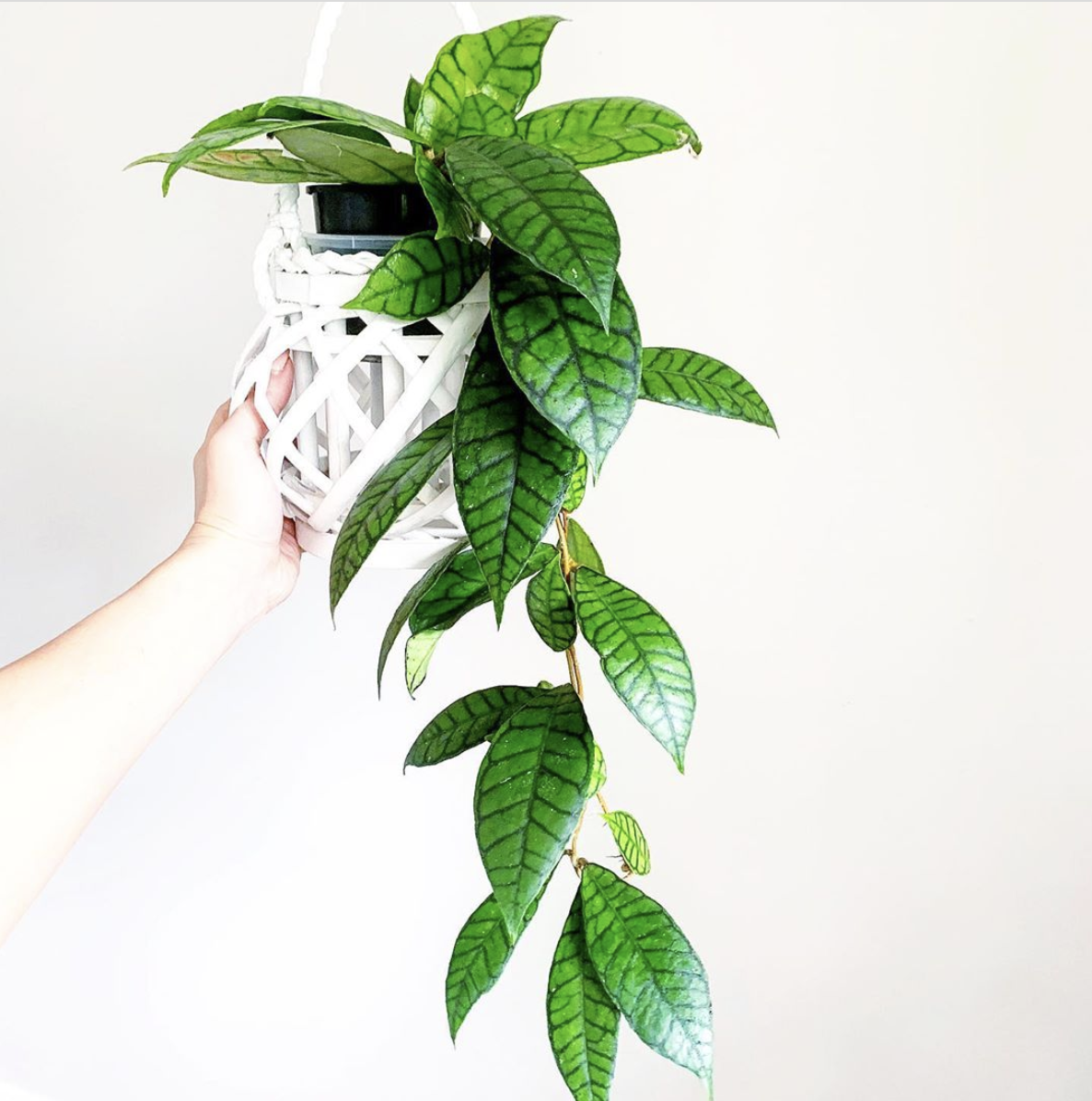 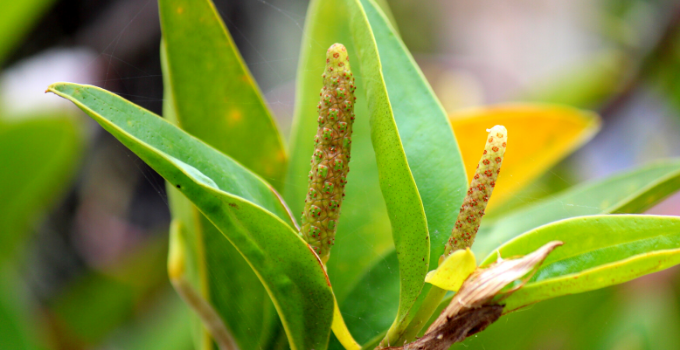