Having a houseplant that is not only breathtaking but also good for your home is quite the catch! Did you know that there are plants that can actually purify the air while having attractive leaves?

Members of Piperaceae, or the Pepper family, do just that! Peperomia ginny, or the Tricolor plant, is an incredibly popular new variation that has been added to the group.

Being referred to as a “pantropical” plant, members of the Pepper family are found in the tropical regions of both hemispheres. They’re also known for being quite pungent.

The Tricolor plants sport large bold leaves where the innermost regions are dark green, with the edge being various shades of pink. 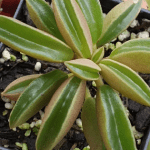 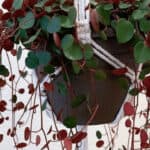 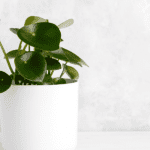 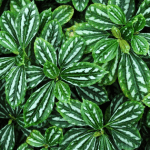 
These plants make for great houseplants, as they are adaptable, easy to care for, and a good size.

The best place to start with the care of a Tricolor plant is to provide them with a well-draining soil that has equally mixed parts of organic matter such as peat moss and perlite. Watering should be thorough but not constant to prevent root rot. Keep temperatures between 15-26°C (60-80°F). Tricolor plants are fine with just about any light as long as it isn’t direct.

The number one aspect for a Tricolor plant’s soil needs is that it has to be well-draining. They also prefer to have a fair amount of organic matter within the substrate. We suggest finding a soil mixture that has a fair amount of peat moss and perlite in it.

These materials should be equal in their overall amount. Other soil options include anything that is either sandy or loamy since they tend to drain better than most.

Fortunately, they have a relatively high pH tolerance that lies between 6.1 and 7.8 units.

Taking one look at the foliage of a Peperomia ginny plant, it isn’t hard to tell that they are rather sensitive. The pink tint around the edge of the leaves is what gives it away!

Once again, this plant proves how adaptable it is by being perfectly fine when placed in anywhere from low to bright light. Fluorescent lighting isn’t even all that lacking for a Tricolor plant.

It is absolutely vital that you do not let the leaves of your Tricolor plant be hit with direct sun.

This will cause significant damage to the foliage. Bright, indirect sunlight is best but opt for a bit more shade if that’s not an option.

One of the neat adaptations of tropical plants is their ability to store water. Those large, fleshy stems and foliage can retain liquid. In the wild, this is used as a survival strategy during large droughts.

The soil does need to be thoroughly saturated during watering sessions, with the opportunity to dry out completely before being hydrated again.

In fact, overwatering is a common issue amongst Peperomia owners. To avoid root rot, aim to water your Tricolor plant every ten days or so, checking the soil to make sure that it’s properly drying out between sessions.

Given the fact that this is a pantropical species, you would assume that they want their environment to be relatively warm. That’s not entirely false! Their downfall is when the temperature dips too low.

Keeping a Tricolor plant indoors makes that a lot easier. As long as your house doesn’t fall below  55 degrees Fahrenheit (12 degrees Celsius), you’ll be fine.

The best range to shoot for is anywhere between 60 and 80 degrees Fahrenheit (15 and 26 degrees Celsius).

Despite being a tropical plant, this member of the Pepper family doesn’t rely on humidity as much as you would think. Most plants in these types of regions require regular misting on top of being watered weekly.

The Tricolor plant does not do well when its soil becomes overly saturated and soggy. This means that they only prefer the humidity of an average houseplant.

Misting the leaves once a week should suffice as long as you check that the soil hasn’t been doused in too much water.

One of the nice things about a Peperomia plant is that they don’t need much help when it comes to producing blooms. They typically grow pretty quickly, especially if given enough water within the growing months.

If you wish to, you can give your Tricolor plant a little boost with a water-soluble solution. Adding this during the warmer times of the year can help them to grow their blooms more quickly.

We suggest that you pick a season to implement this schedule as giving fertilizer to a Peperomia plant in both the spring and summer can be a bit too much.

Salt buildup from the solution that you use may impact your plant’s pH levels, so be sure to flush it out with a thorough watering.

Propagation in general can be a tricky process depending on the type of plant you own. Fortunately, it isn’t all too hard for individuals in the Pepper family! Tricolor plants are typically propagated through leaf cuttings.

As the name suggests, this involves making an incision on the stem and putting it into water. Sound too simple? We’ll explain the steps involved later on in the article.

The entire process generally takes about a month, which isn’t terrible for propagating a plant!

Pepper plants aren’t known for growing at a quick rate, even if they don’t need help producing blooms. The mature size of these plants is generally around 6 to 12 inches (15 to 30 centimeters) in both height and width.

Tricolor plant leaves take up the majority of this size. It takes them about a month to even see roots when growing these plants from scratch. At least they live more than a few years!

Being slow growers, the need to move them to a bigger pot isn’t as dire. Interestingly enough, they really don’t care for being repotted too frequently. This will be seen in the deterioration of their foliage.

That bright pink color will shift to that of a faded pastel color. This does not mean, however, that you should avoid repotting your Tricolor plant if it has completely outgrown its current living situation.

You should expect to have to go through this process every two to three years during the warmer months.

Leaf cuttings are the easiest way to propagate a Tricolor plant, though this isn’t the only method. You can also opt to do this through stem cuttings. The most popular method is through leaf cuttings, so we will focus on the steps involved in undertaking this endeavor!

The first thing that you should do is prep for a successful propagation experience. Make sure that you have sharp scissors, a healthy plant with consistent growth, and a pot for your new plant to grow. You can also opt to use some rooting powder if you’d like the extra boost.

Locate the leaf that you wish to cut from the parent plant, making your incision at the point of intersection between the leaf joint (or petiole) and the attached stem. You’ll then want to act rather quickly.

If you do want to use a rooting powder, do that at this point by taking the exposed end of the cut and dipping it into the substance.

Now is when you’ll want to not waste time in planting your new Tricolor plant cuttings. The cuttings should be upright within the soil, even though they won’t necessarily stay standing.

This is due to their large leaves, which you can cut in half to lessen the weight.

Place a hole-filled plastic bag over the top of your potted plant and keep it from getting too much sunlight, since they are especially vulnerable at this time.

You should start seeing roots within a month or two. Make sure to remove the bag every couple of days to give them plenty of air during this process.

Tricolor plants are relatively easy to care for, but there is always the chance that something will happen along the way. Knowing the more common issues will set you up for success!

If the leaves seem pale in color, it’s your plant saying that something is wrong with the soil. More often than not, this symptom will be a direct result of soil that has been watered down too much.

The best solution would be to wait to add more water until the soil is given a chance to dry out. You can check the top layer of soil to see when to continue implementing your watering schedule.

Water issues are the culprits of wilting in just about any plant. This can go in either direction. Both under and over-watering can result in the same end result, where the leaves are pruny and curl in on them.

Given the fact that it could be either problem in regards to watering, we suggest that you first treat it as though you’ve given your Tricolor plant too much moisture.

Add a little more time between watering sessions. If the soil still seems a little too dry, slightly increase the time in which you would add more.

Having a happy Tricolor plant isn’t all that difficult to maintain, as long as you take the necessary steps to ensure that their needs are met. Here’s a small cheat sheet!

Are Peperomia easy to care for?

Compared to most tropical floras to adorn your home with, the Tricolor plant is a great candidate due to its hardy nature. They have a wide range of tolerable characteristics such as temperature, humidity, and lighting. Members of the Pepper family are known for being great beginner plants!

Are Peperomia plants toxic to cats?

Pet owners can rest easy knowing that this plant is not toxic when ingested. Sure, your animal may not have a good time consuming those large leaves, but there will be no trip to the vet’s office!

Why does my Peperomia plant have drooping leaves?

The drooping of leaves is in relation to the moisture that a Pepper plant lacks. The best way to tackle this is to mist your flora more frequently. If that doesn’t work, increase your watering sessions as well.

The Tricolor plant is a great tropical addition for any household that doesn’t want to have a finicky flora to care for. They’re quite hardy, being able to withstand a wide range of needs including temperature, humidity, and lighting.

We’ve noticed that the consensus for these plants is to keep them out of bright light and to make sure that they are not receiving too much water. With all of these needs taken into consideration, you should have a fun, lively Pepper plant! 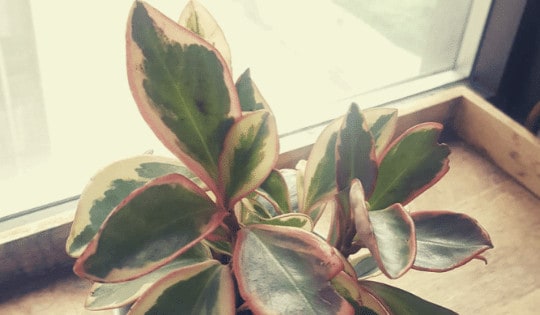