What Potting Mix to Use for African Violets – The Answer!

African Violet, also known to be Saintpaulia belonging to the family of Gesneriaceae, is famous for its fuzzy cluster of blooms in the colors of purple and pink.

What Potting Mix to Use for African Violets?

A potting mix using peat moss with vermiculite and perlite works great for African Violets. The ratio should be 50:25:25.

The mix contains two cups of peat moss with one cup of vermiculite and one cup of perlite.

There is also an option of making a soil mixture of only two ingredients by using peat moss and vermiculite or perlite.

This potting mix is a 50:50 ratio—one cup of peat moss to one perlite or vermiculite cup.

This potting mix is 100% organic and contains additional soil microbes that are good for the health of the soil.

It is sustainably made and can be used indoors as well as outdoors.

This potting soil for African Violets contains fertilizer that feeds the plants for up to 6 months.

It contains Peat Moss and Perlite as well as a wetting aid and the said fertilizer for African Violets.

It’s better first to pasteurize (heat treat) all the ingredients to prevent any disease infestation.

Fill a pan with soil mix and cover the top with aluminum foil.

Place a meat thermometer in the pan and bake it in the oven at 180 degrees Fahrenheit (82 degrees Celsius).

The mixture should be baked for an hour, and the temperature must be constant. The beneficial bacteria present in the soil mix must be kept alive.

After an hour, remove the aluminum foil and let the mixture be aerated for four days. If you want to increase the aeration, try stirring several times a day.

Whenever you need to choose any potting mix for African Violets, make sure to know its main components. The main ingredients are the magic that protects and aids your plant to grow.

Here are the main components that every grower needs to be aware of before choosing any potting mixture or tries to “DIY” a potting mix for African Violets.

Peat is one of the essential components of the potting mix. This ingredient is taken from the wetlands, where there are water and dead vegetation. Most of them include tree trunks, leaves, moss, grass, roots, and stems.

Peat moss is primarily replaced with coco coir due to its eco-friendly properties. Peat moss has excellent water retention properties.

It is also acidic and helps to maintain the pH of the soil as well.

Compost is a mixture of decomposed organic matter that helps to retain water in the soil. It also aids in aerating the soil.

Sometimes compost is also added into the potting soil. Although compost is weak compared to peat moss and coco noir, it is still added in small quantities.

Compost does contain nutrients that help in the flourishing of the foliage and stems. This ability makes it perfect to be used in the potting mix.

Perlite is made from volcanic origins and is also a mineral. It has the finest porosity and can hold a considerable amount of water in the soil.

Perlite is in the form of white specks that are added to the potting mixture. It is added with peat moss to improve the drainage of extra water in the soil.

It prevents the soil from becoming water-logged and spreading infestations. Perlite helps to improve aeration in the soil and creates holes for oxygen to enter.

Perlite has no nutritionist ability and has neutral pH between 7.0 -7.5.

Vermiculite is another option that is taken in comparison to perlite.

Vermiculite is another mineral mica rock that is heated to about 2,000 Degrees Fahrenheit (1,093 degrees Celsius).

Vermiculite is in the form of spongy fragments that helps to absorb water and nutrients ten times better.

It retains moisture in the soil and minerals like magnesium, potassium, and calcium–elements.

These elements help the plant to grow and thrive.

Sand is also sometimes used in potting mixtures for African Violets. It can improve drainage in the mix, which is very beneficial for the growth of plants.

Sand is heavy, which is why it is barely used in commercial potting mix. While creating a mixture at home, sand’s weight can pose no issue when it is added to the potting mix.

Coco peat is coconut husks that can carry water in heavy amounts. Coco peat or coir also provides aeration and is better than the Peat moss, thanks to its high retention.

It is used as an active material for the potting mix.

Coco peat or coir is formed in compressed bricks that are soaked in warm water before being used.

The constant use of Coco peat or coir can lead to decreased aeration.

They are slightly less acidic compared to peat.

Frequently Asked Questions about a Potting Mix for African Violets

What type of soil can be used for the African Violet?

African Violets grow effectively in loose and well-drained soil. Whenever you are about to use any soil mixture for African Violets, you also have to consider factors like humidity, heat, and light. Use a mix of coco coir or peat, vermiculite, perlite, and sand as well as potting soil.

What kind of Potting Mix do African Violets need?

Can You plant African Violets in Regular Potting Mix?

A preferred potting mix for African Violets doesn’t contain any soil or dirt in the mixture. It also helps to keep the soil moist and drain extra water from the soil.  Regular potting will work but make sure they are well-draining. The right potting mix will be light and well-drained with effective aerating abilities. Add perlite or vermiculite for added airiness. 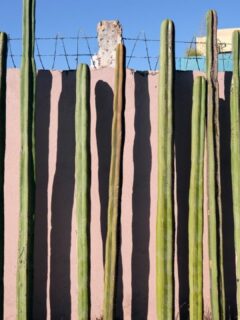 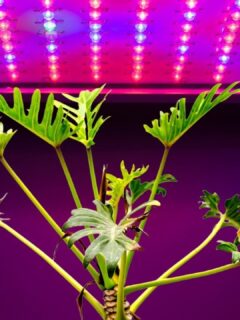 Next
The 13 Best Houseplants for Growing under Artificial Light
Comments are closed.