Skip to Content
Have you ever wondered if propagating Monstera without node works? Excuse the bad grammar but this is probably how most of us will look for the correct answer on the interwebs. If you do wonder if it is feasible, this is the perfect article for you.

You may have received a cutting from a friend or a stranger. You may have bought a flower arrangement or you have found a Monstera leaf. 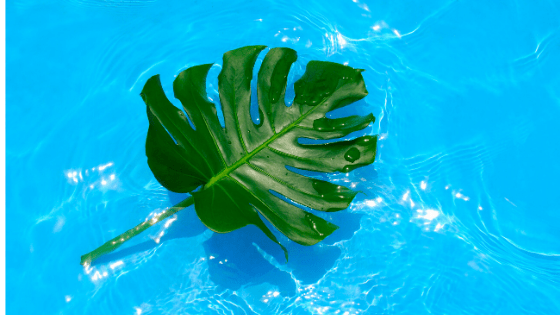 What comes to your mind is that you would like to propagate this Monstera cutting. You do research on the internet on “propagating Monstera without node” for plants such as the Monstera deliciosa or Monstera adansonii.

You find many articles and conversations about how it is done and read about nodes. When having a look at your cutting you realize that it is a mere leaf and some kind of stem.

You cannot find any area that looks like the nodes described on multiple websites and forums but you decide to try it anyway.

Propagate Monstera without node? Is it even possible?

Before you are getting too excited, let’s get right to the point. Propagating a Monstera with just a stem and no nodes is not possible. A stem itself is not sufficient.

At least one node is necessary to successfully propagate a Monstera plant.

You can however put a leaf with a petiole in a vase and it will look good for months. A petiole is a part that connects the leaf to a stem.

A node on the other hand is where the petiole connects with the stem. Each leaf has come out of a petiole before.

Aerial roots on the other hand are roots that come out of the stem. If such are present the chances of successfully propagating a Monstera cutting increase. 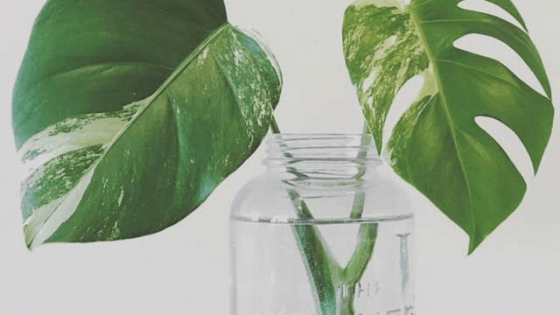 Monstera Deliciosa cutting with air roots and a node

Let’s now look into what a node is in more detail and what a good cutting that can be propagated looks like.

Can a Monstera cutting without a node grow roots?

The interesting thing with a Monstera cutting without a node is that it might actually grow roots eventually.

When you keep your Monstera without a node in a glass of water for several months, it might actually grow roots.

But don’t be fooled, even when the Monstera cutting grows roots it will never turn into a full plant. People are posting questions and pictures of Monstera cuttings without nodes almost every single day. 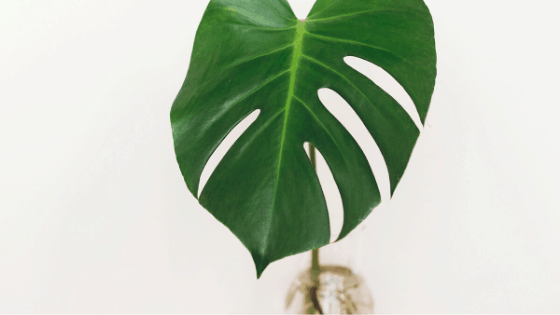 It is understandable that they would like to grow these cuttings into a full plant and the forming of roots reinforces the hopes of doing so.

Nodes and internodes in plants 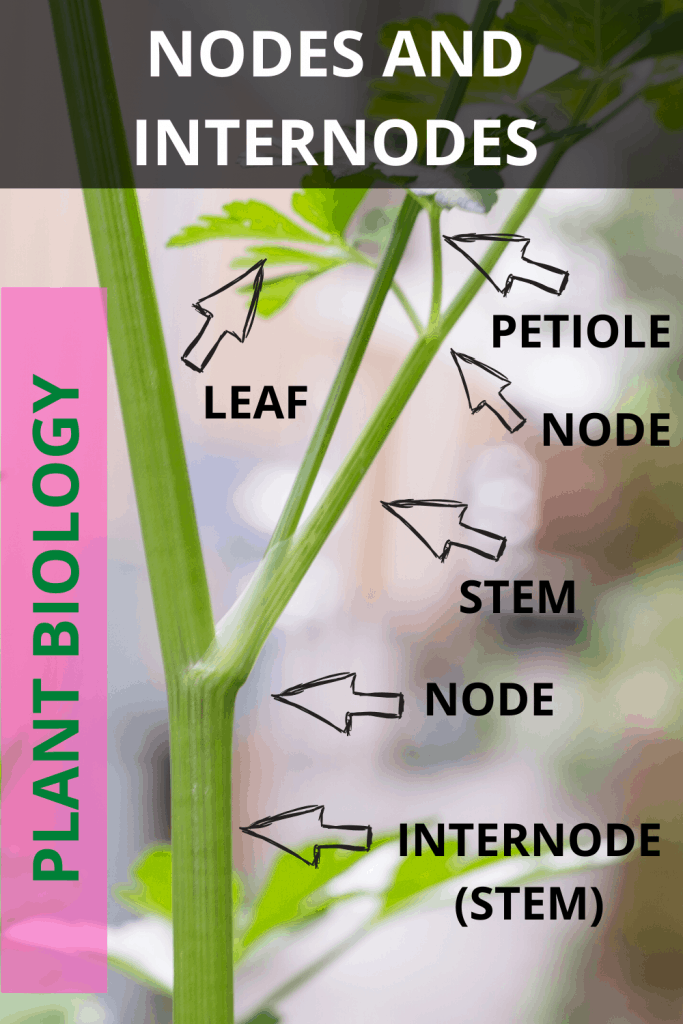 Plants consist of nodes and internodes. Nodes are the area where petioles grow. Petioles itself are the “stems” that the leaves are connected to according to Encyclopedia Britannica.

The area between two nodes is called an internode or stem.

What is a node?

A node can be described as an essential organ of a plant. Without one, you do not have a fully functional plant but merely a cutting that will never turn into a clone of your mother plant.

Nodes itself are controlling the growth of buds. Buds are where the new leaves, stems, shoots, or flowers are emerging from.

Where to find a node?

Notes can be found where the leaf, bud branch, or twig is. These sections of a plant always contain a node. Further signs of a node can be:

The node is the part of a Monstera plant where new roots and leaves, as well as petioles, emerge. It is brown and circular. Each of the nodes has the potential to grow one leaf and multiple roots. 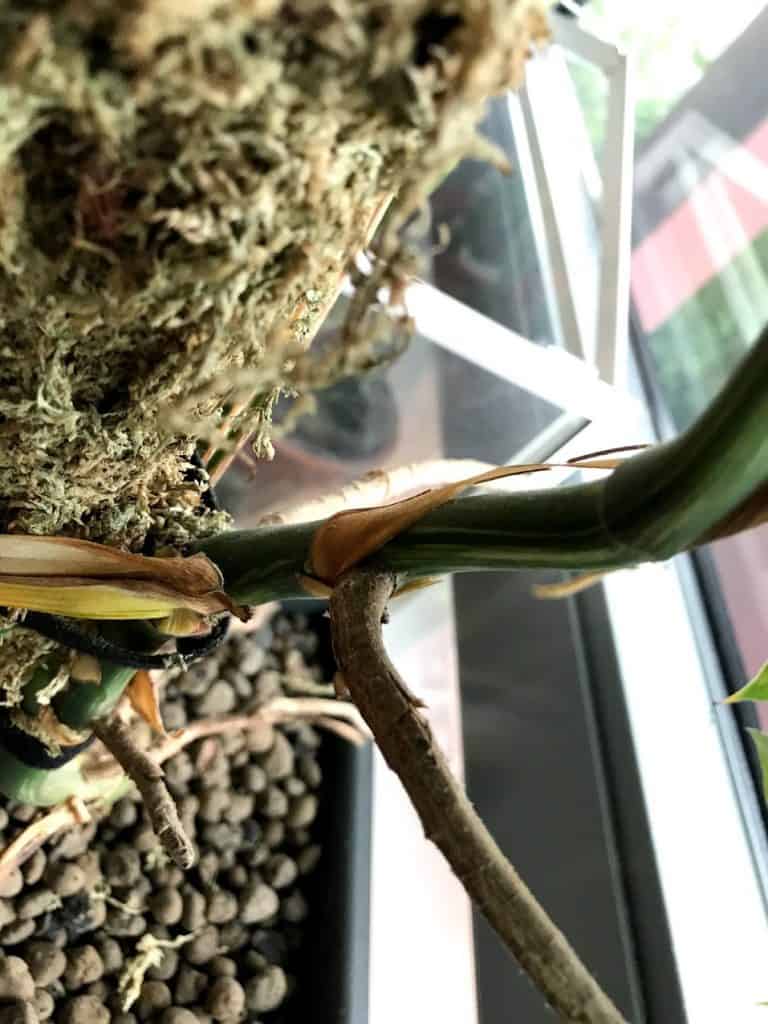 The roots that come out of a Monstera stem are called air roots.

Let’s now have a look at propagating a Monstera plant cutting without a leaf.  Is that possible at all?

You might ask if you can turn a Monstera cutting without a leaf into a full plant?

I can tell you from personal experience that this is possible as I have done it many many times. A leaf is certainly helpful as it speeds up the process considerably.

A Monstera cutting with a node and no leaf will take its time before it grows roots and eventually grows its first leaf.

A much faster way is to have a cutting that has at least one leaf. Stems with a node and no leaf are often called wet sticks on the interwebs.

People are joking about them as they are often sold for quite a lot of money. Especially if it is a Monstera Deliciosa Borsigiana wet stick.

However, the difference between a scammer and someone that sells you a viable cutting with the potential to turn into a new clone of the Monstera plant the cutting is coming from is whether the cutting has a node or not.

No node no new plant. It’s that simple.

Where to cut a Monstera for propagation

When cutting a Monstera plant, always cut just above a node. As we have learned the node is controlling the growth of new leaves, shoots, and buds.

The node itself will, therefore, make sure that your plant can continue to grow.

The cutting itself should also contain at least one node to be a viable cutting for propagation. Cuttings itself can be either cut from the top, called a top cutting, or any other section with a node.

Propagating Monstera without node, is it possible?

Propagating Monstera without node is not feasible as a Monstera cutting needs at least one node for propagation. The node is like the brain containing the blueprints for further plant growth. Without the presence of a node no new leaf can form and the cutting itself will not turn into a full plant.

Can a Monstera cutting with just a leaf grow roots?

Monstera cuttings without nodes can grow roots if kept in water for several months. These cutting however cannot turn into a full plant. A clone of the mother plant is not achievable.

Can other plants be propagated from leaves?

Can a Monstera cutting with a node and no leaves be propagated?

Monstera cuttings with at least one node are fully capable to turn into full plants. However, the lack of a leaf will significantly increase the time until new roots and a leaf are produced.

Conclusion about Propagating Monstera Without Node

Propagating Monstera without node is something you rarely do as the only benefit this would have is that you prune back your plant. Why not go a bit lower and include a node.

This way you get yourself a backup plan in case anything goes wrong or you have a cutting that you can gift a friend.

If you are anything like me you might want to trade or even sell your Monstera Variegata cutting to buy even more plants or to get a plant that you do not own yet.